As previously hinted, the next stop of the day was quite unforgettable. So unforgettable, that if I had not taken pictures, I might have thought it was a dream! When I recount this story to friends and family, I have jokingly been claiming that this stop was at a “magical creature port.” Since when our boat docked, we were greeted by the most adorable children, who each held in their hands a unique Amazonian animal. 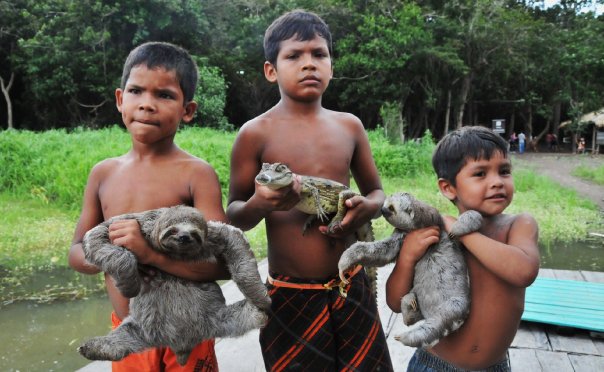 I did not know in that moment whether I should take pictures, talk to the children, or play with the animals? The first creature that was presented to me was a baby crocodile. Having experienced a wild one the night before, I decided to pass on holding it. 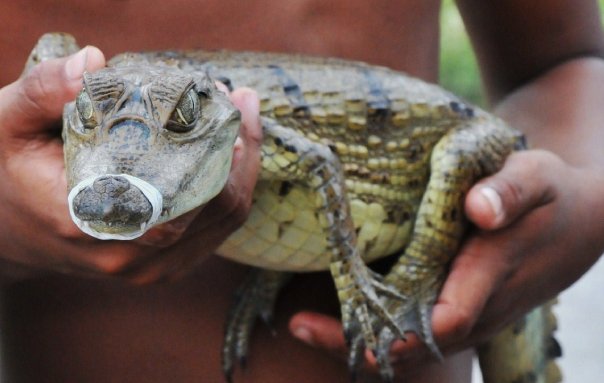 Although, I did not pass on holding the next creature that was presented to me, which was a sloth, or “lazy monkey” as the children affectionately called it. 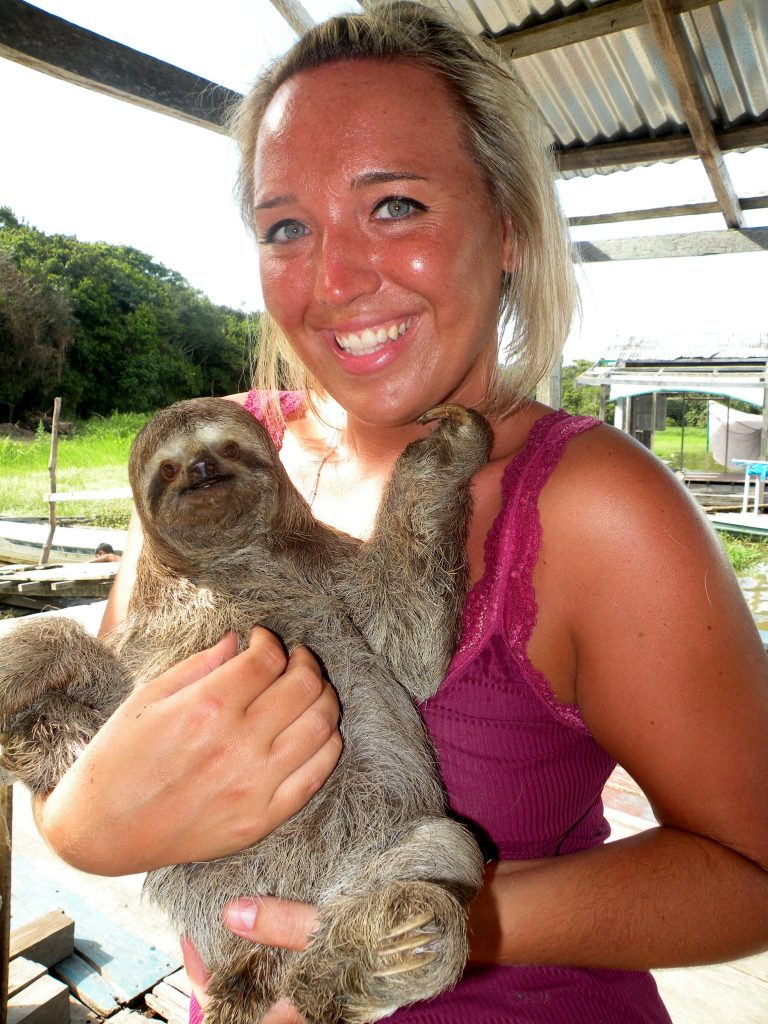 I cannot imagine a more adorable creature (and I have encountered some cute ones in my life). It took every ounce of being to not run off with it, especially when it reached up to my head and started to rub me in a very loving way.

After some more tender moments with my sloth, the children left with their animals and searched for their fathers. They claimed that they had an even more special creature. A couple of minutes later a gigantic anaconda was in front of my eyes. 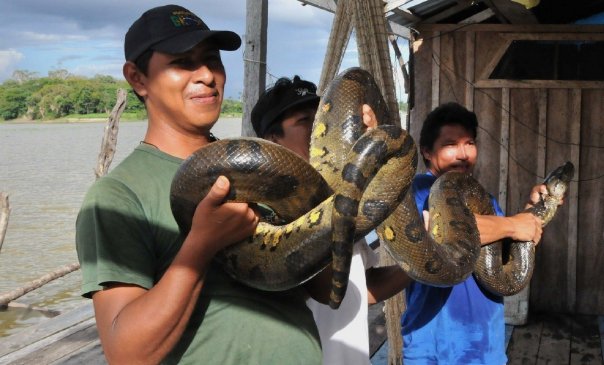 We all stood there in absolute amazement; part in awe of how beautiful this creature was and part in shock of how deadly this creature could be. Of course, I had to be the person who volunteered to put the anaconda around my neck. I will not lie, my heart was racing the entire time. I remember how surprisingly soft its skin was. I also remember how within thirty seconds of putting it around my neck, it began to try and suffocate me. At around the minute mark, it took two men to get it off of me. I guarantee you if I had left it around my neck for another minute I would have been dead. 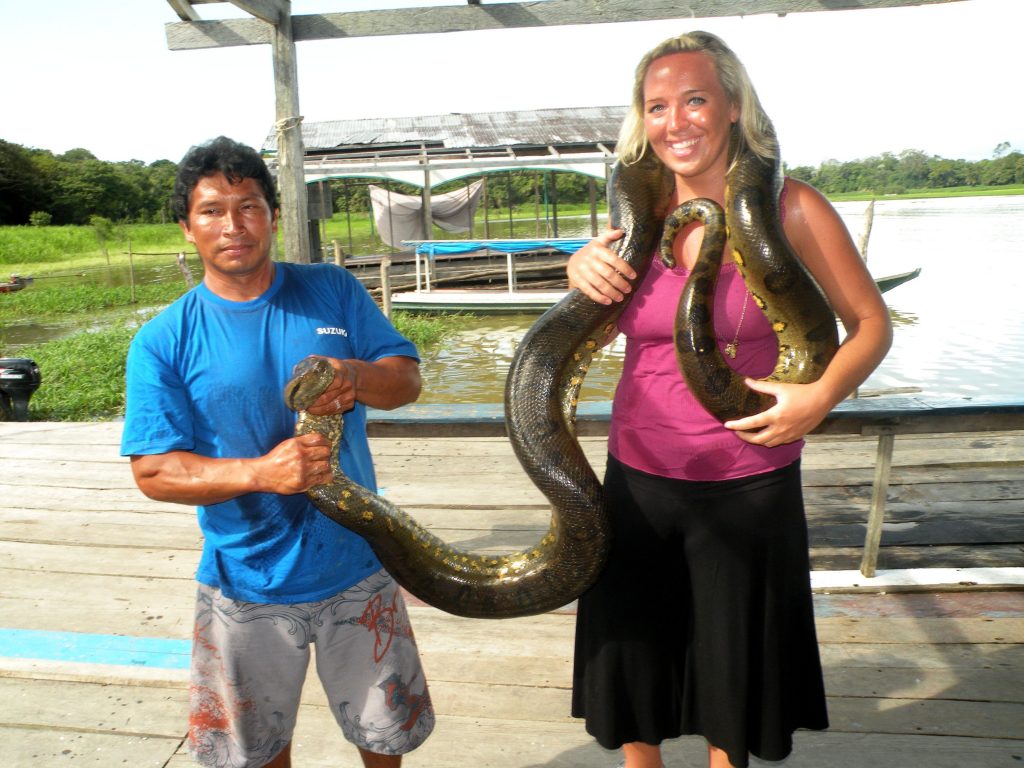 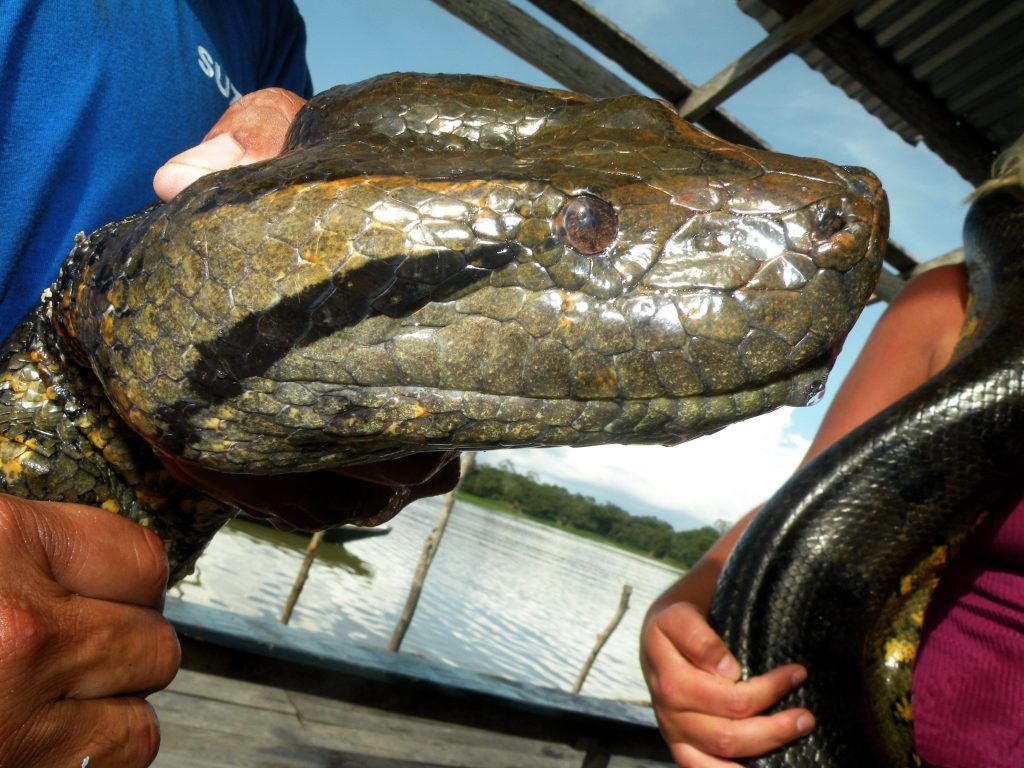 Due to there being no more new animals to play with and that I was a bit freaked out about the anacanda experience, we headed into the forest to visit one of the oldest trees in the Amazon. Was does an “old tree” look like you might wonder? And I would tell you: imagine its base being about the size of four cars side-by-side and a trunk that extended so high into the sky it was impossible to see where it ended. 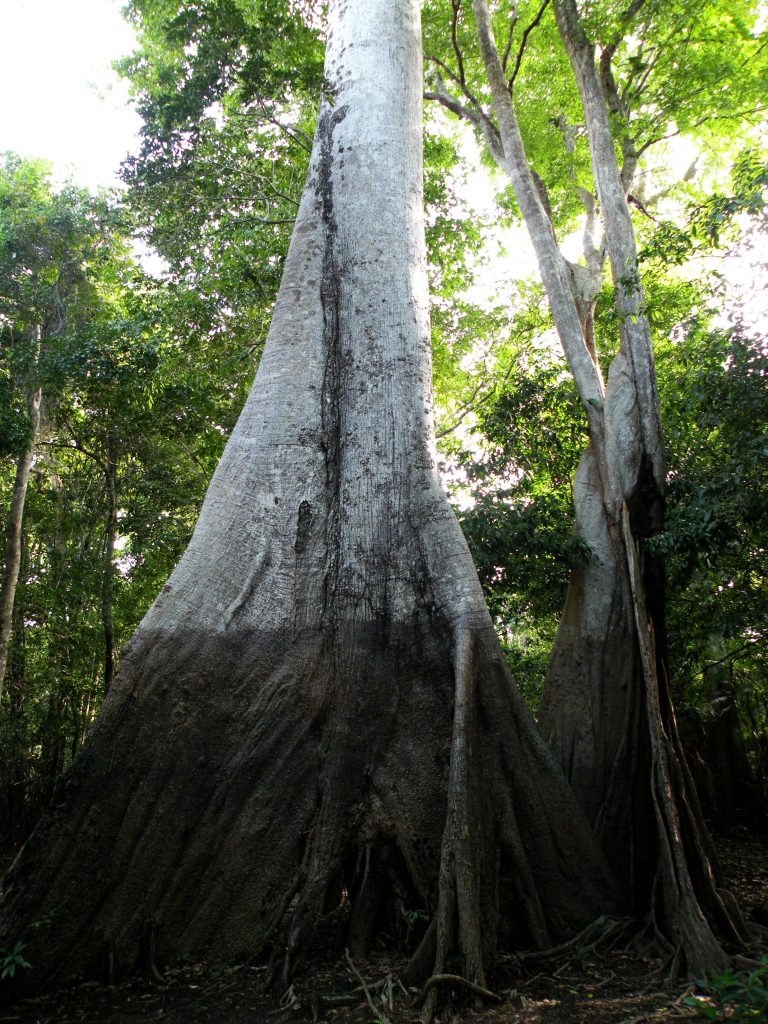 On our way back to the port I just had to see my sloth one last time. I found it being played with by two precious girls. 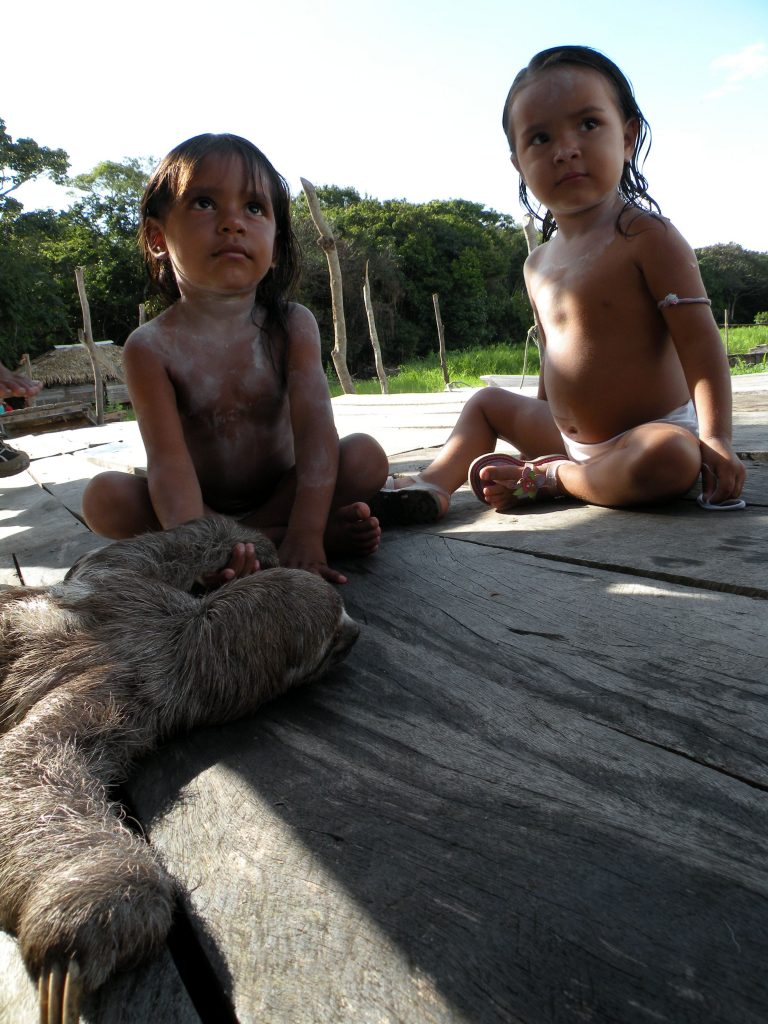 It was difficult to say goodbye to my friend, but I knew it was in good hands.

We had been told that this was our last stop of the day, however our guide said that we actually had time for one more stop to see another Amazonion creature before we were finished for the day. What other creature could it be?