I awoke after only a couple of hours of sleep with an abundance of energy.  I was ready to explore India!  In the morning we were touring Old Delhi and in the afternoon we were touring New Delhi.  While we were driving, I noticed that traffic was almost non-existent.  This was due to the fact that Good Friday is a recognized holiday in India.  I was very surprised to discover that, since I knew the majority of Indians identified themselves as Hindus.  My guide, however, explained that religious tolerance is important to most Indians.  Therefore, holidays from all of the major religions are observed throughout the year.

Our first stop of the day was to a beautiful Hindu temple.  We were not allowed to take pictures inside, nor were we allowed to wear shoes.  I know that most people would find walking around a public space barefooted to be gross, but I found that it made me feel very connected to the temple.  Plus, it was just beginning to get hot outside, so the marble ground helped cool me down. 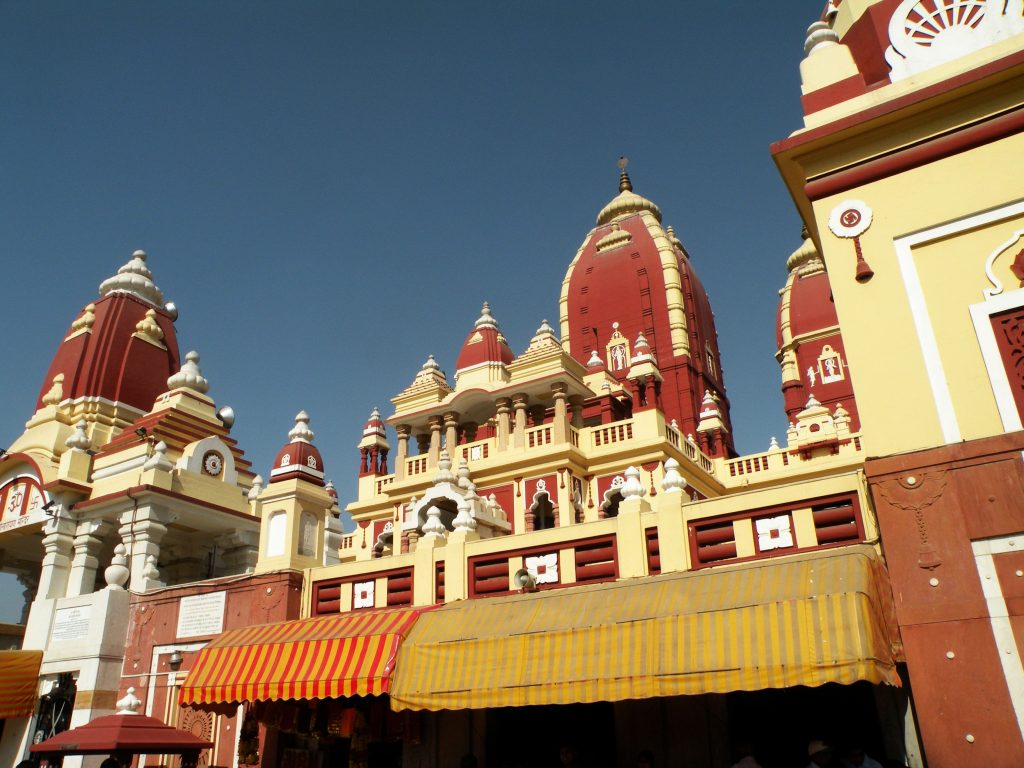 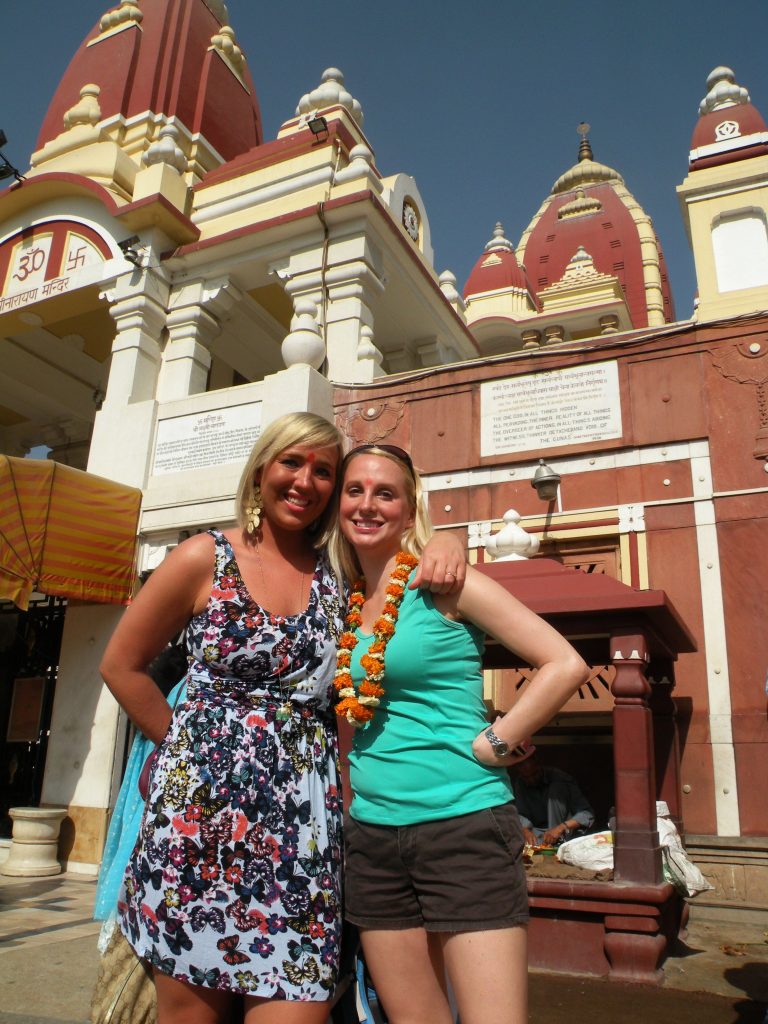 Me and Kristen with our first bindis of the trip.

Our next stop was to the Jama Masjid, which is India’s largest mosque.  Sadly, we only got about twenty minutes to wander the grounds, which did not leave enough time to go inside.  This is definitely one of the negatives about being on an organized tour.  Nonetheless, I enjoyed my precious twenty minutes.

I was able to take in the glorious view of the mosque.

Pose for pictures, as well as take pictures. 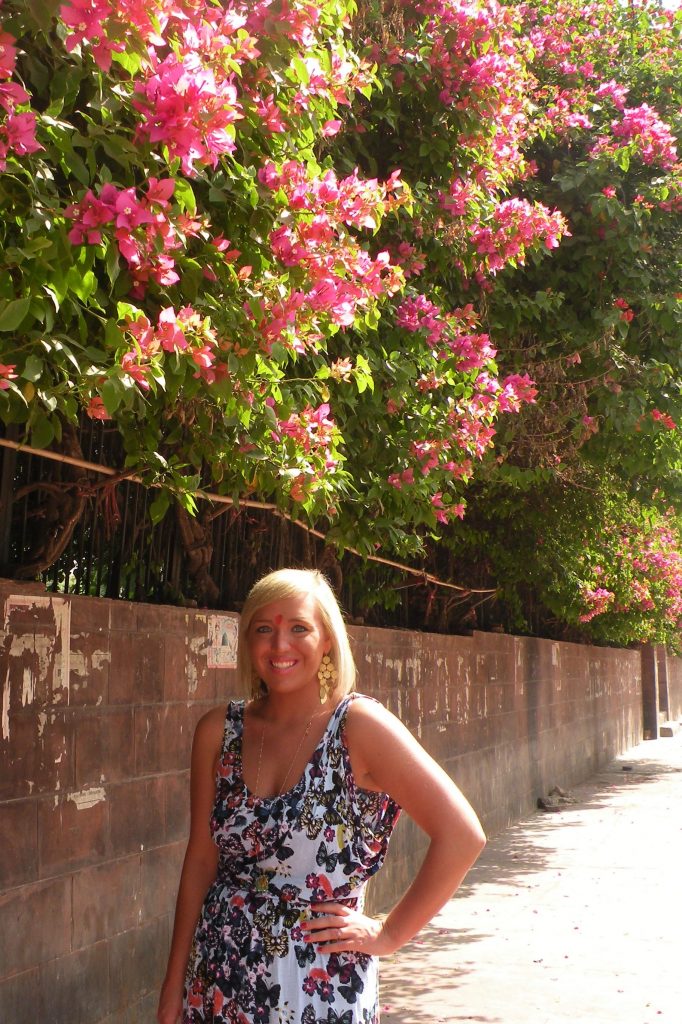 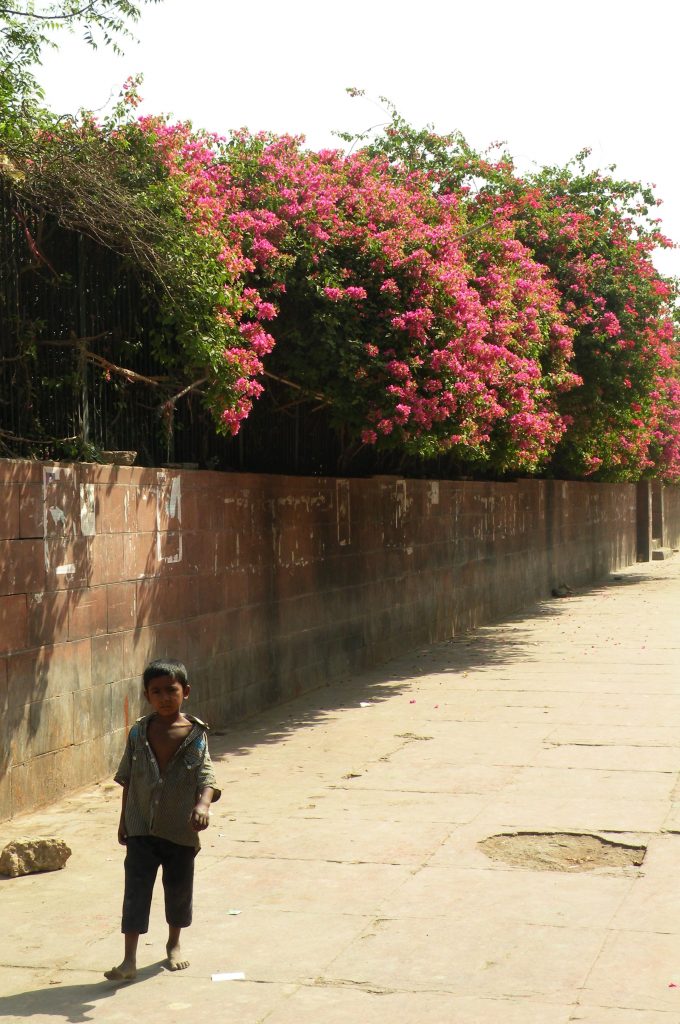 And, best of all, make friends! 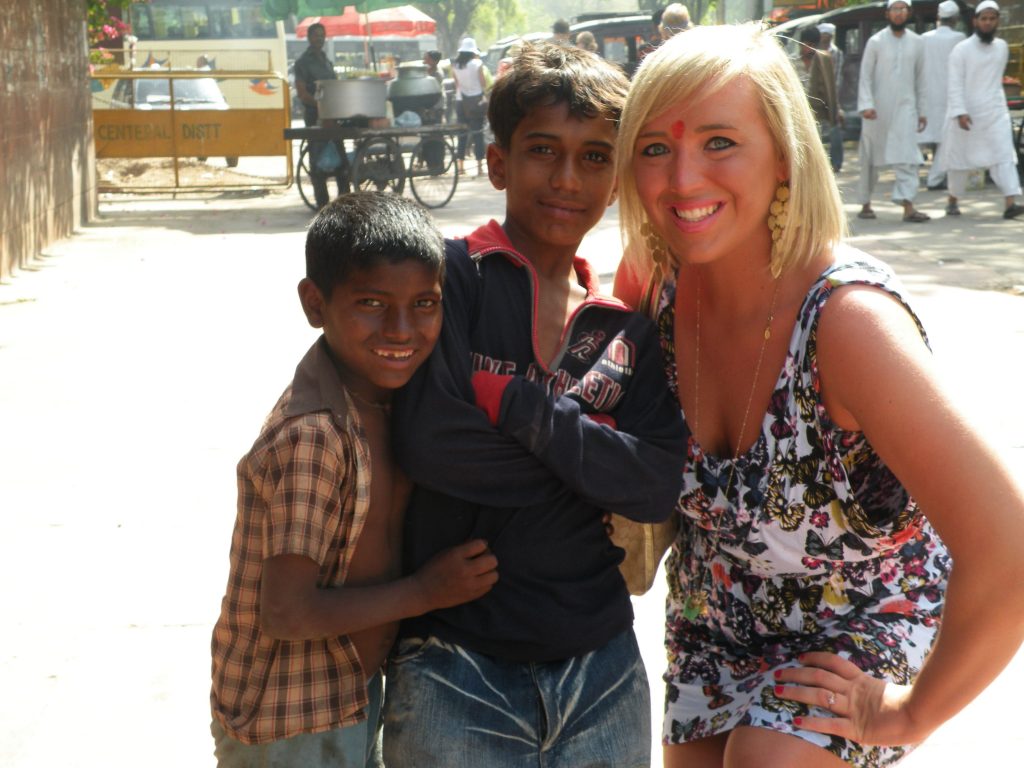 My two new friends were full of a lot of energy and kept asking me to take pictures of them.  In that moment I silently yelled at myself for not learning more Hindi before the trip, as I would have loved to have engaged them in some kind of conversation.  They both had vibrant personalities, as I am sure you can tell by the photos. 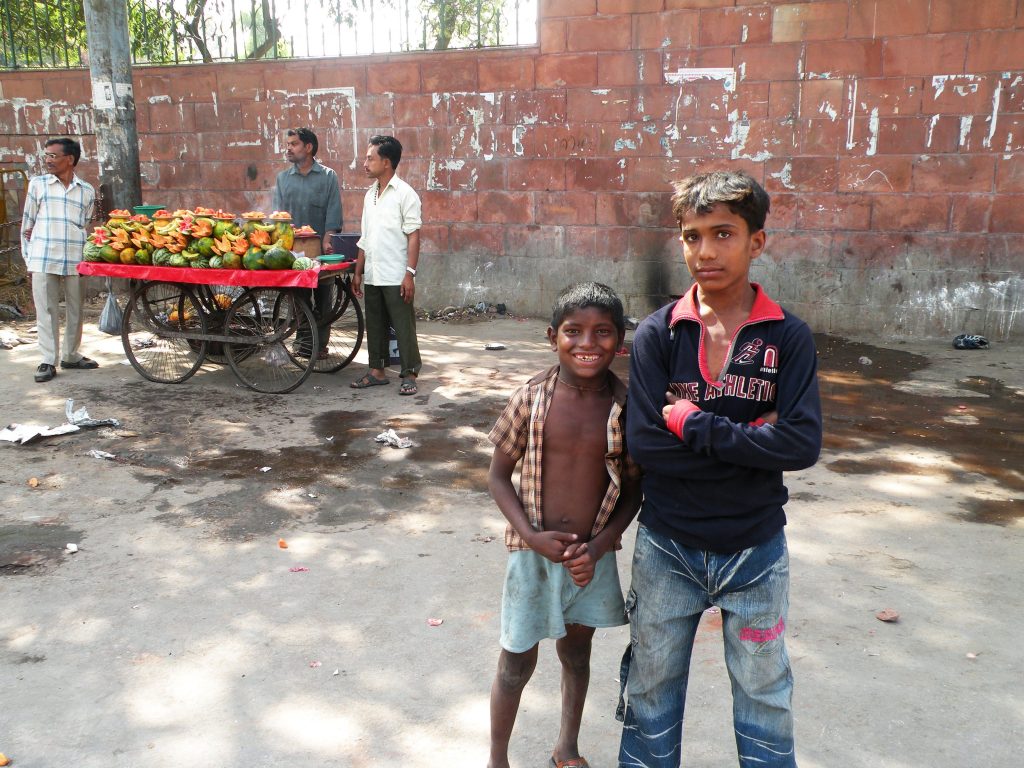 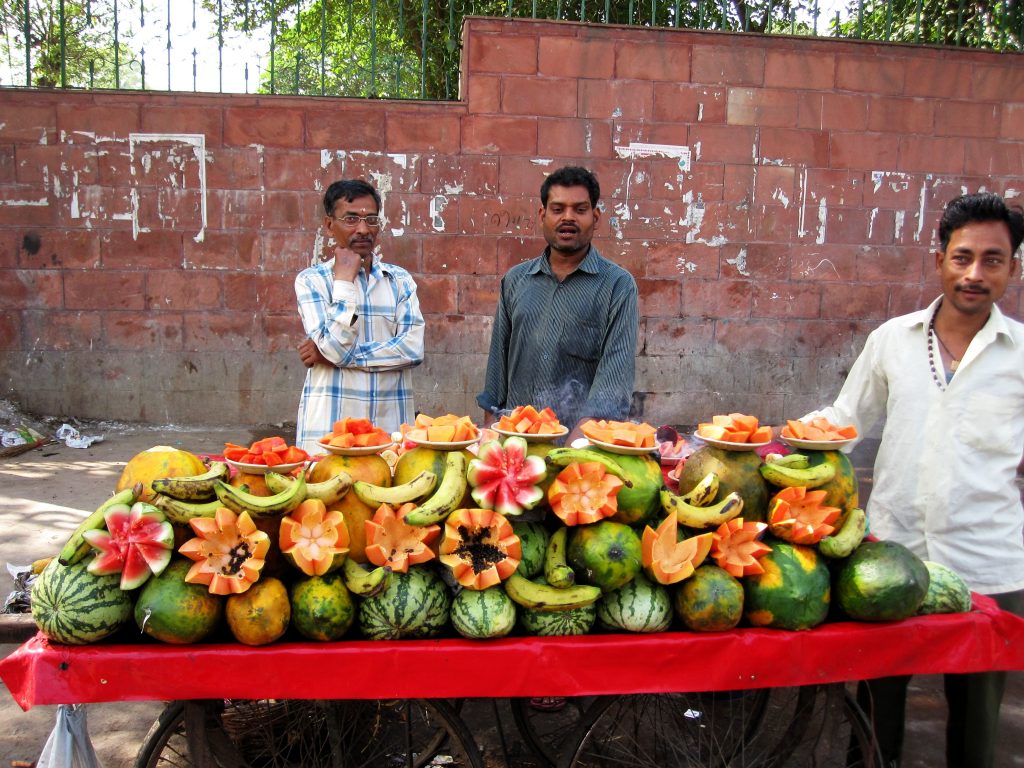 The mosque is located on a very busy central street and it is there where I got my first real taste of Indian traffic, which can best be described as ordered chaos.  I know those are two opposing words, but even though the traffic is a complete mess and no one is abiding to the rules of the road, it somehow works.  The nation does have one of the highest rate’s of car accidents in the world, although while I was there I never saw one. 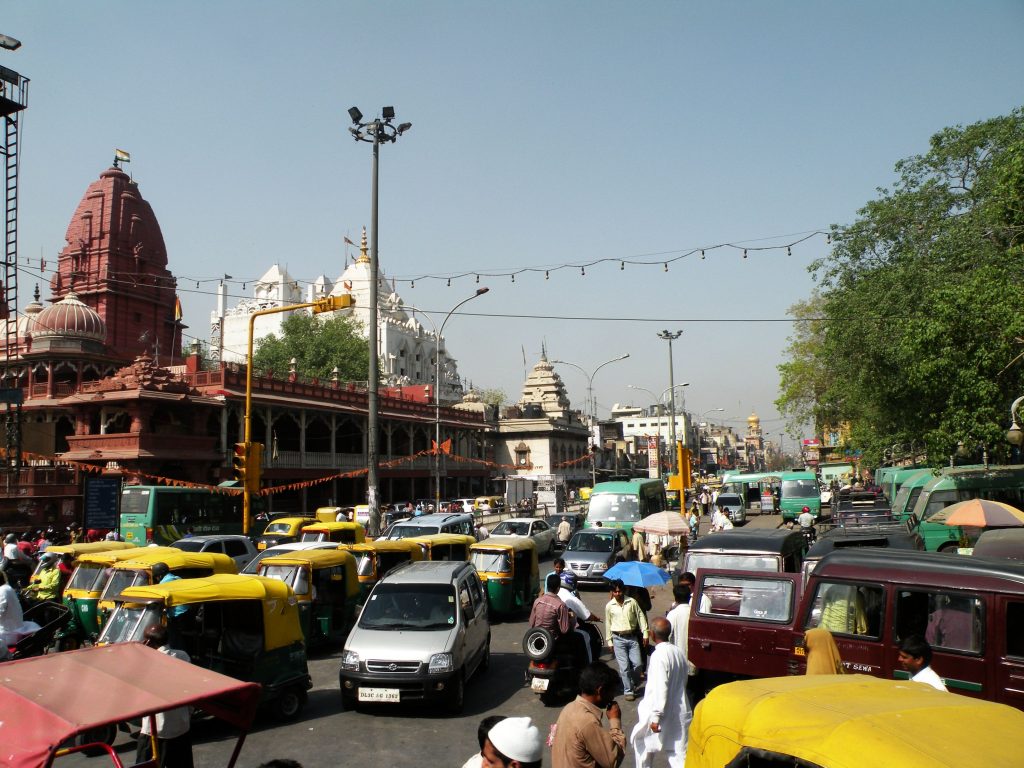 Our next and last stop in Old Delhi was to the Memorial of Mahatma Gandhi.  The memorial itself was small and simple, and I felt that was very fitting.  The eternal flame is to symbolize that Gandhi’s message and his legacy lives on forever. 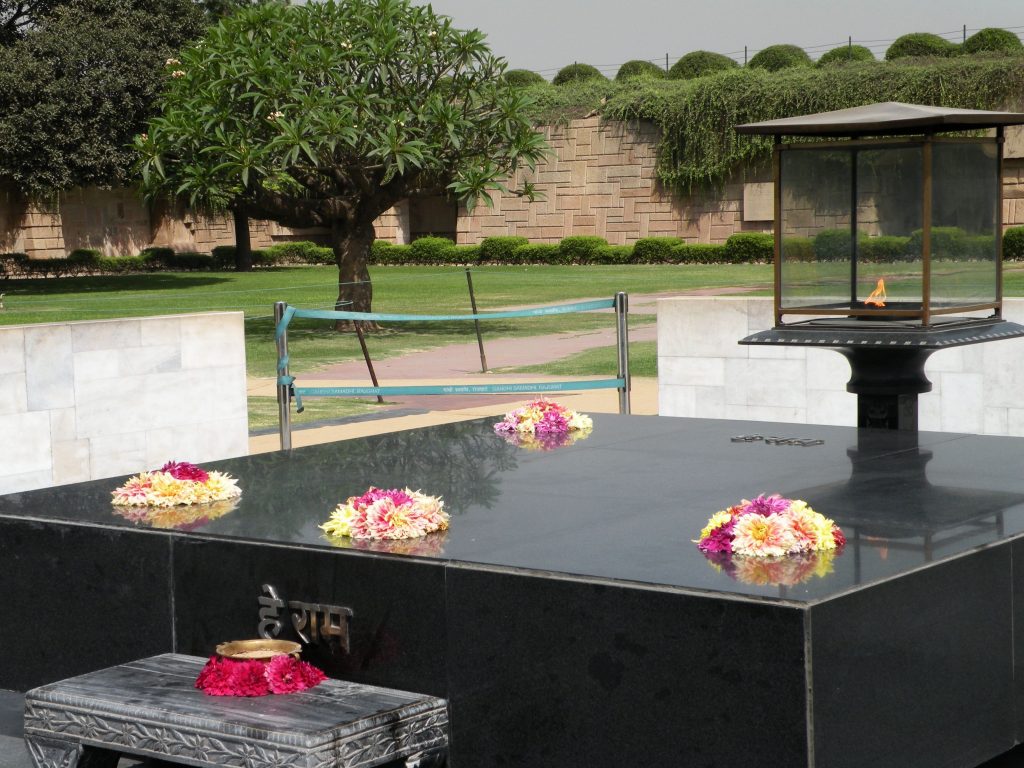 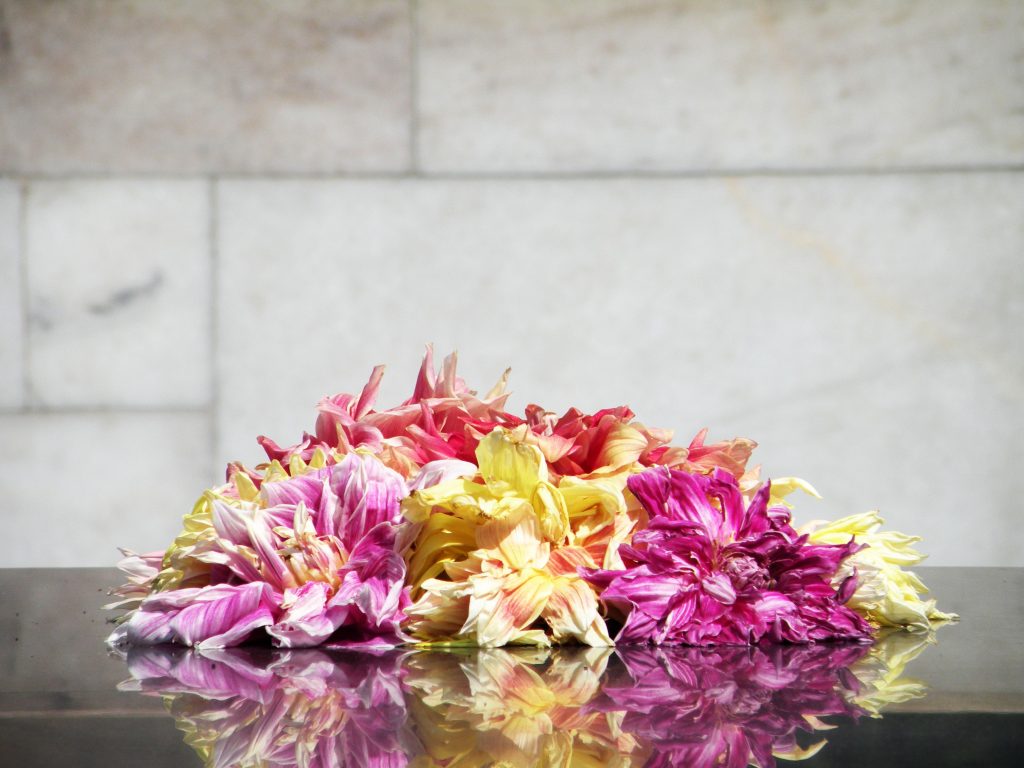 To be honest, I have very mixed feelings about Gandhi.  In College, I took a class that was completely devoted to him, thus I feel well-educated enough to form an opinion on the matter.  I will not go into great detail now regarding my opinion, as I do not want to offend or bore anyone.  However, I will say that I am wildly passionate about his practice of satyagraha, or nonviolent resistance.  I believe wholeheartedly that the only way to peace is through peace.

Having said that, I am disgusted by the fact that he abused his wife.  How can someone expect a world of peace, when he cannot even have peace in his own home?  Unfortunately, two other men known for their “peace missions” also treated their wives poorly, Martin Luther King Jr. and Nelson Mandela. 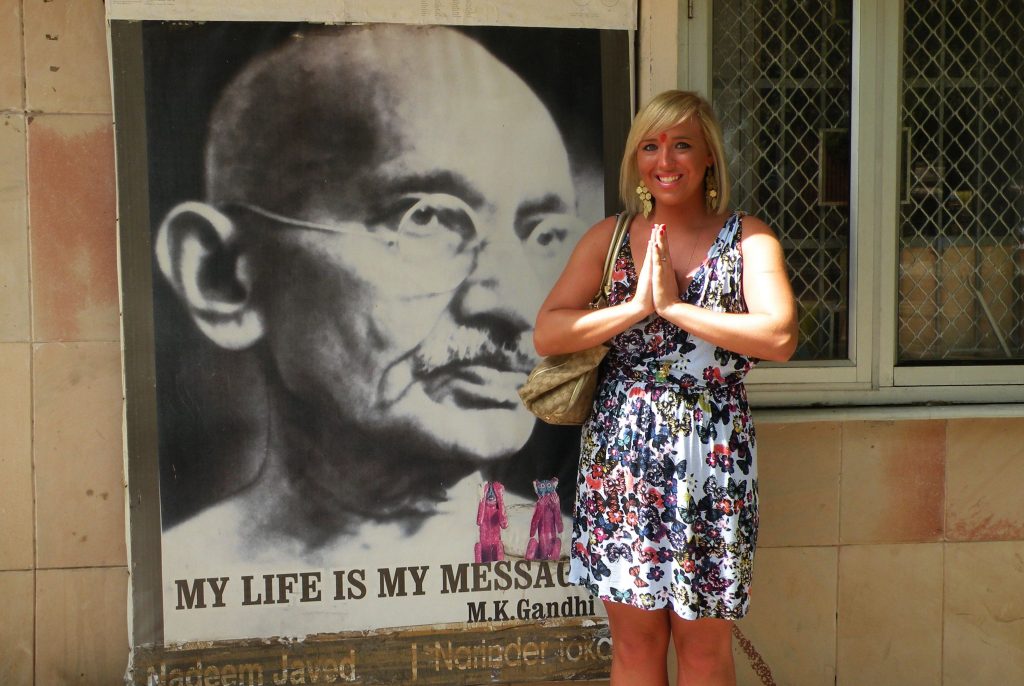