Lucas and I decided to dine at the restaurant at Casas Brancas.  We had the entire place to ourselves and while it was definitely romantic, I missed the energy that comes from a crowded restaurant. 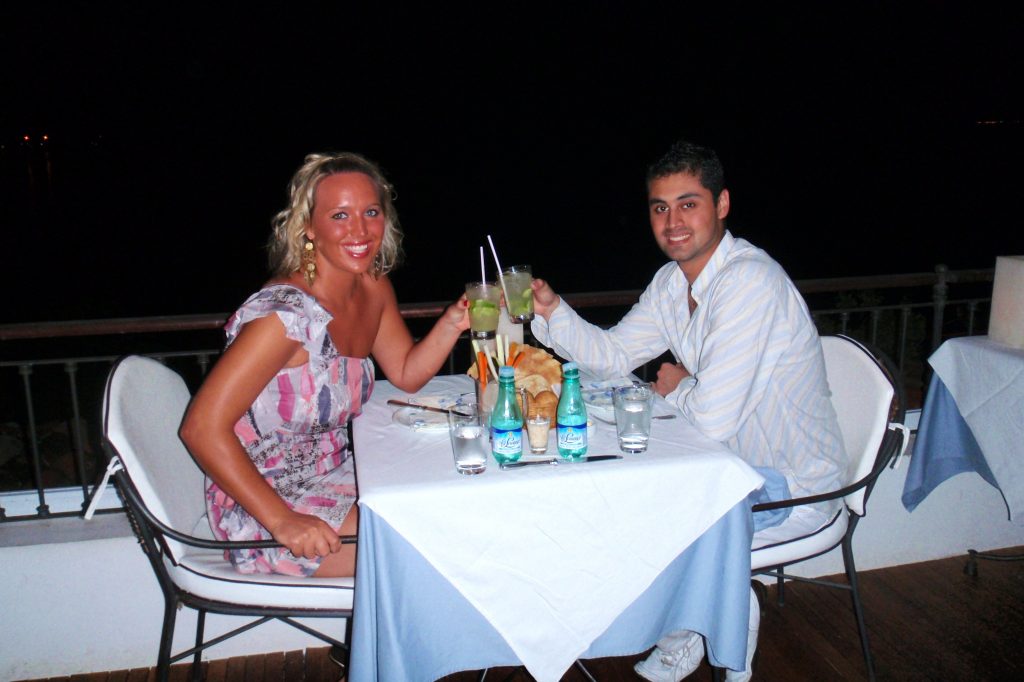 After our suburb meal, we took our time walking into town, as it was slightly past midnight and even though we were visiting during off-season, midnight was still too early for the clubs to be open.  Besides the beaches, Buzios is also known for its happening night life all-year-round. 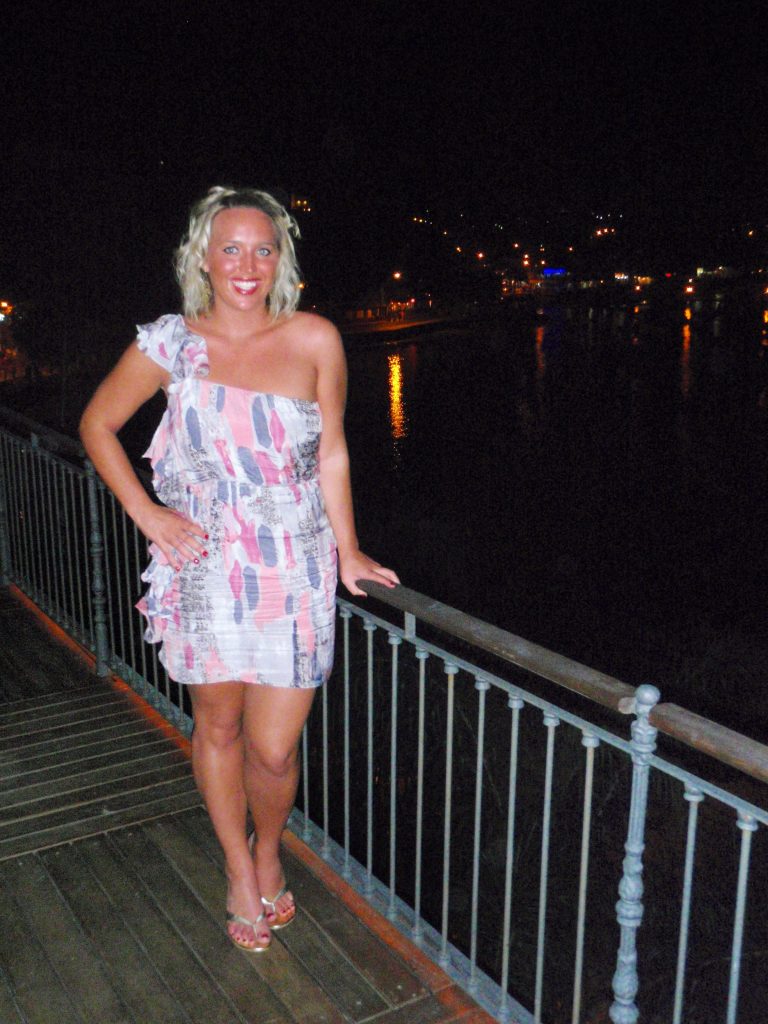 Along the way we passed by Brigitte again and we could not help but pose for some more pictures with her! 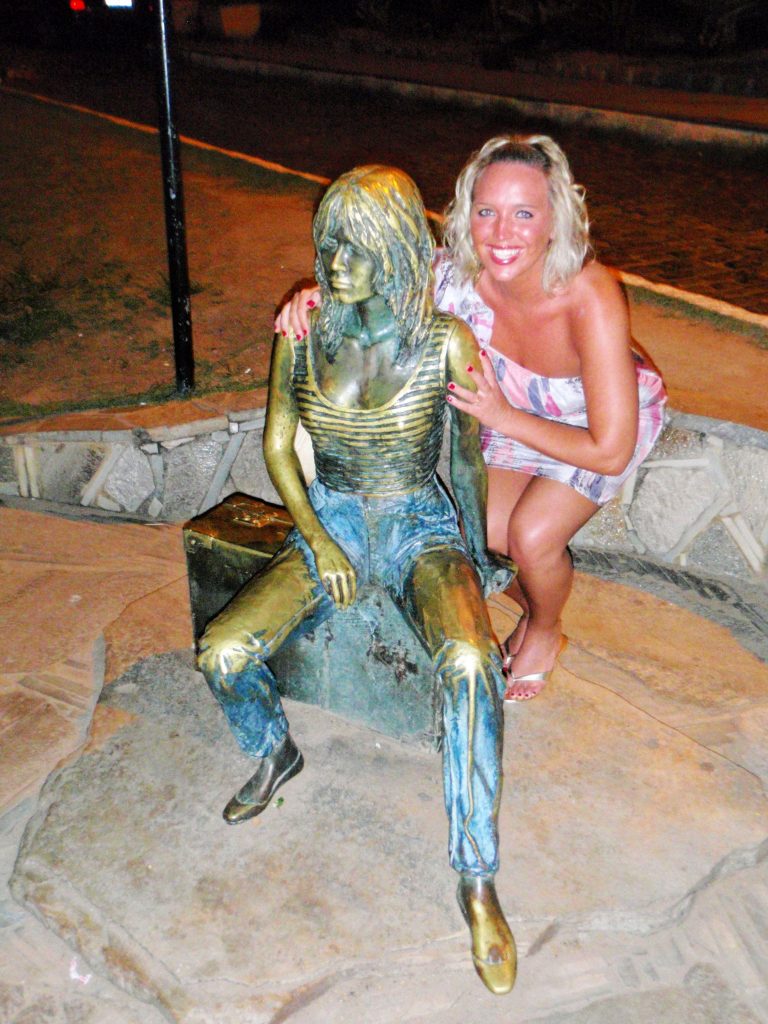 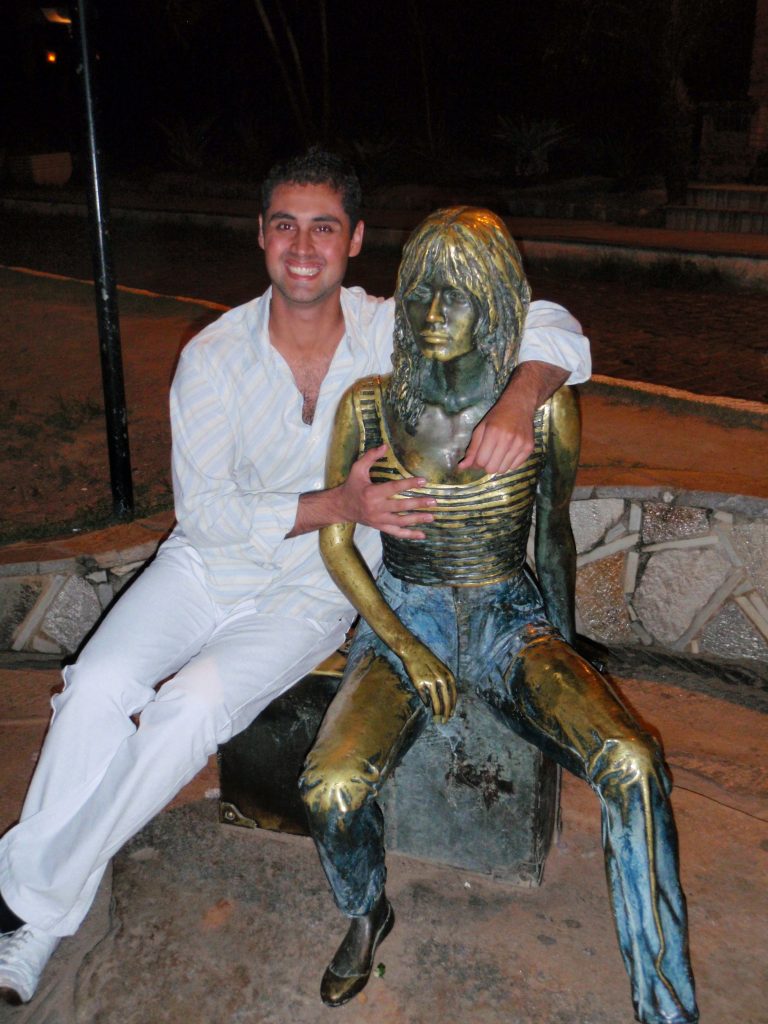 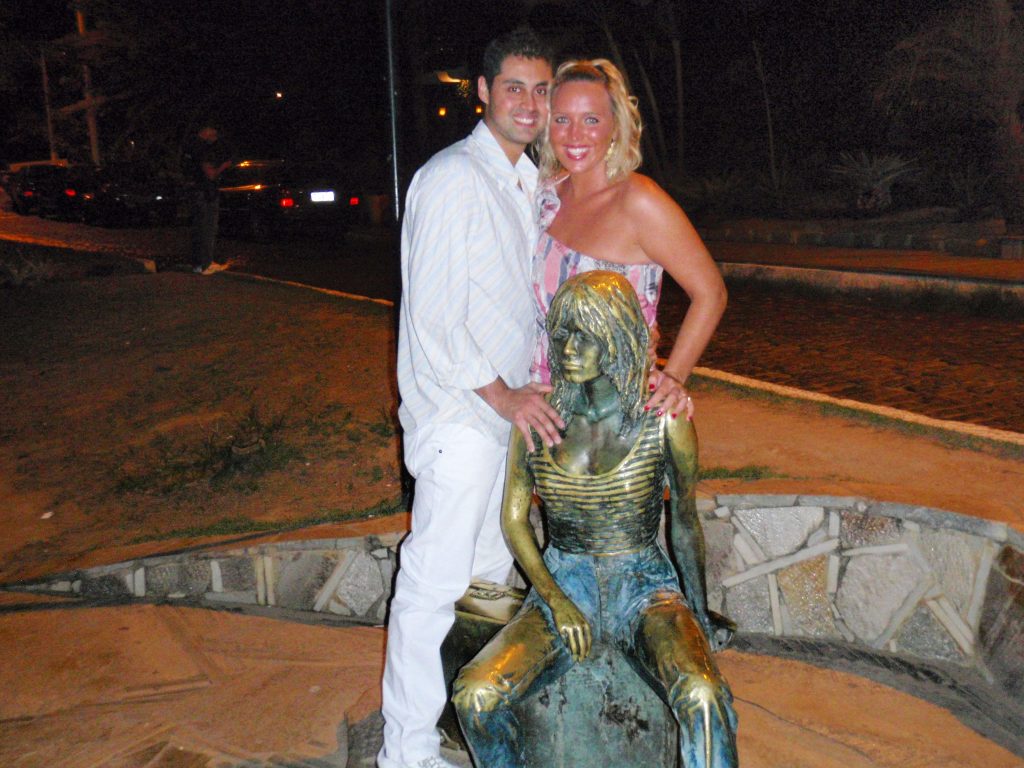 We stopped in some stores and enjoyed some ice cream to kill more time and then around 1:30AM we decided to go dancing at Pacha.  I have been to Pacha’s all over the world and I am always impressed with the fabulous atmosphere and music, however I doubt there is a Pacha with a better view than the one in Buzios. 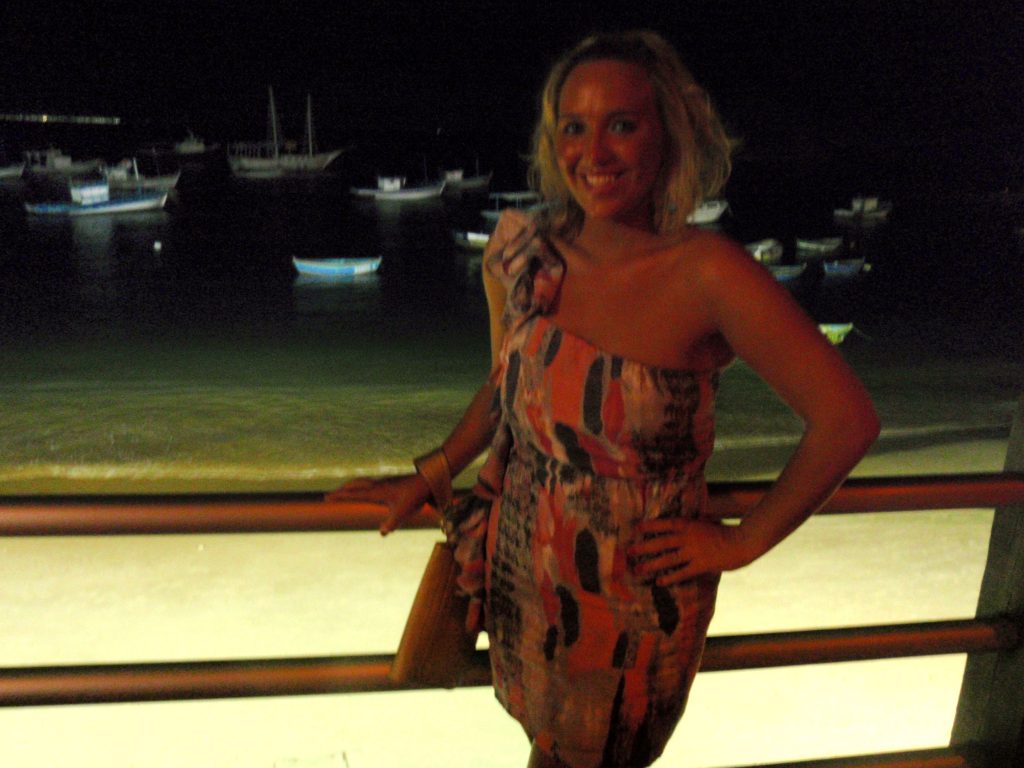 Around 4AM, which to Lucas was still very early since he is Argentine, we returned to our pousada.  As we drifted off to sleep, again with the doors open, we agreed that tomorrow we would rent a buggy and drive from beach to beach.
ANY_CHARACTER_HER