I must admit, a get a tiny feeling of jealousy when I read other traveler’s blogs and I see that they come from a family of travelers or at least a family that supports their traveling.  A lucky few even have family members that travel with them!  While I have an extraordinary family, they have absolutely no zest for exploration.  My Mother is deathly afraid to fly.  It is so bad that she updates her will before forcing herself to get on a one-two hour flight (that is the longest flight she will take).  My Father is 6’6″ and unless he is sitting first class, he has absolutely no desire to torture himself in a tiny airplane seat.  People who know me and my family just do not get where my insatiable need to constantly travel comes from.  And to further complicate things, not only do my parents not want to travel, they do not understand my traveling.  They are very curious people and love learning, but they both think that everything you need to know about life and the world can be found at Barnes & Noble.

Four years ago, my baby brother (there is a decade of age difference between us), began high school.  He had been previously studying Spanish and was now allowed to take a second language.  My maternal grandparents and my Mother encouraged him to take German, since they are from Germany.  I had just graduated from College with a major in Asian Studies and part of that major was having to learn an Asian language.  Since I knew that I was going into Chinese Medicine School, I chose Chinese (Mandarin).  When I graduated, many doors opened up to me due to my newly acquired language skill.  Thus, instead of German, I encouraged my brother to take Chinese.  At first my family resisted this idea, but after much convincing they acquiesced and my brother enrolled in Chinese.  By his Junior year he loved the language and was so good at it that he won a scholarship to spend a month in China studying it.  I kept my fingers crossed the whole time he was there that the travel bug would bite him, as I had been infected myself on a trip to China.  He returned having had the time of his life, though with no passion to keep on exploring, or so I thought.

As the end of his Senior year approached, he surprisingly announced that he wanted to study International Business with a focus on both the Chinese and Latin markets.  He also wanted to study abroad, in fact he wanted to spend the majority of his college education abroad.  My parents were shocked and I, on the other hand, became the proudest sister in the world!  He thanked me from the bottom of his heart for being an inspiration and for opening up his eyes to a different way of thinking and viewing life.  I wanted to celebrate and encourage this brave decision he was taking, thus for his graduation present I told him that I would take him anywhere in the world for two weeks; he got to choose the destination and I would plan the trip.

Well, I suppose I should not have been too surprised that an eighteen year old boy would choose the two biggest party cities in the world: Amsterdam and Ibiza.  Personally, I would have gone with a more exotic location, however a gift is a gift, and if that is where he wanted to go, then so be it.  I only asked that we make a quick stop to Barcelona in between.

I began searching the best possible way to plan this trip.  I had accumulated a copious amount of USAir points now that I was living in their hub of Charlotte, North Carolina again.  Since we were flexible on our travel dates, I played around for a couple of weeks on their website and just as I was about to give up on that idea I found RT tickets from Charlotte to Amsterdam for only 40k points each.  It would only give us ten days, nonetheless I booked the free tickets and then began the process of finding hotels and flights.  Thankfully, flights within the EU are very reasonably priced and we decided that since we saved a lot of money on flights to splurge on hotels.  Our final schedule would be: 1.5 days in Amsterdam, 2.5 days in Barcelona, 3.5 days in Ibiza, and 1/2 a day in Amsterdam again.

Words cannot express the excitement I was feeling the days leading up to this trip!  It had been 4 years since I had been in Europe and to be returning with one of the loves of my life felt like I was the luckiest person in the world.  I could not wait to show my brother all of the beautiful adventures (and misadventures) that came with traveling! 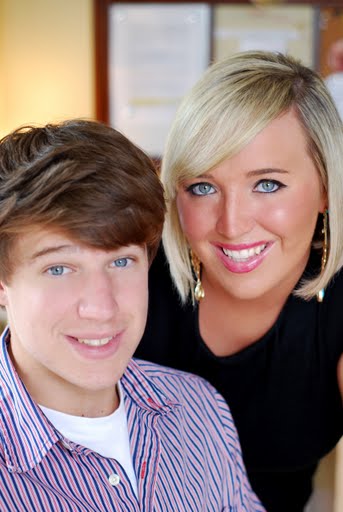 Just in case you were wondering, I would have been proud of my brother no matter what path he took in life.  I am just overly elated that I finally have a partner in crime within my family and that I get to visit him in the places he chooses to study in.  First up is Hong Kong!