I should let everyone in on a little secret now.  The entire time I had been in Europe, I was in some major pain.  It started a day or two before I left for the trip; my tooth had begun to ache.  I am not one to let anything come in between me and a trip, so I ignored it.  However, with each passing day, the pain became more intense.  And when I awoke on this day I truly wanted to pull my own tooth out.  Having said that, I decided to continue to ignore the pain, as I was determined to see more of Gaudi’s work and board my evening flight to Ibiza.

From our hotel it was about a thirty minute walk to Gaudi’s most famous creation: La Sagrada Familia, or the Church of the Holy Family.  Believe it or not, it has been under construction for over a century and is still not slated to be finished for another decade at least. 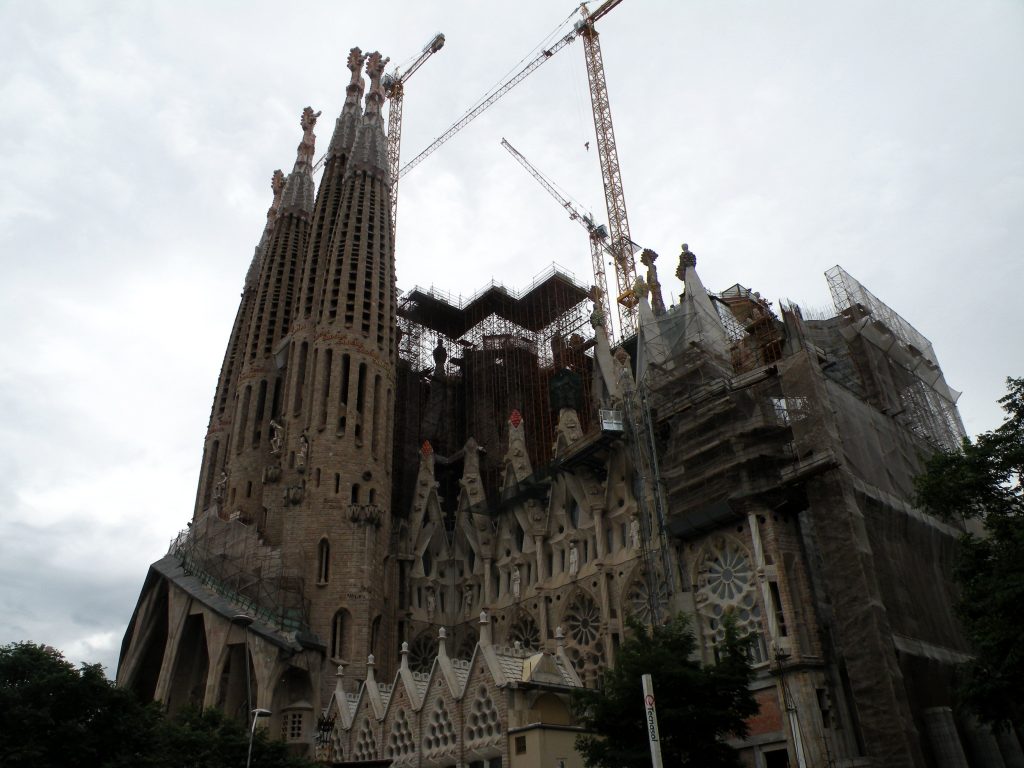 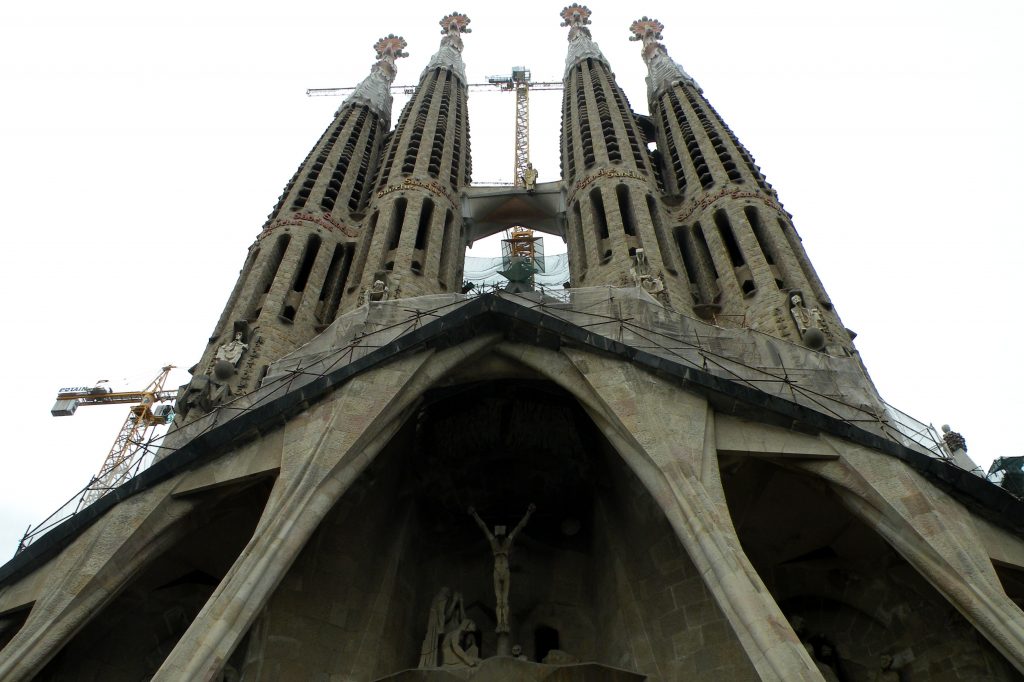 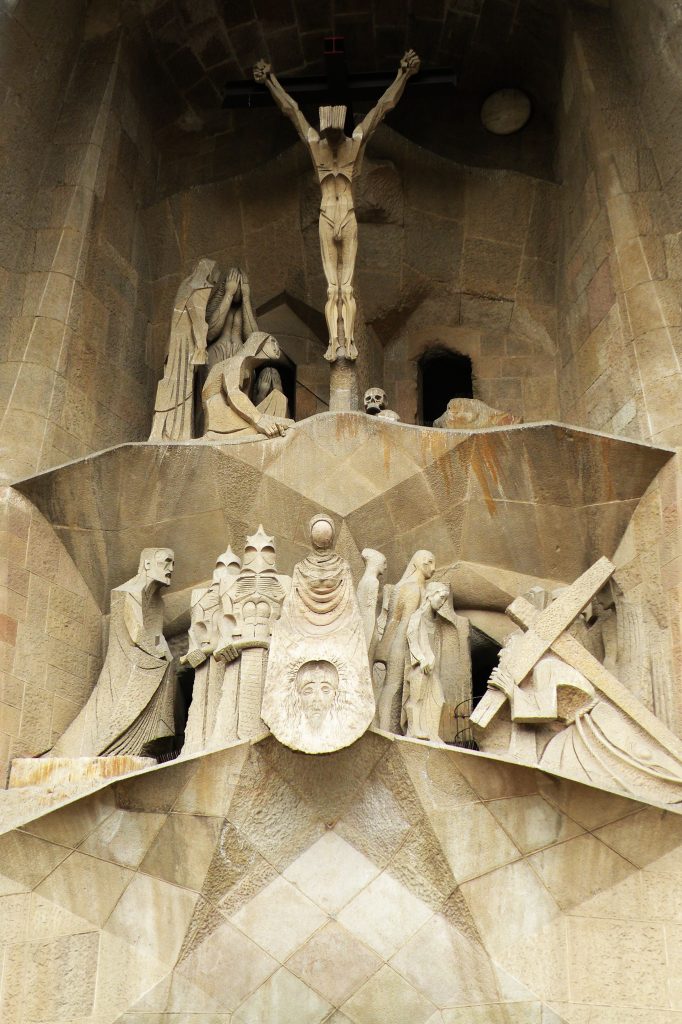 While it is a masterpiece, it is is not my favorite Gaudi creation, nor was it the one I was most excited about seeing.  That honor belonged to Parc Guell, which is where we visited next.  It required us to walk another forty-five minutes and this time it was straight up hill.  Between my sangria hangover and toothache, it was not the most pleasant stroll. 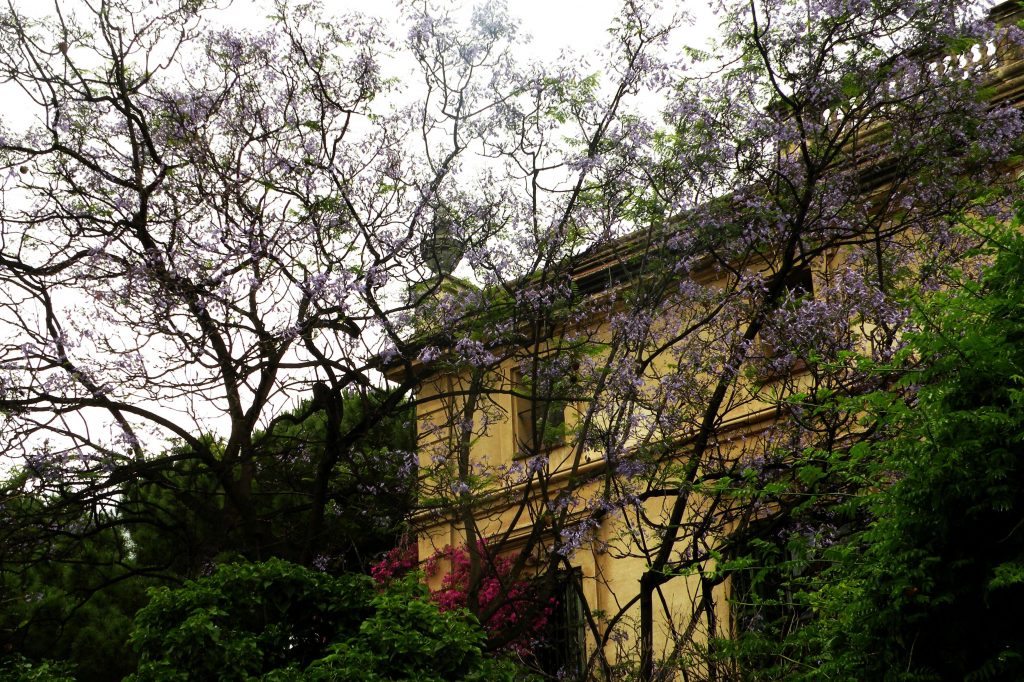 Parc Guell, in my opinion, is Gaudi at his best.  The skillful mixture of colors and shapes is simply fantastical.  As you approach the park, which has no entrance fee, you feel as though you have entered some magical world. 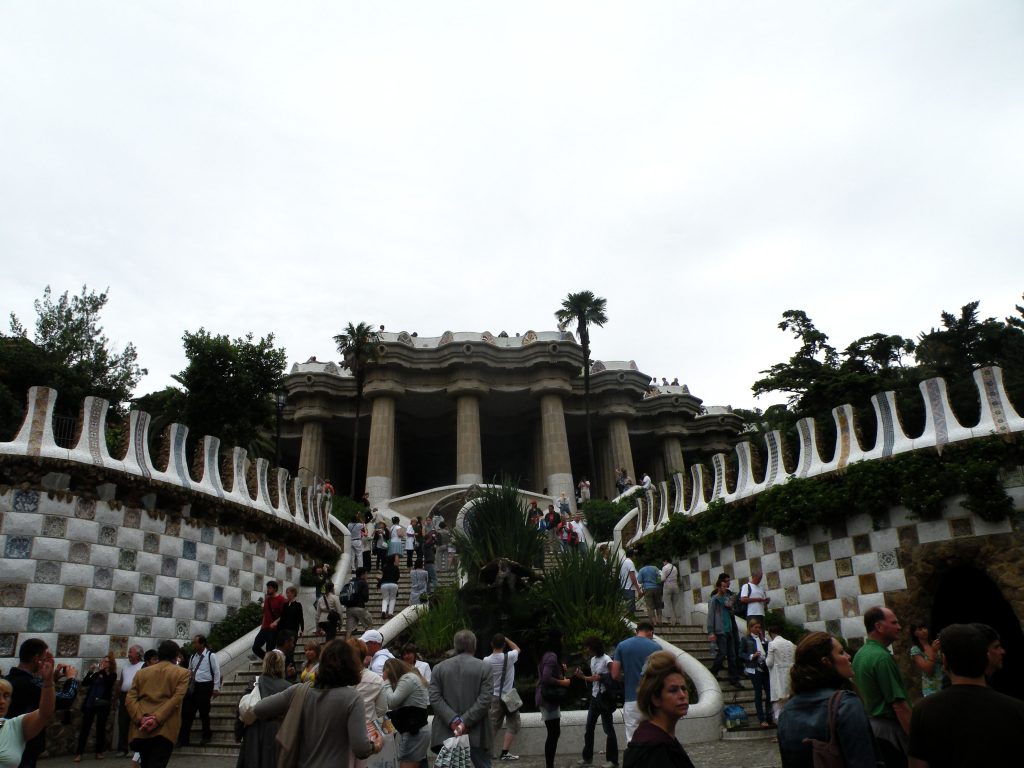 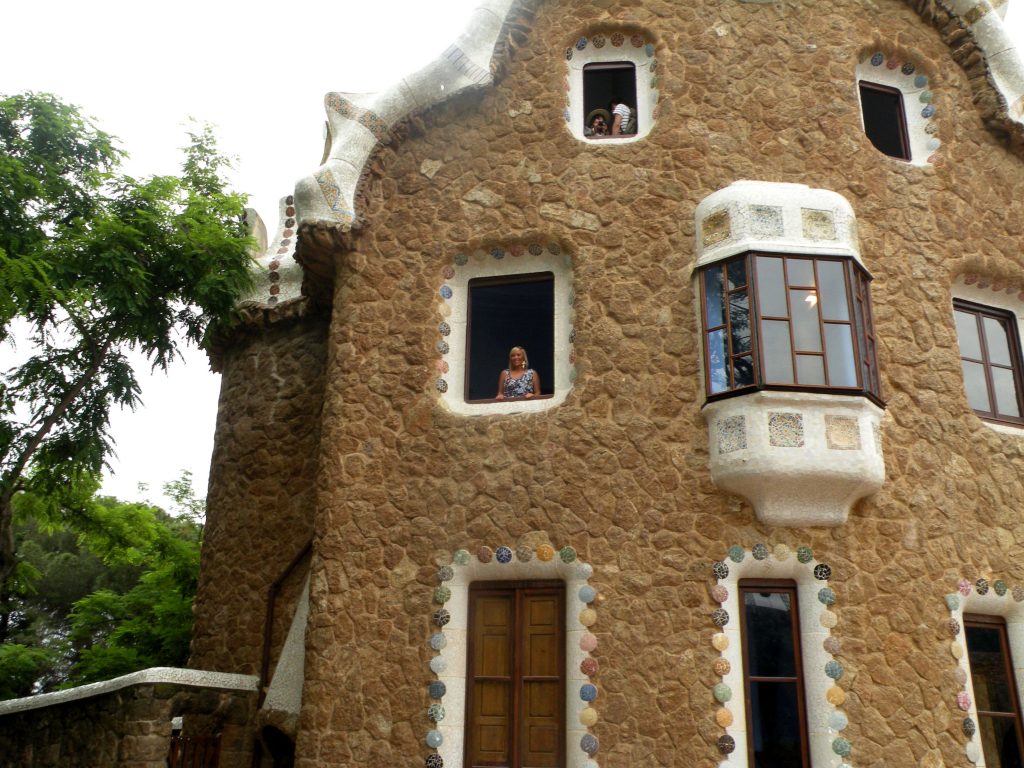 While every part of the park was carefully designed, it was not flamboyant like other Gaudi creations.   I think my favorite part were the gorgeous handcrafted mosaic tiles found throughout. 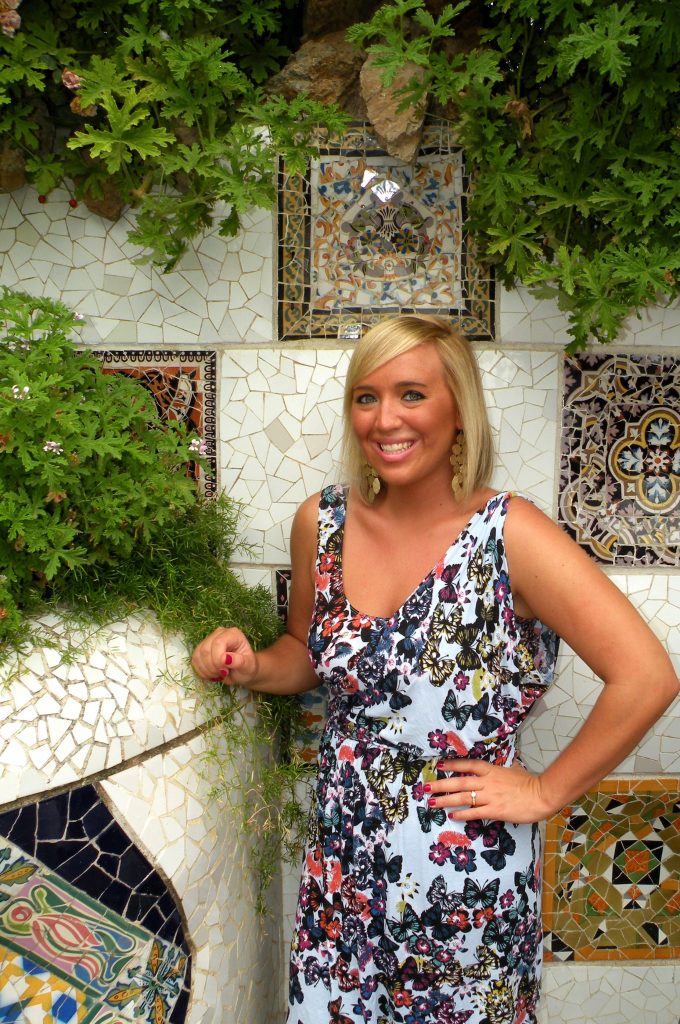 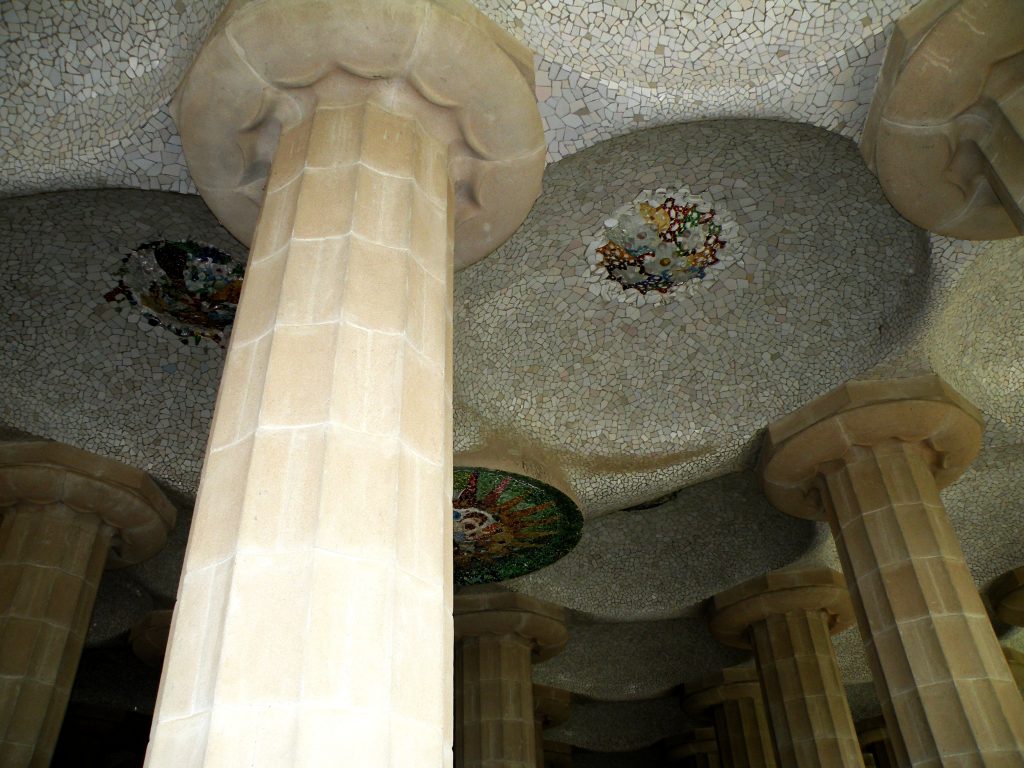 Another thing that Parc Guell offers is one breathtaking view of the city!  It is definitely a place I would recommend an afternoon picnic at. 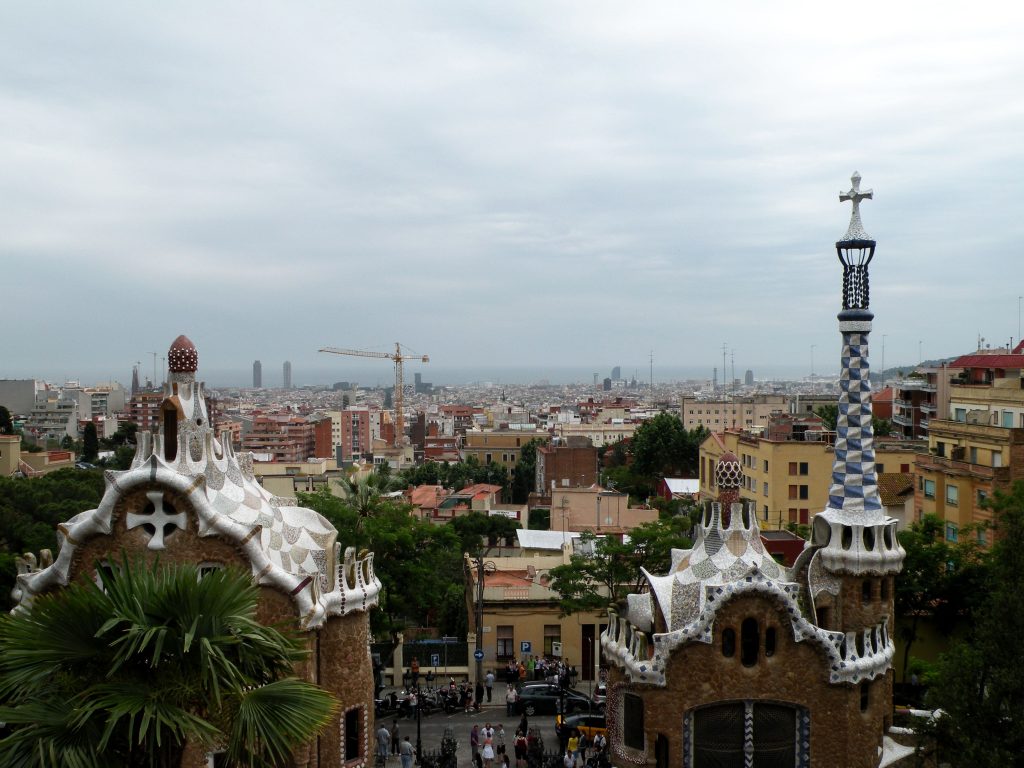 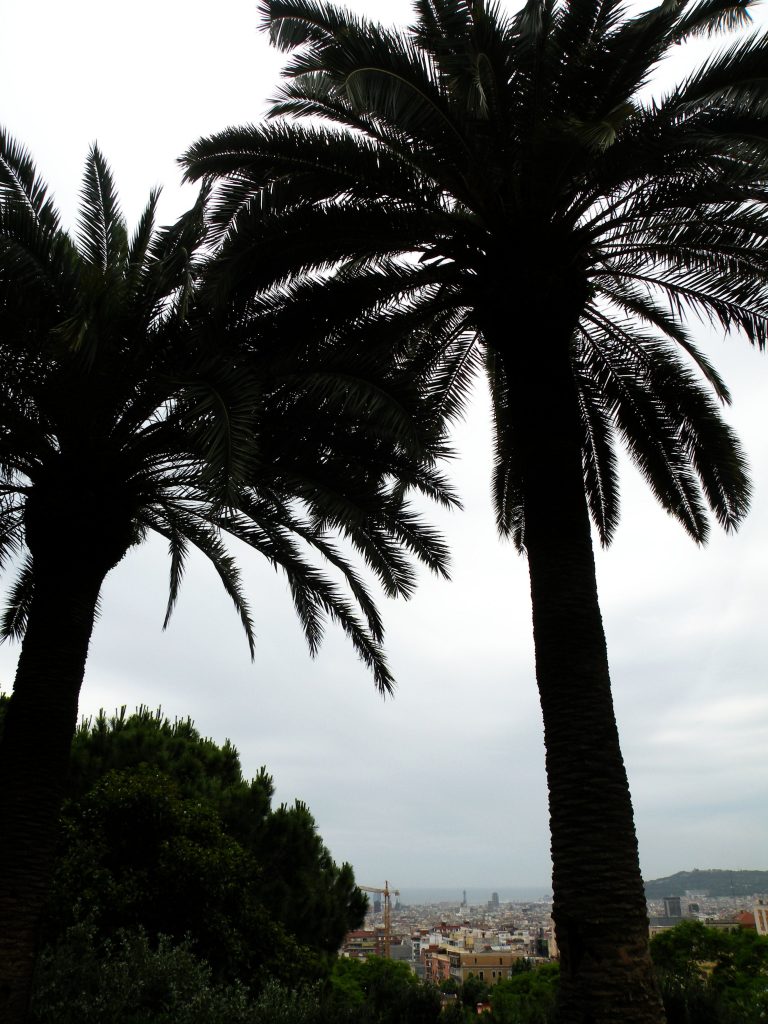 As soon as we took our last picture in the park, the weather changed for the worst.  Thankfully, we had seen everything and had already decided it was time for lunch. 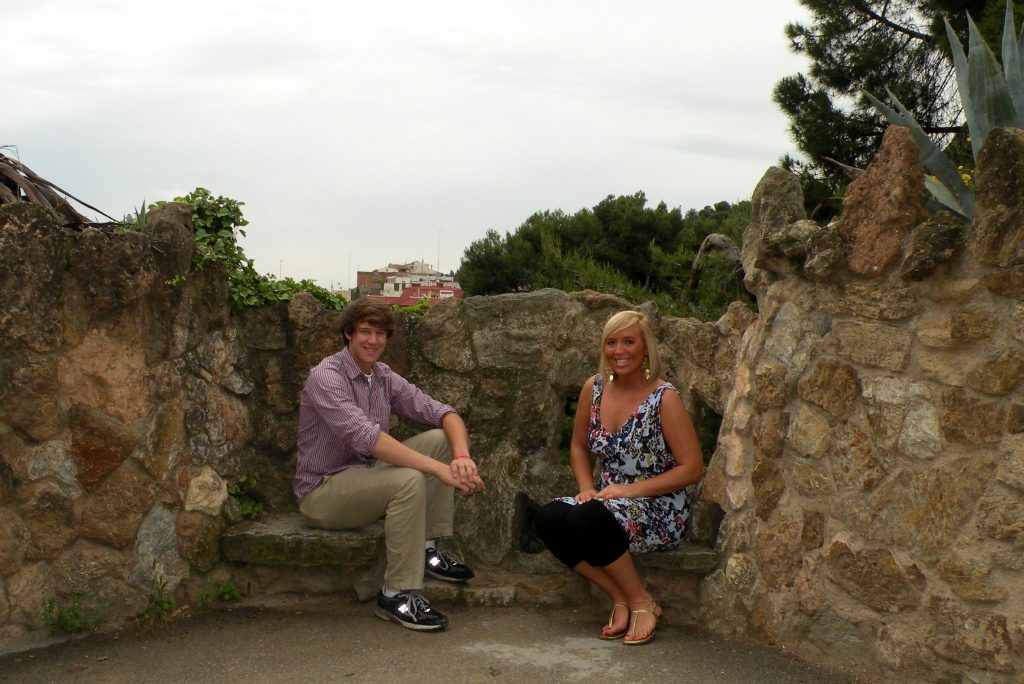 We took a taxi back to the center of the city and found a café near our hotel.  While we waited for the food to arrive, I could no longer bear the tooth pain and felt like I could pass out at any moment.  I told my brother to stay and enjoy his lunch and that I would go back to our hotel and see if they could point me in the direction of an emergency Dentist.  It was now 3PM and our flight to Ibiza was at 8PM.  I had no idea if I was going to make the flight. . .

Leave a Reply to Elisa @ Globetrotting in Heels Cancel reply