So, I was now officially a quarter-of-a-century old AND in Cuba.  There are no words to articulately describe what I felt then.  Thankfully, the Nacional included a free buffet breakfast, since we were short on cash.  As we were walking to breakfast, a friendly Aussie asked us if we knew where breakfast was being served.  We told him to follow us and as simple as that a new friendship was formed.  I have previously mentioned in my blog how deeply important the people that I meet while traveling are to me.  This was definitely no exception!  Marc, an Australian nomad, was by himself on the end of a round-the-world trip.  Looking for some fellow travel companions, he decided to join us after breakfast on our excursion to the beach. 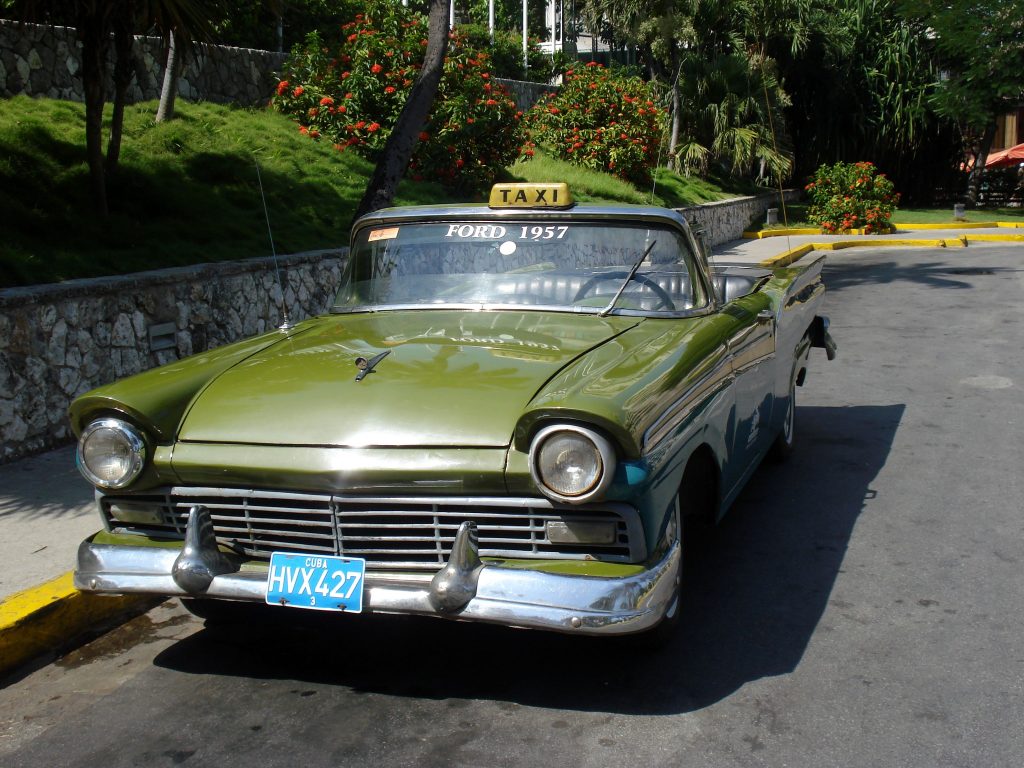 The beach that we went to was called Playa del Este.  It was about a fifteen minute taxi ride from La Habana.  As we walked over the sand dunes and in the direction of the ocean the sight of the crystal blue waters took my breath away!  I will never become jaded with the Caribbean. 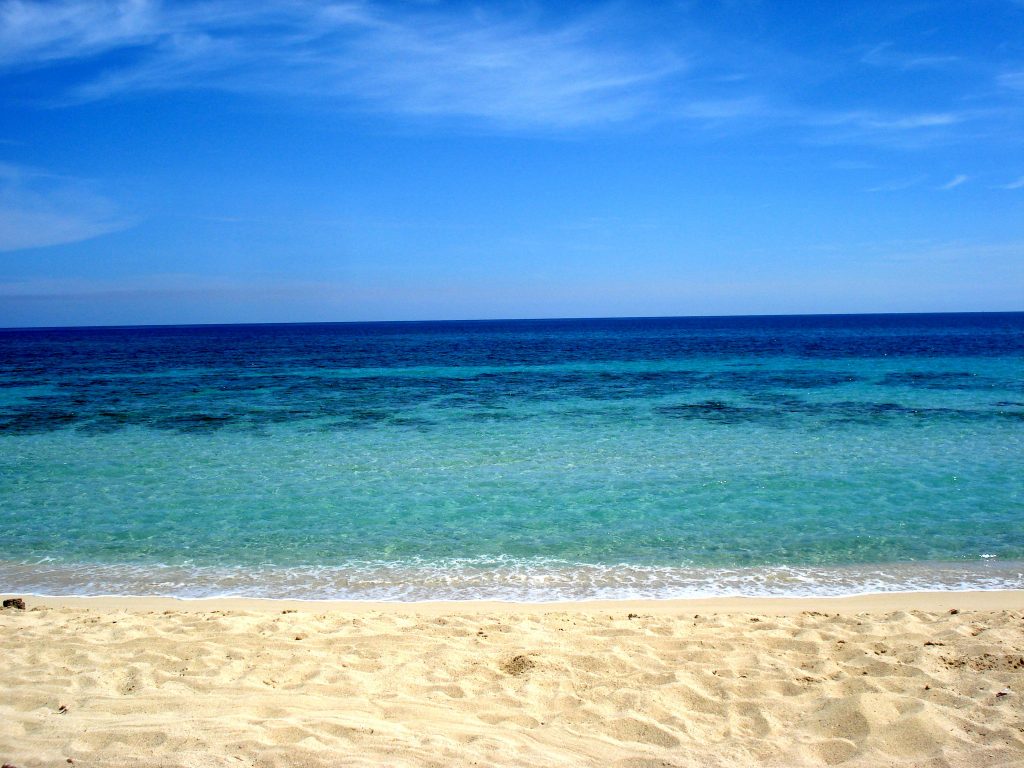 Sadly, the beaches in Cuba are divided between tourists and locals.  Tourists are discouraged from going to the local side.  Locals, however, are not even allowed to go over to the tourist side.  There are police watching to make sure that this never occurs.

In the next two pictures guess which side is the tourist side and which is the local side? 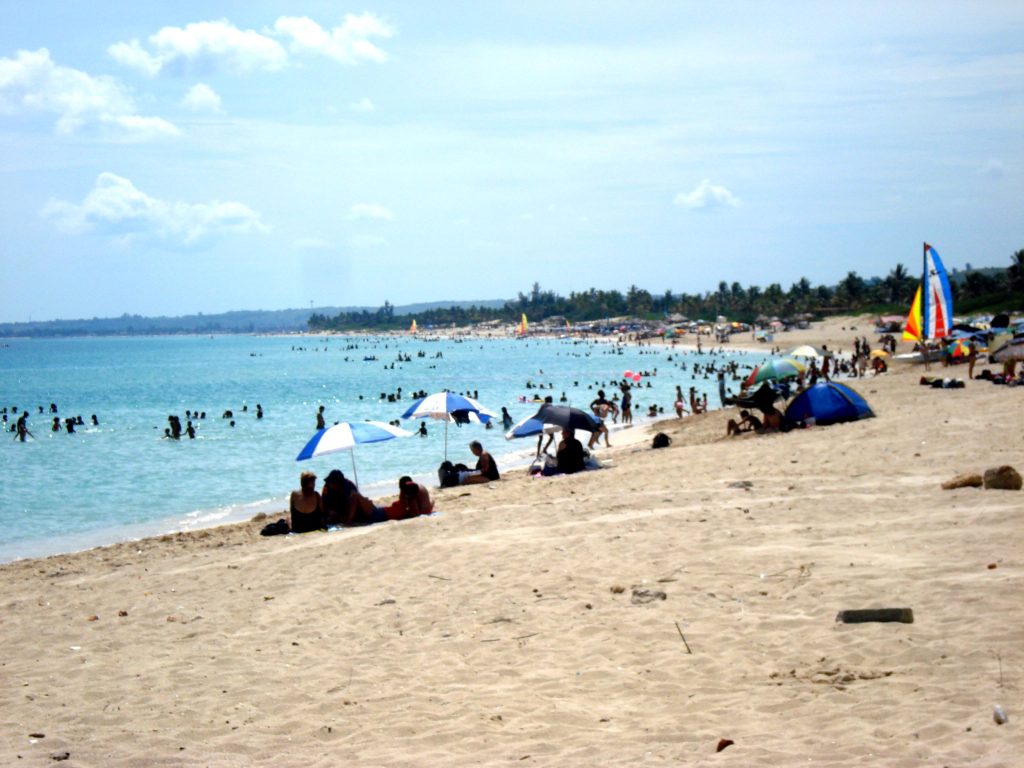 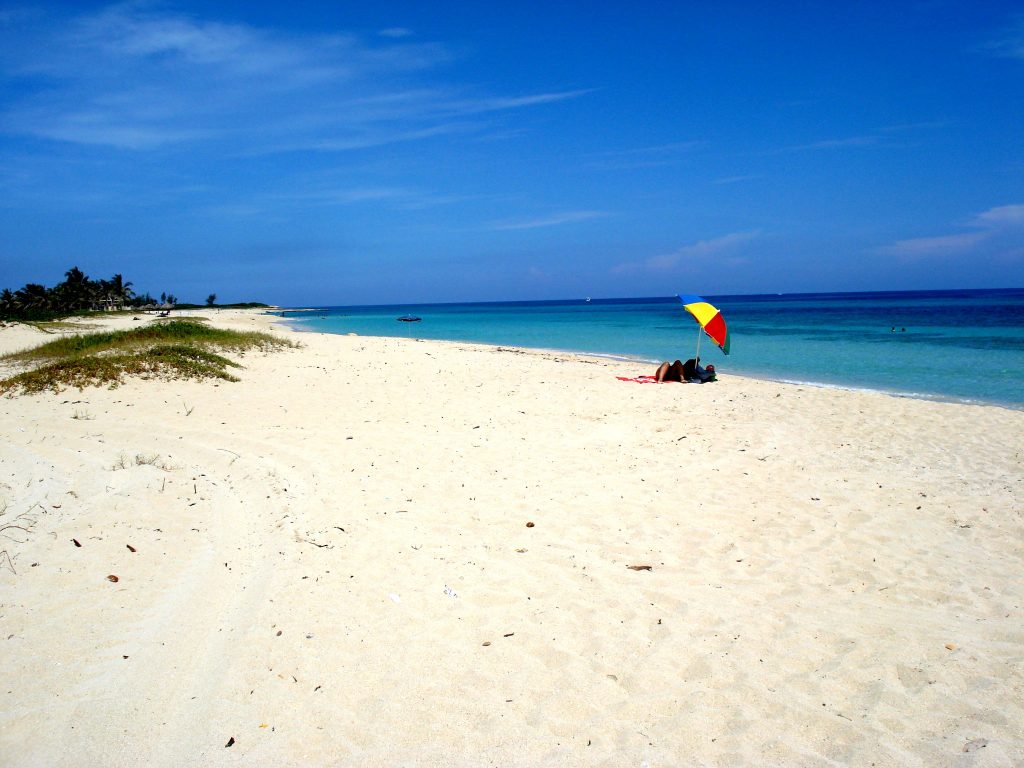 We decided it best to head over to the tourist side, aka the empty side of the beach (even though all three of us preferred otherwise).  There we found a man that would bring us anything we wanted for only a couple of CUC$’s. . .ahhh, que bueno! 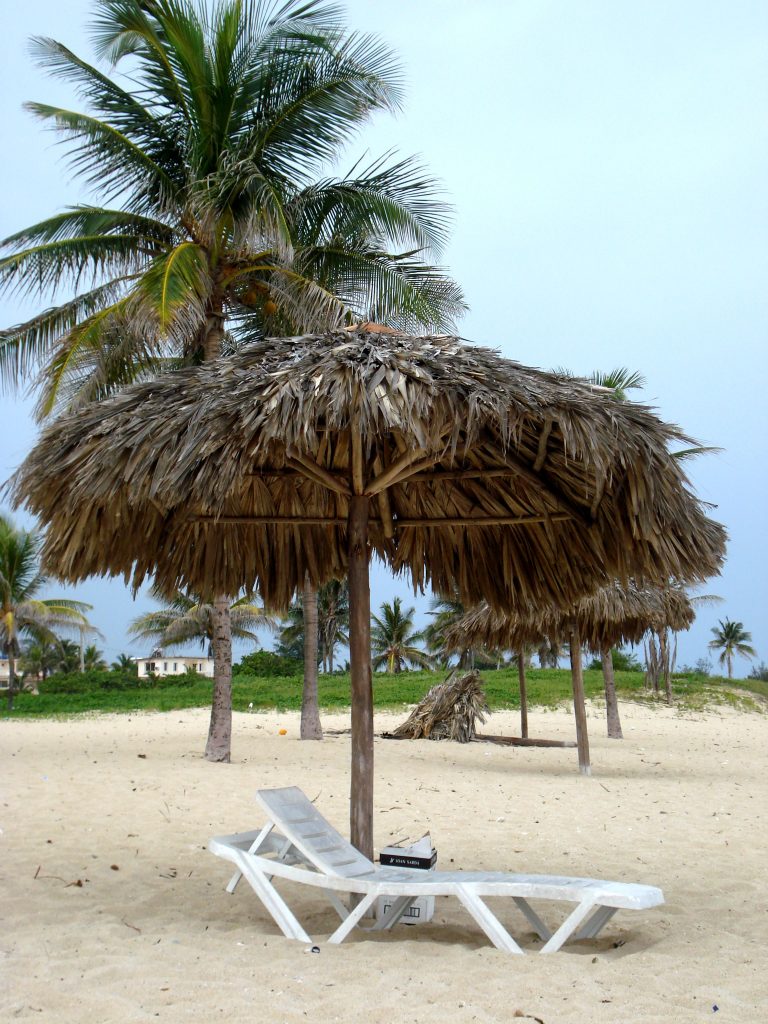 I left Marc and Kristin to their sunbathing and went to float in the ocean.  While there, I encountered two very drunk Cubans whom kept insisting that I marry them.  Marc eventually joined me in the water and kindly pretended to be my husband to get them to leave me alone (poor Kristin became their next target).

Marc then tried to take their picture, but they started to get very anxious and talk so rapidly that I could barely understand them.  The problem was that they knew they were on the tourist side and if the police somehow saw the pictures they could get in a lot of trouble.  It was not just the ocean; hotels, restaurants, and shops that admitted tourists were not allowed to let Cubans enter either.  That type of segregation was really unsettling and continued to bother me throughout the rest of the trip whenever we encountered it, which was more often than not. 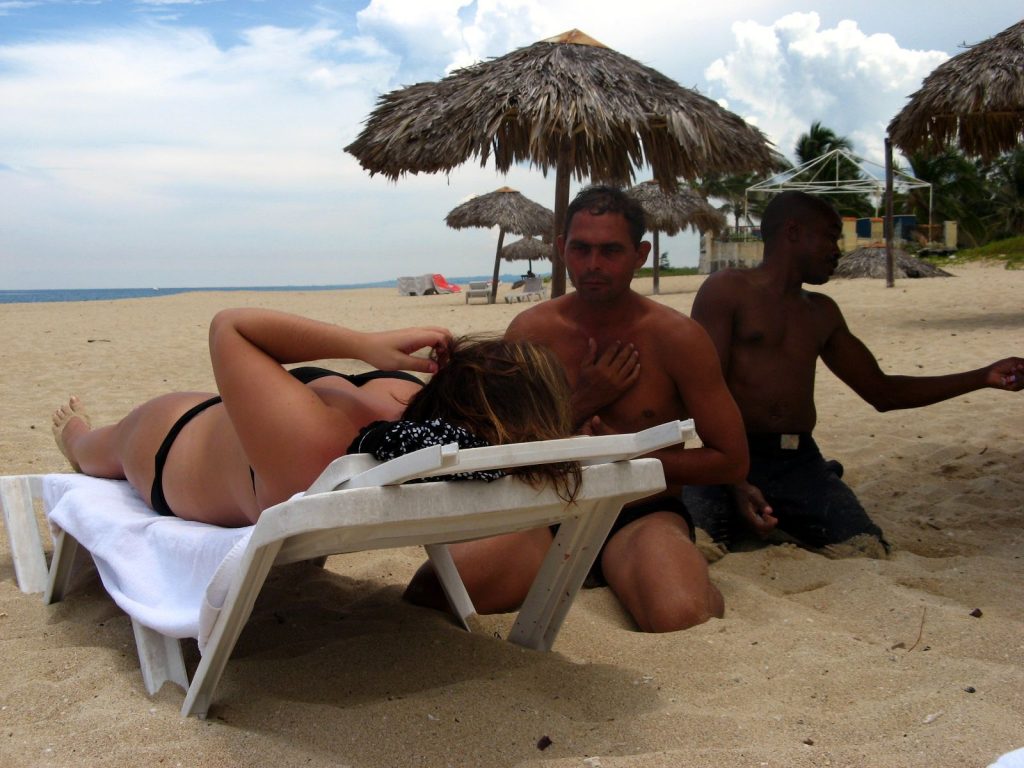 We laid out for several hours under the hot Cuban sun and when Marc and I would need breaks we would cool down in the ocean and engage in talk of politics, current events, world affairs, our travels, etc.  I felt like I had really met my intellectual match with him!  One of the question’s he asked me was, “What is your greatest vice in life?”  My response, of course, was chocolate.  I would pleasantly discover soon why he had asked me that question. 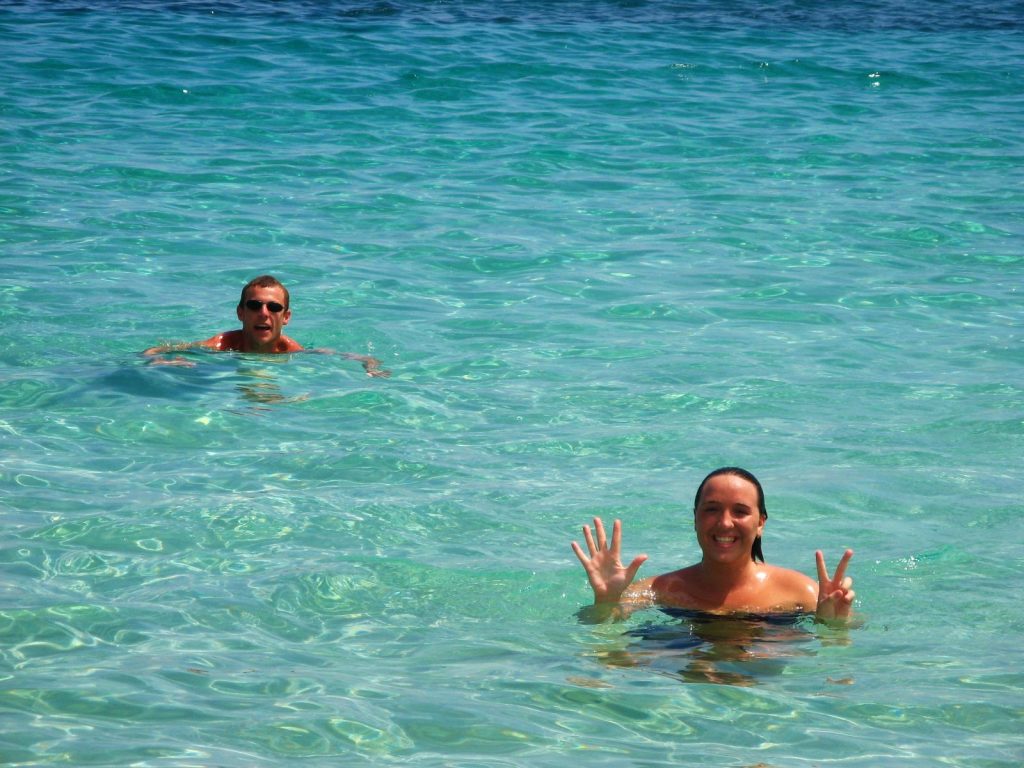 Later in the day it started to rain and we took it as a sign that it was time to find some lunch.  However, finding something vegetarian for me and non-seafood for Marc and Kristin was proving to be quite a challenge.  Finally, we happened upon an ice cream stand, which made all three of us very happy.  Unbeknownst to us, that also happened to be where our two Cuban friends had found refuge as well.  They insisted on buying us ice cream and asking for Kristin and I’s hand in marriage one last time (despite thinking that Marc was my husband).  The sun started to come out again and we thanked them for their “generosity” and left them with broken hearts.

About an hour later, having had enough sun for one day, we returned to the hotel in order to start the real celebrations. . .