That misadventure I alluded to?  Well, it definitely was not my finest travel moment.  You see, we got scammed, and as much I would like to not admit it, it was totally my fault.  I am obsessed with the musical group Buena Vista Social Club and when two Cuban ladies approached us and said/promised that they happened to be playing in a small courtyard in Chinatown I naively convinced Marc and Kristin that we simply HAD to go! 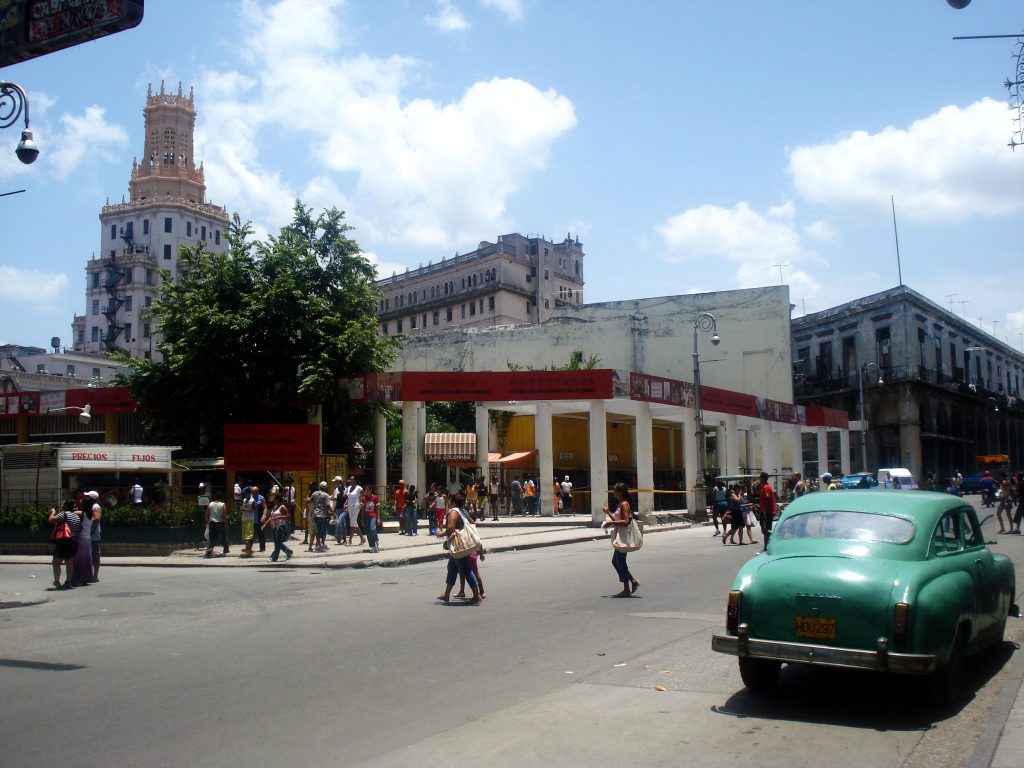 While we waited for them to perform, the Cubans asked us to buy them drinks and lunch.  After about an hour of waiting we sadly realized that this was all a ploy and got up to leave.  However, as we were leaving the ladies announced that they had cigars for sale in their casa.  Marc and I decided to check them out.  Sure enough they had every cigar your heart could desire.  I spent some time trying to think how I was logistically going to smuggle these beauties back into the States without getting caught.  Finally, I decided I would take the wrappers off and hide them in my wallet, so that they just looked like regular cigars.  If I got caught with them I would tell security that they were cheap cigars from Mexico (even though they were Romeo y Julieta’s) and if they wanted them they could have them.  Marc thought I was a bit crazy to take this chance, but I welcomed the challenge.  I ended up leaving the casa with my fingers crossed and thirty cohibas for the bargain price of 50USD$.

We then departed ways with Marc to check into our new casa.  This one was also located in Habana Vieja.  It was a charming place, but not as intimate as the first, because it had a lot of guests staying there and the owners were not very talkative. 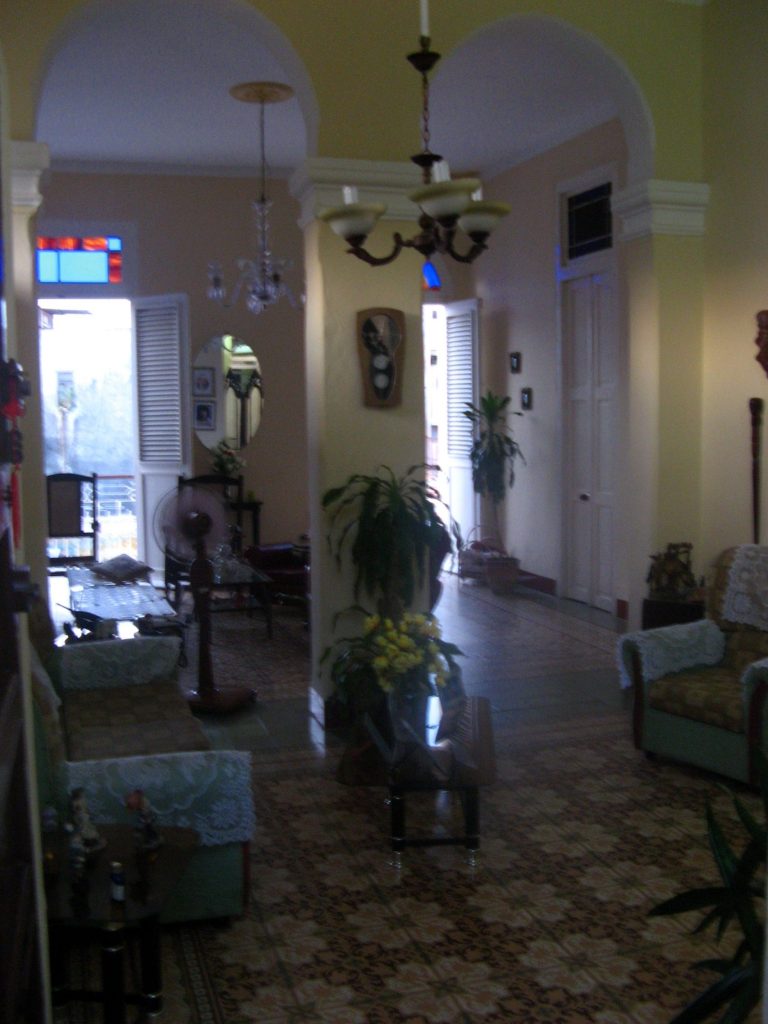 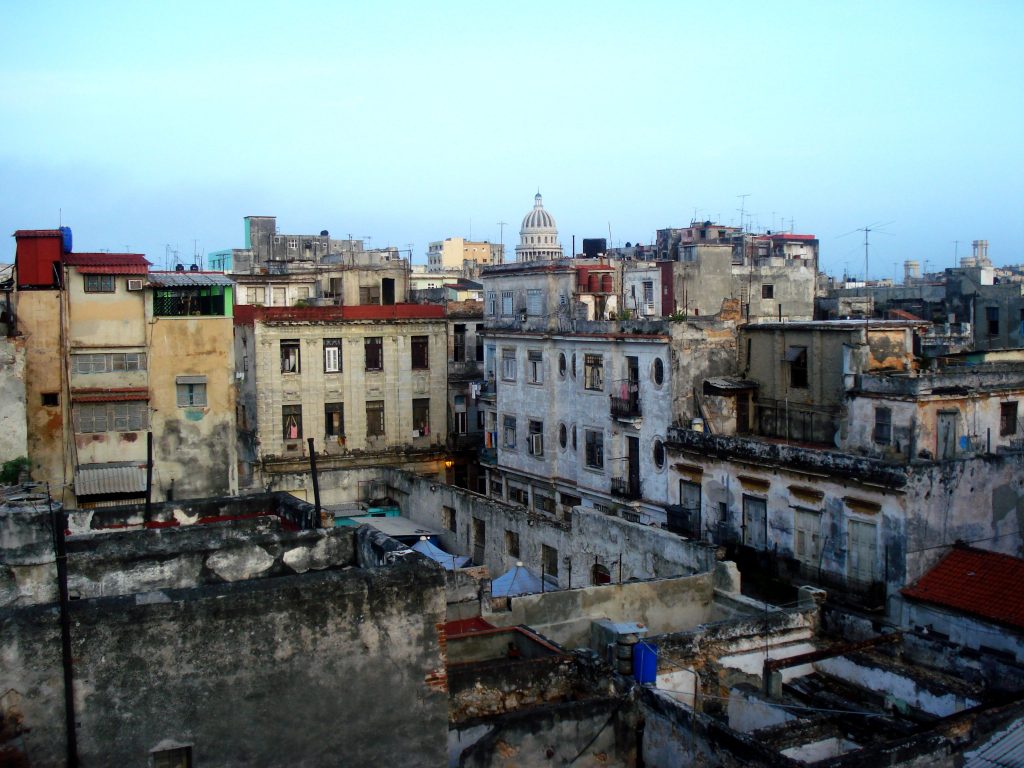 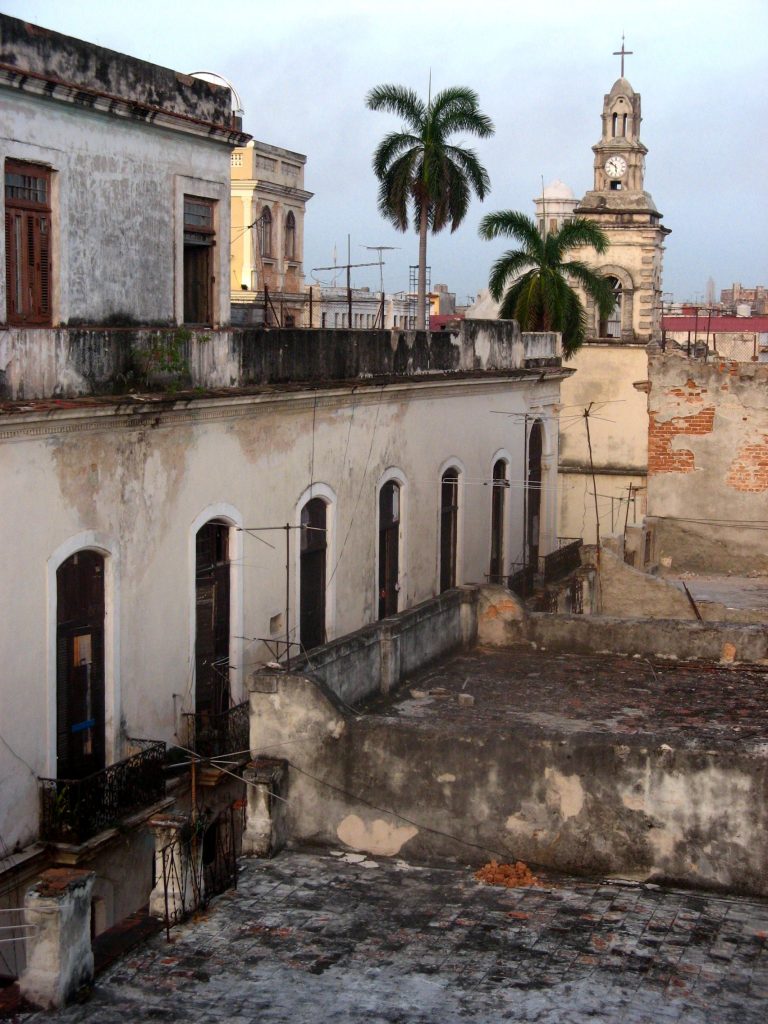 But to be honest, we were not interested in talking with them either, as we had a special evening awaiting us!  Because we had walked all day, we splurged on a pedi-cab.  The following are photos from our entertaining ride through the streets of downtown La Habana: 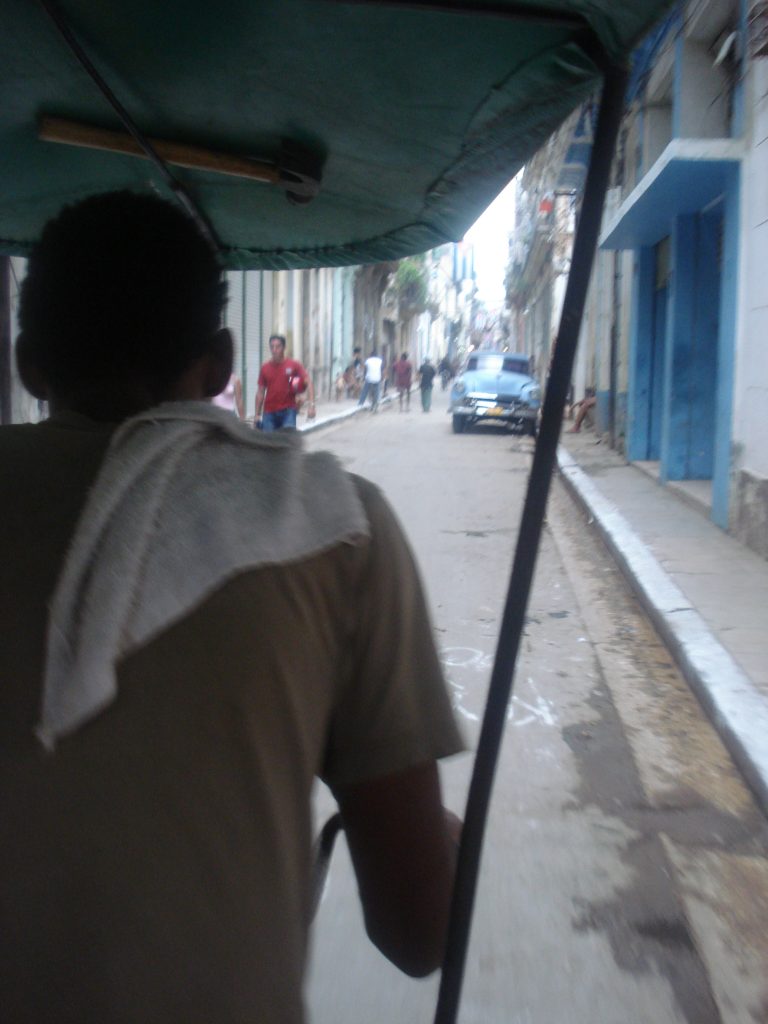 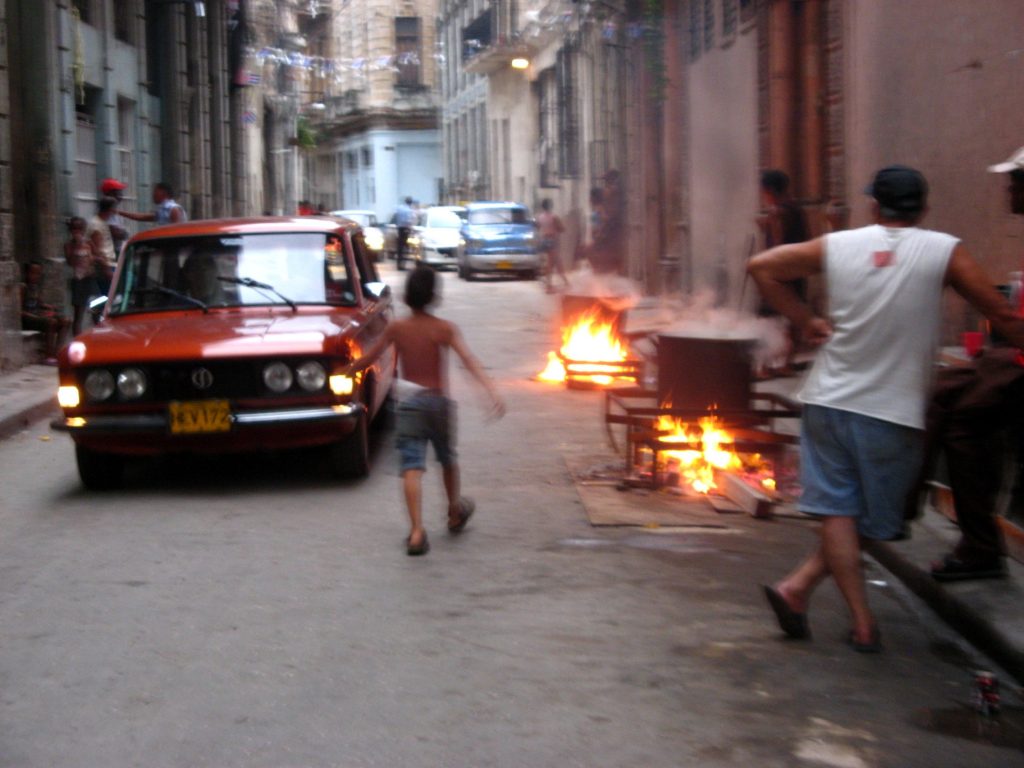 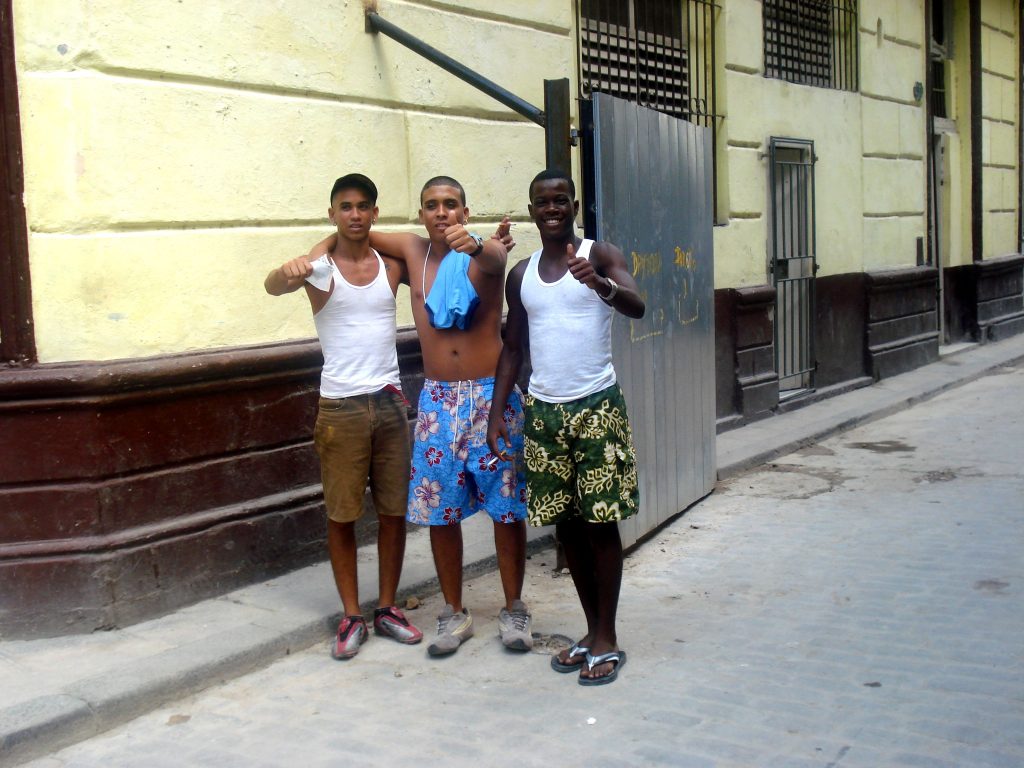 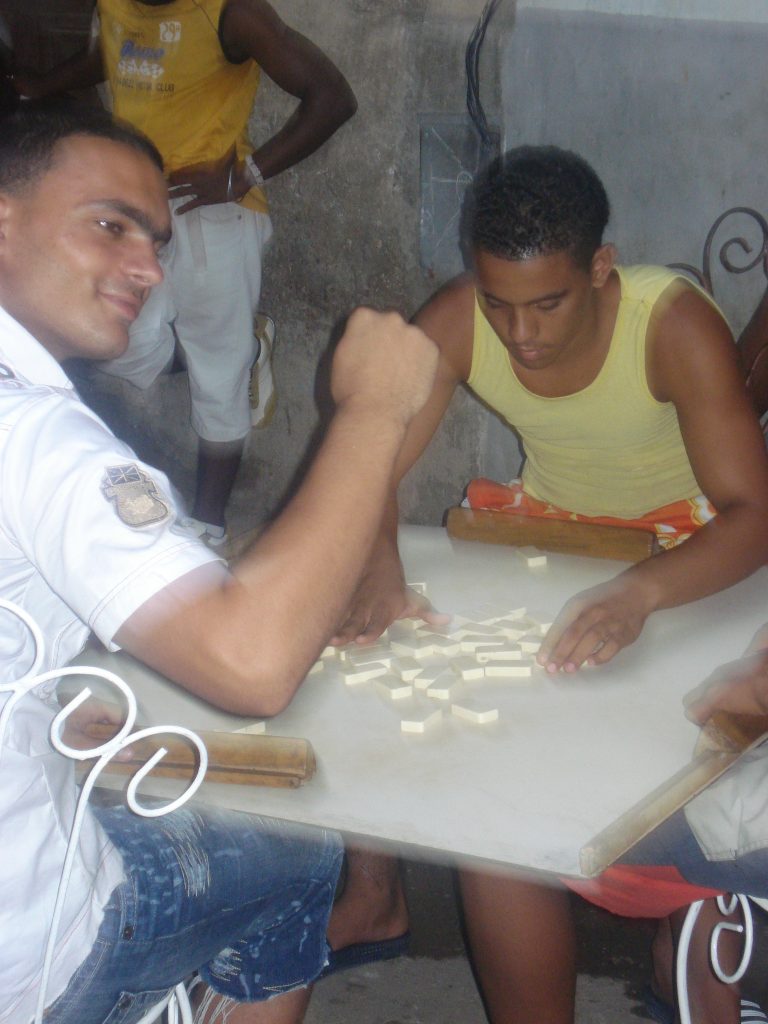 Then we arrived at our destination and when I say we celebrated the evening in style, I mean style. . .