After our intoxicating trip to Sage, I felt like I was floating on a cloud of bliss when we arrived at The Mirage.  Little did I know that my day was about to get even better!  We had been invited to experience a “mini-show” with Terry Fator and Boyz II Men, both extremely popular performances in Las Vegas at the moment.  I assumed there would be hundreds of others in attendance with us, however, there was just a handful of people — making it quite an intimate experience in one of the most famous venues in the world.

I had never seen a ventriloquist live before and now I cannot imagine seeing another one, as I believe Terry and his sidekicks would be an impossible act to follow.  I was in awe of his serious talent. 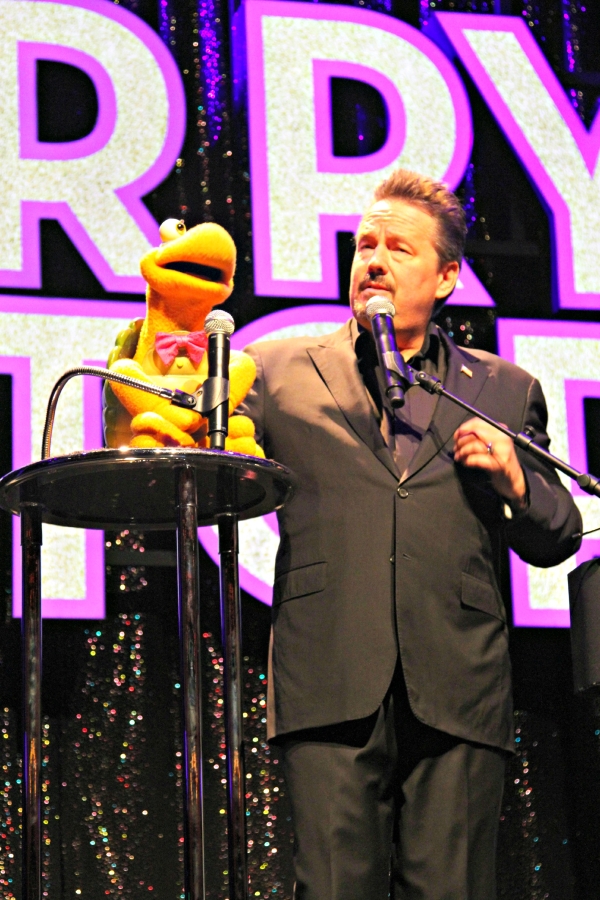 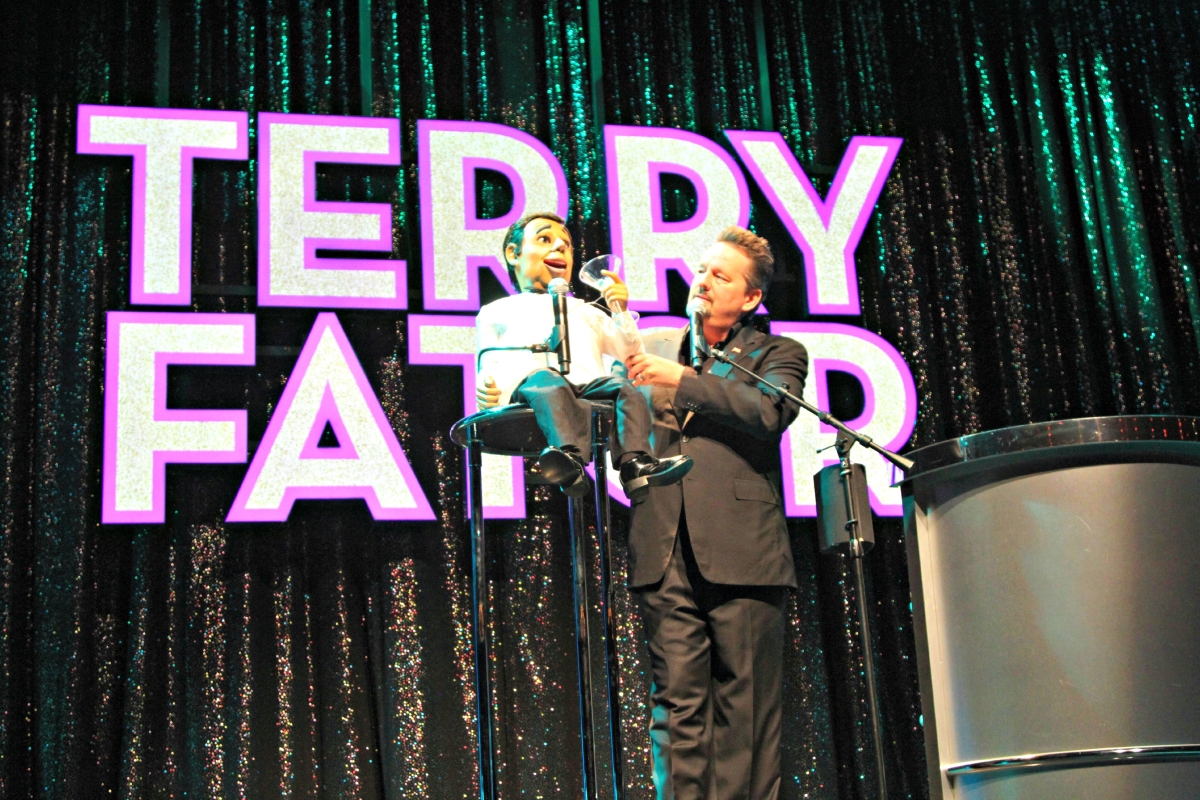 I must admit though that the reason why my heart was beating faster by the second was due to the fact that Boyz II Men were about to come on stage.  I was such a huge fan of their music growing up.  I can vividly remember coming home from middle school and listening to their love ballads in my room on my cassette player, hoping that one day when I was older I would truly understand the meaning of their lyrics. 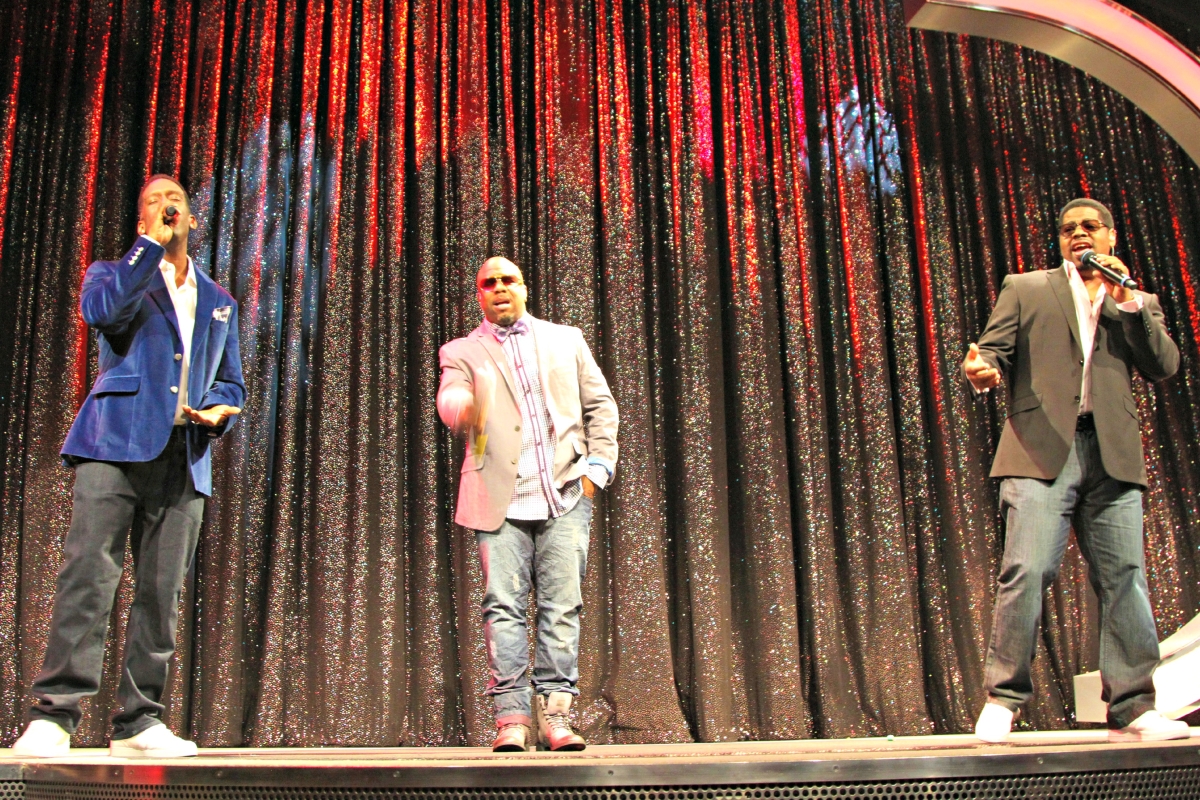 While they may have aged from the period when their songs were #1 hits, their talent is still undeniably timeless.  Imagine my delight when Nathan Morris walked off stage into the audience, sat in my lap, held my hand to his chest, and sang straight into my eyes “On Bended Knee.”  I felt like I could have died from happiness! 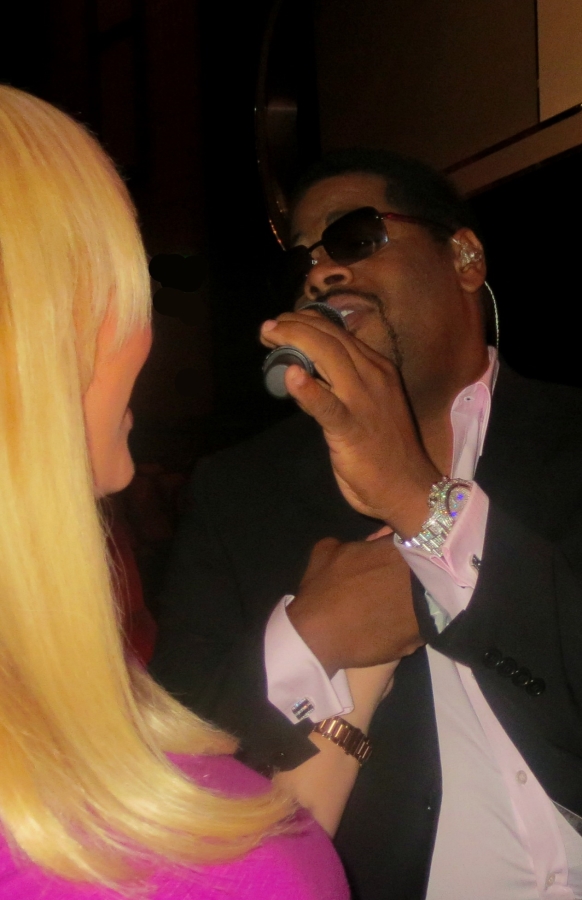 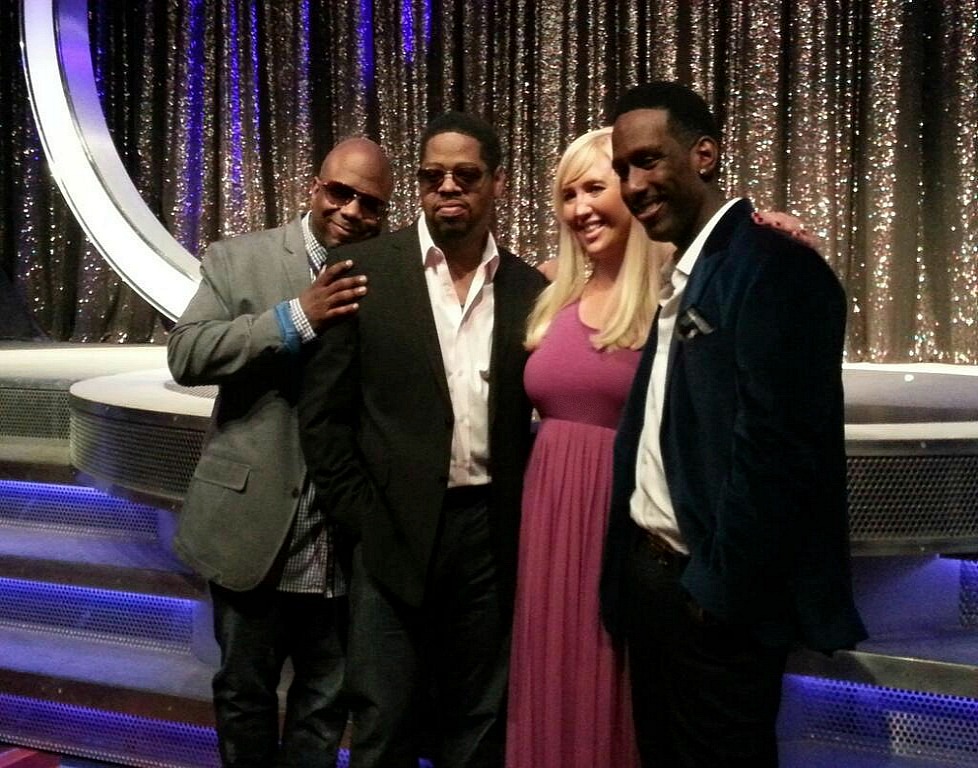 After they finished, we were able to mix and mingle with them and Terry for about fifteen minutes.  I am certain that I had a smile from ear to ear the entire time. 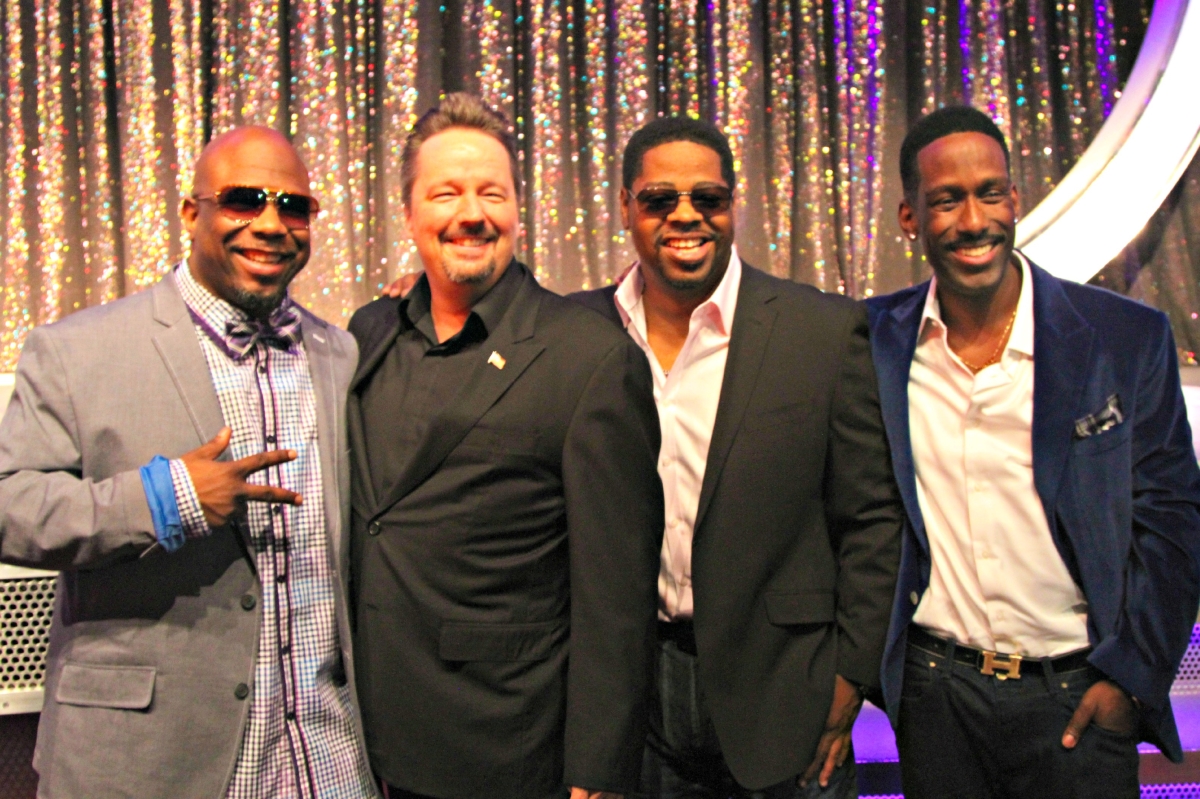 We said our goodbyes (there might have been a couple of tears shed on my end) and headed to another behind-the-scenes tour, this time of The Beatles LOVE.  Cirque du Soleil has over five different shows running in Las Vegas, however, this was the one I was most excited to see, as I am a huge Beatles fan.  This show is known for its amazing acrobatics and twists on the classic circus performances.  Picture some of the best jugglers, stunts men and women, and dancers worldwide all on one stage.  We were able to get up close and personal with the different sets, props, and entertainers, which I think made the show later on in the evening that much more special for me. 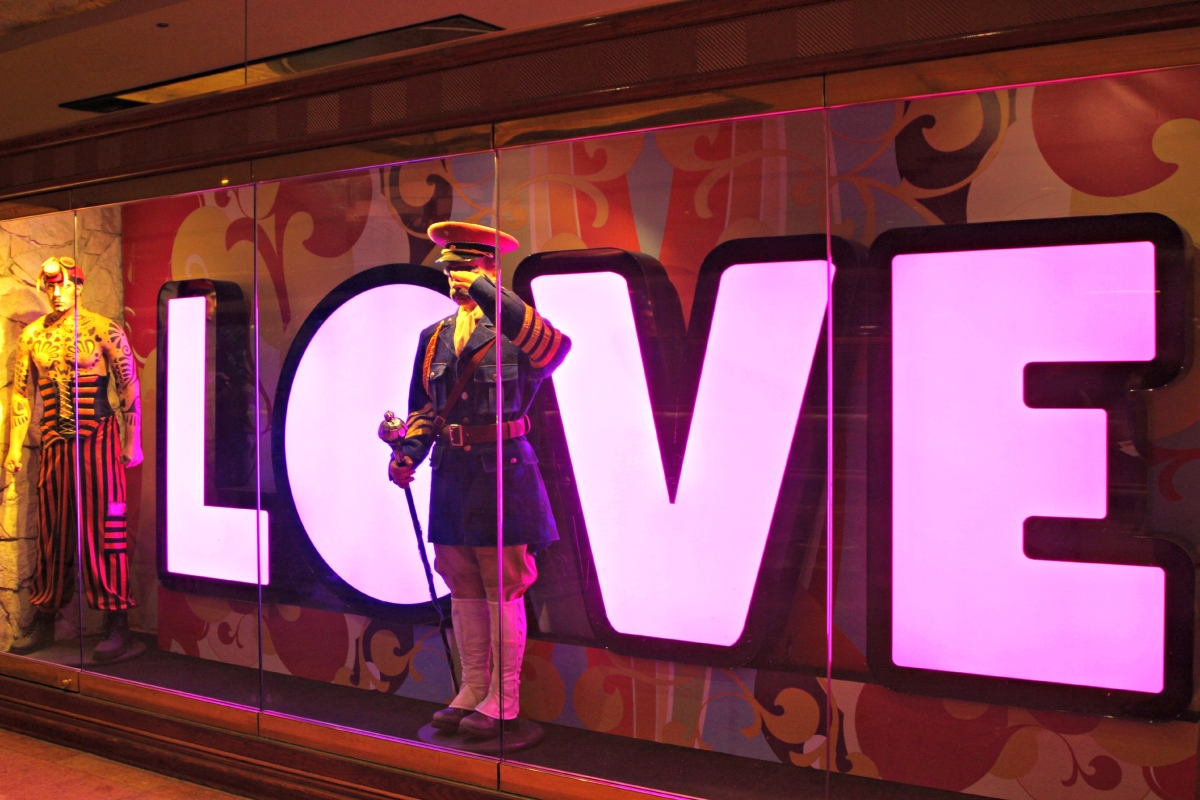 We had a quick dinner at Tom Colicchio’s Heritage Steak before seeing the show.  While I do not eat meat, I really appreciated the fact that New York Chef Tom Colicchio only cooks with antibiotic-free animals raised by purveyors committed to time-honored farming practices.  The glow of the hearth permeates and is also reflected in the Bentel+Bentel design highlighting all of the natural materials found throughout the restaurant. 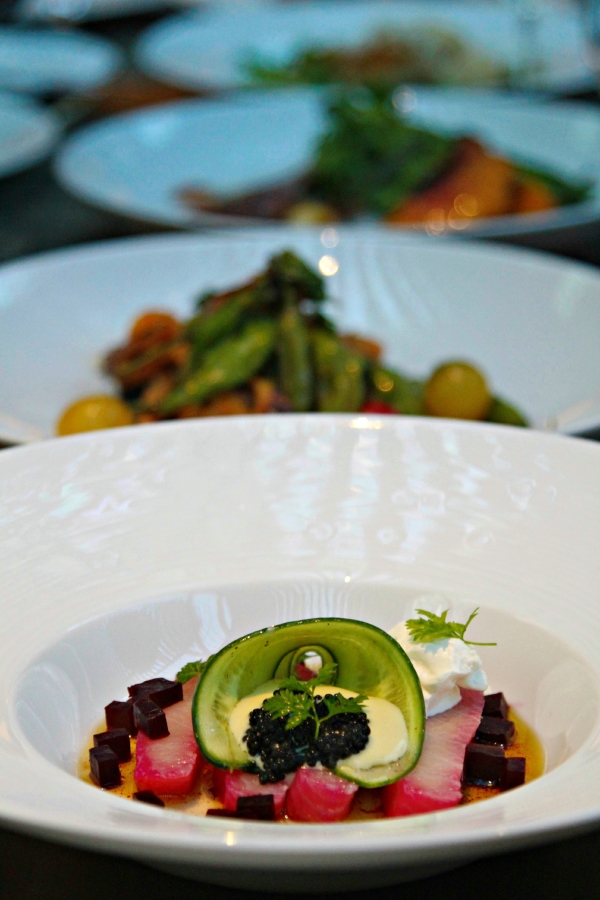 The Beatles LOVE completely blew me away and was better than I had expected it to be with my already high expectations.  If you should find yourself in Las Vegas, this show simply cannot be missed!  I then ended the perfect day with my dear friend Abby of Daydream Away at The Cosmopolitan with several cocktails.  I was definitely falling in love with Las Vegas!