Happy 2014 from Buenos Aires, Argentina!  I have been in my second home for ten days now and while I have barely survived the intense heat, I have had one beautiful adventure after another and I look forward to sharing all of the details about them here soon.  On another note, although we are only one week into the new year, some pretty exciting things have been happening; I landed my first cover photo on Today’s Charlotte Woman magazine, I was interviewed and photographed for a feature spread in Four Magazine, I announced that I am the new Ambassador for Chic Retreats, and I discovered that an article I wrote about my guided vacation to England and Scotland with Trafalgar is being published in Real Simple magazine.  Please excuse my absence for the rest of the week, as I intend to spend every single remaining second with my friends and family before returning home.  Next week, I will begin posting about my extraordinary trip to Germany with AirBerlin.

I want to leave you with a valuable lesson I learned last night.  At midnight my husband and I were eating dinner (yes, that is the time that Porteños eat) with our younger brothers.  As I was about to take a sip of champagne, he grabbed my hand and said, “Mira mi amor!” Right in front of us fireworks began going off for no reason.  I quickly grabbed my camera and watched the dazzling show for ten minutes behind my lens. 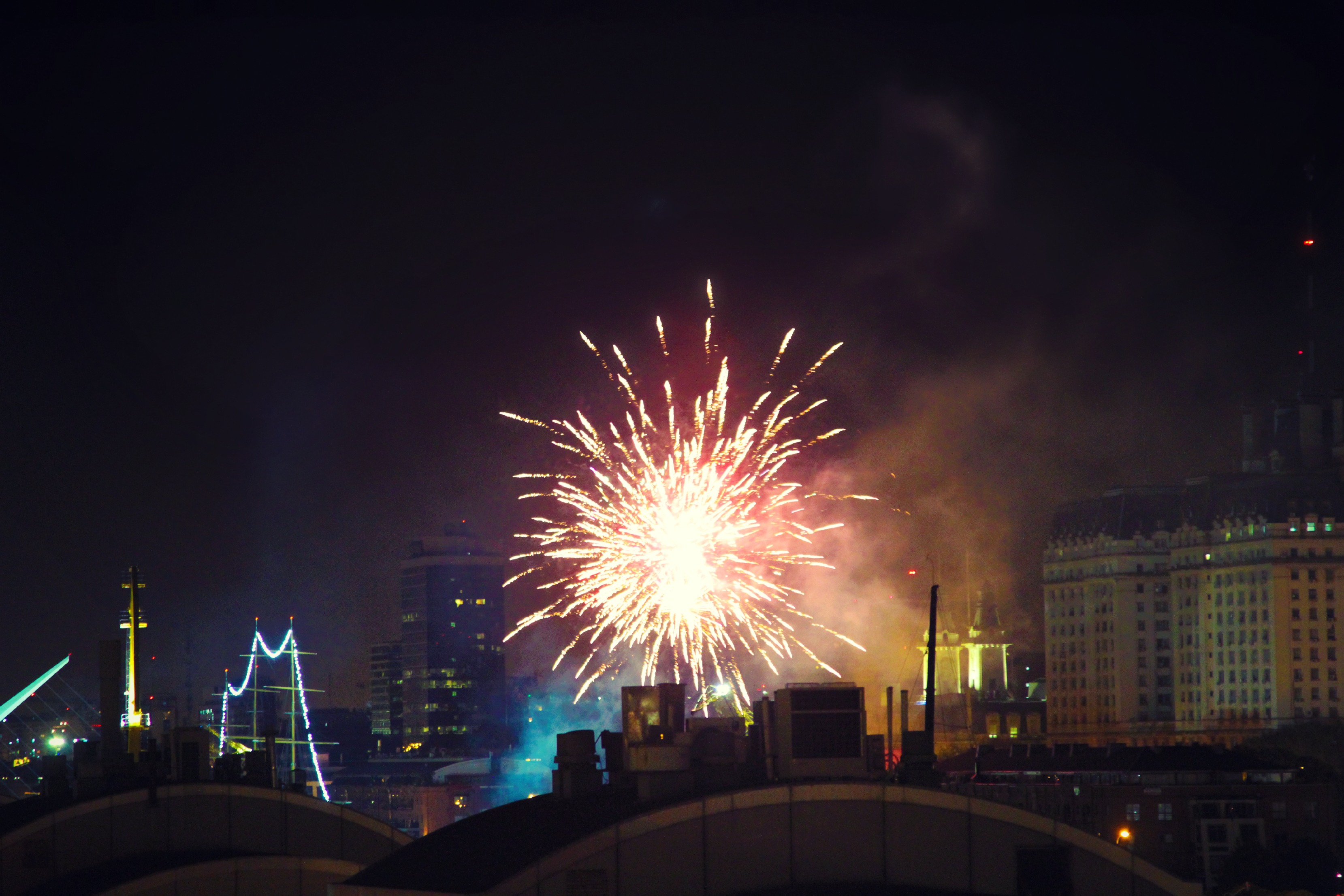 You see, we were supposed to see the fireworks on New Year’s Eve, however due to an unexpected last minute change of plans, I sadly did not get to see them.  I spent most of my favorite day of the year really, really upset.  I wasted so much time and energy, when I should have just trusted that in the end everything would work out — not only work out, but work out in an even better way.  Thus, this is my New Year’s resolution: fight hard for the things that I can change and let go of the things that I cannot change.  Asi es la vida!

32 thoughts on “Some Random Musings”

Leave a Reply to Cat of Sunshine and Siestas Cancel reply