Most Americans take for granted the ease at which they can travel the world. Very few countries require a visa and those that do make it simple to obtain. I was one of those unaware Americans, until I met my Argentinean husband, Lucas. As if thousands of miles between us were not already difficult enough for our long distance relationship, on top of that we had to deal with the immense frustrations that come with obtaining a visa if you are not an American, but would like to visit the United States. During our six year courtship, Lucas visited me once, while I visited him over fifteen times. This was not due to the fact that I liked Argentina more than he liked the United States. It was because, time after time, he was denied tourist visas. I cannot begin to describe how heartbreaking it is when the love of your life is not allowed entry into your country simply because your government views him as a “flight risk.” Even after we were married we still had problems with visas and green cards and it was not until I became pregnant with our son that he was granted a ten year green card.

Once we became parents, it was extremely important to both of us that Lucas’ Mom, Maria, visit her grandson, Joaquín. Even though we wanted it more than anything, we believed that most likely she would not be able to get a tourist visa. In order to improve her chances of getting one, she hired an agency in Buenos Aires to help guide her through the entire process. They told her exactly what to say and not say. Despite the fact that my Mother in Law owns a home, two cars, a business, and has a husband and two other sons, she is still considered a “flight risk.” Thus, the agency told her to tell the immigration agent during her interview that she was going on a vacation and not that she was visiting her grandson. It broke our hearts to think that she was not allowed to mention Joaquín, but it worked! The day we found out she had been approved was definitely a day of celebration in our home.

Maria is a strong willed woman, which is why she and I get along so well. Having said that, I was still utterly impressed that at age 65 — having never left Argentina, nor having ever flown on a plane — she had the courage to cross hemispheres. She did not hesitate to book her plane ticket; this abuela was determined to be with her dulce de leche (her nickname for Joaquín) no matter what.

The day she arrived, my husband was a bundle of nerves. He was so concerned about whether or not she made her flights and was able to pass through customs without any problems that he could not sleep the night before. Since Maria has some medical issues, I asked that the airline provide her with a wheelchair at all times and this free service is one I recommend to others if you should find yourself in a similar situation. Maria was escorted from Point A to Point B throughout her entire trip and never once was confused or had any issues. She told me that she felt like a Queen!

On the way to the airport my husband did not speak one word to me, which is how he acts when he is nervous. I kept checking my phone to make sure that her flight was still on time and to reassure him that everything was okay. 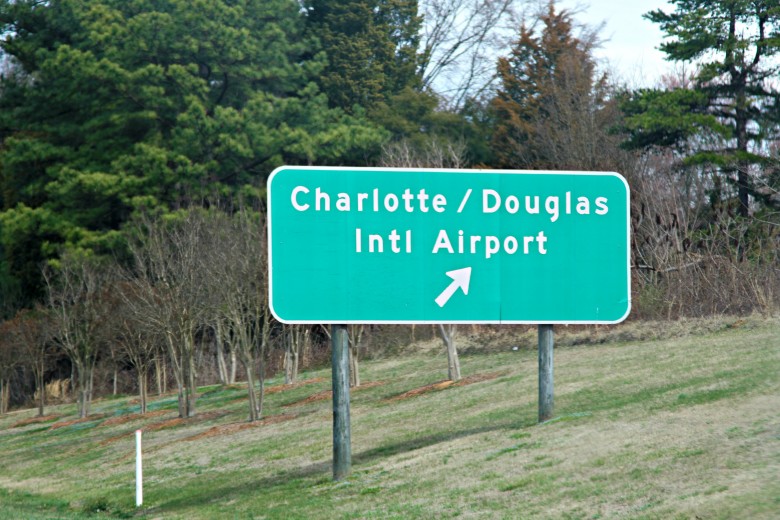 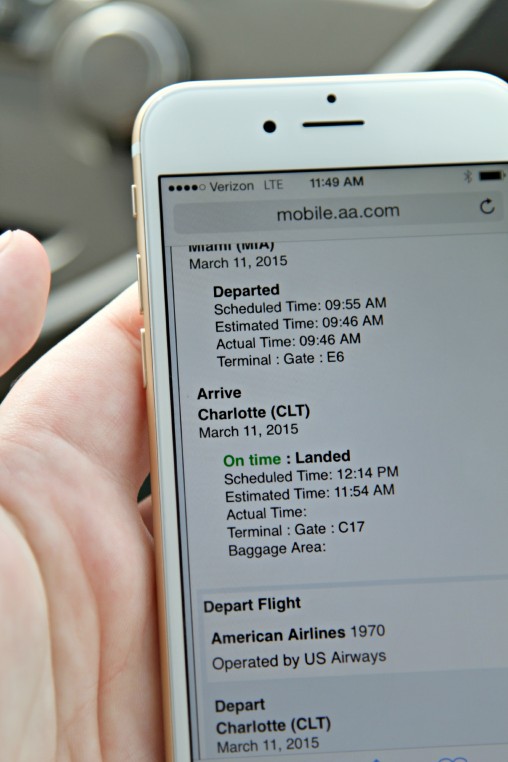 Once we got the baggage claim we could see that her flight had landed, but there was no sign of Maria. 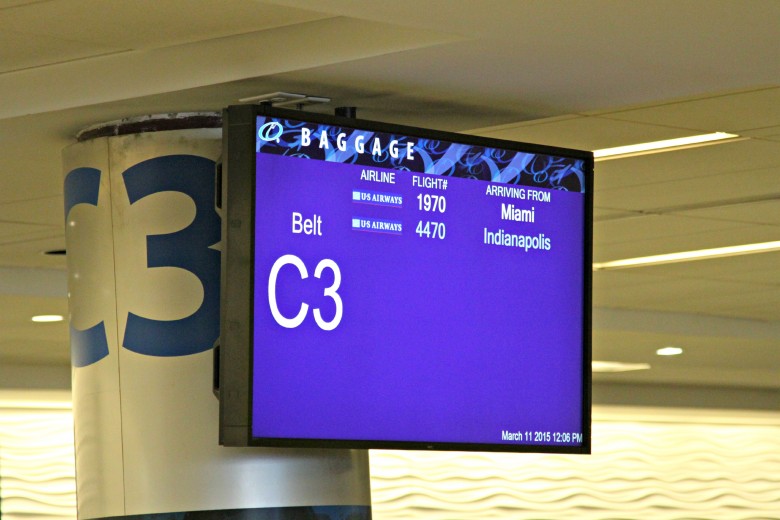 Finally, after what seemed like an eternity, I heard my husband gasp and he took off running. He had spotted his Mom! 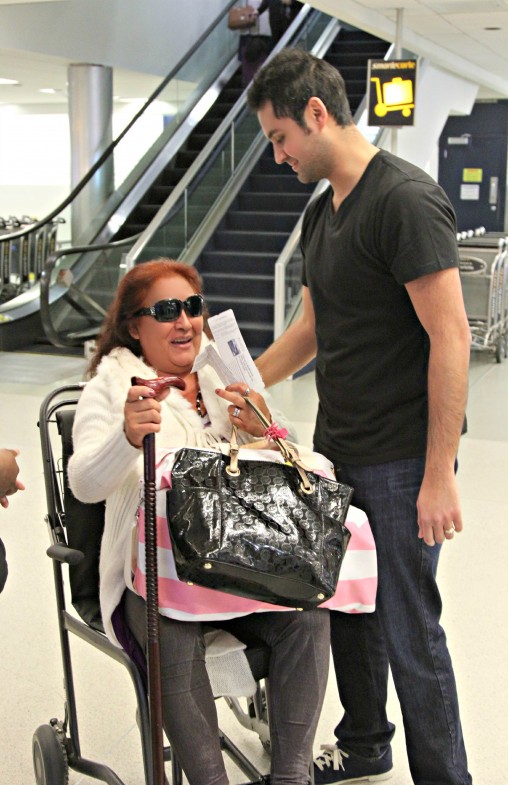 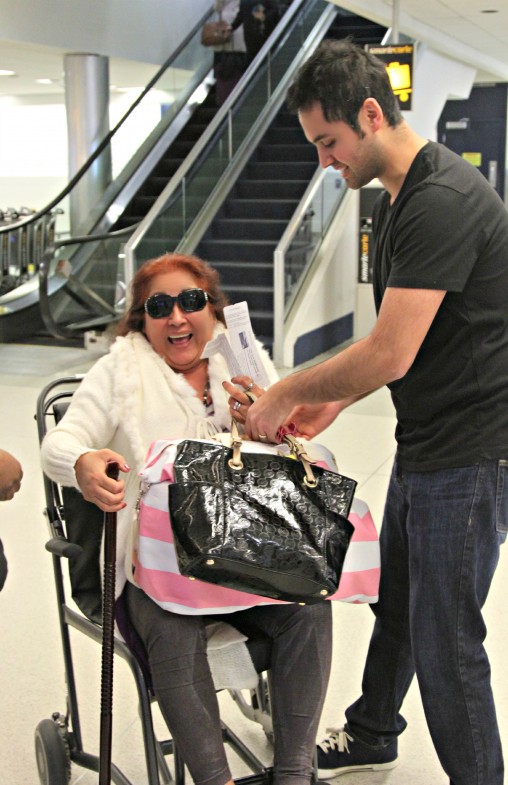 What a special moment in our lives this was for us. We had never imagined that Maria would step foot in the United States and now she was here for three months. There were rounds of hugs and kisses and then she politely demanded that we take her to see her grandson.

Our hearts beated in anticipation during the ride from the airport to my parents home. When she saw Joaquín for the first time, it almost felt like I was giving birth to him all over again. They both fell in love with each other within seconds. 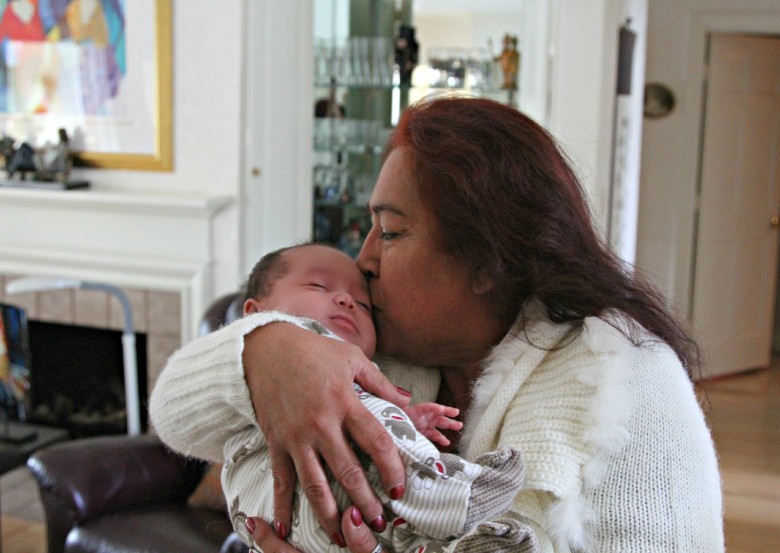 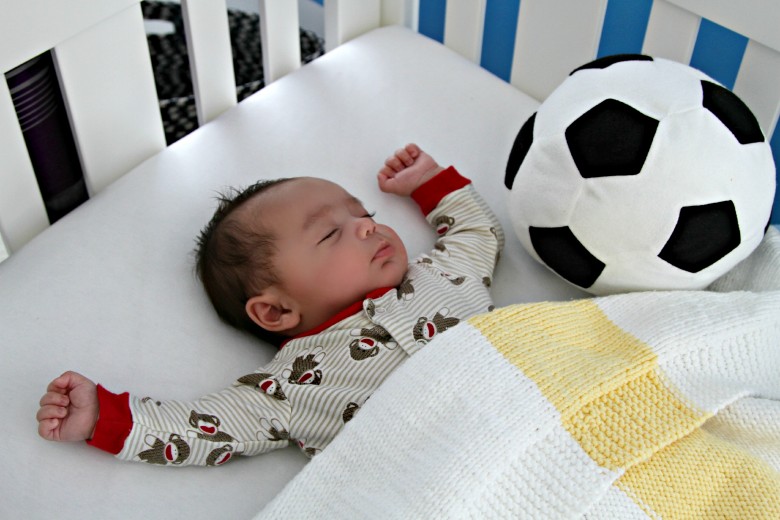 I do not think Joaquín or Maria have stopped smiling in the week that she has been here. The best part about all of this? She obtained a ten year tourist visa, so this will be the first of many visits!