As opposed to the traditional thought that gaming is a highly addictive source of diversion and entertainment, recent research stated that this is a thing of the past. Gaming has an array of perks and the key amid this is the creation of cognitive skills both in adults and children alike. We all believe in physical exercises as it helps to strengthen and improve the muscles. Similarly, we cannot ignore the significance of cognitive games which will help in indulging one’s brain in a constant stimulation thereby enhancing the performance of the mind. 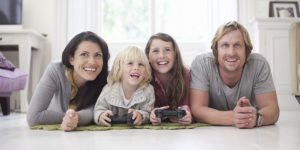 Video Games and its Cognitive Benefits

So, let your kids enjoy playing video games and take pleasure from the different cognitive benefits.