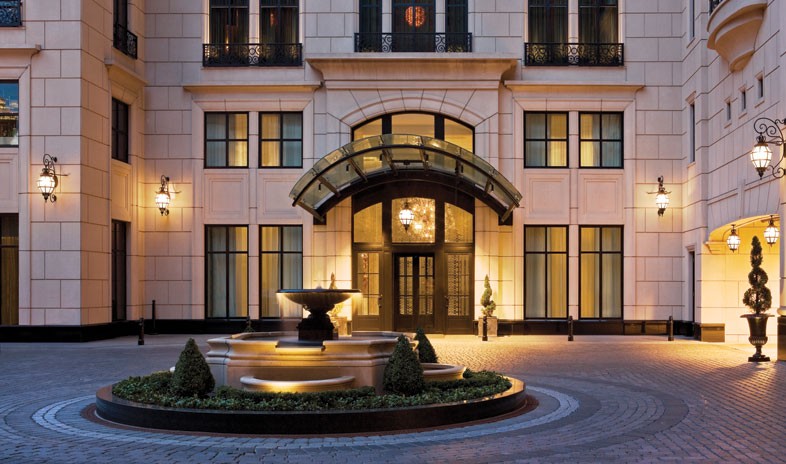 My husband and I were smitten from the moment I walked through the Waldorf Astoria Chicago’s front doors, as I was now in the land of ultimate luxury.  I could not wait to explore the entire hotel, however I was most eager to see my accomodation.  I was completely taken aback as I entered the room.  For a hotel in a major city, when space is extremely limited, it was almost impossible to believe just how large the room was!

Having never been to Chicago before, I had no idea what part of the city to stay in.  Thus, I took a chance with the Gold Coast neighborhood, which is where the hotel is located.  This historical area is filled with designer boutiques, gourmet restaurants, and high-rise penthouses all within walking distance.  The Waldorf Astoria Chicago fits in perfectly with its glamorous surroundings.

The bedroom in the Deluxe Suite is designed with a strong aura of simple elegance.  The bed was so comfortable that I never wanted to leave it — in fact, we hardly left our room for the three days I was there.  My excuse as to why we hardly saw any of Chicago: the Waldorf Astoria Chicago.

The flat-screen TV and iPod docking station were the perfect amenities in the already perfect room. 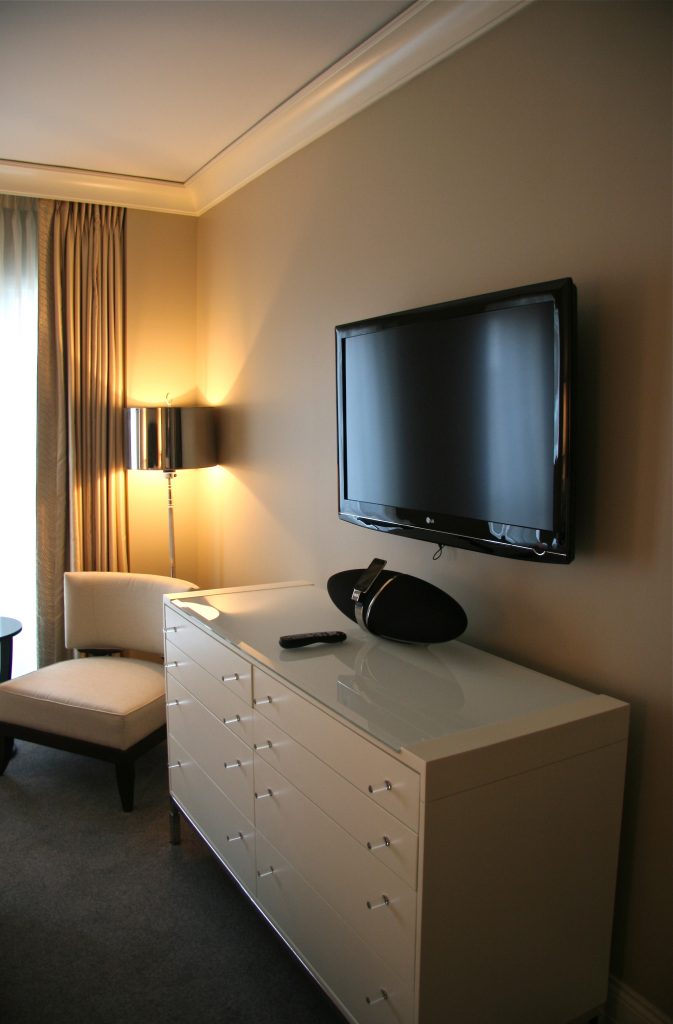 You know that you are in a luxury hotel when there is a TV in the bathroom mirror.  It might be ridiculously indulgent, however I loved being entertained while relaxing in the bathtub or getting ready to go out.  I also very much enjoyed the designer bath products and terry-cloth robes.

The Deluxe Suite had another room attached to the bedroom that functioned as a kitchen/living room/office.  In an appointed nook there was a sink, an ice maker, a refrigerator, and a microwave.

My absolute favorite part was the fireplace, which immediately turned on and filled the room with warmth with a press of a button, and that was a necessity since we were visiting in December.

Why It Is Andi’s Pick

Every luxury hotel should care about the details like the Waldorf Astoria Chicago does.  No matter where you look, there is a special touch that adds sophistication and class to make certain that you will want to return over and over again for years to come.