John, Paul, George, and Ringo were the real reasons I was eager to visit Liverpool.  In honor of the 50th Anniversary of The Beatles, we followed in the footsteps of the Fab Four with Trafalgar’s Local Expert and bonafide friend, Phil Coppell.  He showed us the iconic sights and gave us an exclusive inside scoop of their lives before, during, and after creating the band that changed the world.

We began our guided tour at Penny Lane.  “Penny Lane” is ranked on Rolling Stone’s list of the 500 Greatest Songs of All Time.  It was written by Sir Paul McCartney and the title is derived from the name of a street near John Lennon’s childhood home.  McCartney and Lennon would meet at the Penny Lane junction in order to catch a bus into the center of the city.  If you listen carefully to the lyrics while driving down the actual Penny Lane, to this day you will still see the landmarks described so eloquently in the song. 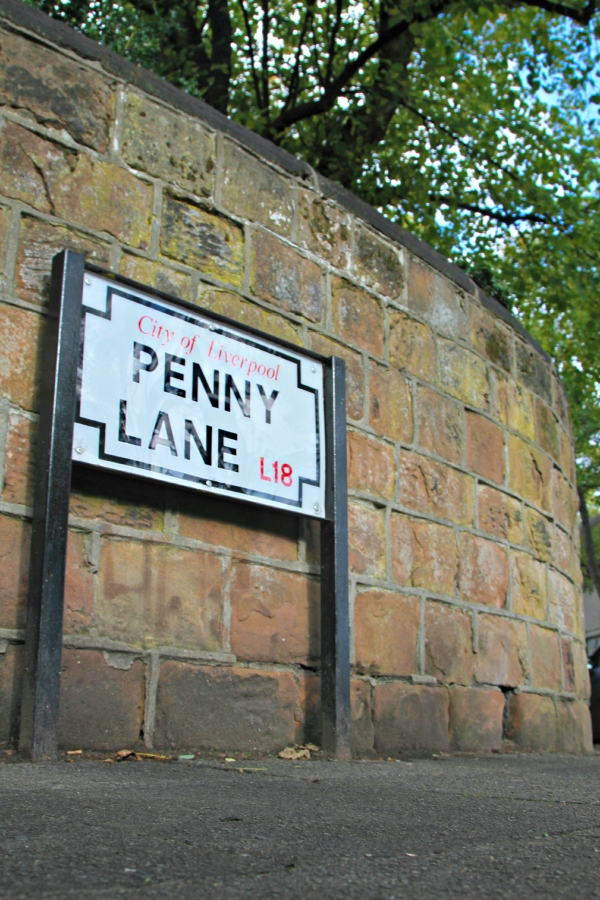 Also reordered at the same time as “Penny Lane”, as part of the Sgt. Pepper Sessions, was “Strawberry Fields Forever”.  Both songs were later included on the Magical Mystery Tour LP.  The Beatles Producer George Martin once claimed that he believed the pairing of the two resulted in the greatest single ever released by the band.  In the US, the songs together became the band’s 13th single to reach #1 on the Billboard Hot 100.

Thus, the next stop was to Strawberry Field, a garden in a Salvation Army children’s home where Lennon often played.  His memories there inspired him and McCartney to co-write “Strawberry Fields Forever”. 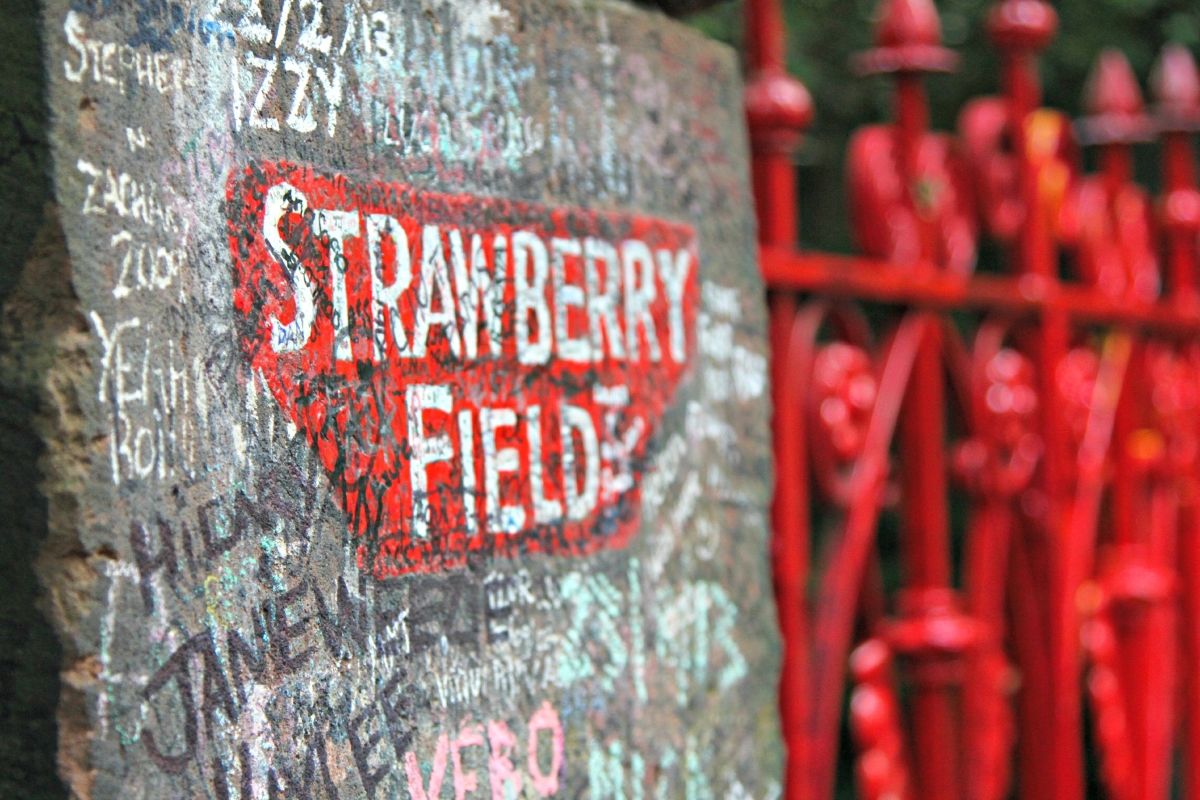 Lennon’s “Strawberry Fields Forever” and McCartney’s “Penny Lane” shared the theme of nostalgia for their early years in Liverpool.  Although, both referred to actual locations, the songs also had strong surrealistic and psychedelic overtones and reflected the challenging times that The Beatles were facing. 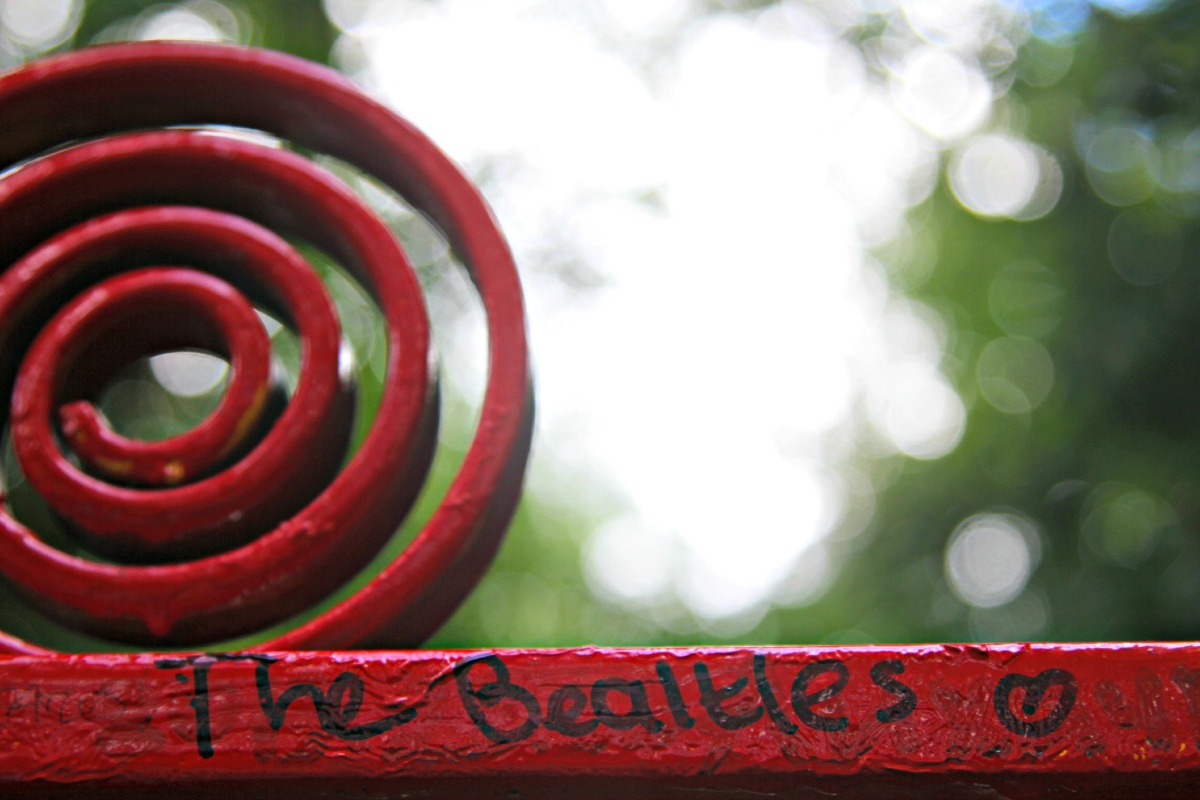 Our following stop was to 20 Forthlin Road, the childhood home of McCartney, who happens to be my favorite Beatle.  Growing up, my parents were always playing their music and they have held a special place in my heart ever since.  It was definitely a surreal and unforgettable moment when I looked up and saw a rainbow at the end of the street — it was as if the Fab Four had personally welcomed me to their city! 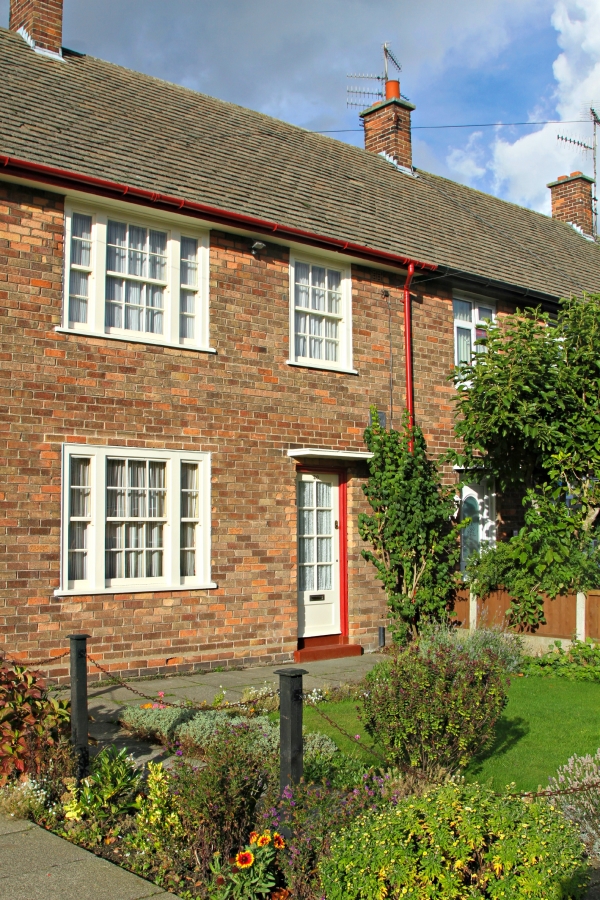 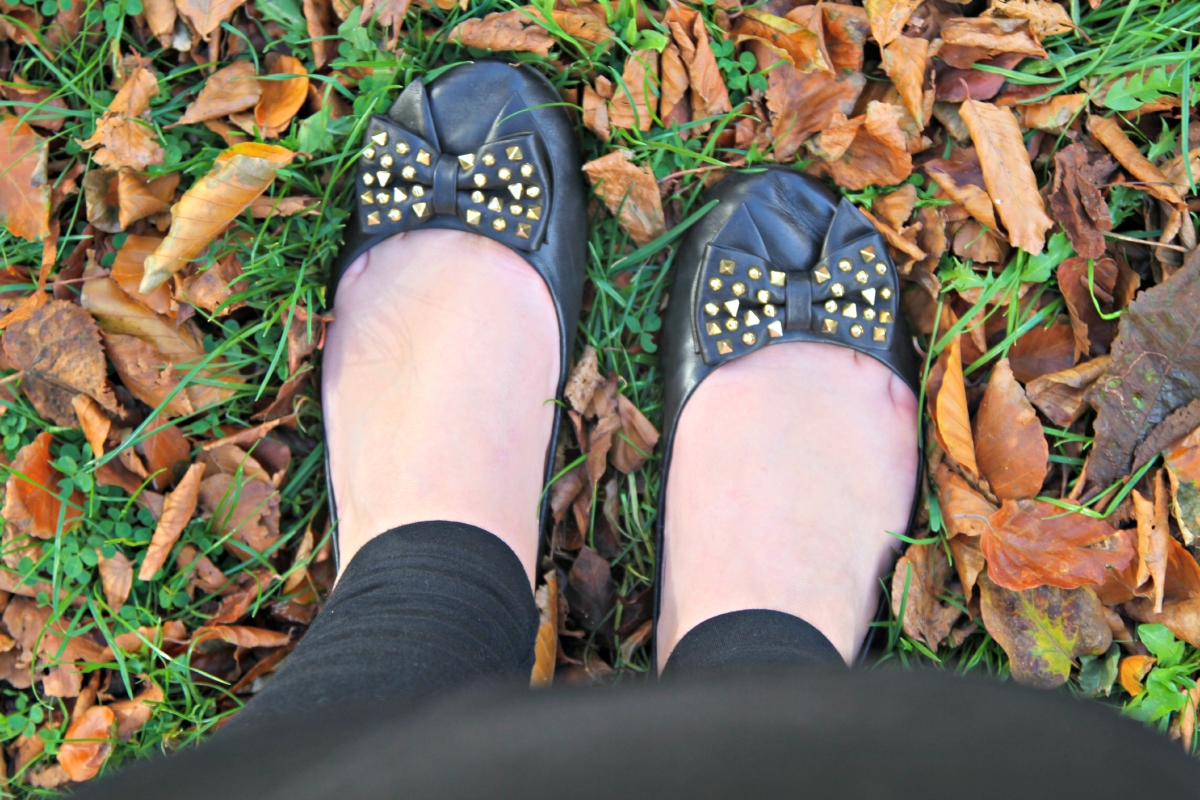 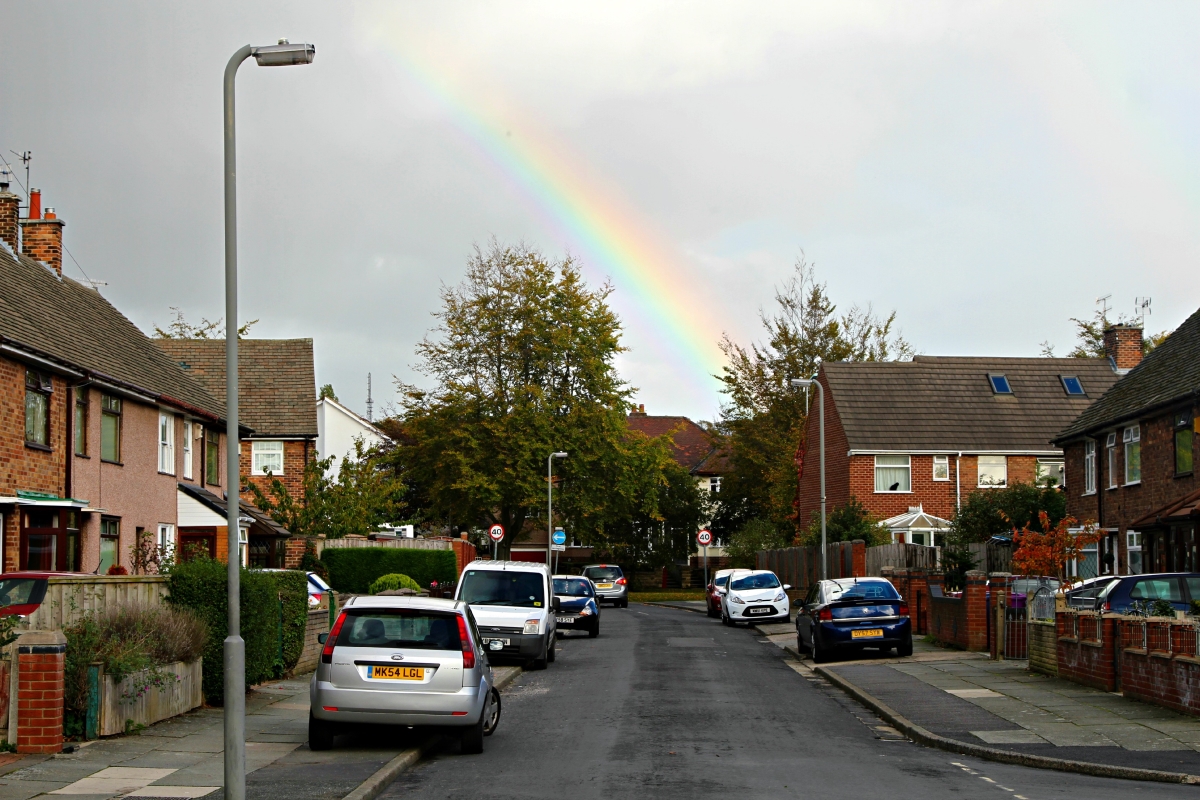 Our guided tour ended at the infamous The Cavern Club.  This nightclub located in the middle of Liverpool was originally a jazz club, but later changed to rock and roll once the music took a strong hold over the city.  The club hosted its first performance by The Beatles on February 9th, 1961 and as luck would have it Brian Epstein, their future Manager, happened to be in attendance and after the show he was able to secure the groups’ first recording contract. 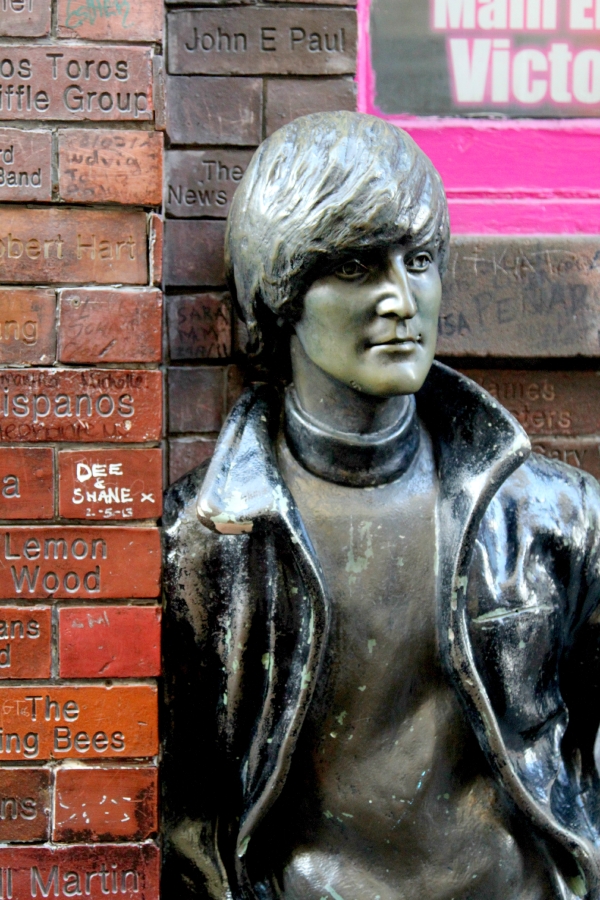 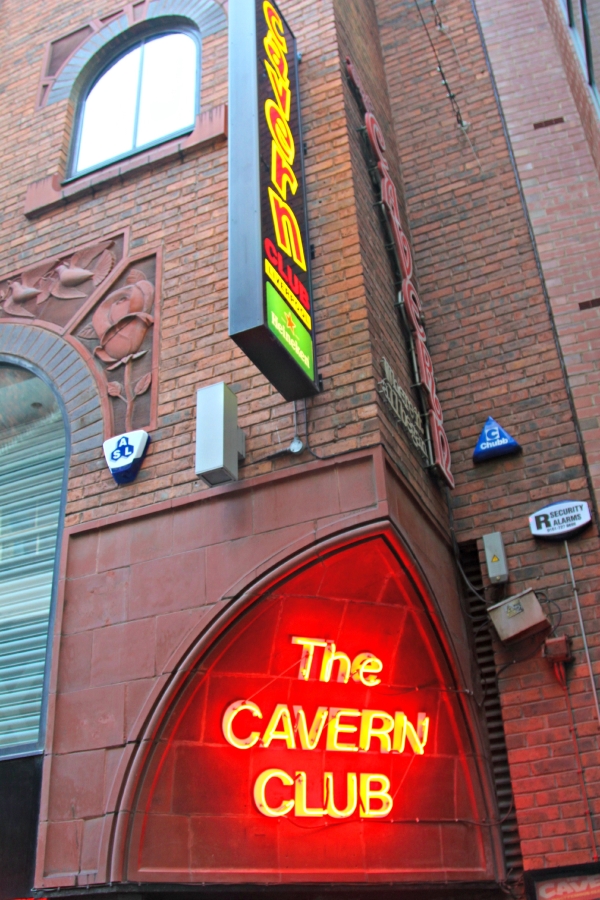 Before dinner, we checked into the Liverpool Marriott Hotel City Centre and I was greeted with a magnificent view from my room’s window. 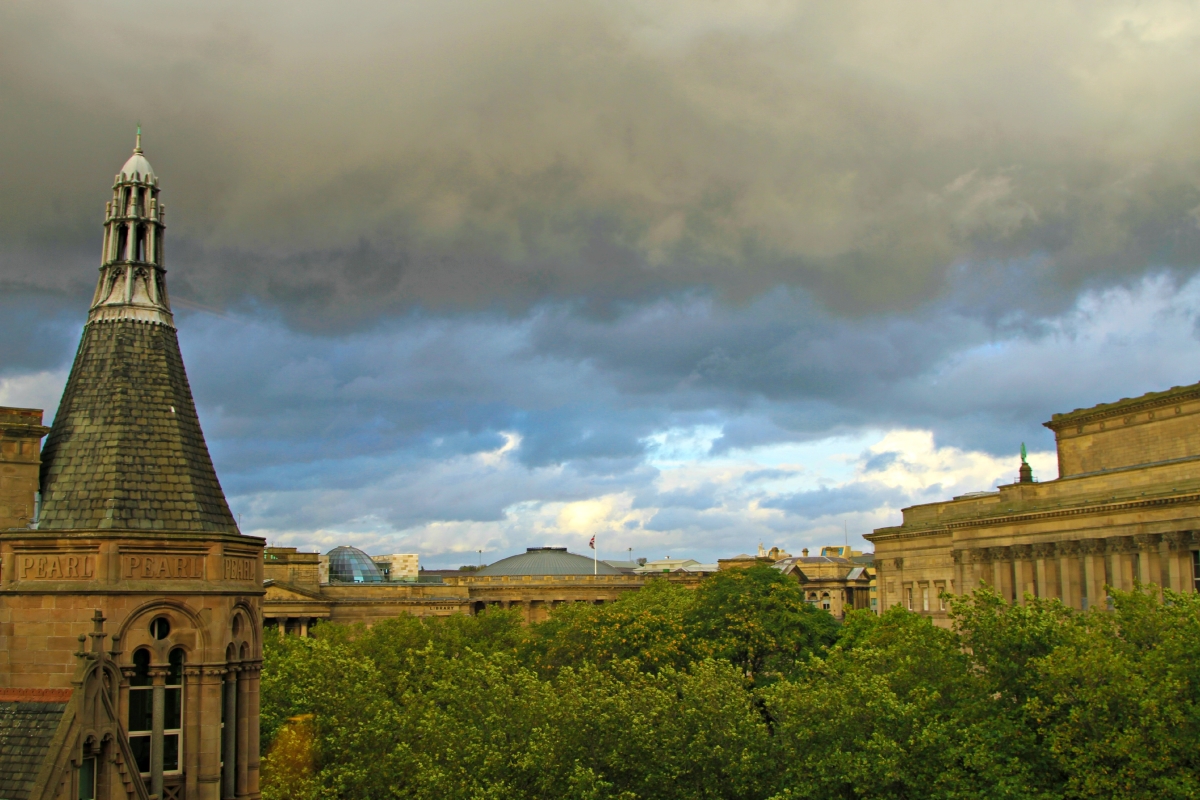 Labeled the “World Capital City of Pop” by Guinness World Records, the artists of Liverpool origin have produced more number one singles than any other, which greatly contributes to the city’s status as a tourist destination.  Whether or not your a Beatles fan, this historical city deserves a visit if you should find yourself in England.