I am not going to lie; I was hoping for a girl.  Of course, it goes without saying, that first and foremost I wanted a healthy baby, but I was definitely pulling for team pink.  I had already planned my daughter’s nursery in my head and all of the trips we would take around the world together.  I would teach her to be fearless and that her gender would never stand in the way of her dreams.  I think most people assumed that I would have a girl, because I come across as a girly-girl.  However, what most people do not realize is that I was not always so in touch with my feminine side, in fact I was about as big of a tomboy as a girl can be!  I grew up playing every sport I possibly could and finally settled into swimming around the age of 14 when it was clearly the sport I excelled in.  I wore my father’s hand-me-downs and threw temper tantrums if my mother mentioned shopping for new clothes.  Makeup?  Haircuts?  Forget about it!  Boys?  Dating? Gross!  I was faster and stronger than any boy I knew and if someone told me that I could not do something because I was a girl, I would make sure I proved them wrong.  Then halfway through high school it was like a switch had been turned on and overnight I became obsessed with all things girl.  Believe it or not, I have not owned a pair of pants in over 15 years!  I even went skydiving and bungee jumping in a dress and sandals.  But, the moment the ultrasound tech said, “It is a boy!”, nothing has ever felt so right in my life.  Any desire that I had to have a girl instantly went away and I fell so deeply in love with my son, Joaquín Alejandro. 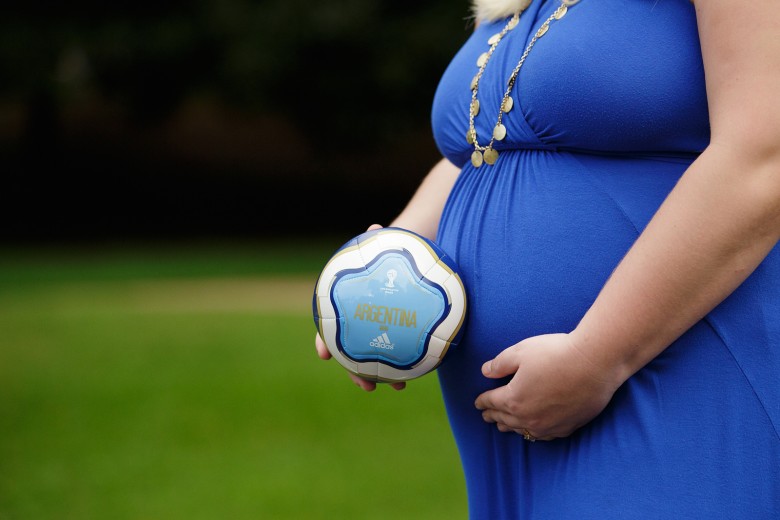 Once I started telling people that I was having a boy I heard story after story about the extraordinary bond between a son and his mother.  How affectionate they are with you, how they always want to protect you.  I get more and more excited with each passing day.  I am looking forward to tapping into my tomboy side that I grew out of so many years ago.  Maybe I will have to crawl around in the mud in a dress, but I say bring it on!

One thing is for sure, I will raise my son to be respectful, kind, and loving to women.  We desperately need more men like that in this world.  I will also encourage him to follow his dreams, whatever they may be.  The only thing I hope for is is that he never asks me to take him camping.

27 thoughts on “My Thoughts On Having A Boy”