In Tuscany, there is a hamlet that stands out for its skyline — unaltered over centuries and for its tie with the tradition — borne out by involving historical reenactments. This hamlet is also a stage of Via Francigena, the itinerary recently became trendy amongst slow travelers in Italy and abroad. The name of this town is Monteriggioni, a small hamlet that is worth visiting and, in my opinion, one of the most peculiar destinations in Tuscany.

I picked five attractions that every tourist should know, five features that will help you fall in love with this hamlet! Thanks to the help of Relais La Costa charming hotel in Monteriggioni, I spent a stay wrapped up in the enchanting atmosphere of this medieval town. 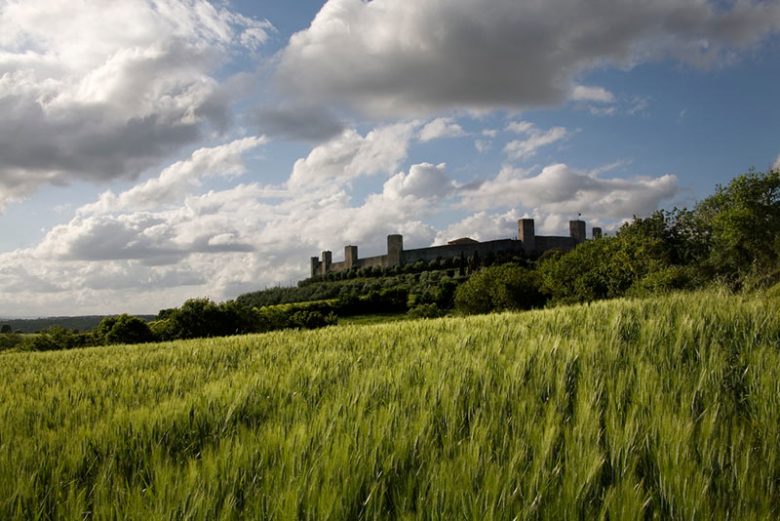 Where Is Monteriggioni Located?

The territory on which the village stands is called Montagnola Senese and is about 10 km from Siena and 45 km from Florence. Monteriggioni became a fortress in the XIII Century, when the city walls were erected to protect the border during the wars between Siena and Florence.

For this reason, the first attraction to visit are the walls surrounding the hamlet. It is not by chance that Dante Alighieri was so impressed by the majesty of the fortress and its 14 towers to mention Monteriggioni in the Divine Comedy, comparing the towers to giants.

The walls were built in stone and totalling a length of about 570 meters. Today it is possible to visit the walkways along the top of the walls by buying a ticket. This is an unmissable opportunity, because from this panoramic point you can admire Valdelsa and Chianti hills, a view that symbolizes the unequalled charm of Siena countryside.

I think that the walkways and the castle inspired the creators of Assassin’s Creed videogame saga. Playing this game, in fact, you can explore a reconstruction of Monteriggioni, where many battles, which happened in the XVI Century, are set.

The second attraction is the entire historic center of Monteriggioni, easily accessible on foot, starting from Porta Franca (the main access to the town), which faces the direction of Rome and therefore is also known as Romea.

Piazza Roma is the main meeting point for the inhabitants and is surrounded by typical restaurants, bars, and the Romanesque-Gothic church of Santa Maria Assunta.

This church was built in 1213, the year of the foundation of Monteriggioni, and later modified in the XIX Century. Furthermore, Piazza Roma is also a stage of the ancient Via Francigena, the route that leads from Canterbury to Rome, through England, France, Switzerland, and Italy.

In Monteriggioni, it is common to meet travelers who have decided to try this long and adventurous pilgrimage by walk.

Certainly, this small hamlet is ideal to be visited without hurry, forgetting for a while a car and other means of transport to enjoy a break from the traffic and noises of big cities.

The Museum Of Weapons And Armor In Monteriggioni

To continue the tour of this unique hamlet, in the best way, I recommend a stop at the Museum Monteriggioni in Arme. There are housed faithful reproductions of weapons and armor of different periods (mostly Medieval and Renaissance).

In special areas of the museum, you can handle some weapons and parts of armor, and you can imagine yourself as a knight, ready to defend your hamlet. Information panels and audio guides (available also in English) help you better understand the most important historical events that happened in Monteriggioni. 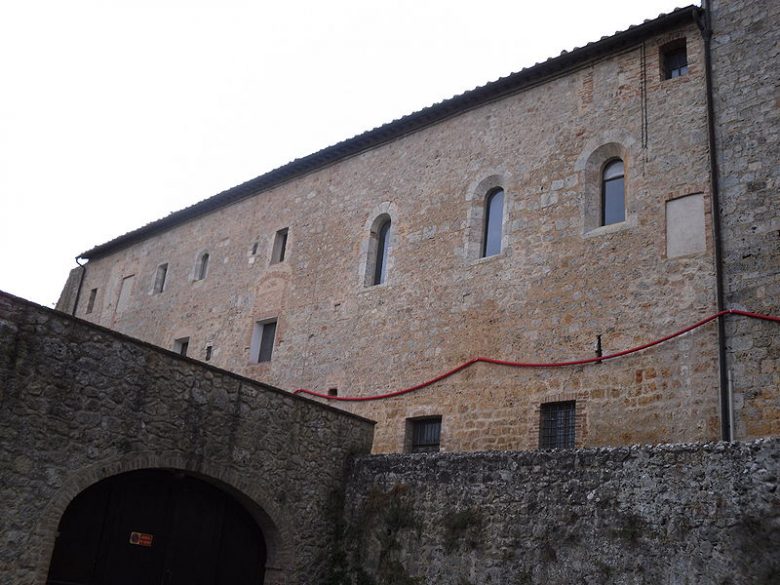 To reach the Hermitage of San Leonardo al Lago, I moved out of the historic walls a few miles south, to the Lake Verano, where rises this church.

The monastery dates back to the XII Century and is surrounded by a forest of holm oaks; a very quiet corner far from the rest of the world.

Inside the Hermitage, I suggest to see the cycle of XIV Century frescoes by Lippo Menni, a Sienese painter who dedicated his work to the Virgin Mary.

The Hermitage was named after the lake, which dried-up in the XVIII century, so we can walk in the woods around the monastery and take pictures of this magical place.

The Medieval Festival Of Monteriggioni 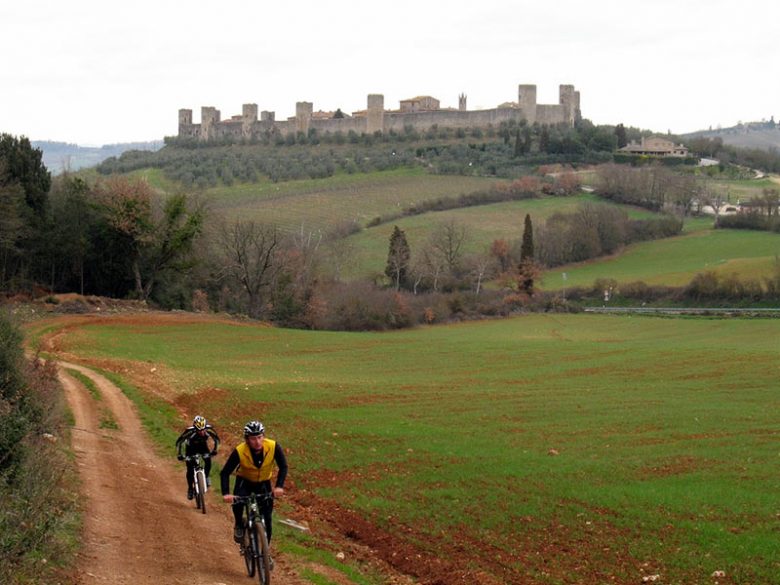 The last attraction I really recommend is a series of events, because the best time to visit Monteriggioni is when historical reenactments are taking place, such as the Valdelsa Challenge (scheduled on June 24th and 25th) and the Medieval Festival (on weekends from July 7th – 9th and from 14th – 16th).

The Disfida della Valdelsa (Valdelsa Challenge) consists of a tournament that recalls the Battle of Colle di Valdelsa, between the armies of Monteriggioni and Poggibonsi. This event includes handicraft stalls, typical medieval cuisine at the restaurants, and falconry shows.

The Festival that takes place in July is the most authentic medieval experience that you can live in Tuscany. For example, to buy things, you need to change euros with coins, the same used in the Middle Ages (coins are available in Monteriggioni during the festival).

The whole town, during the festival, is livened up by performances of street artists, acrobats, and even local taverns offer “medieval” menus.

In the following video, there is a selection of the many activities that characterize this exclusive event. What to expect to plan a holiday in Monteriggioni?

For more information on the Medieval Festival please check the official website: www.monteriggioniturismo.it.