The cash for clunkers formally known as car allowance rebate system “C.A.R.S” was a programme started by the US government to provide its citizens with economic incentives on the purchase of new fuel-efficient vehicles. The primary objective of the programme was to put safer clean and eco-friendly cars to use. This programme, however, did not last for a long due to various factors. The programme started on 1st July 2009 and ended on 24th August 2009 due to the shortage of funds. National Highway Traffic Safety Administration(NHTSA)administered the program. The new car buyers submitted their requirements to the dealers, and the dealers then submitted the same to NHTSA. 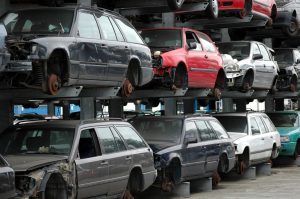 Eligibility criteria of the programme

The programme is beneficial for new car buyers; however, had specific eligibility criteria. The vehicle had to be less than 25years old as on the trade in date. The car had to be insured on a continues basis for at least one year before the trade-in period. The condition of the vehicle needed to be drivable. The trade-in vehicle required to have an EPA fuel efficiency of fewer than 18 miles per gallons.  The programme also demanded of the scrapping of eligible trade-in vehicles; the scrap value of the car would be disclosed by the dealer to the customer and later on the amount of scrap value would be added on to the rebate of the customer no matter how small or big the amount is.

In case of a new car purchased in cash for clunkers programme, the retail price of the car had to be more than $45000and the EPA fuel efficiency of more than or equal to 22 miles per gallon. Also, there were different requirements and conditions for large vehicles like cargos and trucks.

Credits offered in the programme

In the cash for clunkers programme, the credit was given in the form of vouchers. They calculated this difference from the difference in the fuel economy of the purchased vehicle and trade in the car. The amount of credit varied from anywhere between$3500 t $ 4500.These vouchers were used to gain a discount of voucher amount on the purchase of a new car.

Importance of cash for clunkers programme

The primary objective of starting the programme was to bring more fuel-efficient, eco-friendly and safe vehicles on the roads. The imposition of the programme helped in reducing pollution as the plan encouraged the use of eco-friendly cars which means the pollution level could be controlled and brought down. Apart from that the new vehicles being fuel efficient the consumption of fuel would also be at a lower scale compared to earlier. This programme gave rise to using more safe vehicles thus leading to more road safety as well as the safety of the customer.

Economic effects after the implementation of the programme

As there were incentives given to the new buyers the demand for new cars was increasing day by day. That led to a boost in sales and increasing the shares of automobile companies. However, there are a lot of arguments on the success and failure of this programme. On the one hand, the supporters of this programme say that it gave small and temporary growth in the economy as it leads to removal of approximately seven lacks fuel inefficient vehicles from the roads and boosted sales.

While on the other hand the criticizers of the project state that the programme leads to a shortage of used cars causing the car prices to surge and this had a terrible effect on the small-income group people. They also state that it helped the foreign automobile companies to sell the cars at the domestic rates and the project had many unknown and indirect consequences. Some studies also indicate that the programme had an adverse effect on the environment as there was a lot of scrapping work involved in it and the scrapping of vehicles lead to the rise in the pollution level and was harmful to nature.

The imbalance in the economy

Various studies and economist stated that there was an imbalance in the nation’s economy for the time being as the program benefited the customers and it increased profit and employment only in the automobile industry. Also, the incentives or the monetary benefits are given to the customers was not generated from the programme but the funds had come from different sources, and there was no way to recover it through the CARS programme. Also, the plan did not give benefits to all car brands in the then existing market as many of them were not eligible for the same.

The closing of the programme

The programme hardly lasted for 45 days and came to an end on 24th August 2009. On 20th August 2009 the transport secretary had announced that the programme would end by 8:00 pm due to which many car dealers stopped processing the documents of new buyers since then; however, the deadline for them was 25th August 2009. The programme came to an end due to the insufficiency of funds. The cash for clunkers programme was a $3 billion programme out of which $ 1 billion was spent in the initials day itself; to be specific 24th July 2009. Before the expected end of the programme, the government then had to add a sum of $2 billion to the program’s funds to meet the high demand for the programme.

Thus the “cash of clunkers “programme was initiated by the US government with the several economic, financial and environmental factors in mind and their objective was to achieve success in the same through the smooth rendering of services and by encouraging the citizens through incentives. However, the whole outcome of the programme was not as desired and there are different views of different people on the programme. The several supporting economist and criticizing economists give their statements on the basis of different segments related to the programme and also the silent factors and indirect results of the programme.