Since my friend was still not feeling well and I awoke with the dreaded “Delhi belly” as well, we decided to eschew the bus ride that our tour company had arranged for us and instead booked our own private taxi, which saved us about three hours of driving time from Agra to Jaipur.  The traffic we faced while trying to leave Agra was a nightmare, as is the case for most of the country. 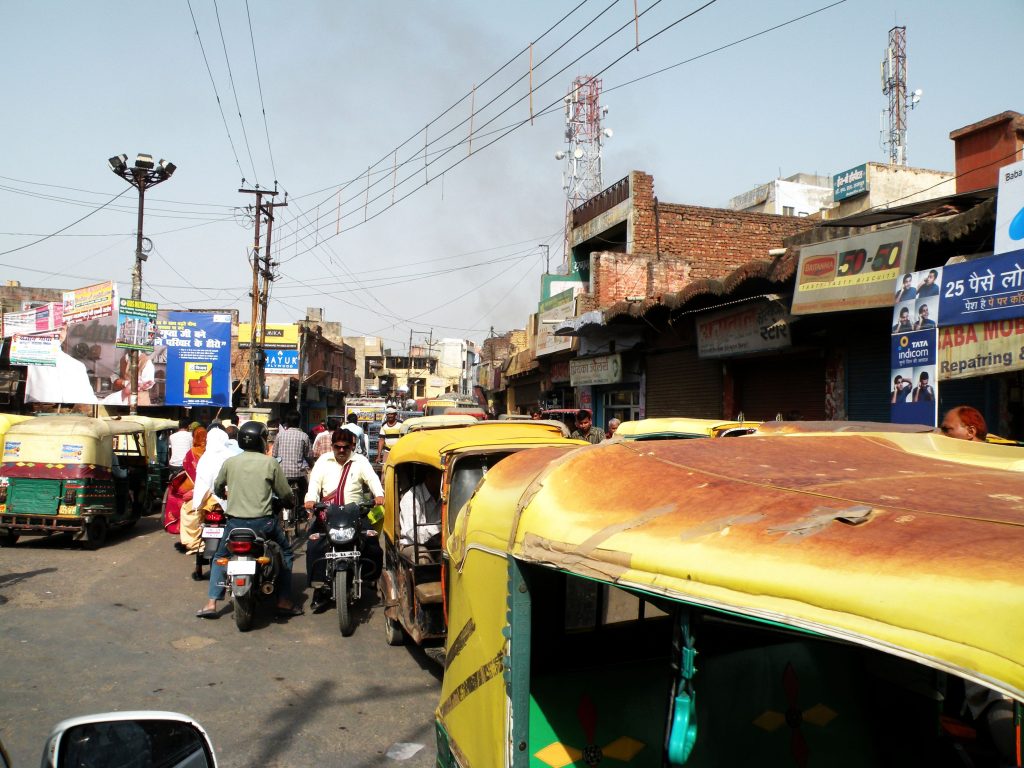 I love the following video I took while stuck in the midst of one of the various traffic jams.  It is just so India!

Along the way we saw a copious amount of water buffalo.  Apparently in India, their milk is highly desired. 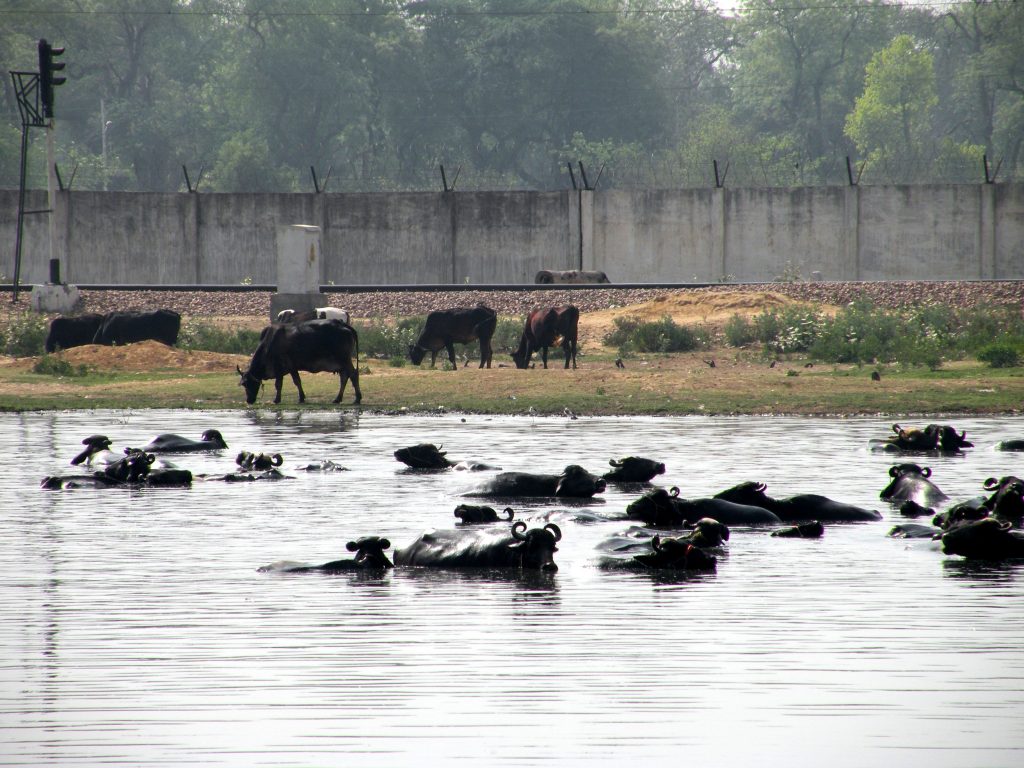 They also happen to cause major traffic problems too!

Since pink is my favorite color I was really excited to see “the Pink City,” otherwise known as Jaipur.  I had a feeling that I was in for some adventures there, especially since the next day I would be riding my favorite animal through an ancient fort, but first I had a special date lined up for later in the day. . .