Of course, I made my flight!  I told you, nothing comes in the way of a trip for me, especially a trip to a Mediterranean island.  The good news: I found an emergency Dentist that was able to see me right away and that spoke very good English.  The bad news: I had to get an immediate root canal.  As much as root canal’s suck, I had never been so happy in my life to have someone drill a hole into my tooth (it also helped that the Dentist was a sexy Spaniard, wink wink).

I was in and out within two hours.  We still had another hour to kill before we needed to be at the airport and due to the nice high I was experiencing  from the mix of Novocain and Vicodin, believe it or not, I was well enough to get some last minute shopping in!

Our flight to Ibiza was probably the shortest of my life to date.  I wish that I could have filmed the flight, because it truly was like a scene out of a movie.  People were passing around big bottles of alcohol, there were women dressed up like Playboy Bunnies, and when we landed everyone started cheering.  Oh, and a very drunk passenger in the row ahead of me decided to use his water bottle to urinate in while still in his seat instead of walk five feet to the bathroom.  I am certain that my swollen cheek was a strange sight as well.  What the hell were we in for in Ibiza?

It was dark when we landed, so I was not able to see much of the island on the drive from the airport to our hotel.  We went straight to our hotel, Ocean Drive, and it did not disappoint.  The manager, Juan, is one of the nicest guys I have ever met and he quickly became friends with my brother and I.  I think he felt bad about my tooth, as he said that he was going to plan the most amazing night for us.  He told us to check into our room, get showered and changed, and return to the lobby at midnight.  Yes, you read correctly, midnight.  Usually I am asleep at this time, however tonight I would be eating dinner at this hour instead.

Juan first sent us to the super-trendy sushi restaurant B.For.  Without his help there is no way we would have gotten in without a reservation on this short of notice. 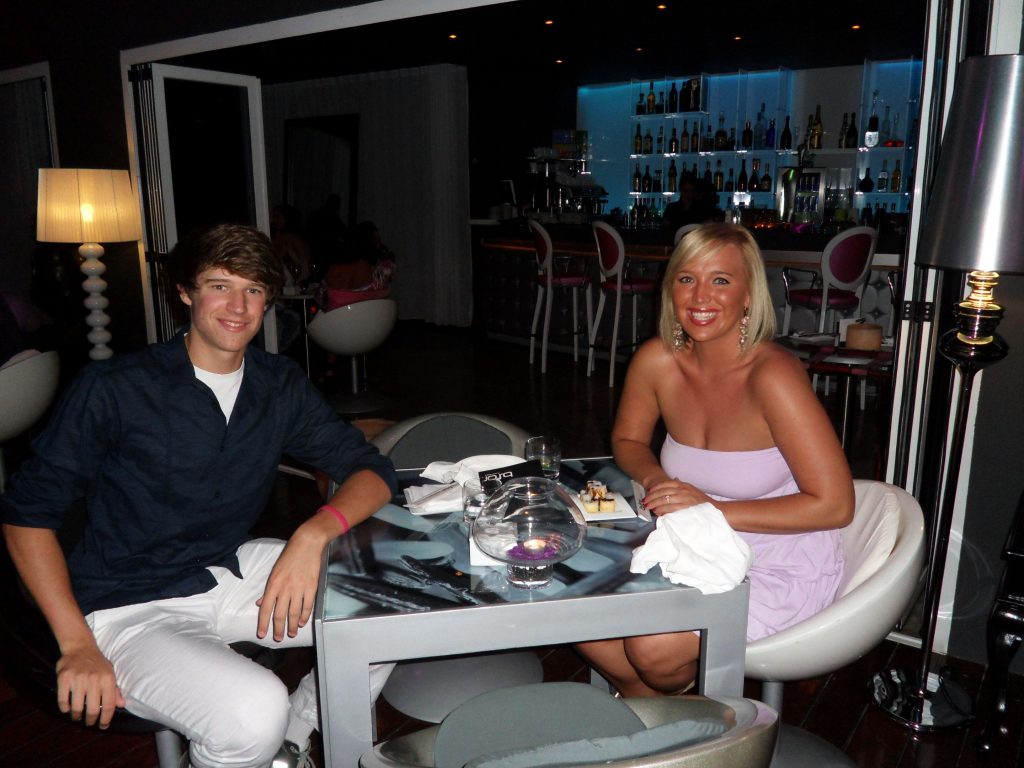 B.For is the restaurant of choice for the “in crowd” on the island.  Do not go there under dressed, or you will be turned away.  Also, be forewarned that it is very expensive.  And when I say expensive, I mean two people cannot eat for under $100 Euro expensive. 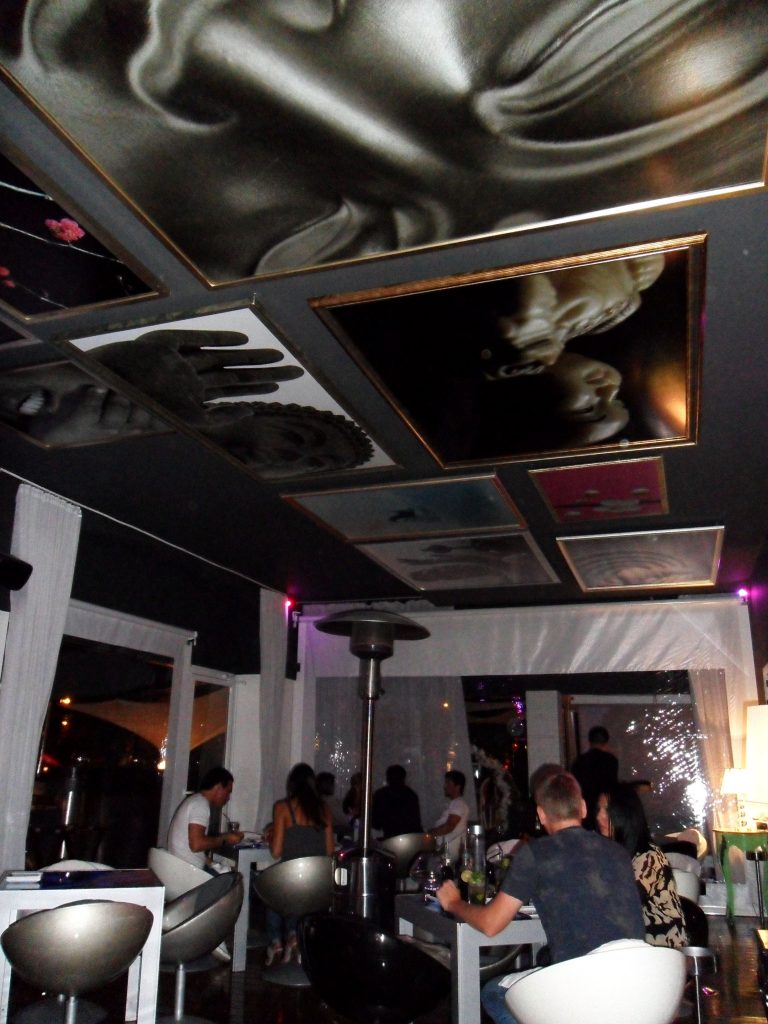 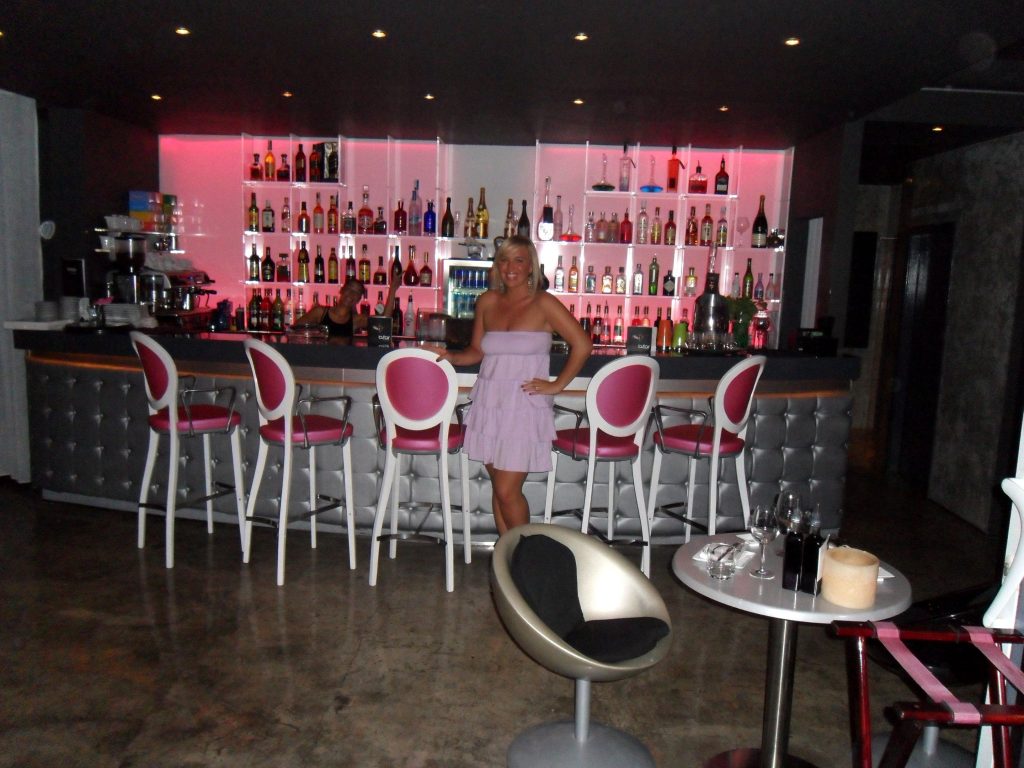 But on that night, money was no object.  I was celebrating being out of pain and having made it to Ibiza!  What better way to celebrate than with a nutella and banana maki roll? 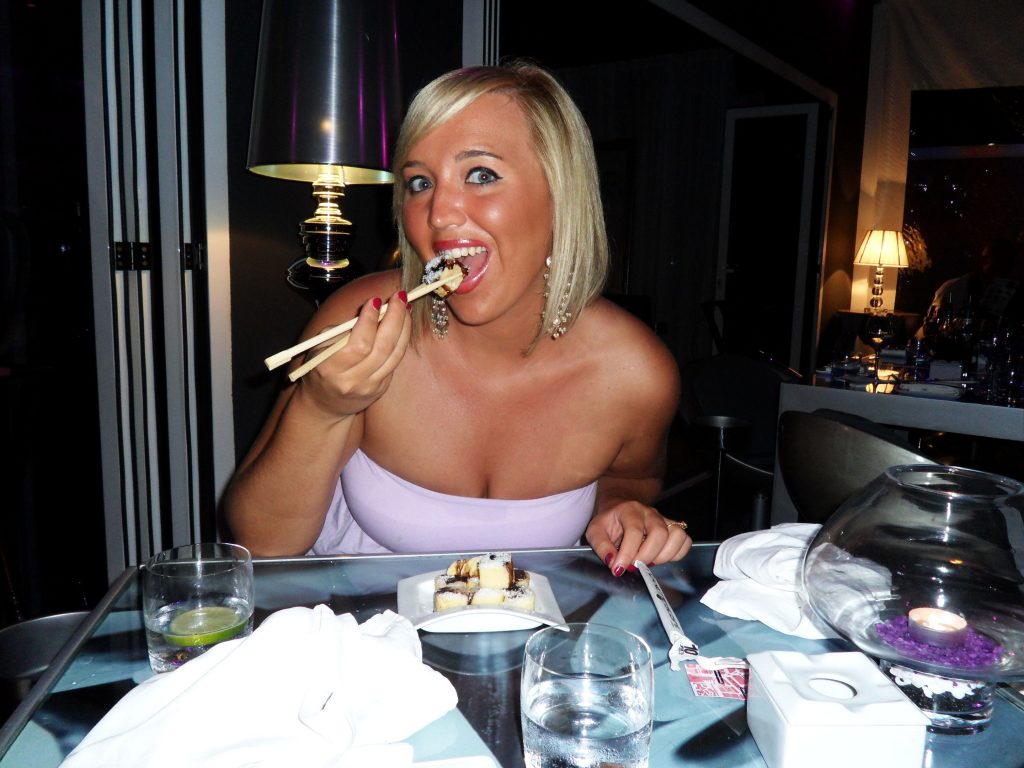 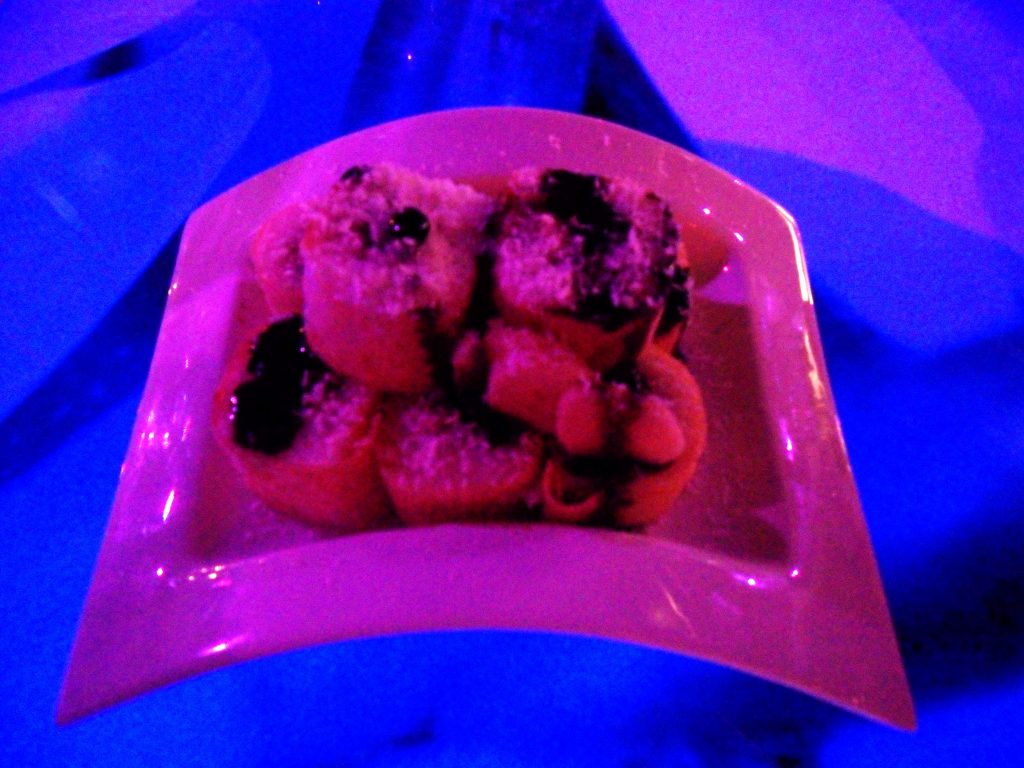 Although the decor was stylish and the food was sublime, the best part of the dining experience was our very friendly waiter.  Like most people we had encountered thus far, he assumed that my brother and I were a couple.  Midway through our meal, he brought us two free drinks and said in Spanish, “This is for inspiration for later on.”  I thought maybe I had misunderstood him and asked him to repeat himself.  He said the same thing again, winked, and pointed at the menu.  The drinks he had given us were called Sex on the Beach.  While he laughed, I wanted to vomit.  My brother quickly told him that we were siblings, not lovers.  He just laughed even harder and brought us out two more free shots for the mistake. 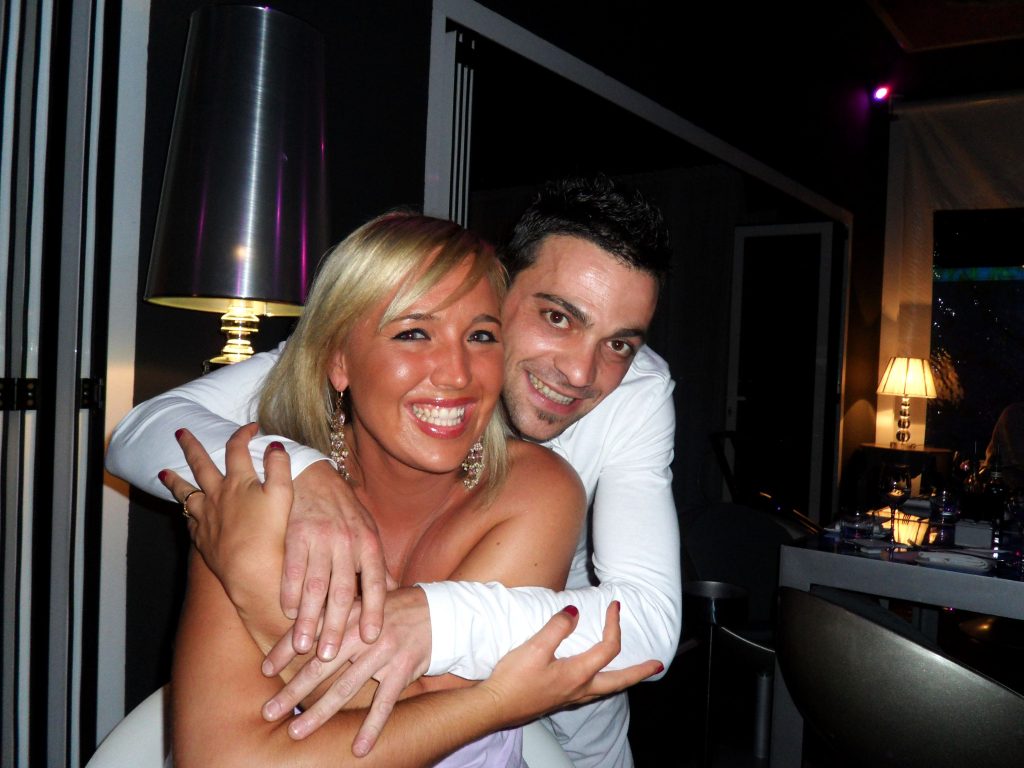 Juan also got us on the VIP guest list at Pacha, saving us about $200USD in entrance fees and having to wait an hour in the line to get in.  The club happened to be next door to the restaurant and by the time we arrived it was pushing 2AM.  I was starting to feel the effects of the root canal, but I wanted to get a taste of the notorious Ibizian nightlife.  As I was dancing to David Guetta I felt like such a rock star; earlier in the day I was getting a root canal and now I was having the time of my life in one of the coolest places in the world.

At around 3:30AM I left my brother on the dance floor and retreated back to our room.  We still had not made up our mind of how we were going to explore the island over the next couple of days.  Juan told us that renting a scooter was a great way to see everything.  Nonetheless, I was just happy to be recovering in Ibiza!