One of the best things about the fabulous hotel we were staying at was that it provided a gourmet buffet breakfast every morning.  I awoke much earlier than my brother, since he stayed at Pacha until the sun came out, thus I quietly sneaked downstairs, so that I could enjoy a long, leisurely meal to myself.  As I sipped my latte and looked out onto the Ibiza harbor, it occurred to me that this was my first time seeing the Mediterranean Sea.  I could not believe that I had been all over the place, but not yet to one of the most visited bodies of water in the world.  It truly is as beautiful as people say it is!

After breakfast, I went up to the rooftop of the Ocean Drive to sunbathe and take in the stunning view (our room shared this view as well). 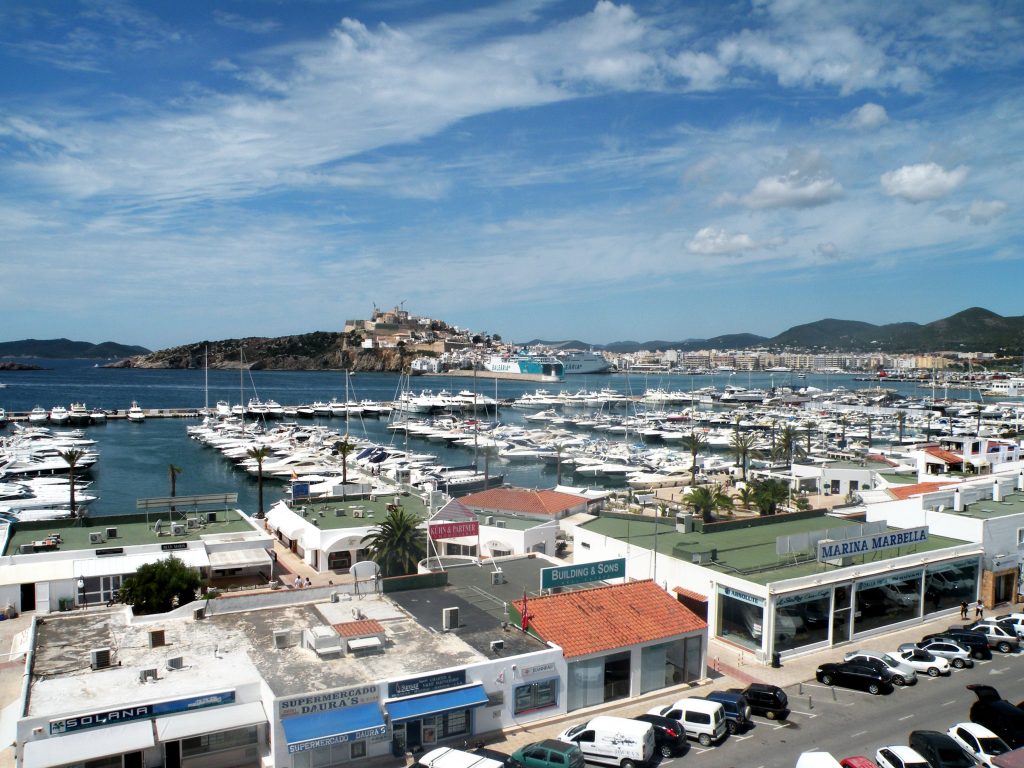 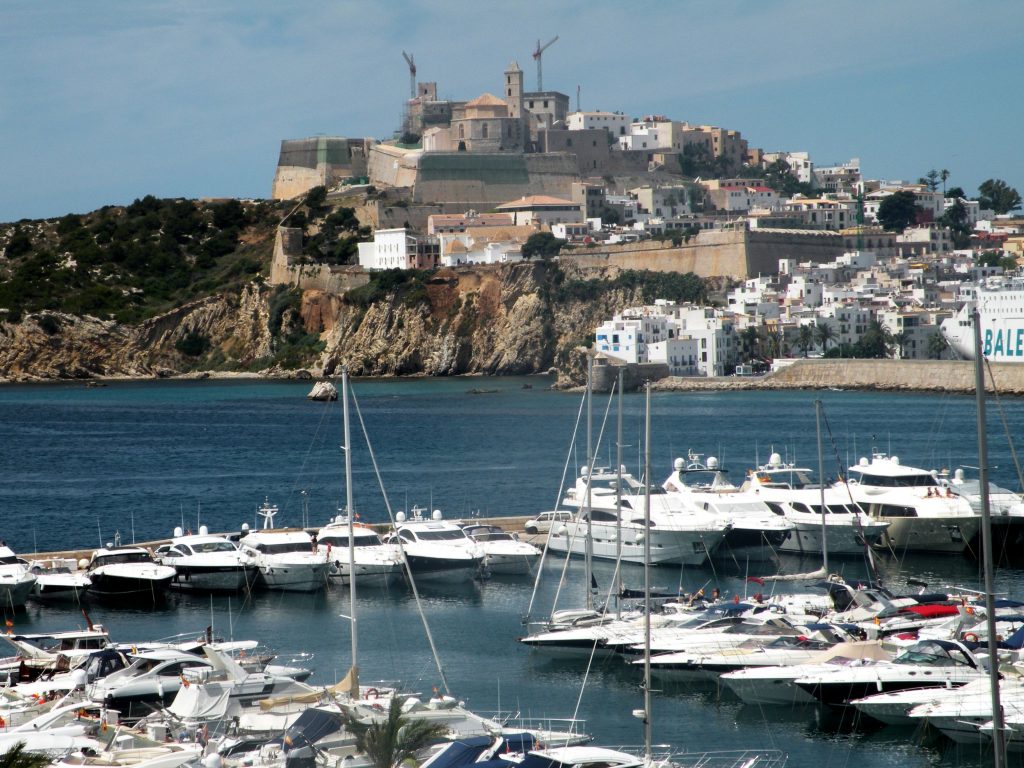 Around mid-afternoon my brother finally woke up.  Ocean Drive knows that most of its patrons will want to sleep in after visiting the clubs, thus breakfast runs until 2PM.  While my brother was eating breakfast and I now lunch, we made the decision that we would rent a scooter for the next two days and visit as many beaches as possible.  Juan made a call and about twenty minutes later a scooter was delivered to us (if you have not figured it out already, Juan is the man). 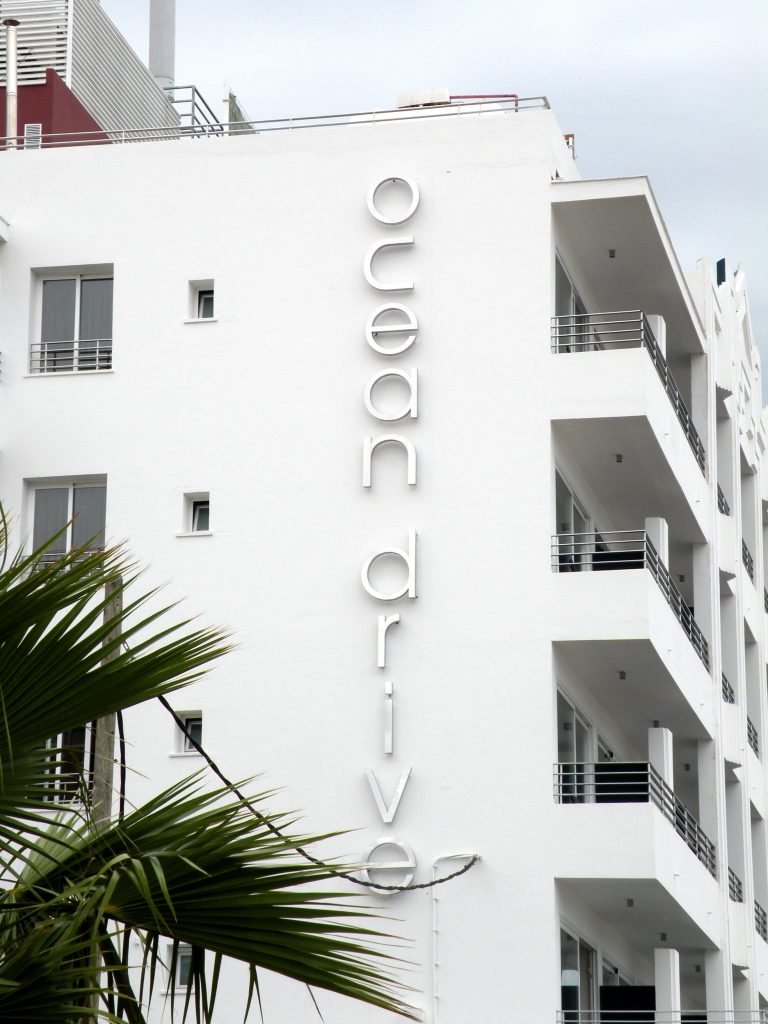 We were given a map and wished good luck.  I adore my brother more than life itself, however I will admit that it was a little difficult at first entrusting my life in his hands.  Nonetheless, I hopped on the back of the bike and we were off on our island adventure in no time! 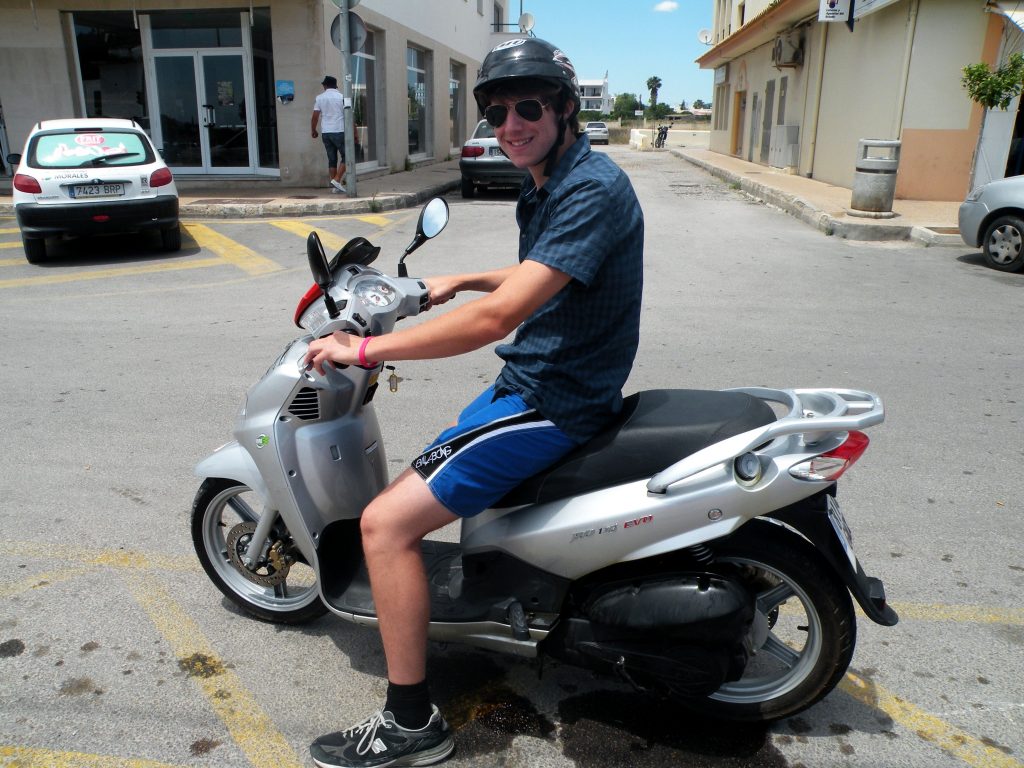 Despite Ibiza being a small island, there were copious beaches for us to chose from.  A couple of people recommended we start at Ses Salinas, which is one of the most popular beaches to visit on the weekend.  So, we decided to start there. 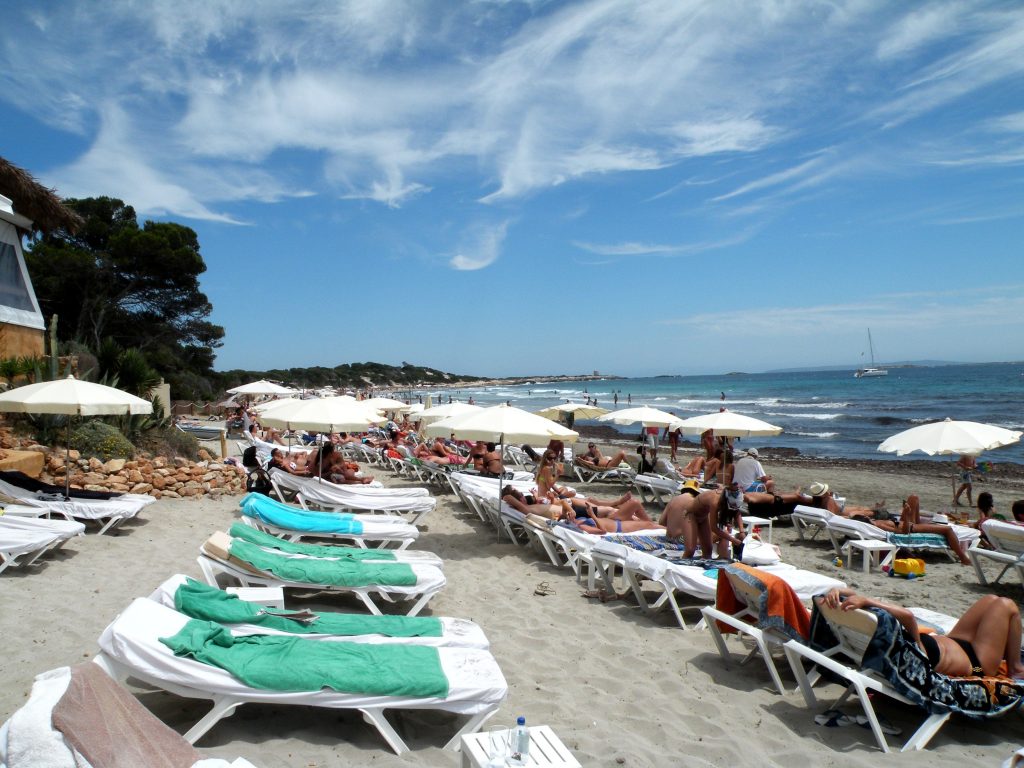 The beach was beyond packed and the only way we could find space was by renting two chairs from the chic Jockey Club, which is a beachside club/restaurant.  While they were getting our chairs ready, we decided it was time for our daily sangria drinking ritual.  My brother and I were pretty excited when the restaurant turned on their TV in order for everyone to watch the World Cup and it just so happened that our favorite team, Argentina, was playing. 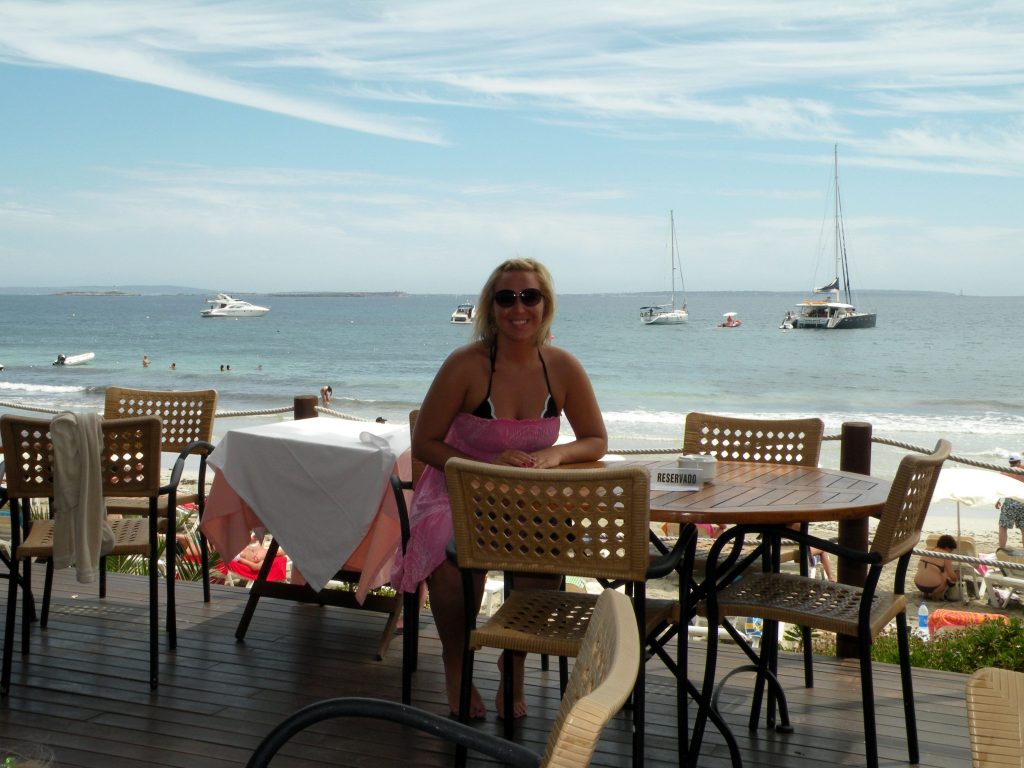 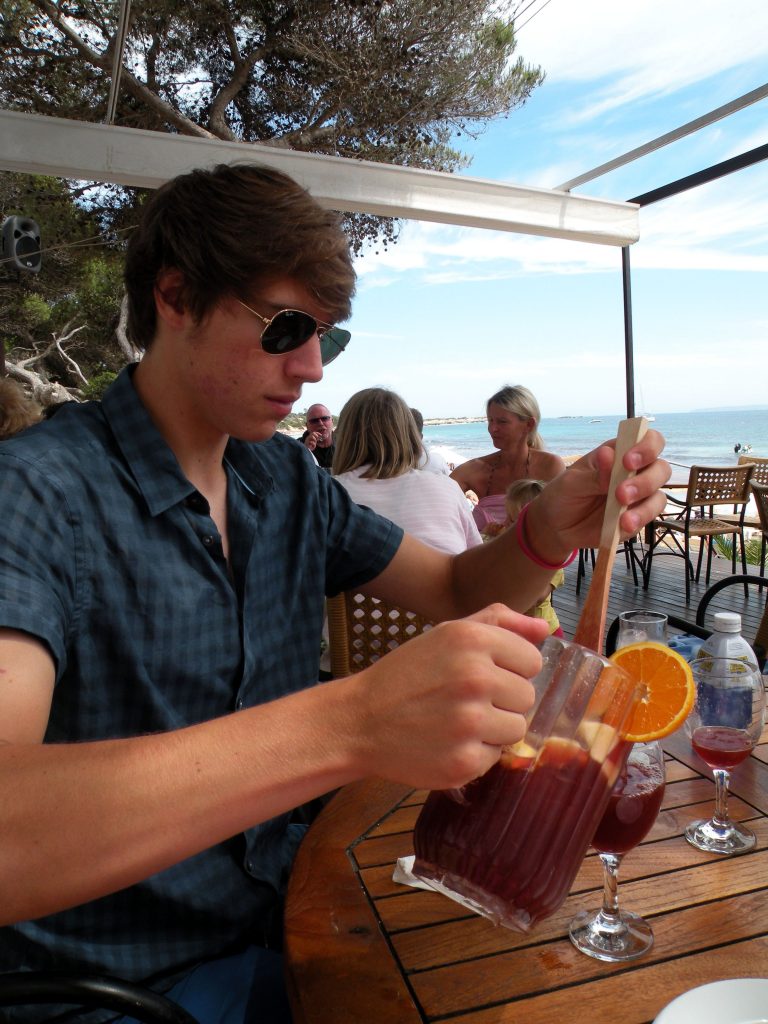 After about three hours and a win by Argentina we were ready to move on to our next beach and we chose Playa den Bossa. 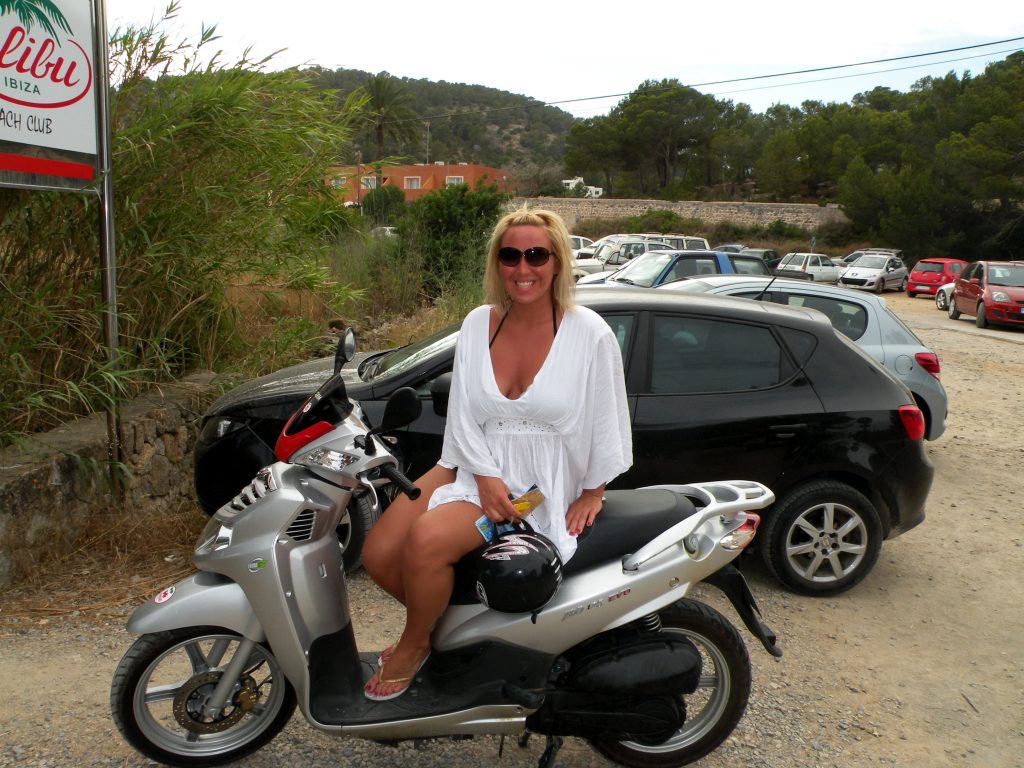 Playa den Bossa is where you will find the younger crowd, because the most affordable accommodation is located there. 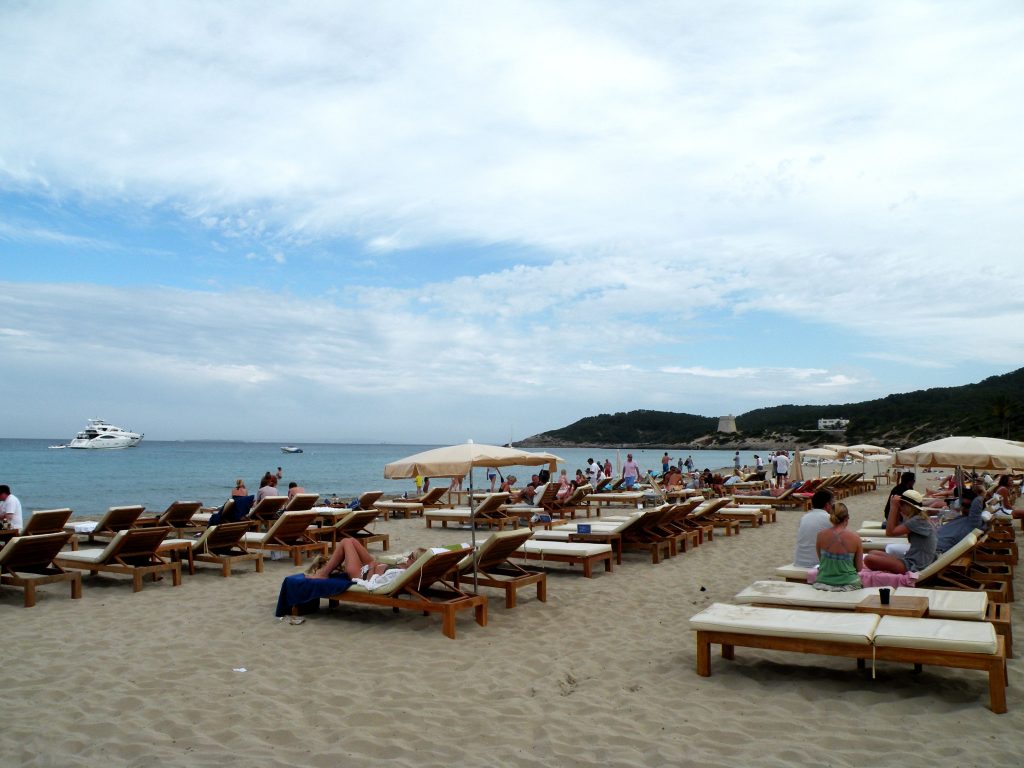 We walked up and down the beach a couple of times and then decided to visit one more beach before calling it a day.  This time we chose Talamanca, which was right around the corner from our hotel. 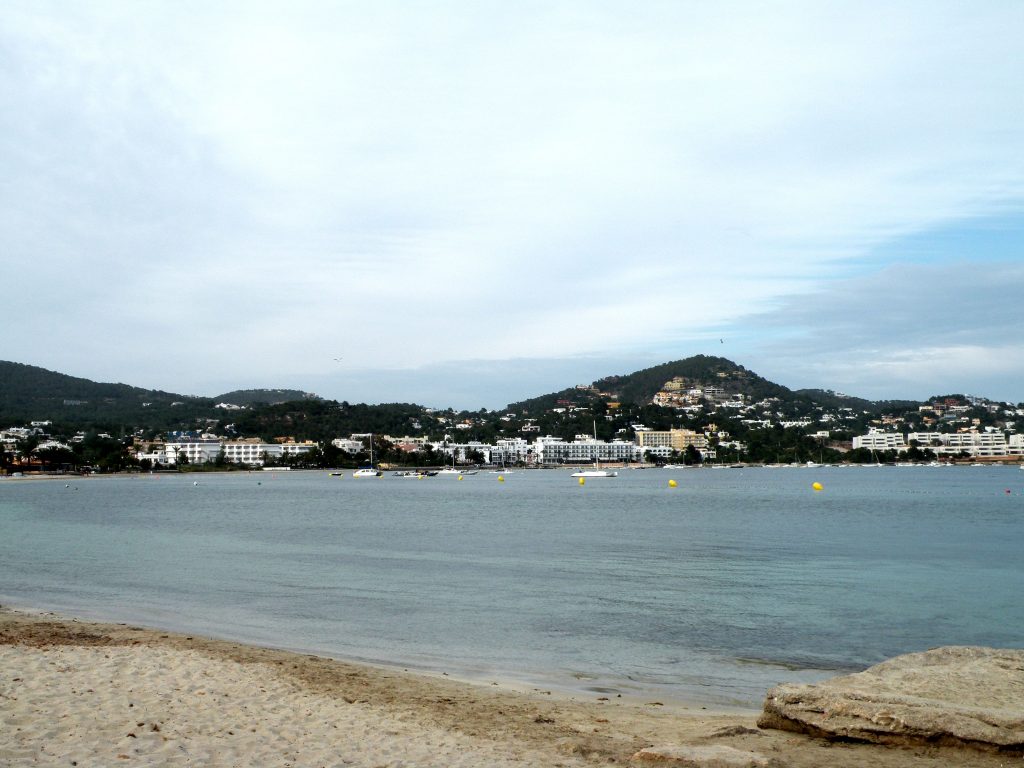 We stayed there until the sun set and then retreated to our hotel to watch the final World Cup match of the day and get ready for our Saturday night out on the town. 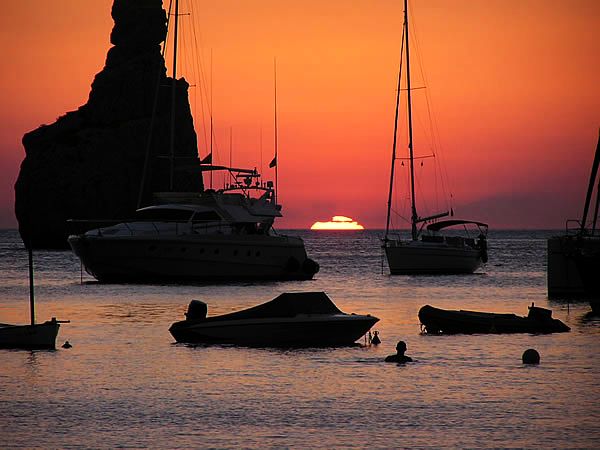 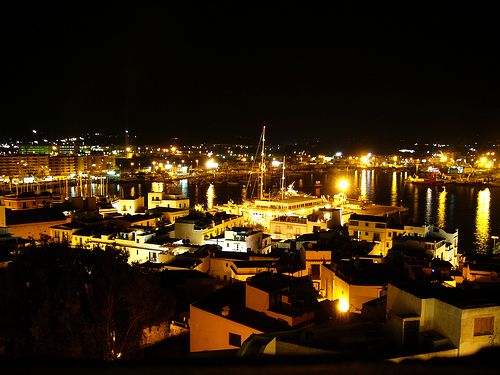 A new restaurant that specializes in pizza had just opened up across the street and it was calling our names.  It was the second night in a row that we had a waiter we loved.  We got into a really interesting conversation with her, as she had immigrated from Belgium to Ibiza.  I remarked that I bet she moved because of a boy and she smiled.  She said that I had guessed correctly and that her boyfriend was the manager at Ocean Drive.  My brother and I almost spit our drinks out at her.  Juan was her boyfriend!  As we walked over to Space, the club to be at on Saturday’s, we talked about just how small of a world it truly is.