Upon awaking, Juan told us that he was able to make reservations for us at the Blue Marlin in Cala Jondal.  The fact that he was able to do this, just proves how well connected he is, because the Blue Marlin is the place to go to on Sunday’s in Ibiza and reservations need to be made at least two weeks in advance.  Along the way there, about fifteen minutes into our ride, out of the corner of my eye, I spotted the color blue.  But, not just any color blue, a blue unlike any blue I had seen before.  I told my brother to make a sharp left down a graveled road.  Within seconds we were greeted with the most unbelievable view. 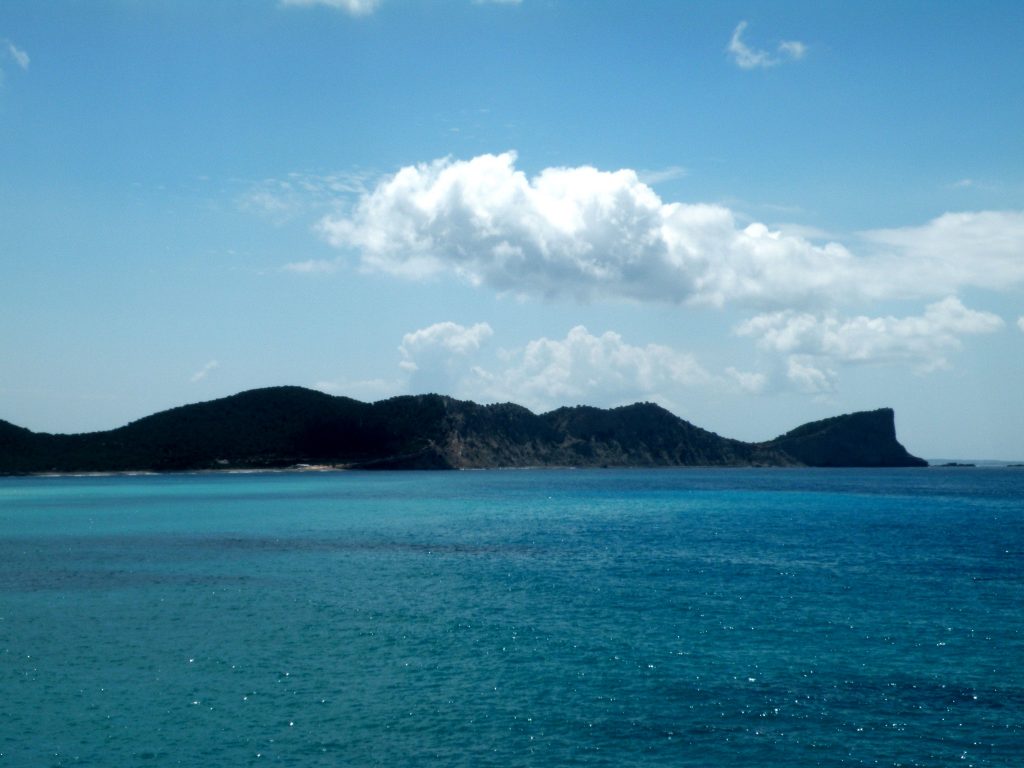 We continued to drive down the road. . . 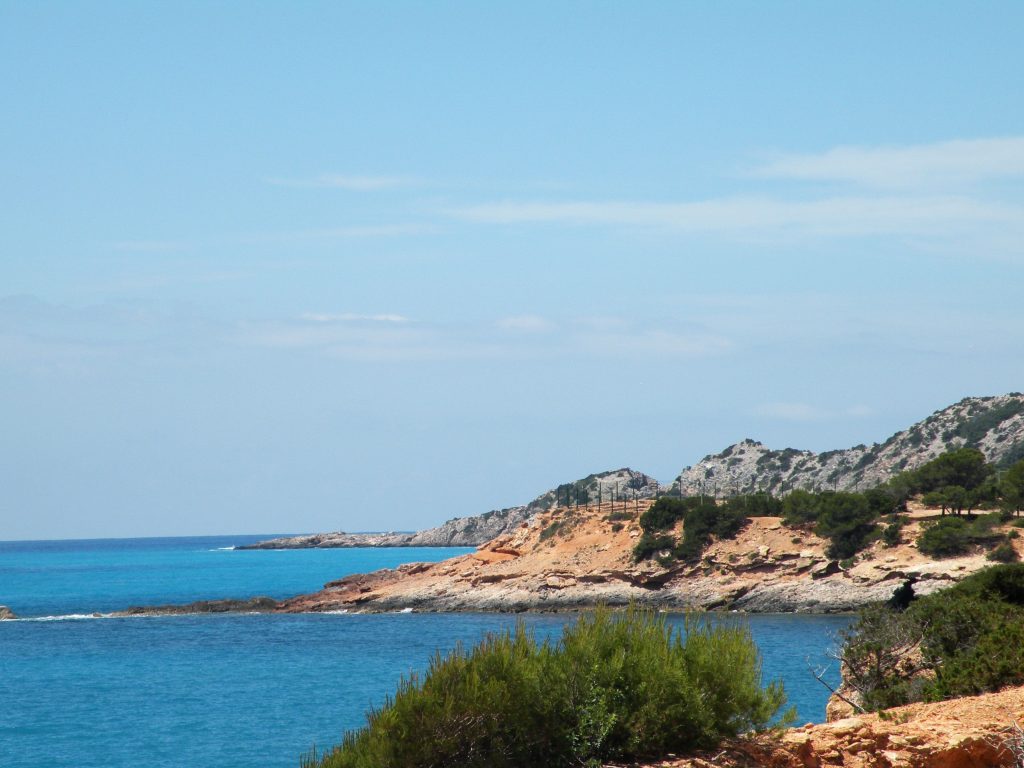 And at the end of it discovered a hidden cove!  This place was so hidden that we could not find it on any map, therefore I am unable to reveal its name. 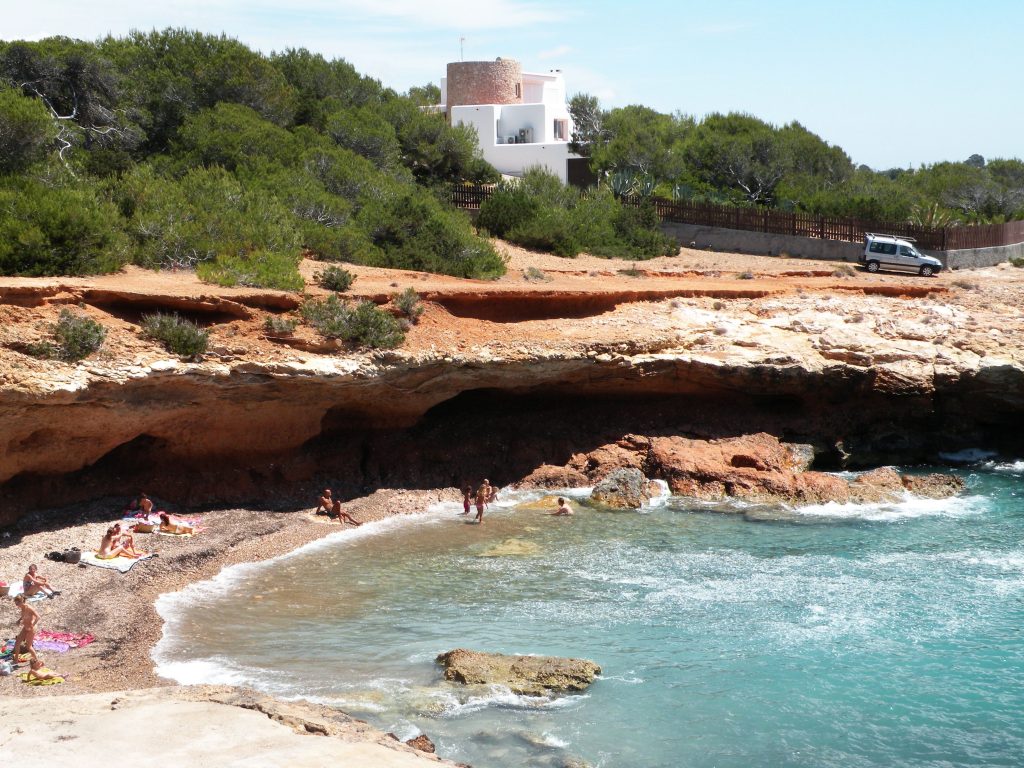 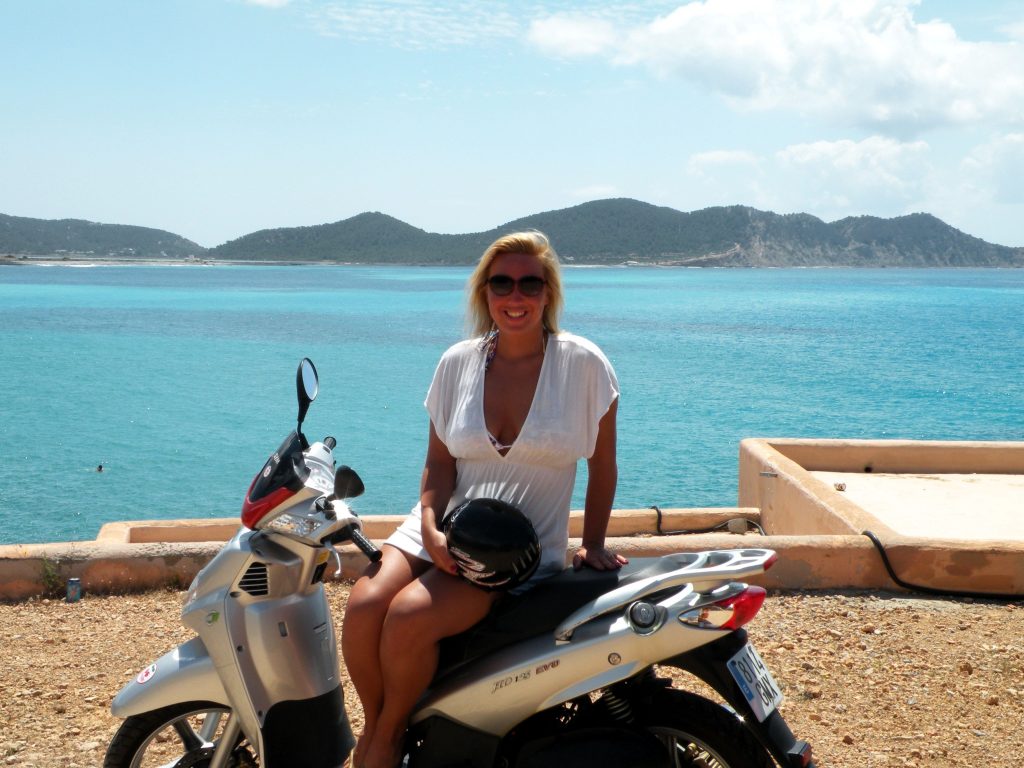 Then we saw that there was another road that was branching off from the one that led us down to where we were and we decided to see where it might lead to.  All I know is that at the time the blue of the Mediterranean Sea had completely captivated me and put me under its spell. 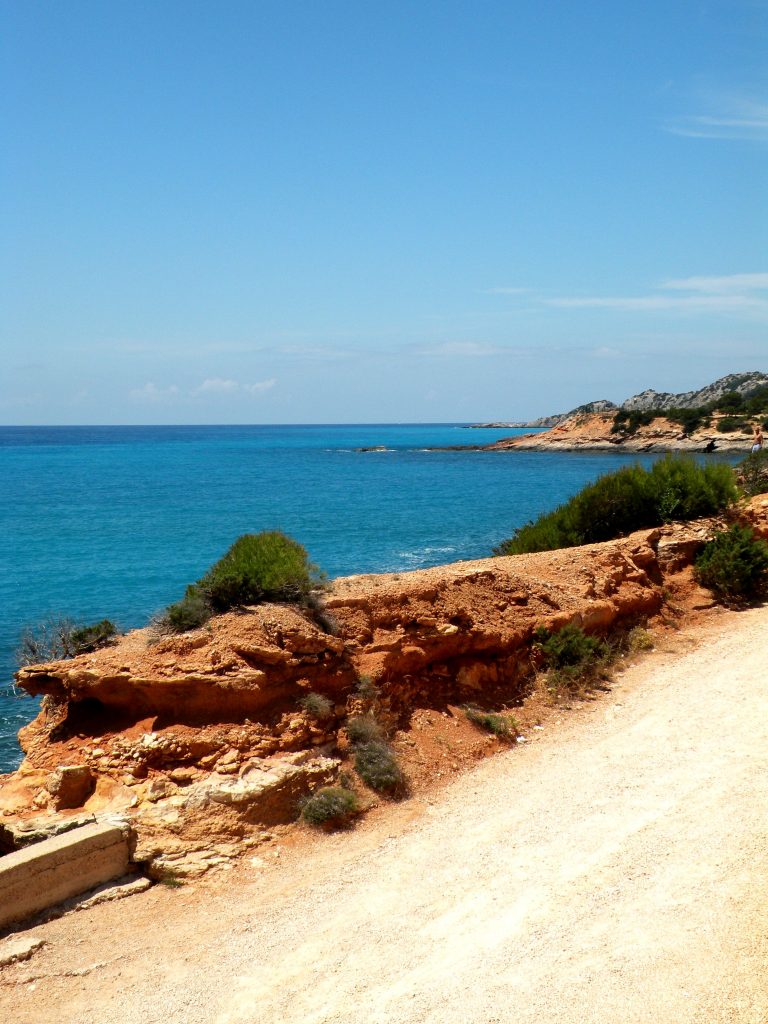 The road ended up leading us down even closer to the sublimely beautiful water. 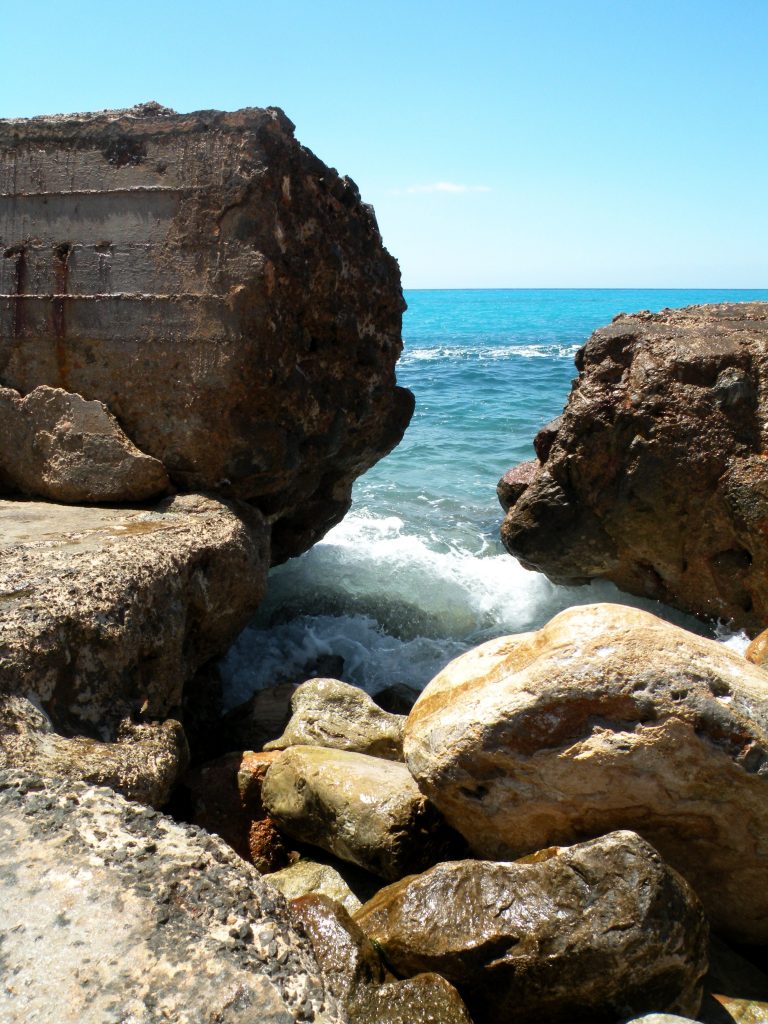 Of course, I just had to go swimming in it (though not before a picture!). 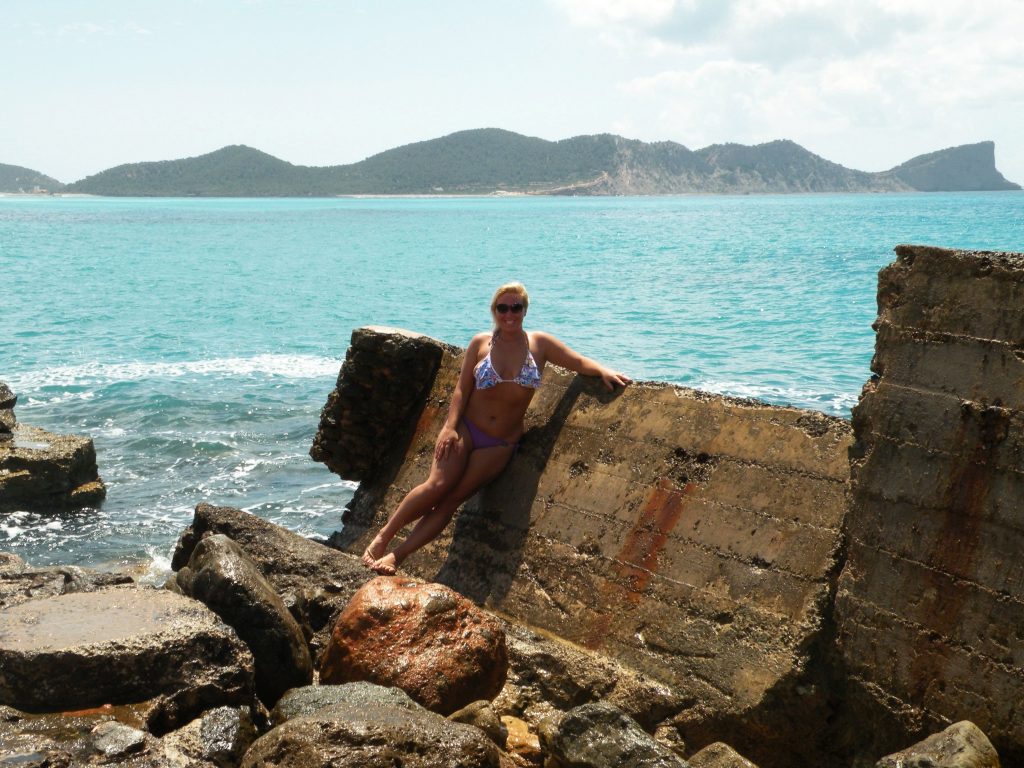 Unfortunately, the luxury of time was not on our hands, since we had a reservation at a posh beach club to make.  Thus, we hopped back on the scooter and vowed to return to this secret treasure the following day. 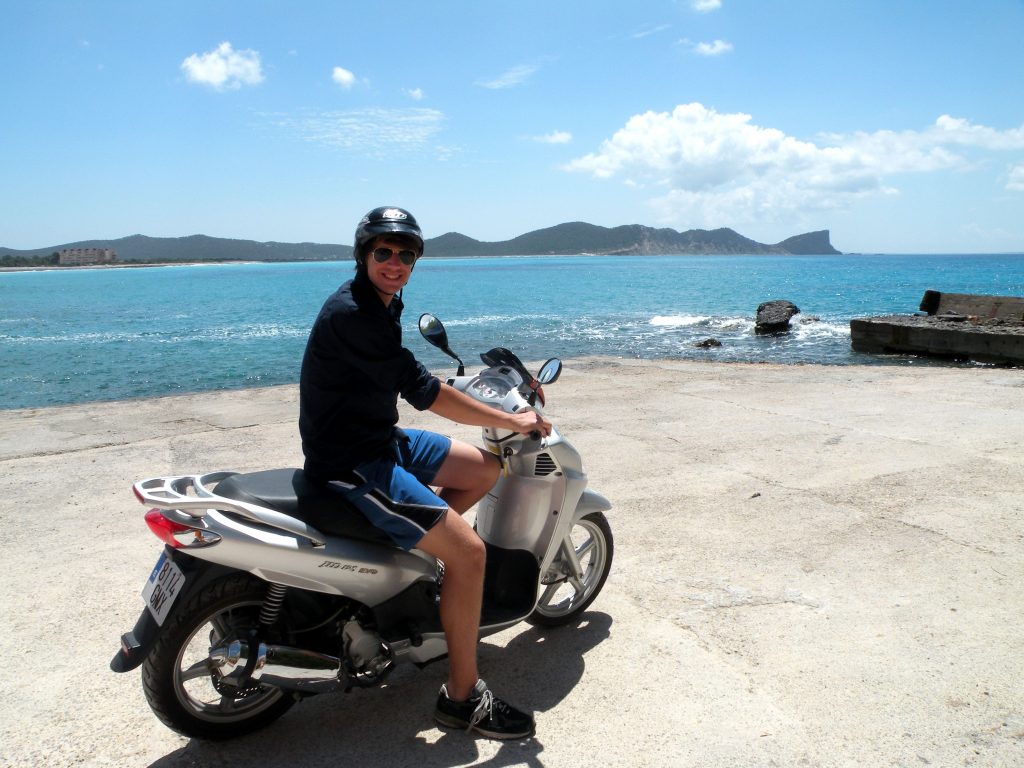 As we drove towards Cala Jondal I found myself in almost a state of disbelief.  For years and years, all I had heard regarding Ibiza was that it was “the party capitol of the world.”  Because of that reputation, I had incorrectly assumed that all the island had to offer was a spectacular nightlife.  It is unfortuante that more people fail to talk about its equally spectacular scenery.  You can definitely come to Ibiza and simply party, however you would be missing out on one of the most gorgeous places that exists.  I love when I am surprised and Ibiza definitely surprised me.  I could not wait to arrive to yet another beach. . .