We decided the plan for the evening would include: strawberry daiquiris at Hotel Inglattera, dinner at La Floridita, and salsa dancing at La Casa de la Musica Centro Habana.

First, we met Marc at the Inglattera, which is another one of the finest hotel’s in Cuba.  It is located near Parque Central and proudly holds the honor of being the oldest hotel in Cuba with an incredibly rich history you could spend days learning about.  Having said that, the Nacional is still my preferred hotel. 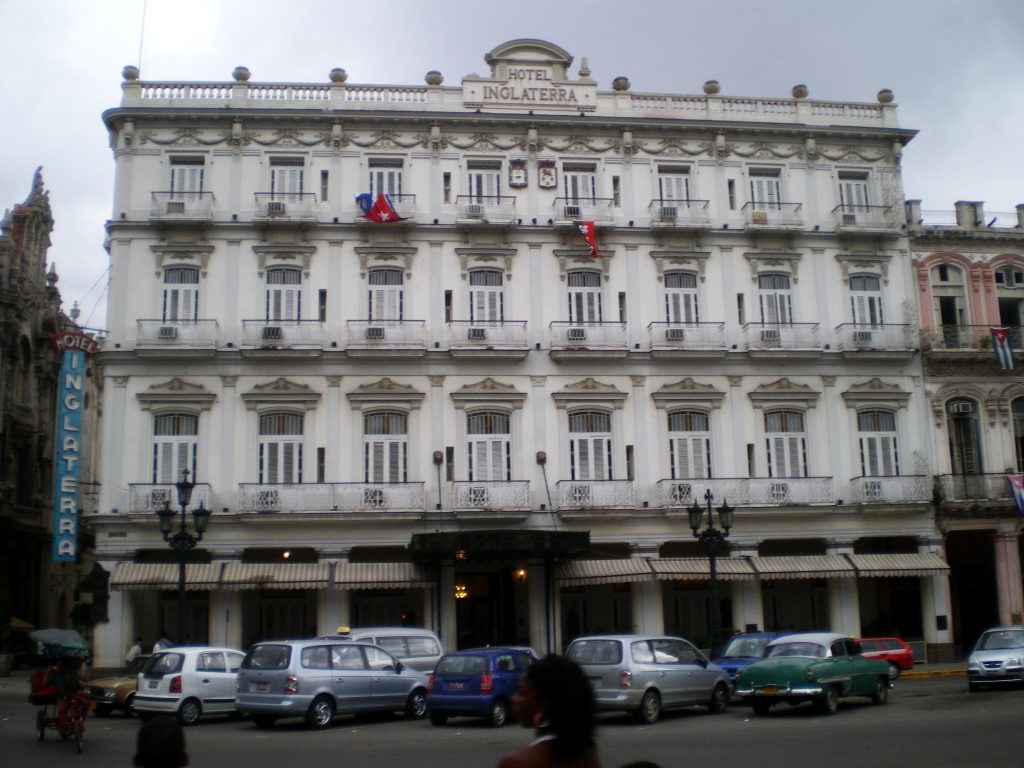 While we sipped our strawberry daiquiris a salsa band played and when the first intoxicating trumpet notes of “El Chan Chan” began it really hit me that I was actually in Cuba; a country I had been dreaming of visiting for such a long time.  In that moment, I wished all of my loved ones could be there with me experiencing this as well. 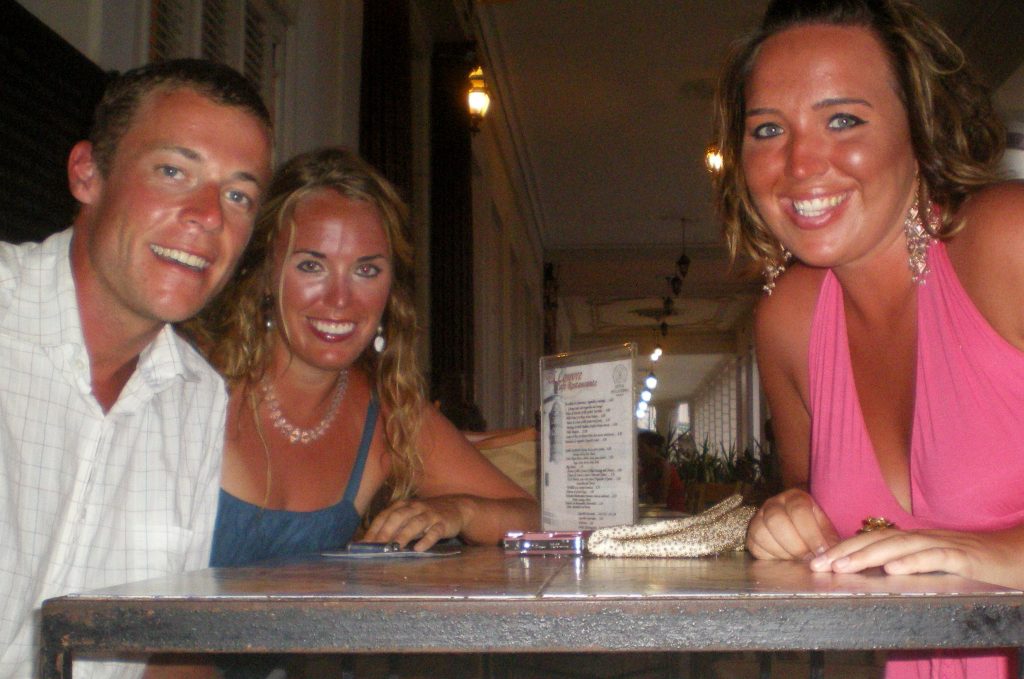 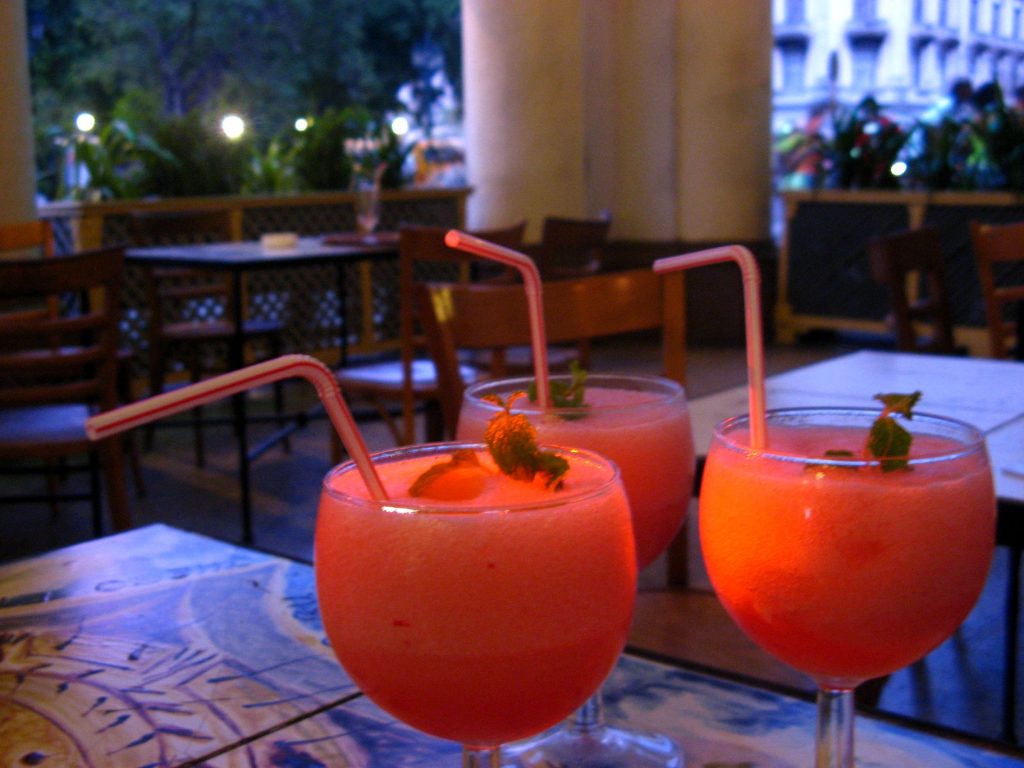 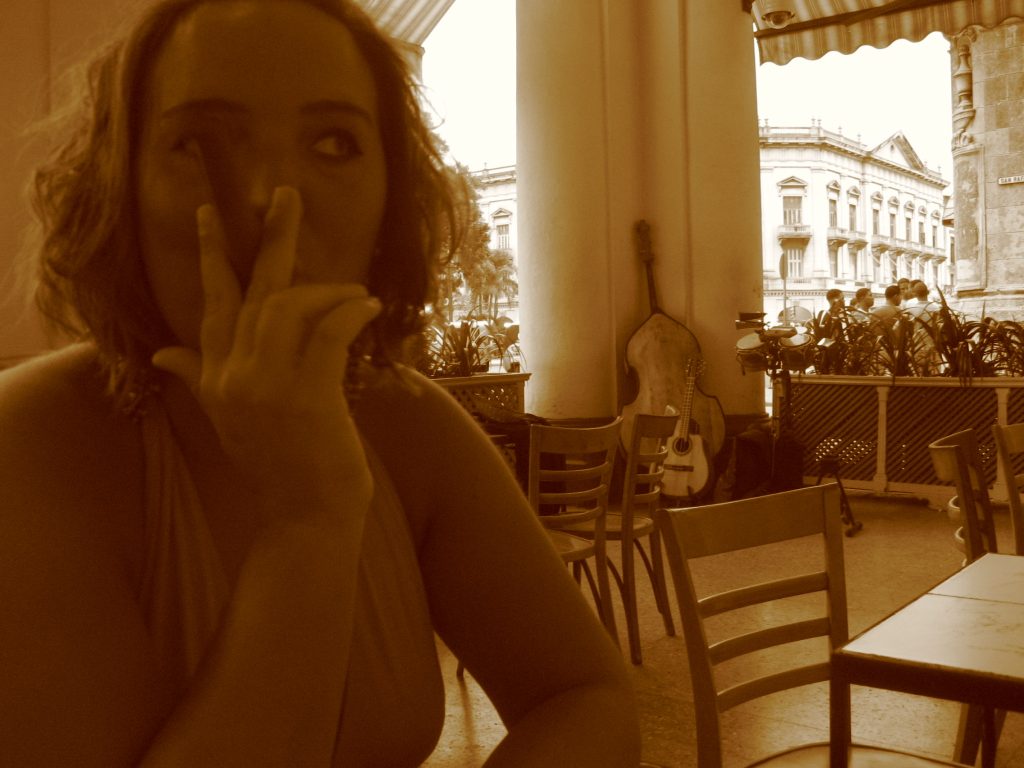 Then we dined at La Floridita, or commonly known as ‘Hemingway’s hang-out’.  I love the simplistic way that Ernest writes.  He is able to vividly capture one’s imagination with only a few words.  Apparently, while he was creating “The Old Man and the Sea,” a novel about a Cuban fisherman who refuses to be defeated by nature, he would eat at the restaurant often.  And even though it was a tourist trap, as a beloved fan, I still wanted to visit the places that he frequented during his time in Cuba. 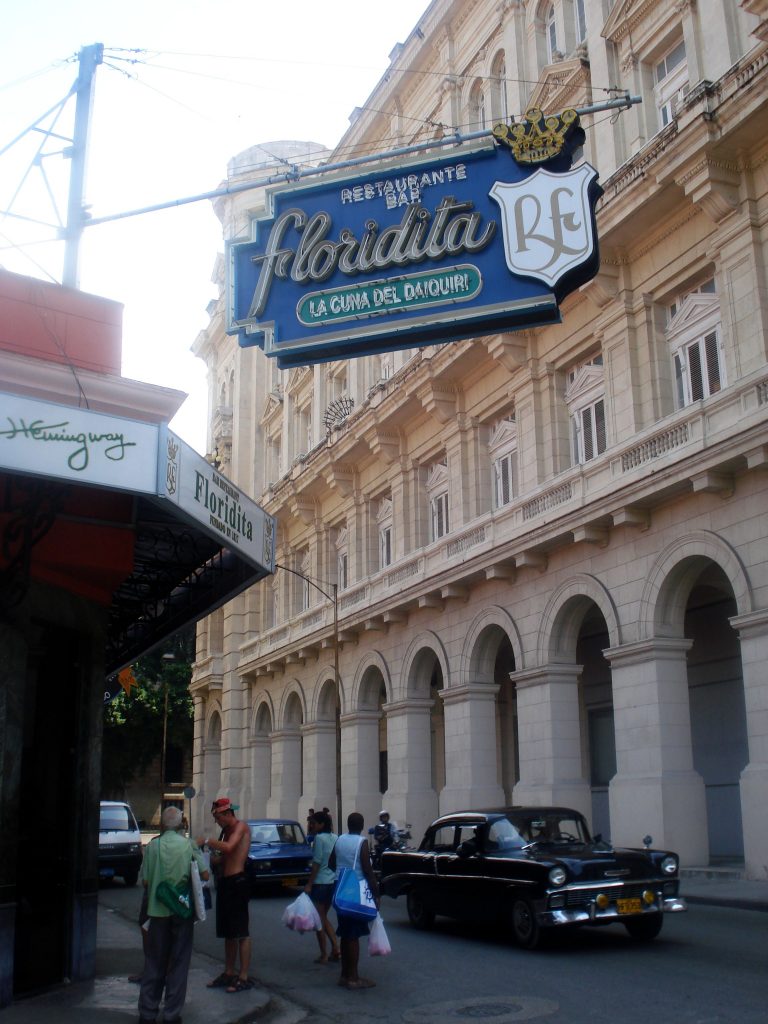 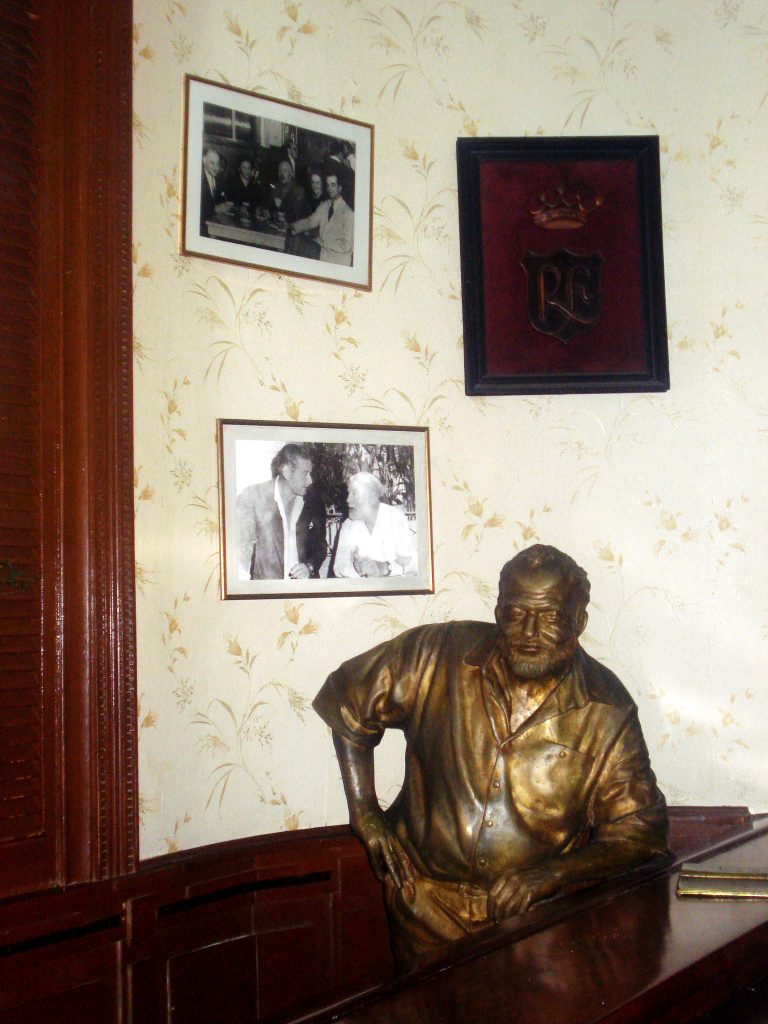 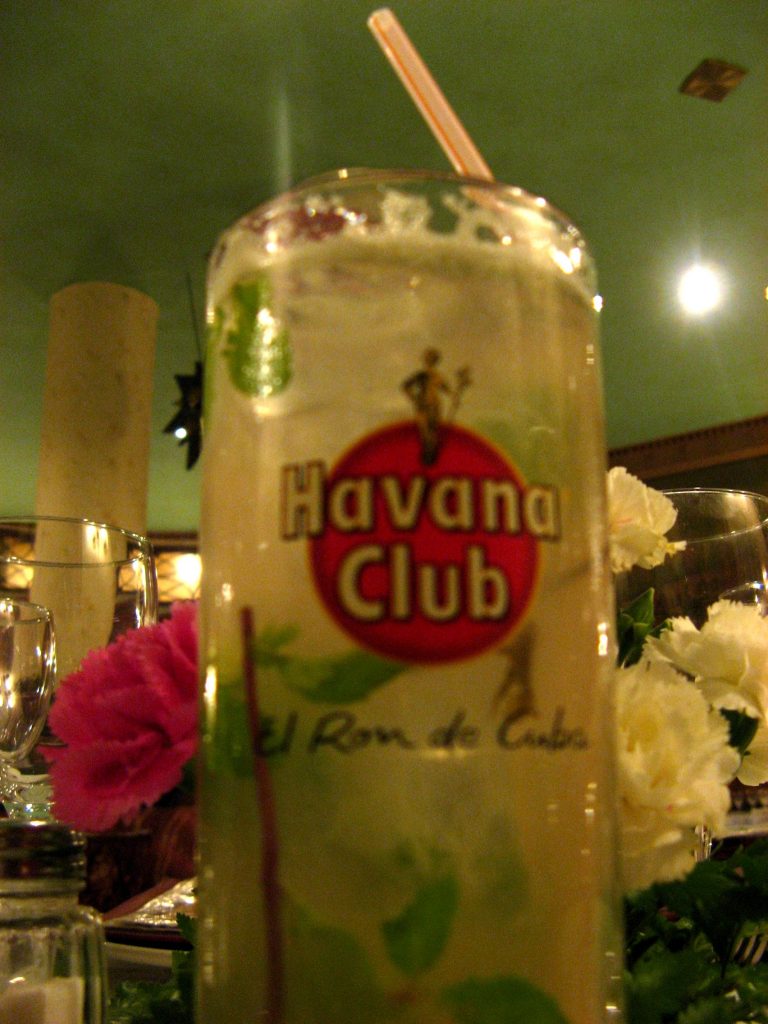 Once satiated, we headed over to dance at La Casa de la Musica Centro Habana.  Along the way we encountered a Cuban man whom begged us to bring him in the club with us.  According to him it had been his life long dream to dance inside there and the only way a Cuban could enter was with the permission of a tourist.  Marc told him that he would pay for his entrance fee under one condition: he had to discuss Cuban affairs with us over a couple of drinks.  The poor guy agreed not knowing what he was getting himself into!  Marc and I could talk about that kind of stuff for hours and hours. 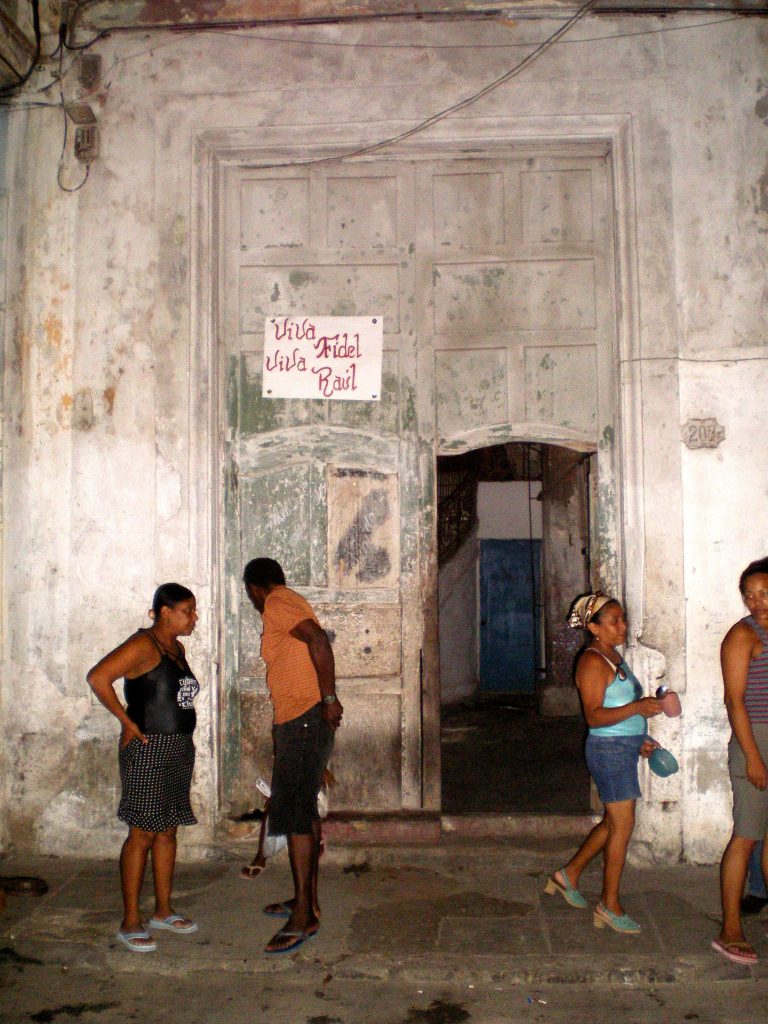 La Casa has a fantastic reputation for being the best salsa club in La Habana, as they bring in the top-name bands, but I was not really impressed.  It was not the real Cuba; I wanted to dance where the locals danced.  So, my only choice was to grab the fellow that came in with us to the dance floor to practice my terrible salsa skills.  Thankfully, he was not too embarrassed with my moves.  I vowed after that evening to take classes some time during our last days in Cuba. 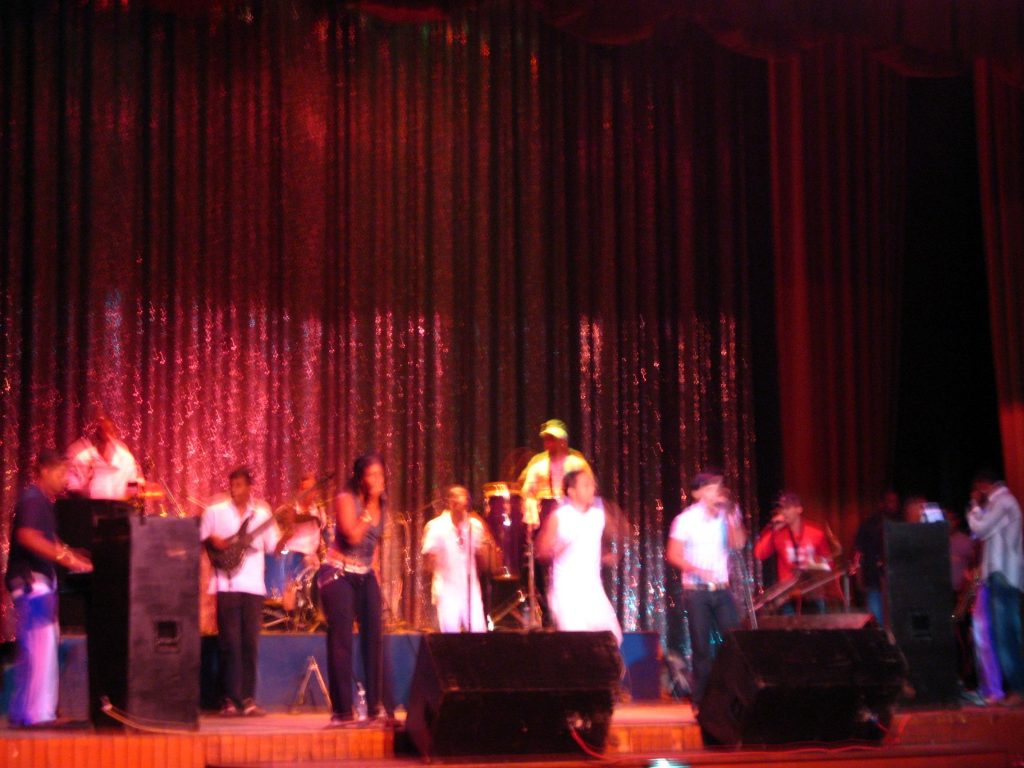 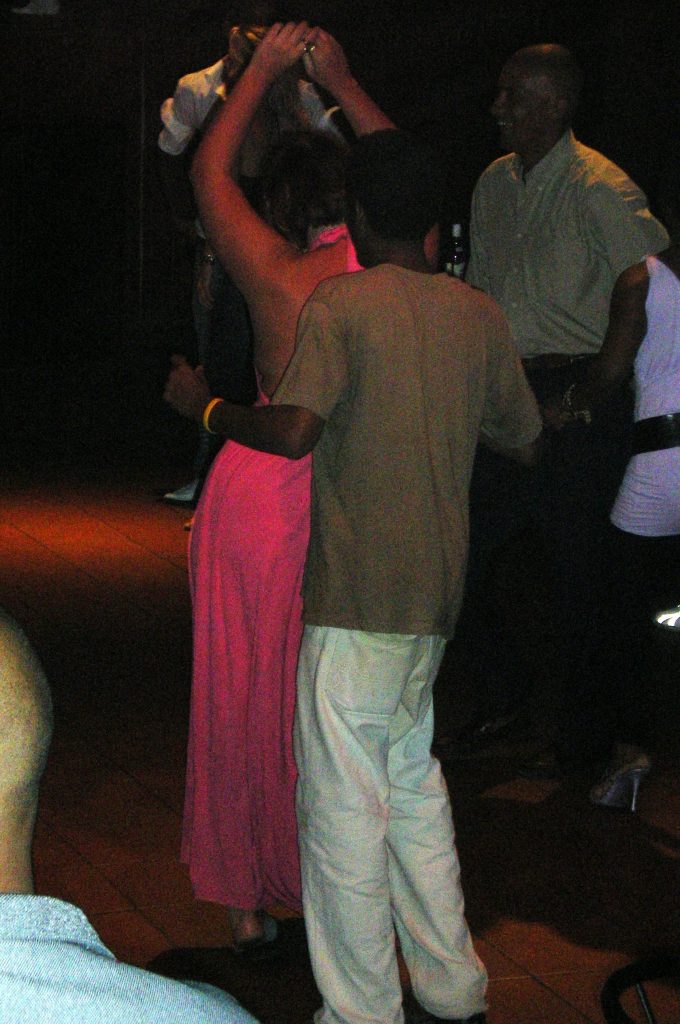 On our taxi ride back to our casa we noticed that the locals were out in the streets celebrating in full force.  Revolution Day was only a couple of days away. 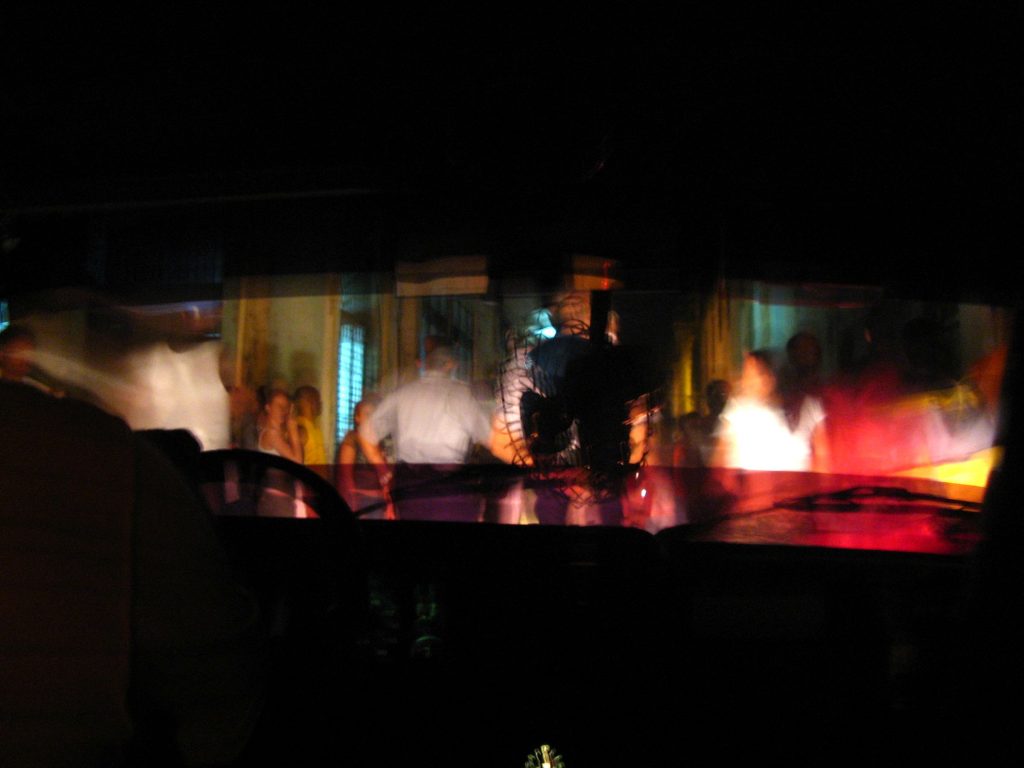 Despite the fact that the noise outside was quite loud, Kristin and I fell soundly asleep from our long, but completely unforgettable day.