I had no idea how to dress for a “night out on the town” in Easter Island, so I did what most women do when faced with a fashion dilemma — I donned a little black dress (and to make it a more tropical look I placed a flower behind my ear).  Alicia picked me up with the biggest smile on her face.  About twenty minutes later we arrived to an enchanting house tucked deep inside a lush tropical forest.  The next thing I knew about ten men dressed in indigenous clothing greeted me and started decorating my face in tribal paint.  I was asked to follow them to a ceremonial hut where I noticed some other bewildered tourists sitting.

Alicia pointed to a spot where I should sit and finally explained that she had taken me to her family’s home and that every night they have a dinner and performance there.  Her family refuses to allow the ancient Rapa Nui traditions to fade, therefore they keep them alive through this. 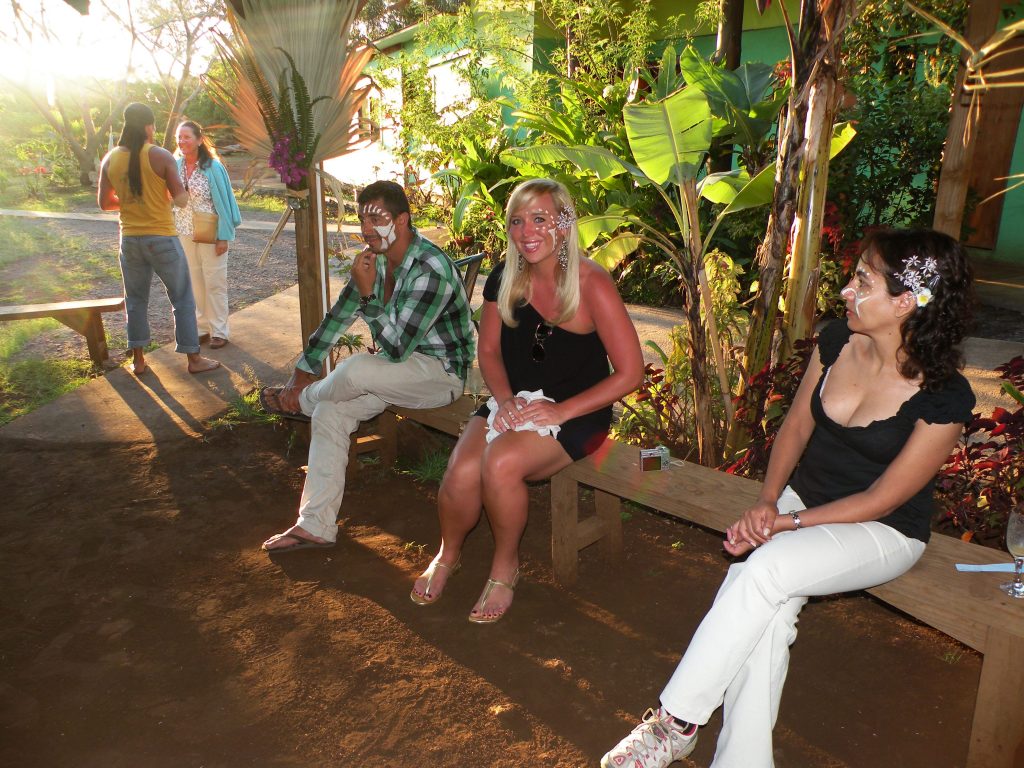 Alicia gave me a quick kiss on the cheek goodbye and said that she had to get ready for her performance and introduced me to brother, otherwise known as the Chief.  Since he was in charge of everything, I was definitely in good hands.

Once everyone arrived the ceremonies began.  The food was blessed and taken from pits inside the earth, where it had been cooking and marinating for the entire day.  Alicia notified her family that I was a vegetarian earlier without me even knowing, thus they made sure to prepare something just for me.  We were then escorted inside their home for our meal.  I was so concentrated on the delicious feast in front of me, that I almost did not notice that Alicia had taken the stage.  Before she began to perform she gave me the most touching shout-out that filled my heart with joy.  I cannot believe that we had only met earlier that day, as it truly felt like years.

I decided to film Alicia for only only a brief moment, because I wanted to really take in her performance.  She was so good that she was encored three times!  While I did spend the entire day driving around the island with her listening to her various CD’s, seeing and hearing her live was an experience I will forever treasure.

After dinner we were transported back thousands of years through a series of passionate performances that explained the history of the Rapa Nui and how the Moai came to be.  It also made me wish time machines really did exist. 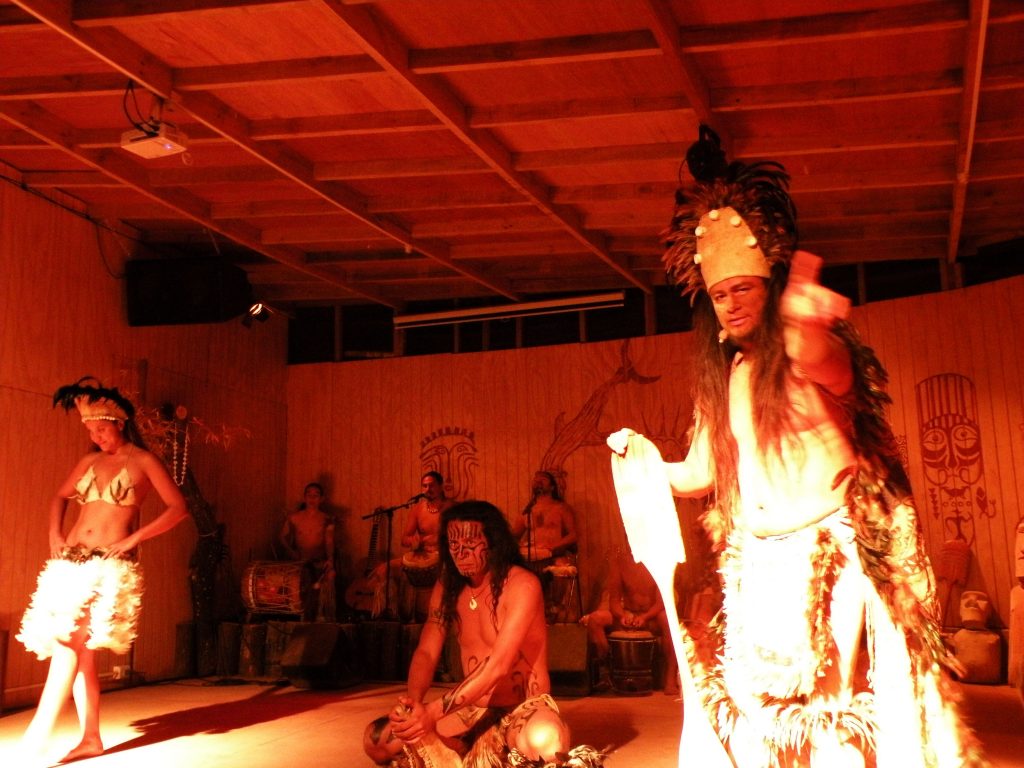 In case you missed my interview on Go, See, Write last week in which I revealed that the world’s most gorgeous men live in Easter Island, click here to read it and then look below for proof (this gentleman happened to be Alicia’s cousin).  If any woman visits the island due to my revelation and falls in love with a local man, you better invite me to the wedding! 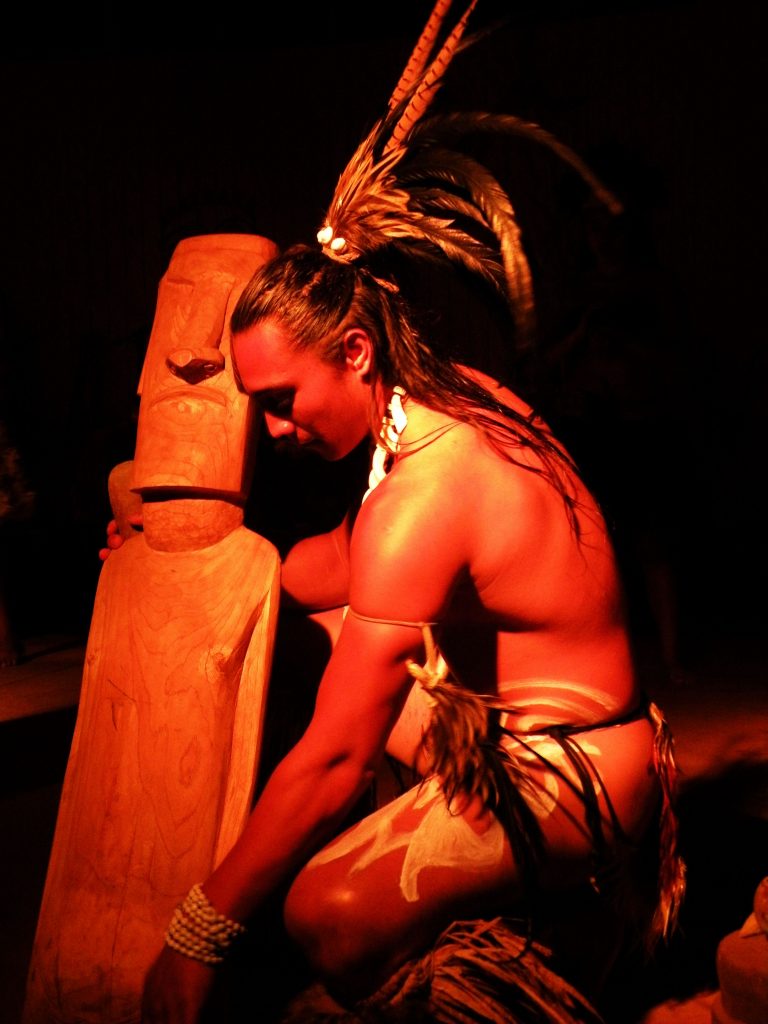 Here is a look at some of the different performances that evening (and yes, more attractive men in hardly any clothing):

Before leaving, the Chief had yet another surprise for me, homemade Rapa Nui cake; definitely the way into this girl’s heart!

To say it was the perfect day does not even come close to describing it, not even close.