IN: THE OTHER LOFT

BRING: YOURSELVES & BEVERAGE OF CHOICE

As soon as Julie and I decided to throw Lucas a Birthday soirée, I let her take the reigns.  She is, after all, an event planner extraordinaire and I knew that if she was in charge, my husband would have a party that he would never forget.  Inside of our loft in Home Hotel hung a poster that seemed as though it had been placed there just for myself.  It advertised a vintage movie with the name, “Una Americana en Buenos Aires.”  The lead actress even closely resembled me!  Thus, that became the inspiration for the soirée, which was planned in less than two hours.

While I enjoyed Lucas’ special day with him, Julie never left the kitchen.  Every single dish that was served at the soirée was prepared from scratch by herself.

Not only did she play the role as chef, she also played the role as decorator as well.  Plus, each guest received a CD of her favorite songs; the soundtrack for the soirée.

As people began arriving, the wine and champagne corks started popping and the food was passionately consumed.  Every single guest, at least once or twice, told Julie she needed to open her own restaurant. 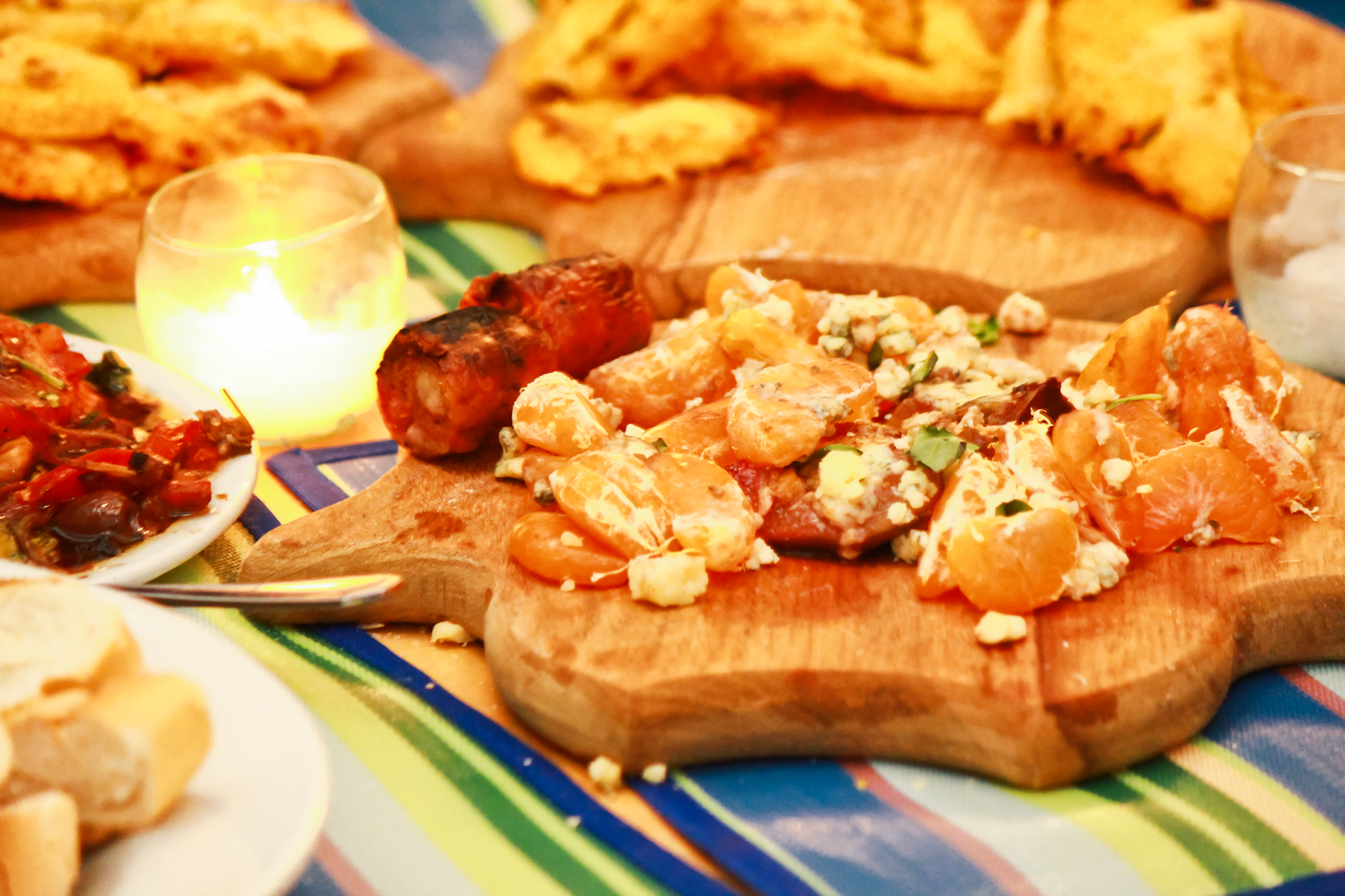 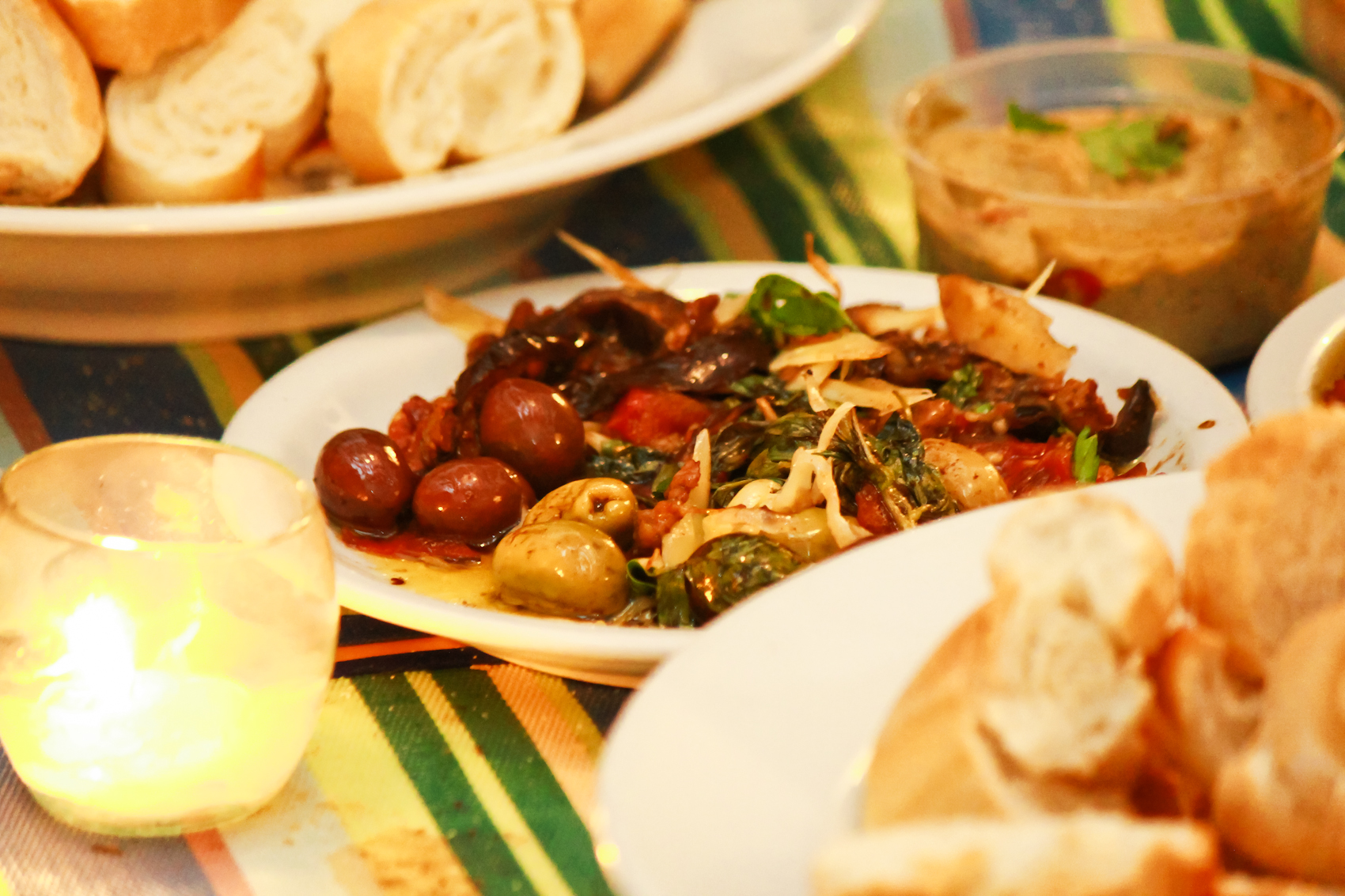 Julie also baked a scrumptious apple cake and found the perfect Birthday candle (it could probably be seen from space it was that big).  I adore the following photo, because even though my dear friend had been up since dawn planning, shopping, cooking, and baking, she still had the energy to jump for joy while we sang Happy Birthday! 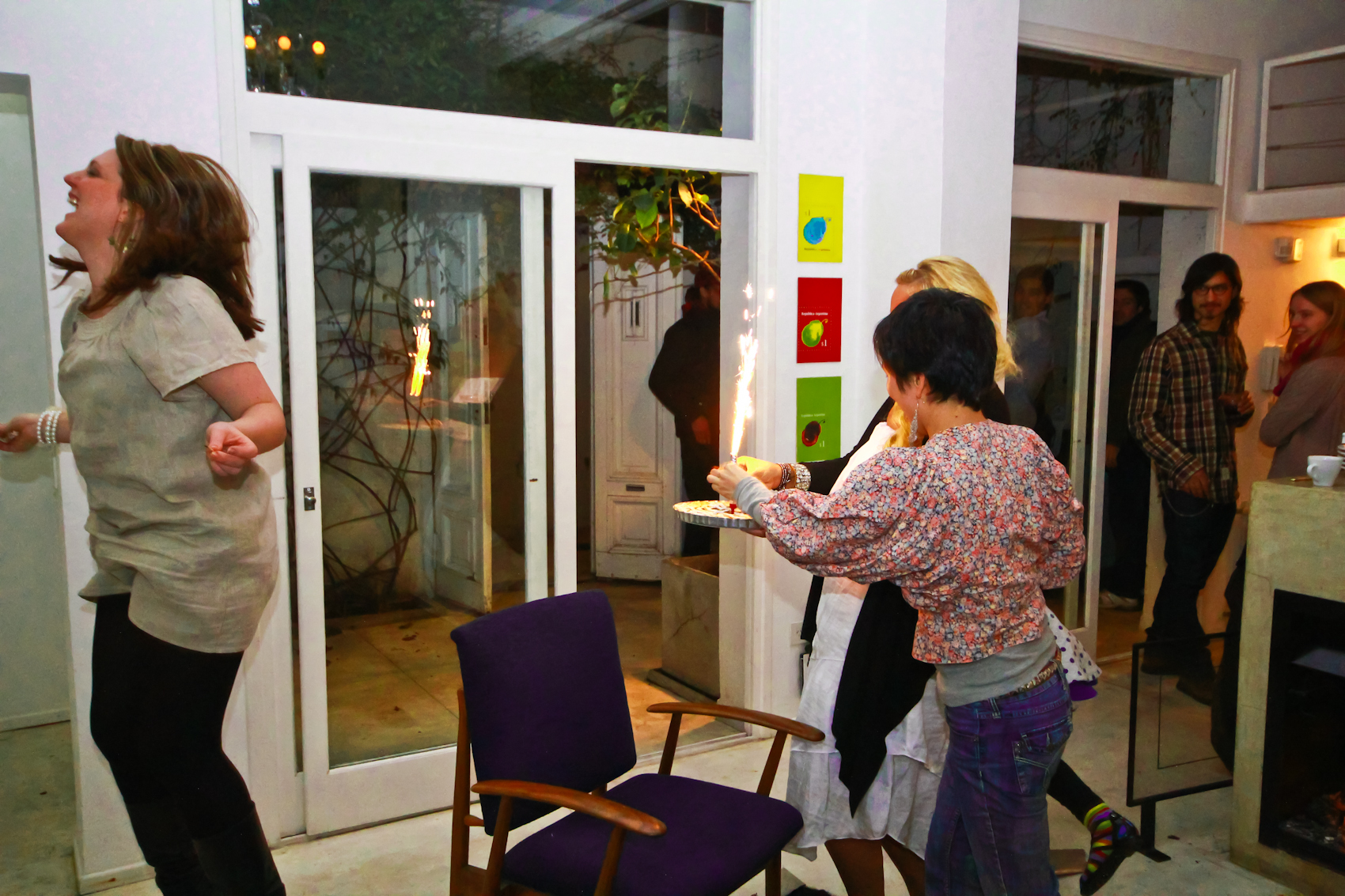 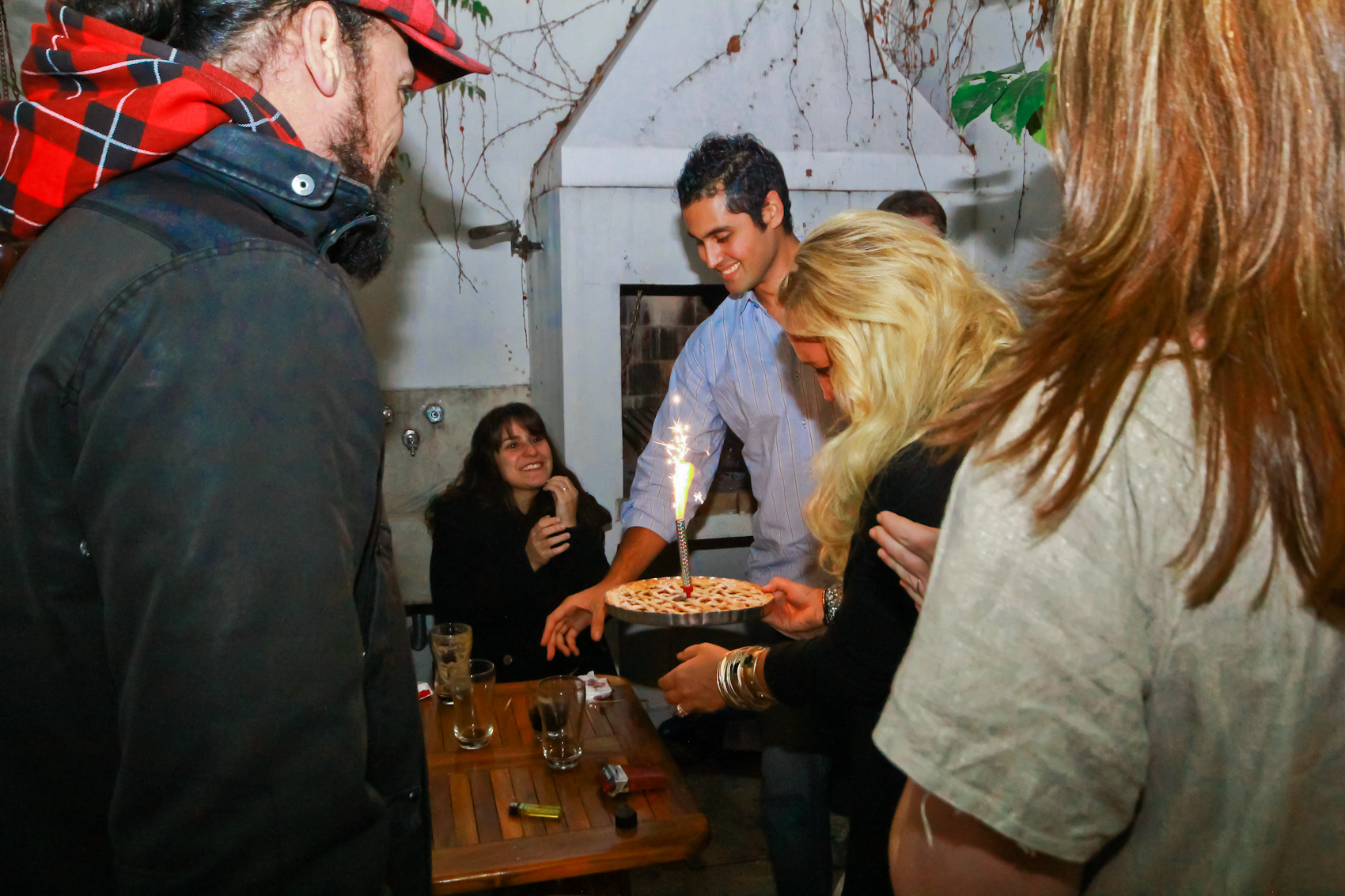 One quick mention: see the grill behind my husband?  Well, to thank Julie for all that she did, Lucas prepared an asado of chorizo — Julie’s favorite Argentine meat.  I heard a lot of oohing and ahhhing while people were eating it, so it must have been quite good. 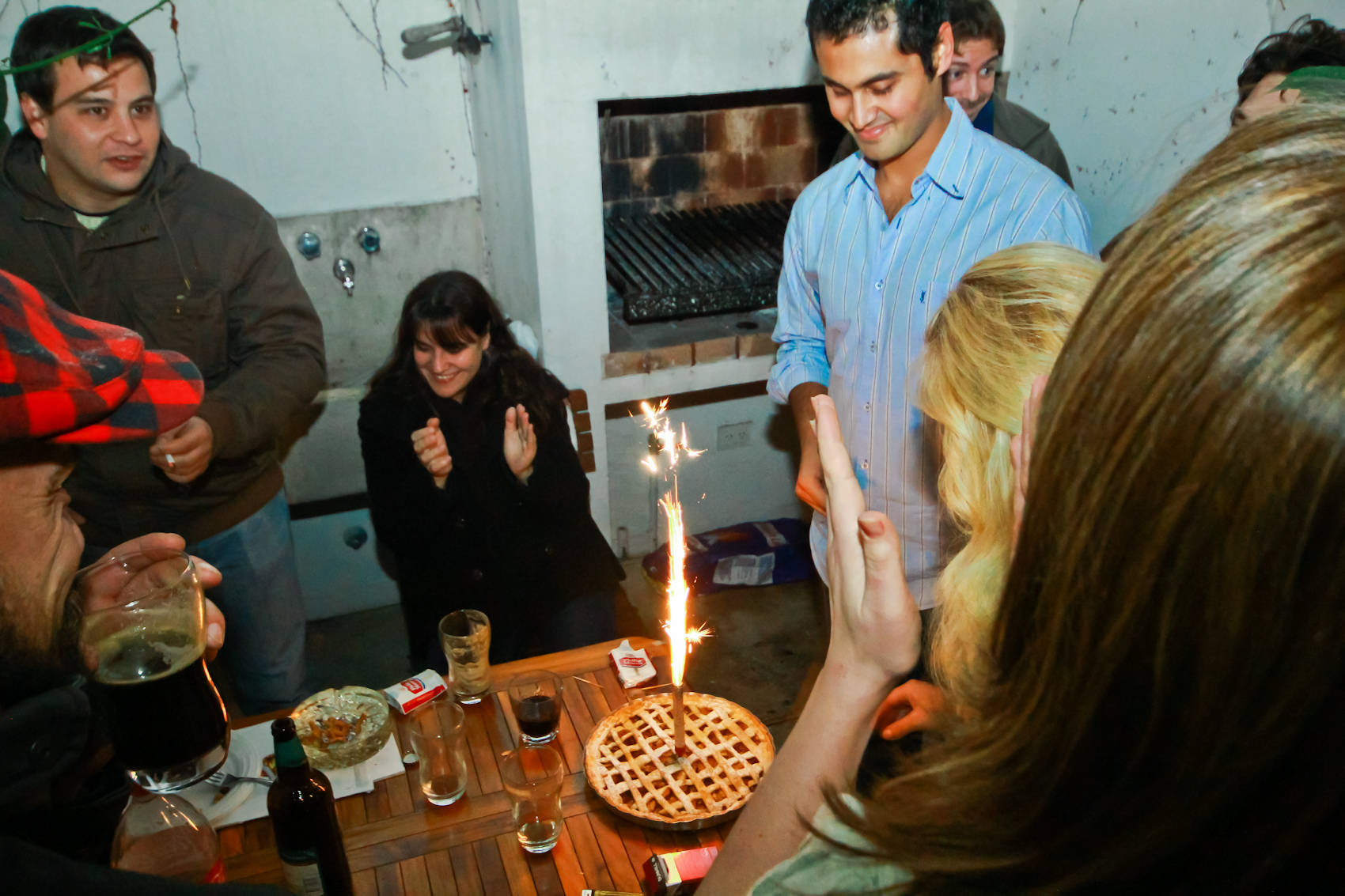 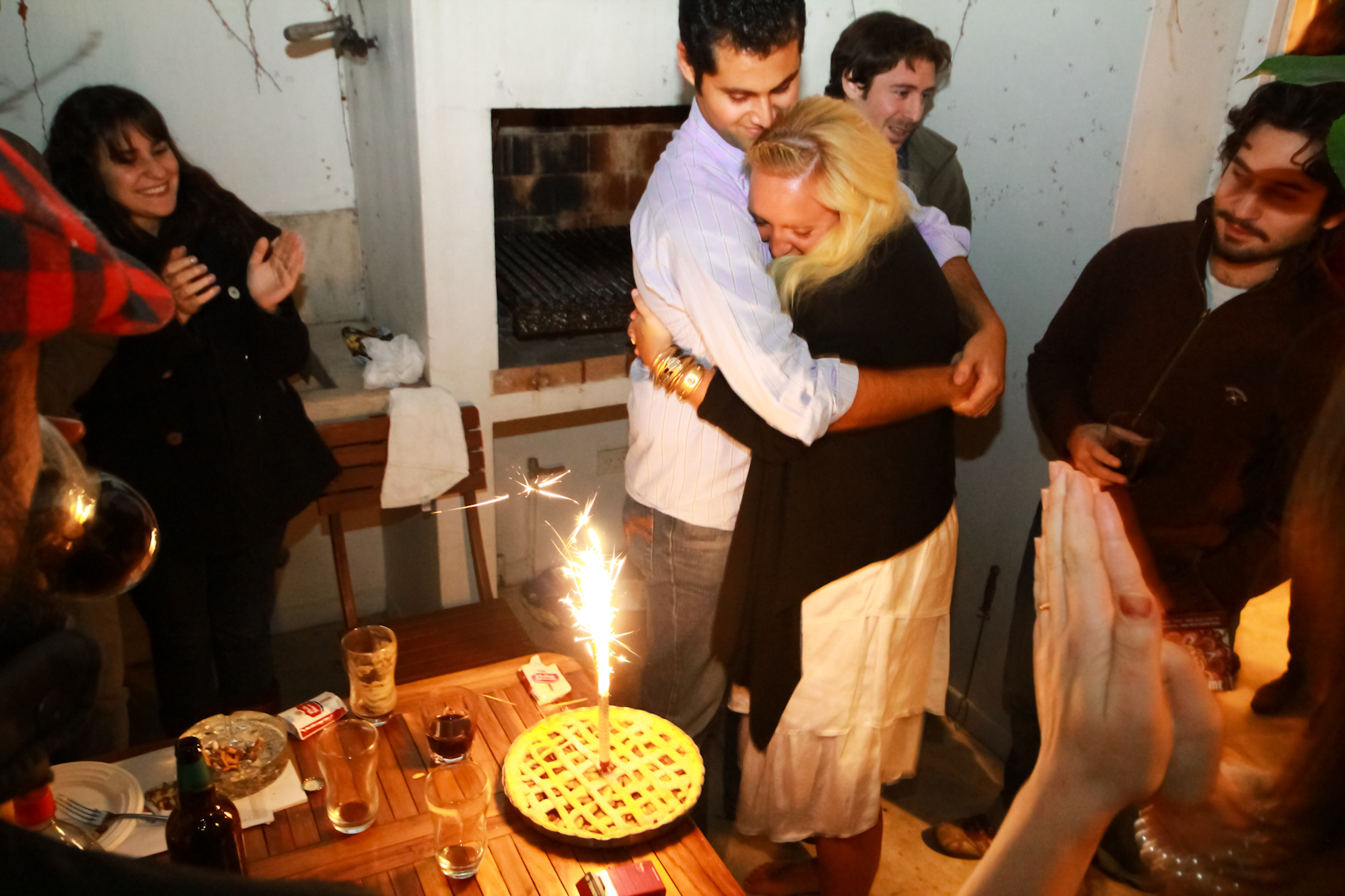 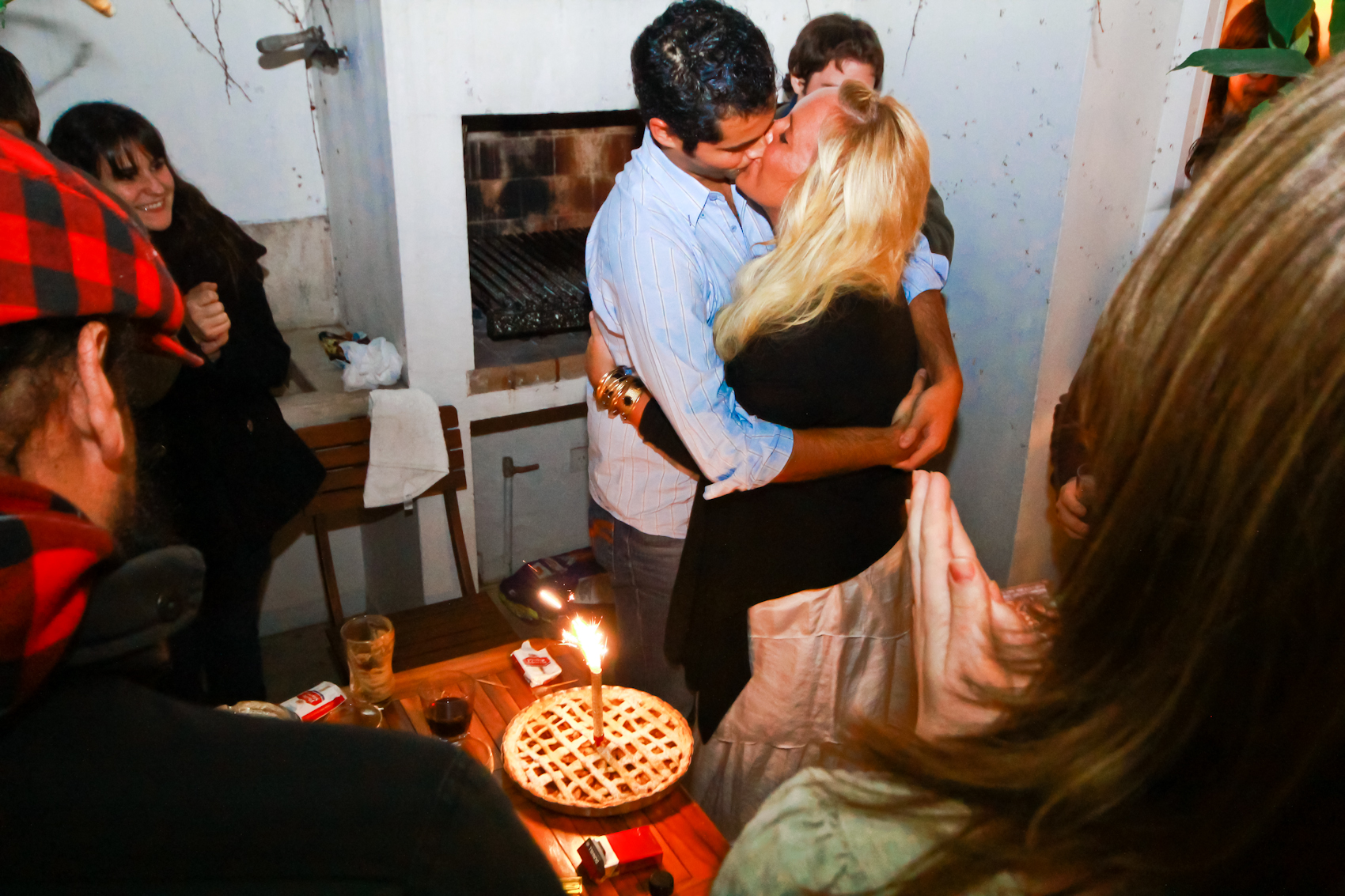 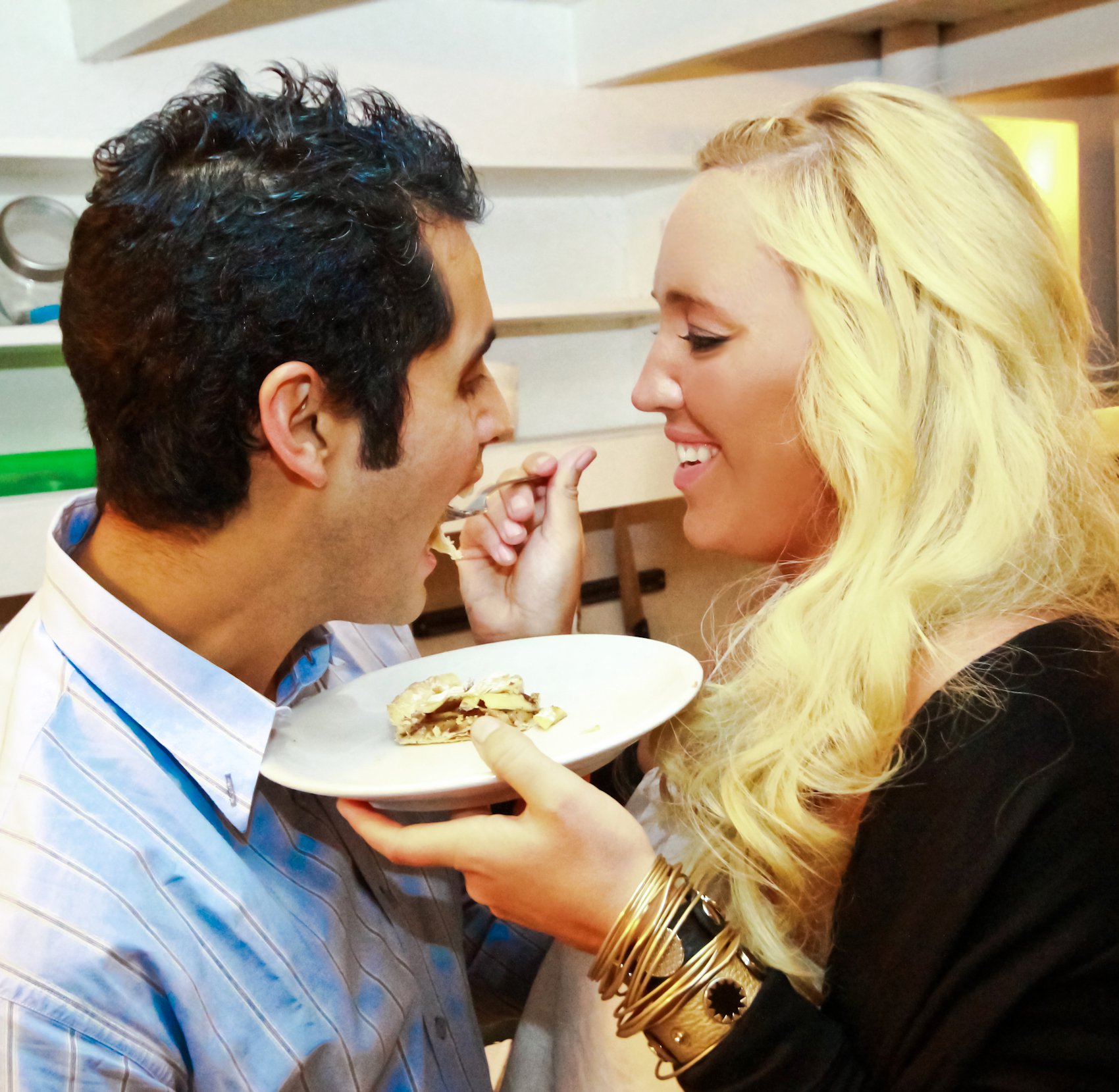 After the cake quickly disappeared, most of the guests had to leave, as they needed to awake for work in just a few hours.  Several us were engaged in such enlightening conversations that for us the party continued on. 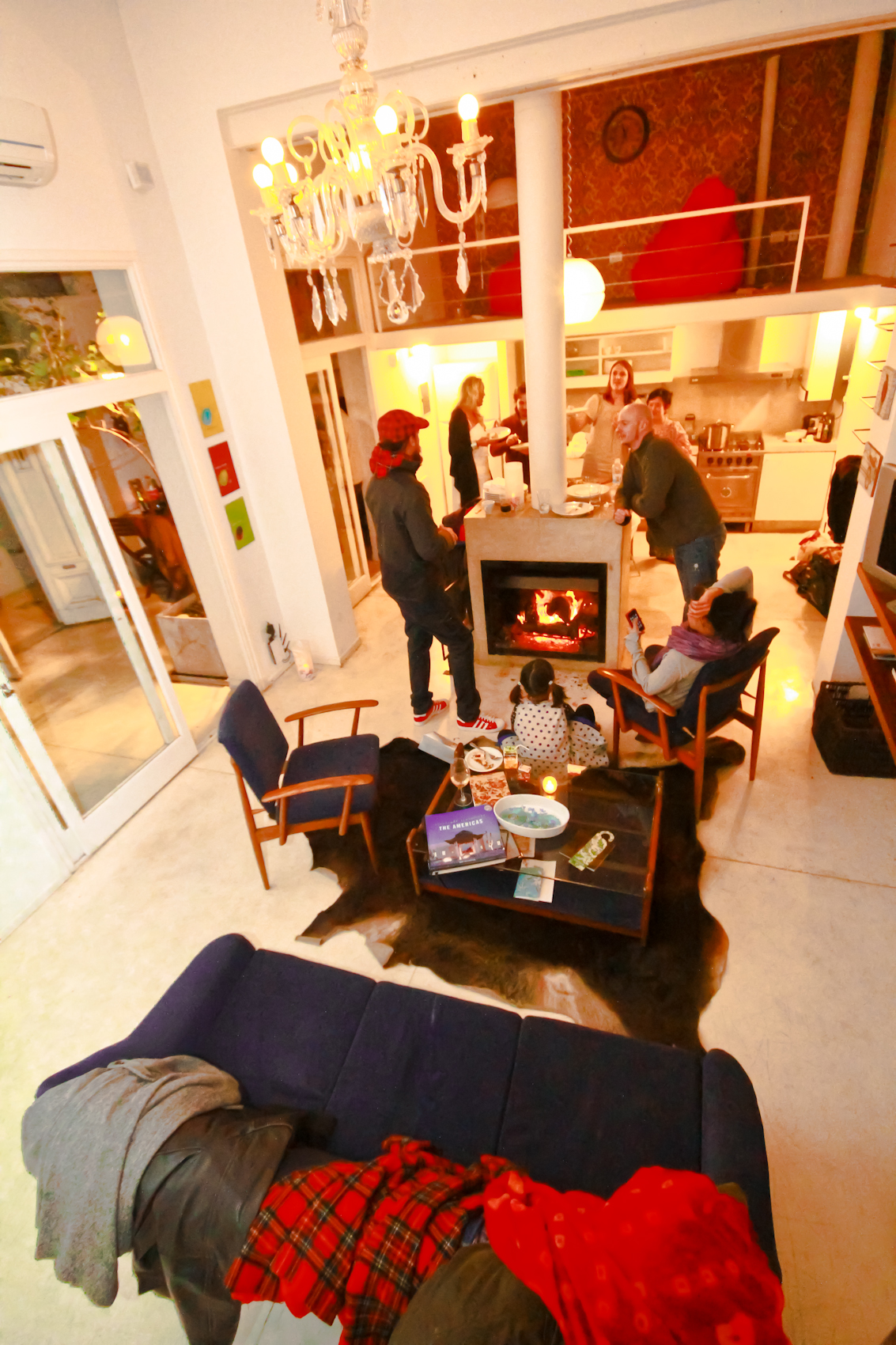 Even for our youngest guest who still had the energy to climb walls! 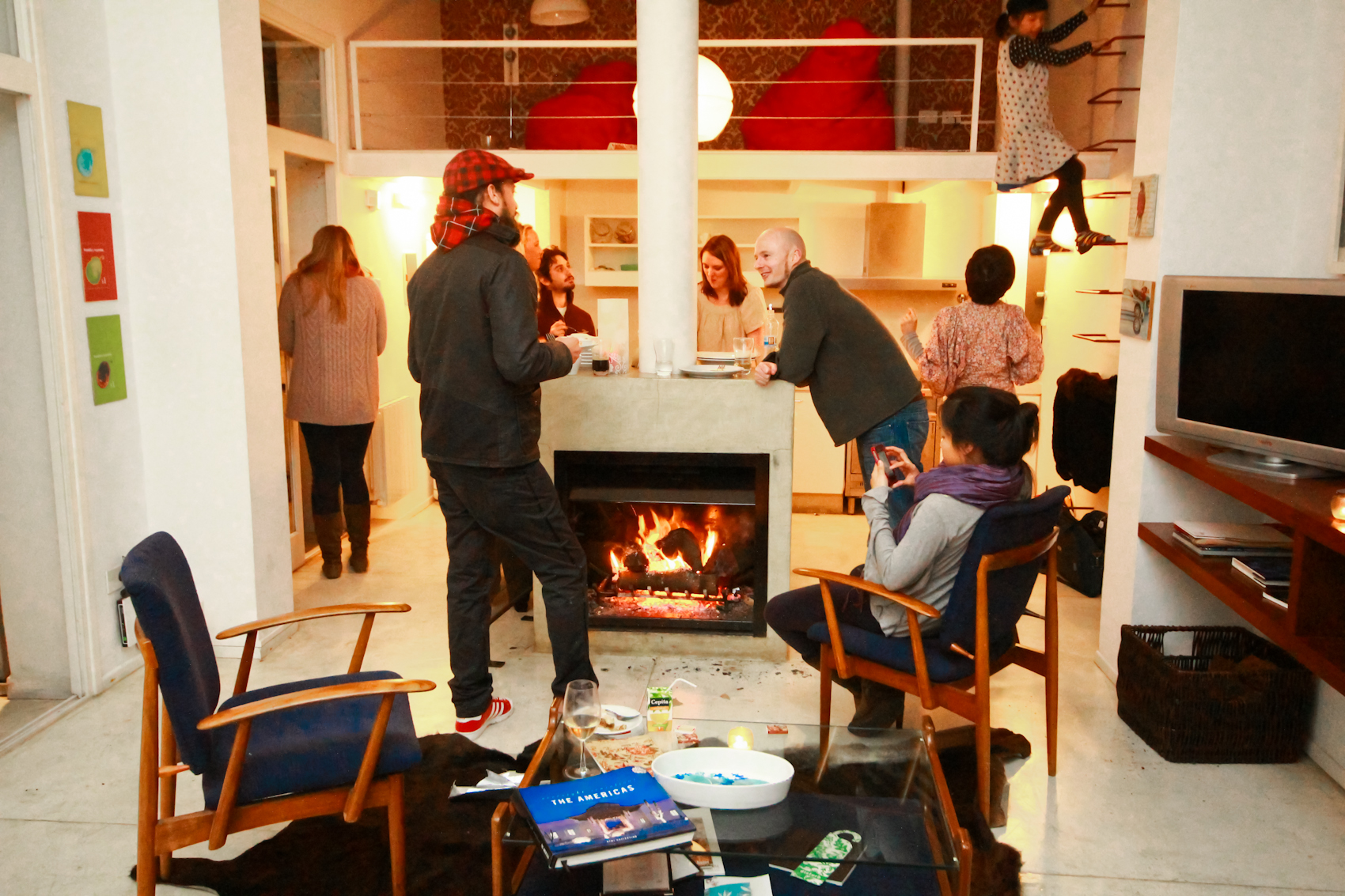 Julie and I sneaked away for some chisme caliente, or hot gossip.  What party is complete without girl talk? 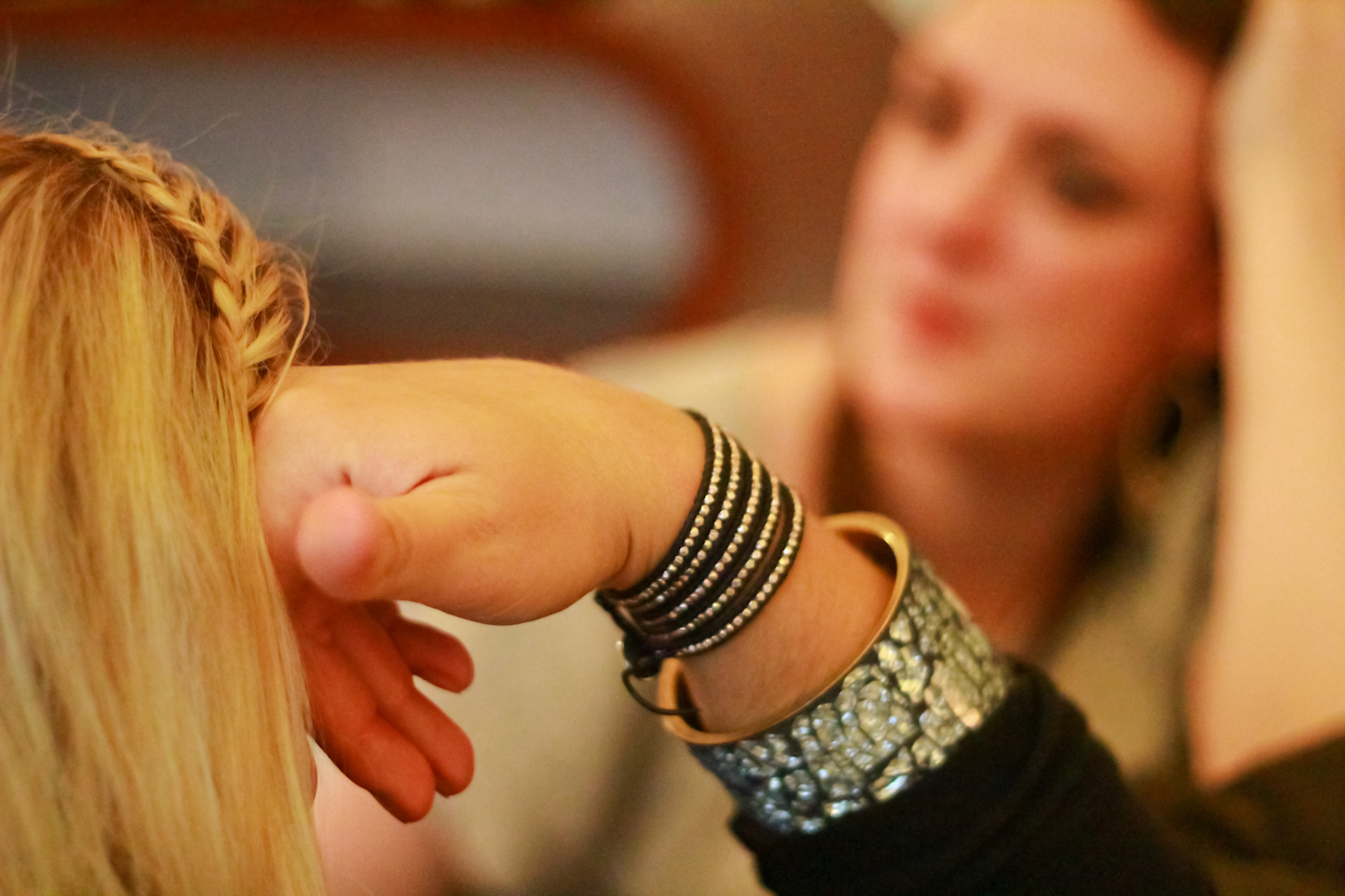 Alas, even the very best of soirées must come to an end. . . 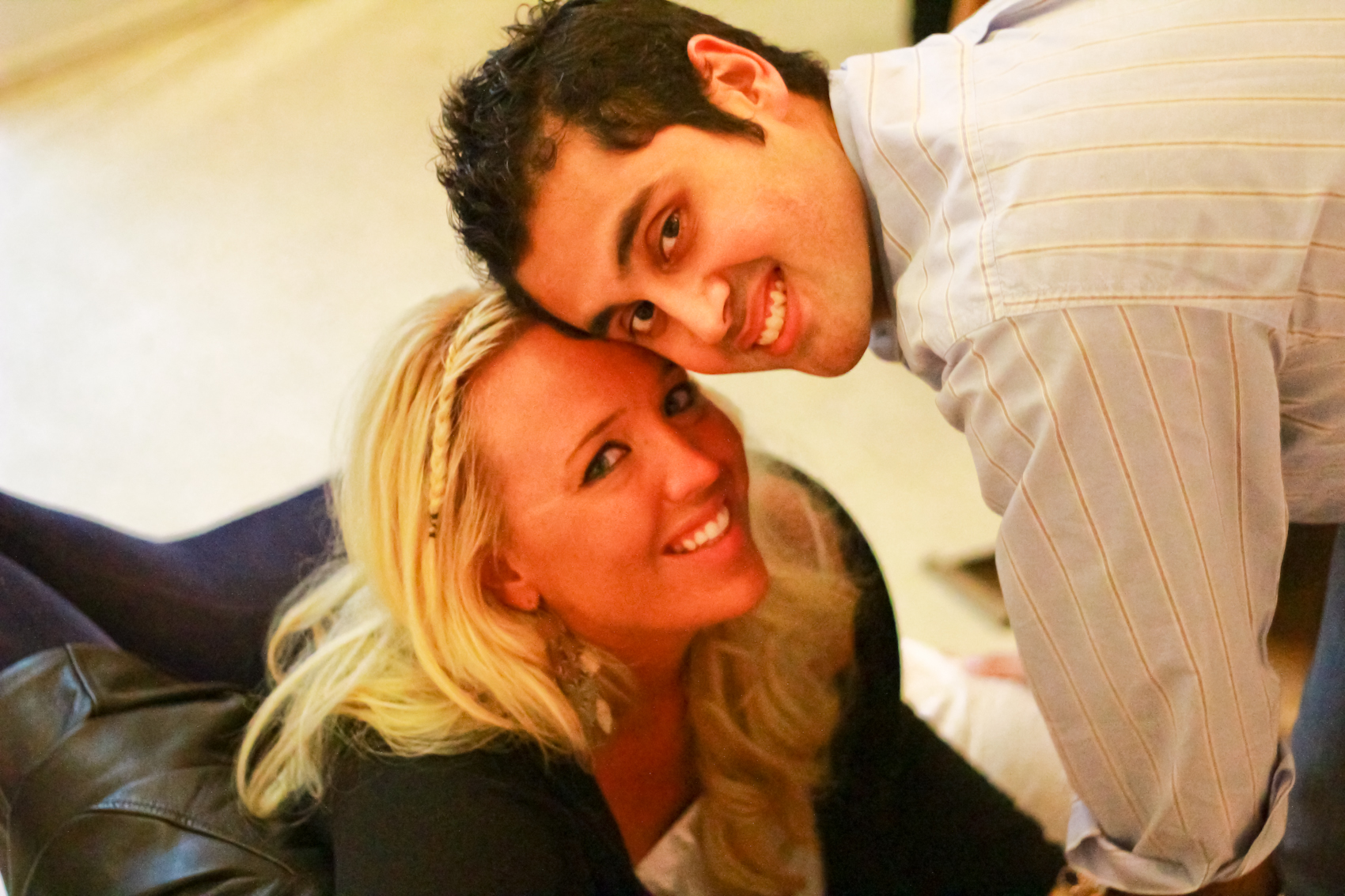 . . .however, not without a kiss from the guest-of-honor first! 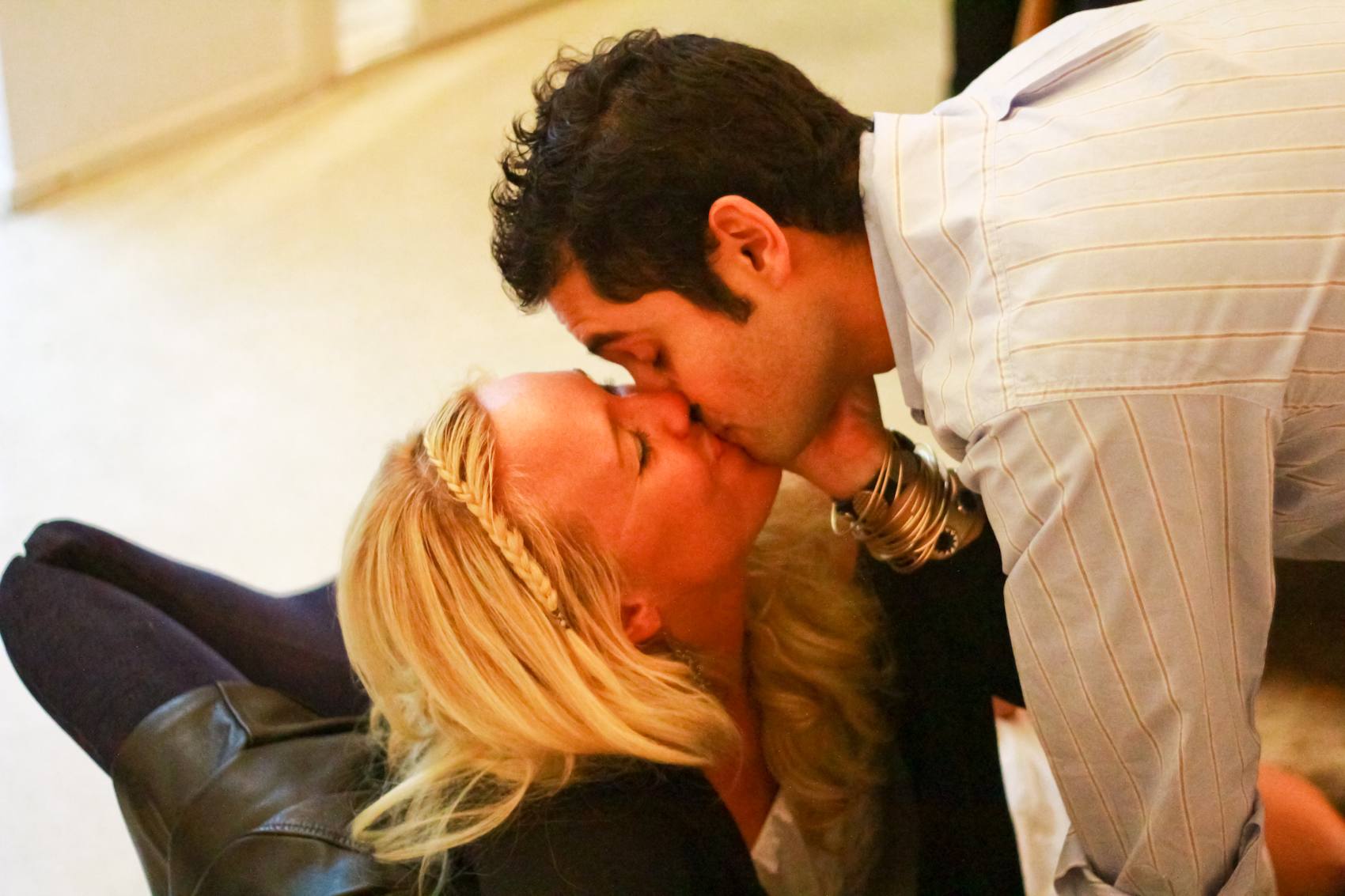 I would like to extend my deepest gratitude to Home Hotel for allowing us to use their gorgeous property for this soirée and for helping us with some last minute needs.  I could not think of a better location in Buenos Aires for it!  And to Seba, Julie’s husband, who photographed this event.  For someone who only recently picked up a camera, it is evident that he truly has an innate gift with these photos.