Everyone knows that the best part of a wedding (well, in most cases) is the cake.  And ours definitely did not disappoint!  Faena Hotel + Universe baked us the most spectacular cake ever: a double layered dulce de leche and milk chocolate torta with white chocolate icing on the sides. 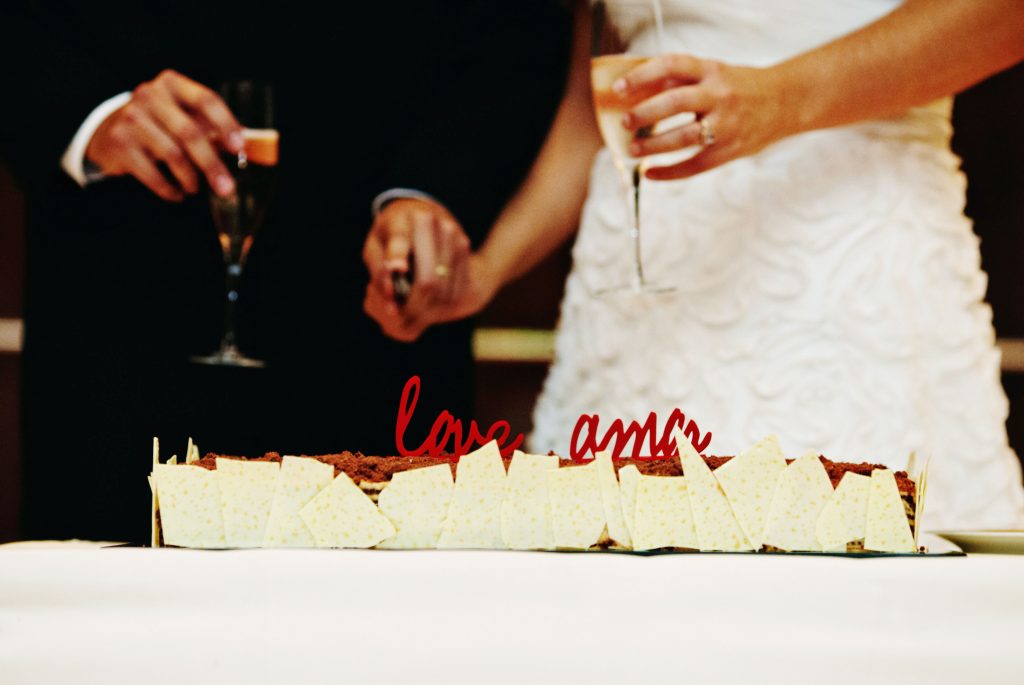 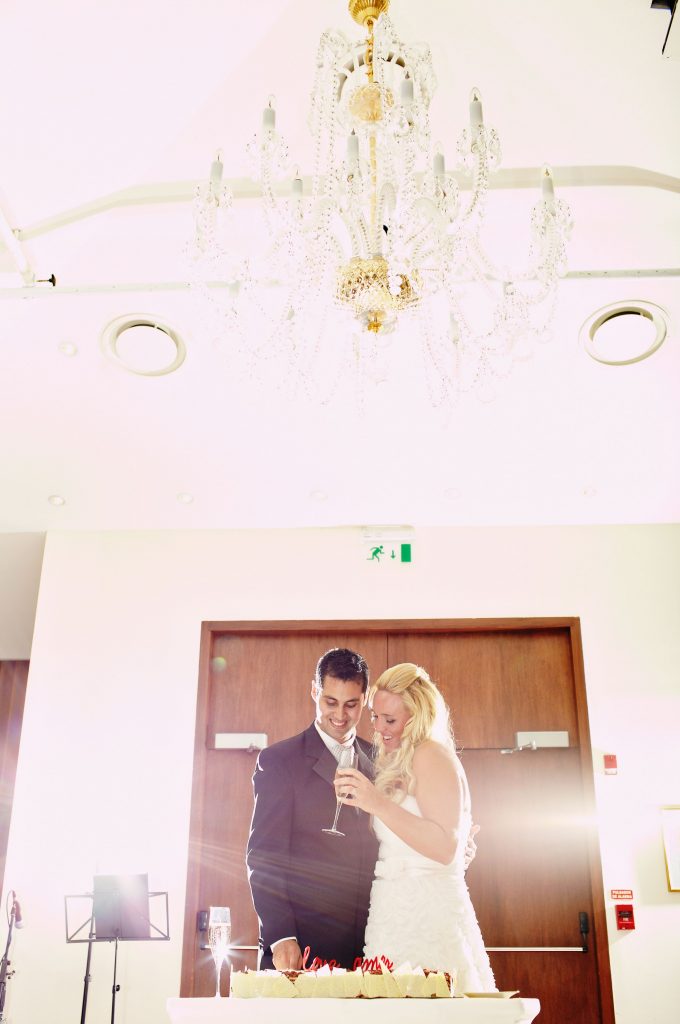 I begged Lucas to eschew the tradition of shoving the first bite of cake into each others faces and thankfully he obliged.  While we were feeding each other, my friend, Apphia, whom had flown all the way from China, sang “Unforgettable”  to us on a whim.  It was absolutely breathtaking! 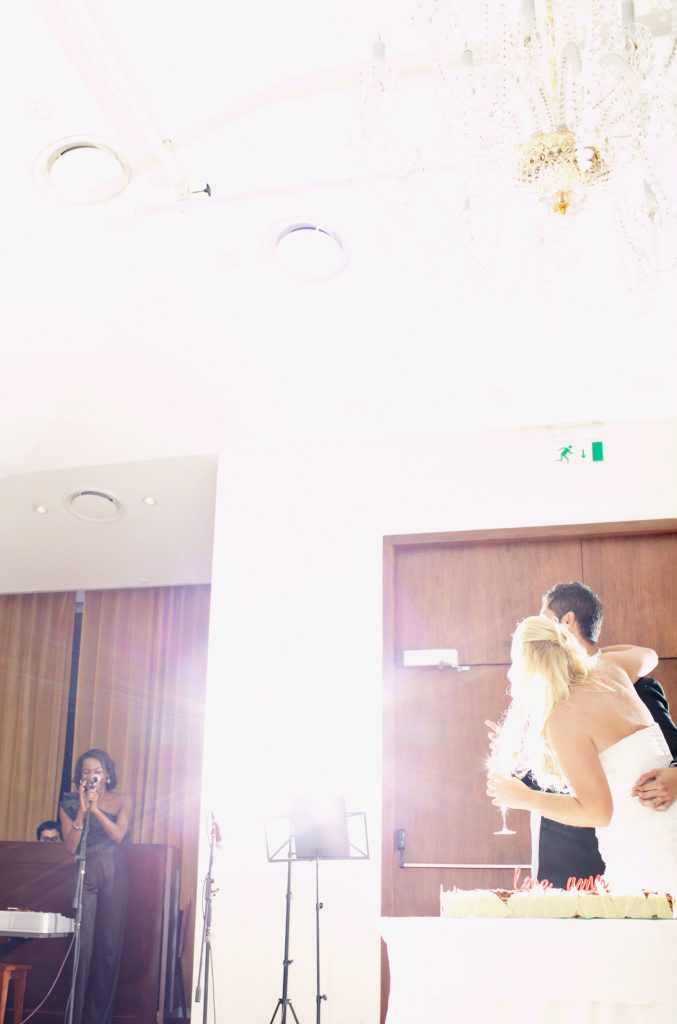 Once she was finished, the band began to play again.  They played a mix of popular jazz and bossa nova songs. 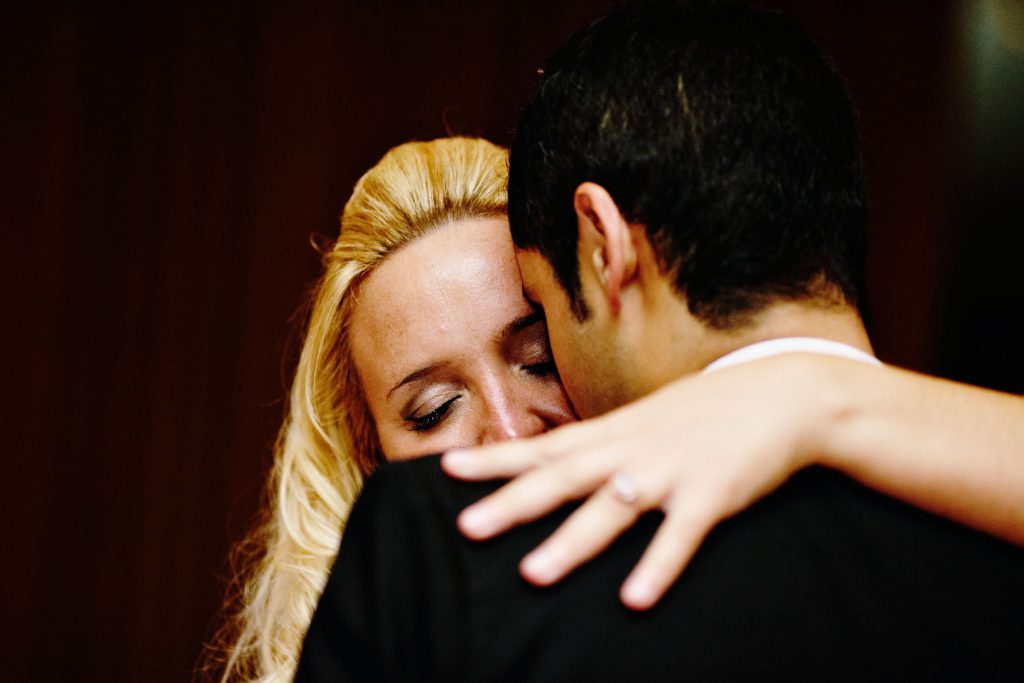 Of course, everyone loved the slow music, but the party did not officially begin until the dance music started.  The star of the show was definitely Lucas’ Dad.  I guess I know where my husband got his smooth moves from? 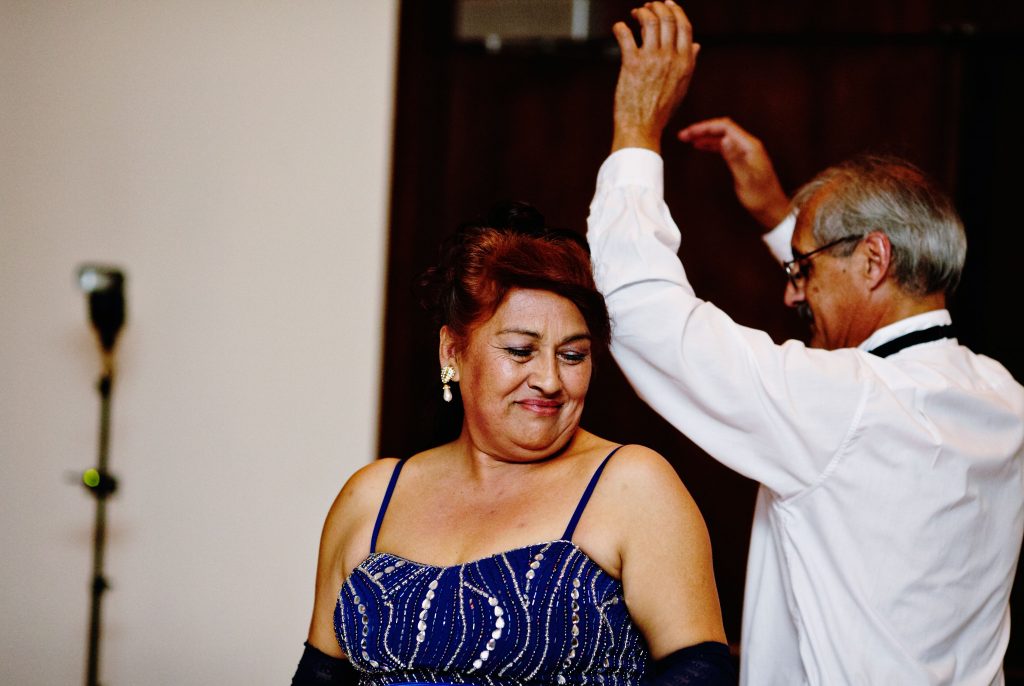 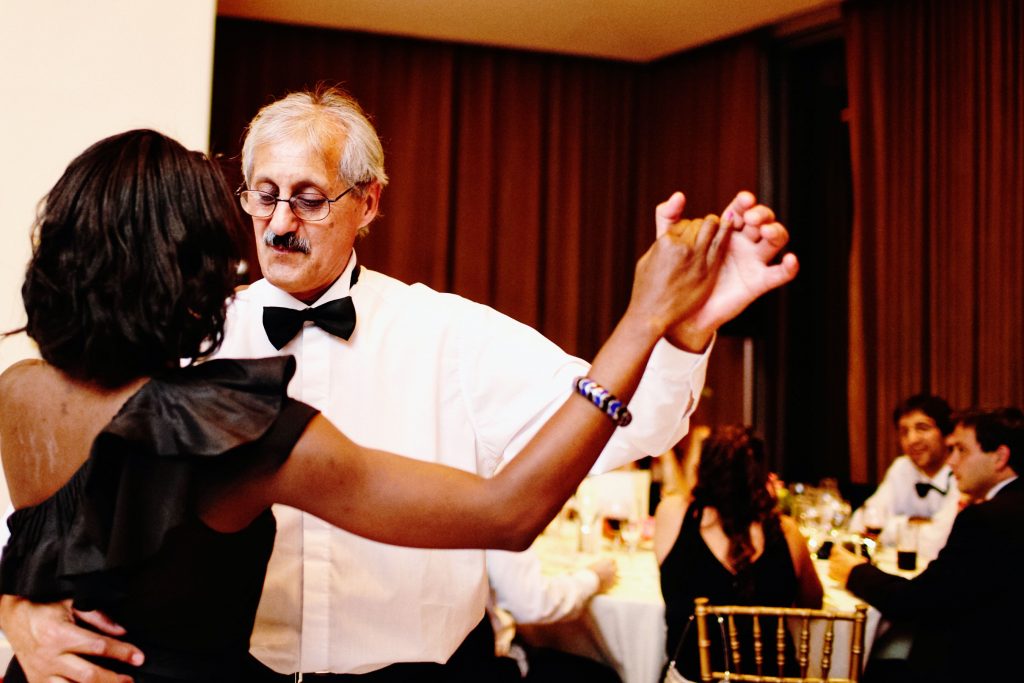 I must have been inspired by his Dad in the following photo? 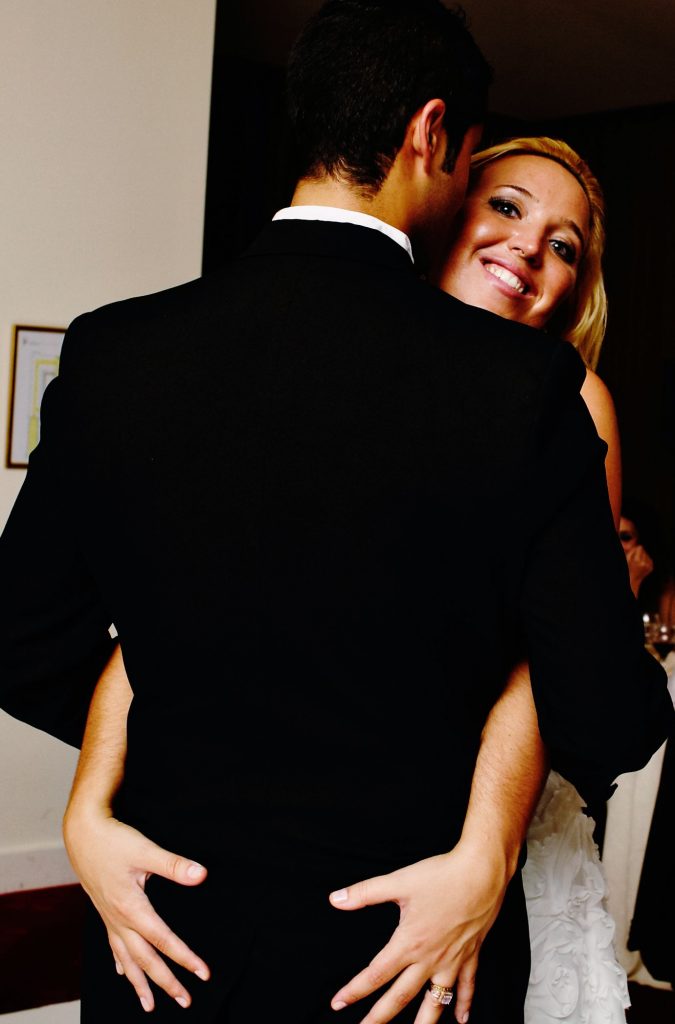 I refused to have any cheesy songs played during the reception, such as “YMCA,” however I did not protest when the conga line was started to a Black Eyed Peas song. 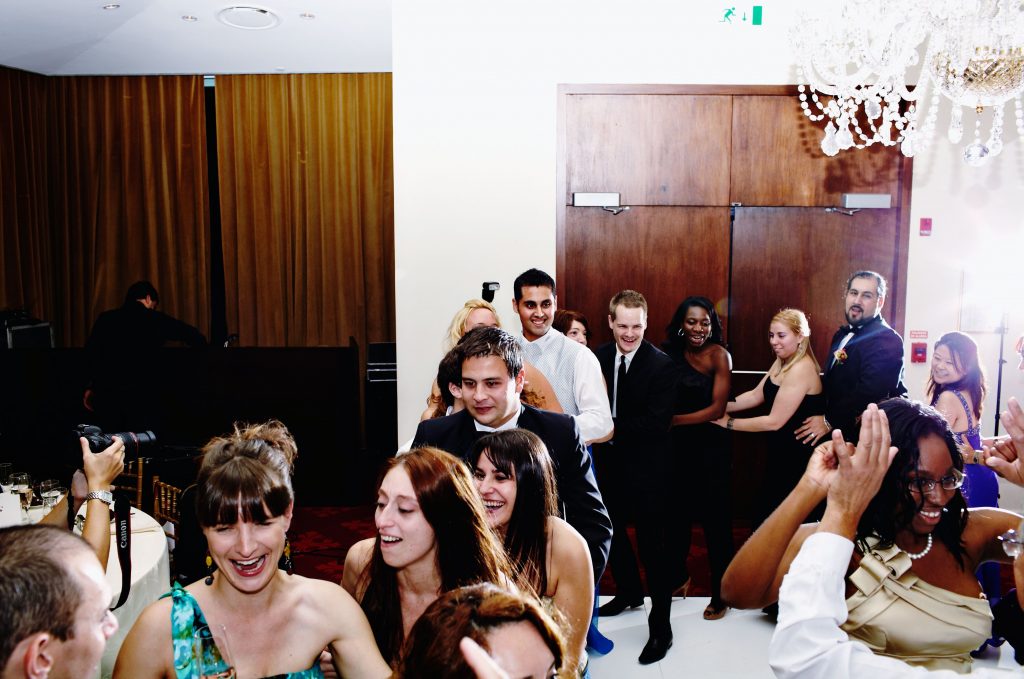 I then paused for a quick champagne break, as I knew I would need some liquid courage for what was coming up next, while Lucas took my Mom for a spin on the dance floor.

What is your favorite photo?