Almost every child says it, but in my case it really is the truth: I have the greatest father in the world!  I am who I am, because of him.  If you have not yet read his Father of the Bride speech that he gave at my wedding, read it now, it will make you laugh and cry at the same time. 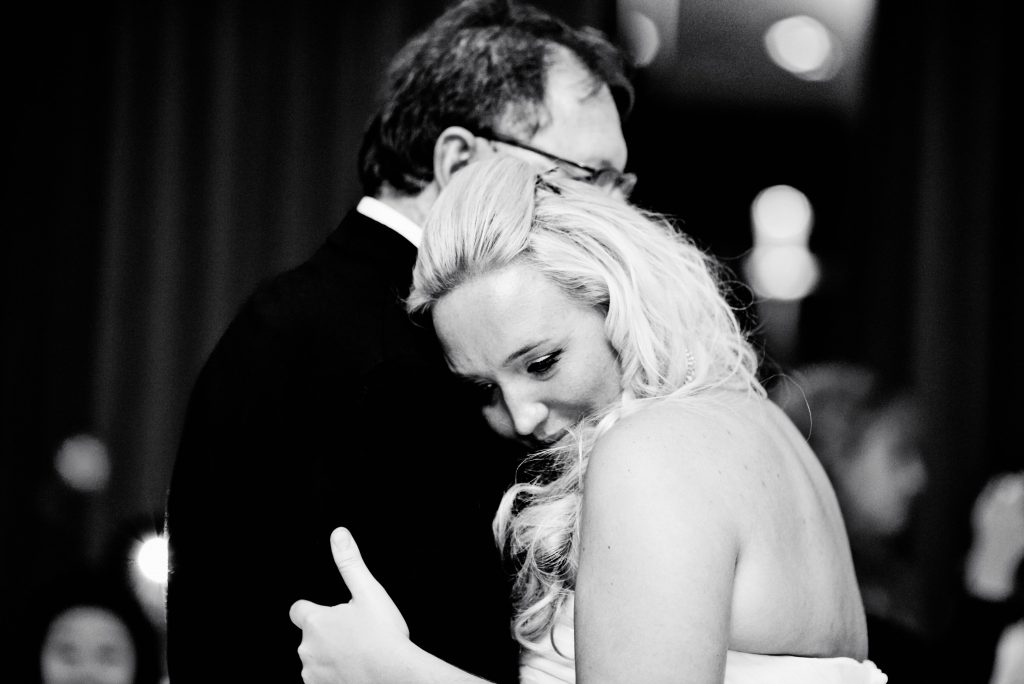 He has never once not supported a dream of mine, no matter how unimaginable it may have been.  In fact, he is the reason why my motto in life is to “dream big.”  This is why I have chosen to support his latest dream, which is to return to College at the age of 70 (he first graduated from St. Peters College in 1962 with a degree in Accounting), so that he can learn the tools that he needs to write his memoir.  When he first told me about his bold decision, I laughed.  I might have even called him crazy.  However, with time I realized I have never been more proud of my father.  He is a shining example to us all that dreams know no age.  In his first Creative Writing class he was asked to chose one word and to write for 7 minutes about it with no editing.  It was an exercise in free thinking.  He chose the word “mole,” a word that in our family has great significance.  I loved his story and felt I should share it with the world. . .

During the 40’s and 50’s, my early years, I lived in an exclusive Italian neighborhood.  No, the homes were not expensive, however unless you were Italian, forget about living there.  It was called “Little Italy” and was located in downtown Manhattan.

The mafia had a large footprint in almost every activity.  If you became an informant to the authorities on their illegal businesses: gambling, prostitution, loan sharking, and kick backs, you were called a mole.  Your life expectancy was not exactly your strong suit.

When I attended high school I found out that mole was a unit of measurement in chemistry.  Somewhere along the way I also found out it was a birth pigmentation and more recently a Spanish sauce.

A rat, a chemical measurement, a skin marking, and a sauce.  Nope, not finished.

My office is located in my home and looks out onto the front lawn.  One day, I noticed patches of grass that were losing their color.  I went outside to see what was going on and stepped in a small sand hole.  Mole attack!

I immediately went into action.  I purchased chemicals both legal and illegal across the state line in South Carolina.  I used every substance that Home Depot had on their mole shelf.  Finally, I called an exterminator.  I was expecting some guy that had crawled out of a Louisiana swamp and had history with battling gators.  Boy was I wrong!  He was a Purdue Engineering Graduate and looked like he could just as easily been selling menswear at the mall.  He was able to capture two of the creatures with traps, but they persisted.

I went nuclear.  I found an old pair of volunteer fireman’s boots (that is another story), gloves, sunglasses, a hat and with a shovel I went to battle.  I even made a sign: RALPH VS MOLES. 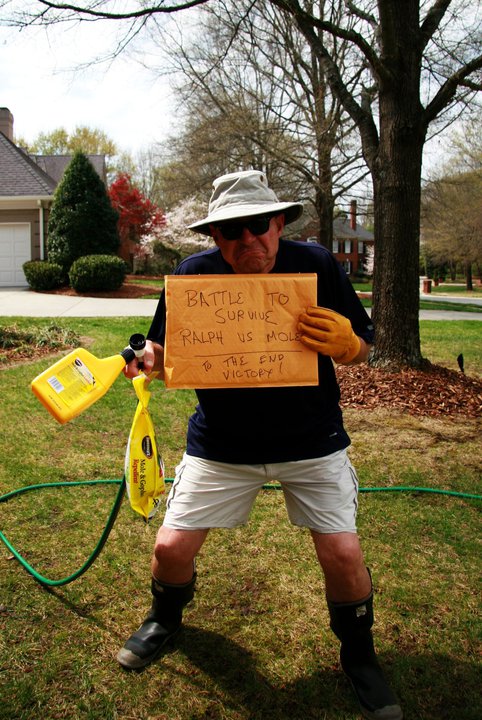 My daughter not only thought I was weird and had gone off the deep end, but she also thought that I was wrong in doing battle with these ugly creatures.  She posted my picture in full battle gear on her Facebook wall and stated my goal of killing the moles.  I laughed at her and said no one would agree with her far-fetched position.  I could not have been more wrong.  Now my lawn was being destroyed and I had become an enemy to mole lovers throughout the world.  Moles are horrible — all they do is eat grubs and procreate.  Nevertheless, I am the bad guy.  Months later, the moles eventually left on their own terms and went elsewhere, however let it be known that I never once gave up the war.

Mole a 4-letter word with so many definitions.

Afterward: In case you are interested, Da Moles, as they preferred to be called, created a Facebook page and I am sure they would be honored with your friend request!

169 thoughts on “My Father’s Beautiful Misadventures”