One of the best things in the world is marrying someone from another country, especially a country you are in love with.  For the rest of your life you are guaranteed to return to your partner’s homeland over and over again.  Having said that, this blessing is also a curse in disguise, because now when you visit your time there is spent catching up with your partner’s friends and family.  The days of playing tourist are done.

This was a huge struggle for me on our last trip to Buenos Aires, Argentina.  Instead of going to a museum, my husband, Lucas, wanted to go play fútbol with his amigos.  Instead of going on a romantic date to a tango show, Lucas wanted to cook dinner in our apartment for his parents.  I realized that if I did not want to ruin our precious time there I somehow had to make peace with my new situation.  I eventually learned how to adapt and to Lucas’ credit he also tried his best to find some time here and there to take me to my favorite places in the city, one of which was Café Tortoni. 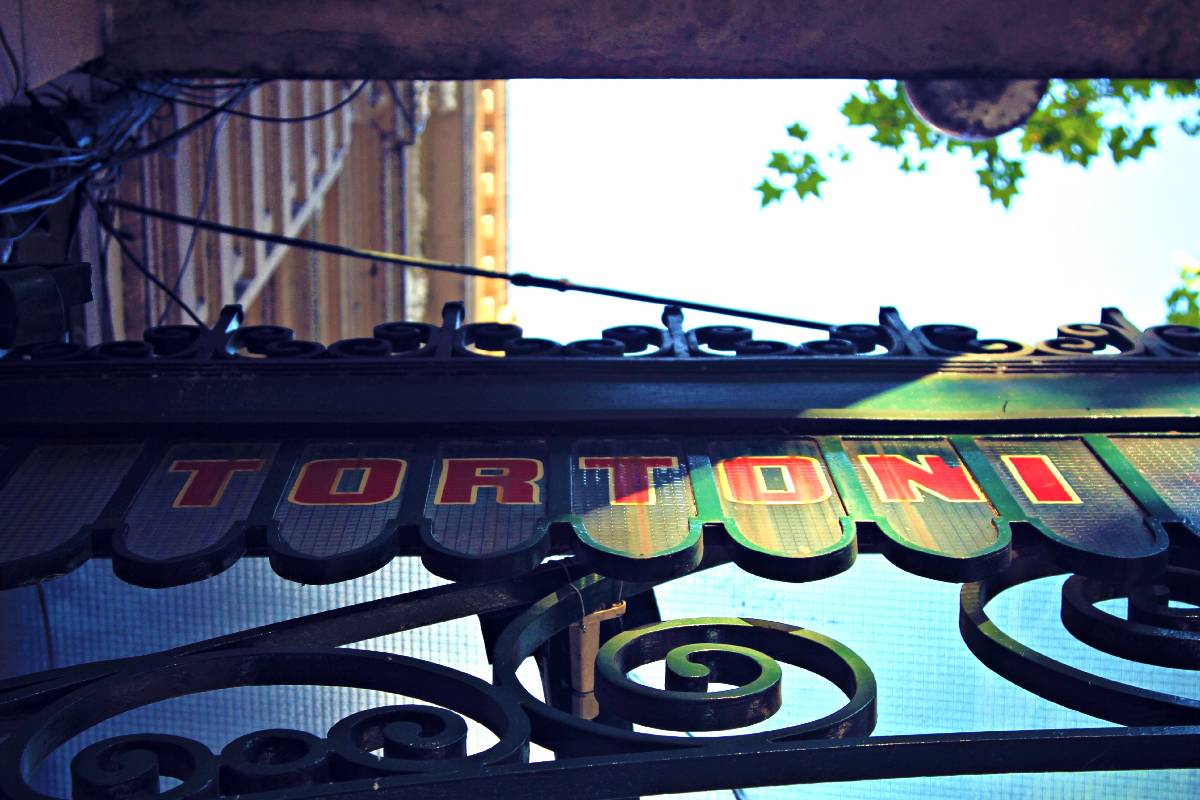 Café Tortoni is the oldest coffeehouse in Argentina and is located on Avenida de Mayo.  Its doors opened in 1858 by a French immigrant who named it Tortoni after the aristocratic Parisian café of the same name.  Its history is rich with stories of famous visitors and has made many lists which claim that it is one of the most beautiful cafés in the world. 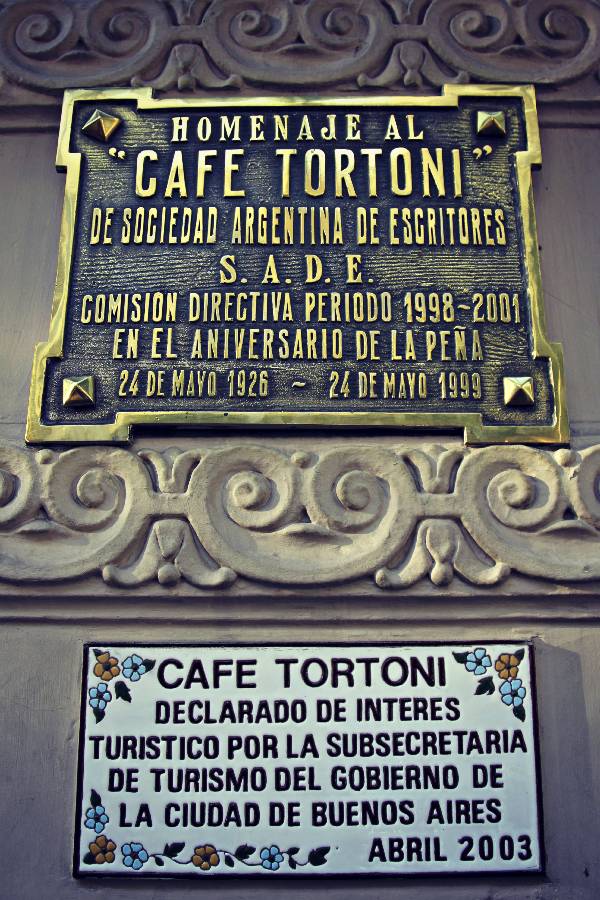 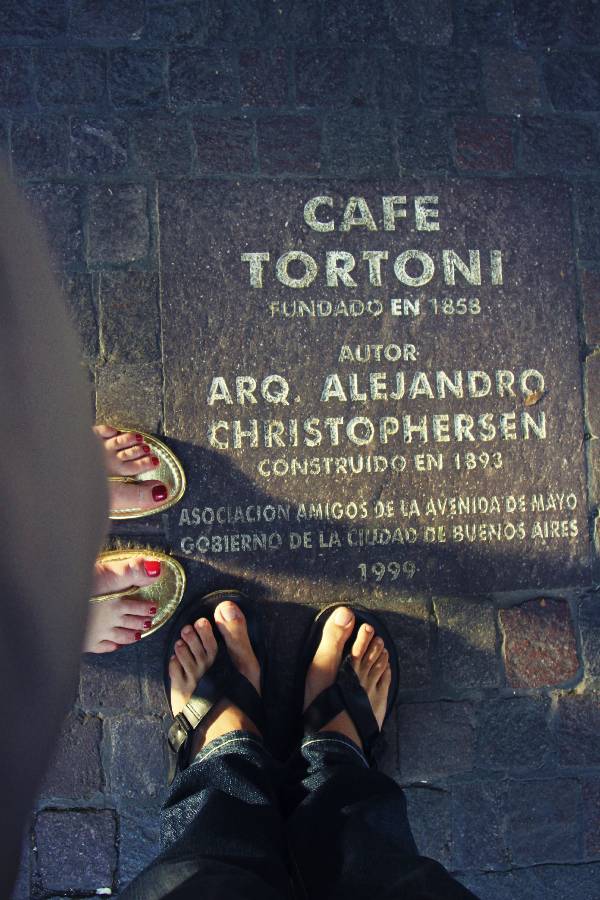 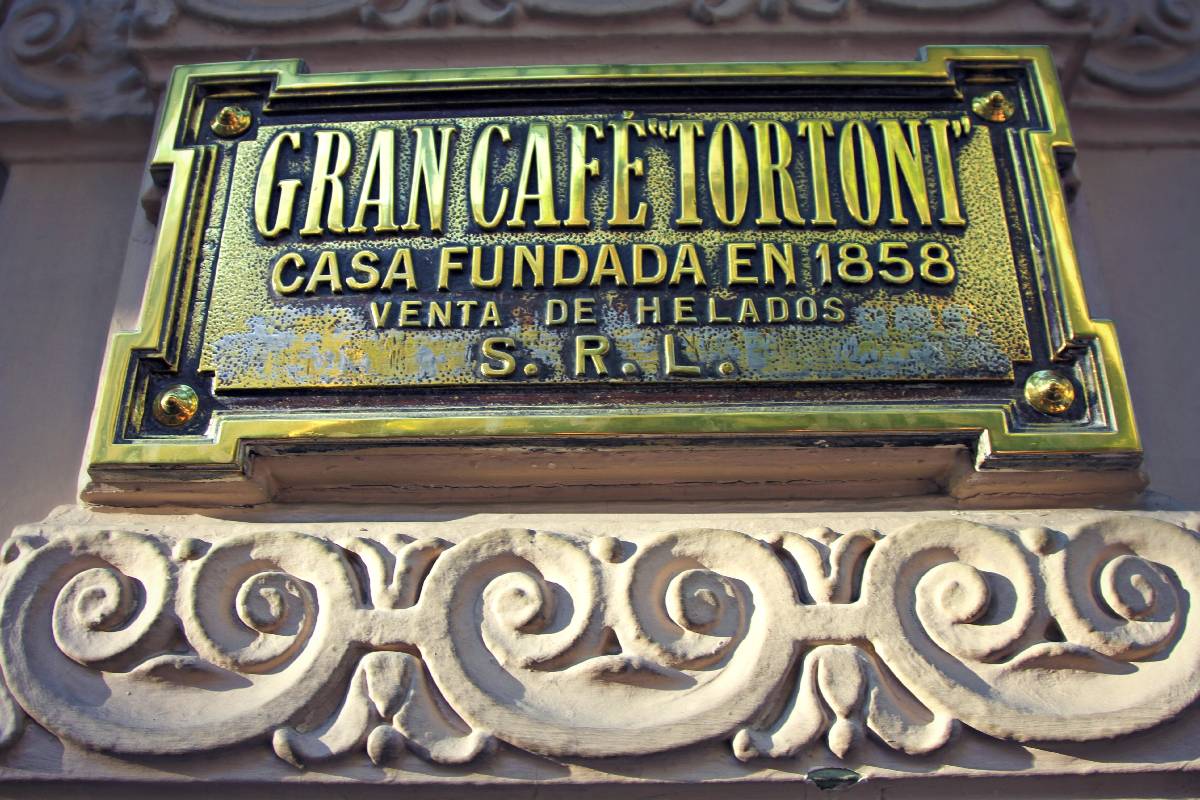 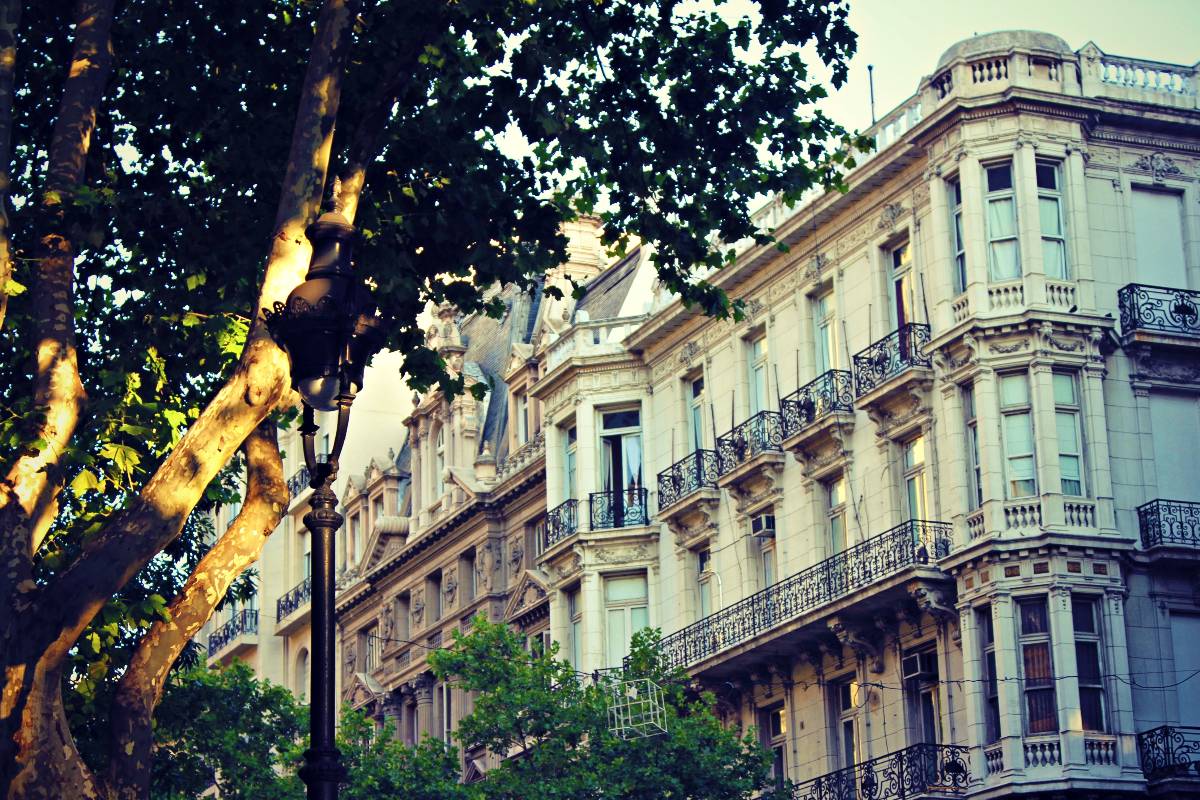 Even though Café Tortoni is now considered by many to be a tourist attraction, a lot of Porteños still stop by every once in a while for a caffeine fix.  Expect a line to get in, since most things in life that are special require a wait. 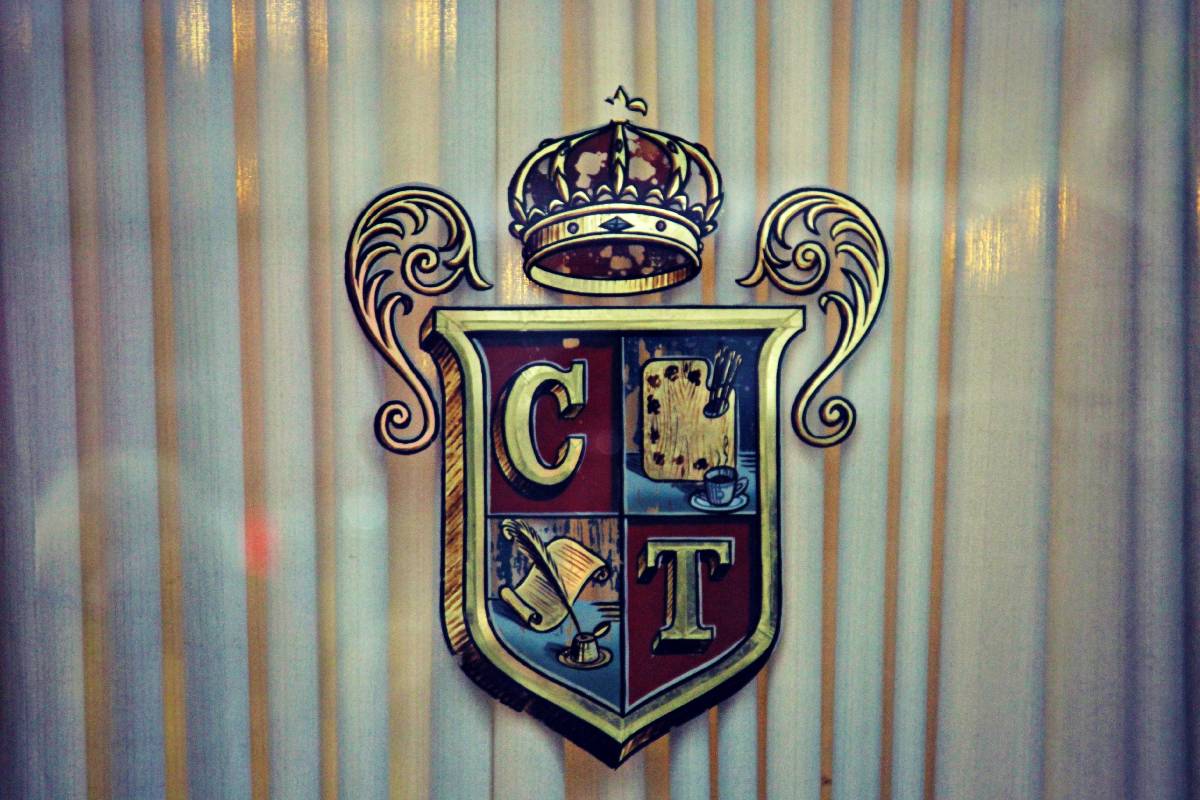 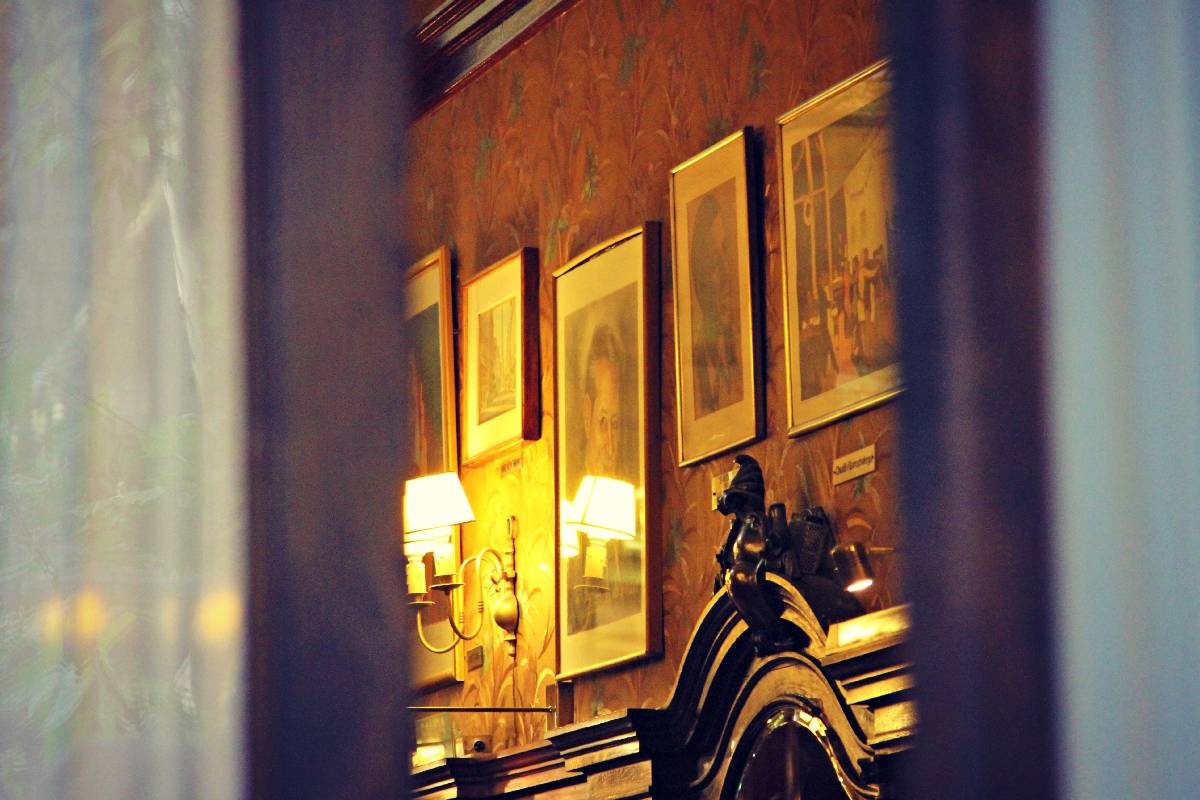 I recommend giving yourself at least an hour at Café Tortoni in order to truly appreciate your surroundings.  A guest of the coffeehouse once said the following and it really resonated with me, “Tradition is not the past.  Tradition is the offering of the best of the past to the men and women of the present and future.  It is not only the walls of the Tortoni, which in themselves are worthy of a museum, but mainly in the spirtual climate that its management has wisely created, that the best of our Porteño past can be found.” 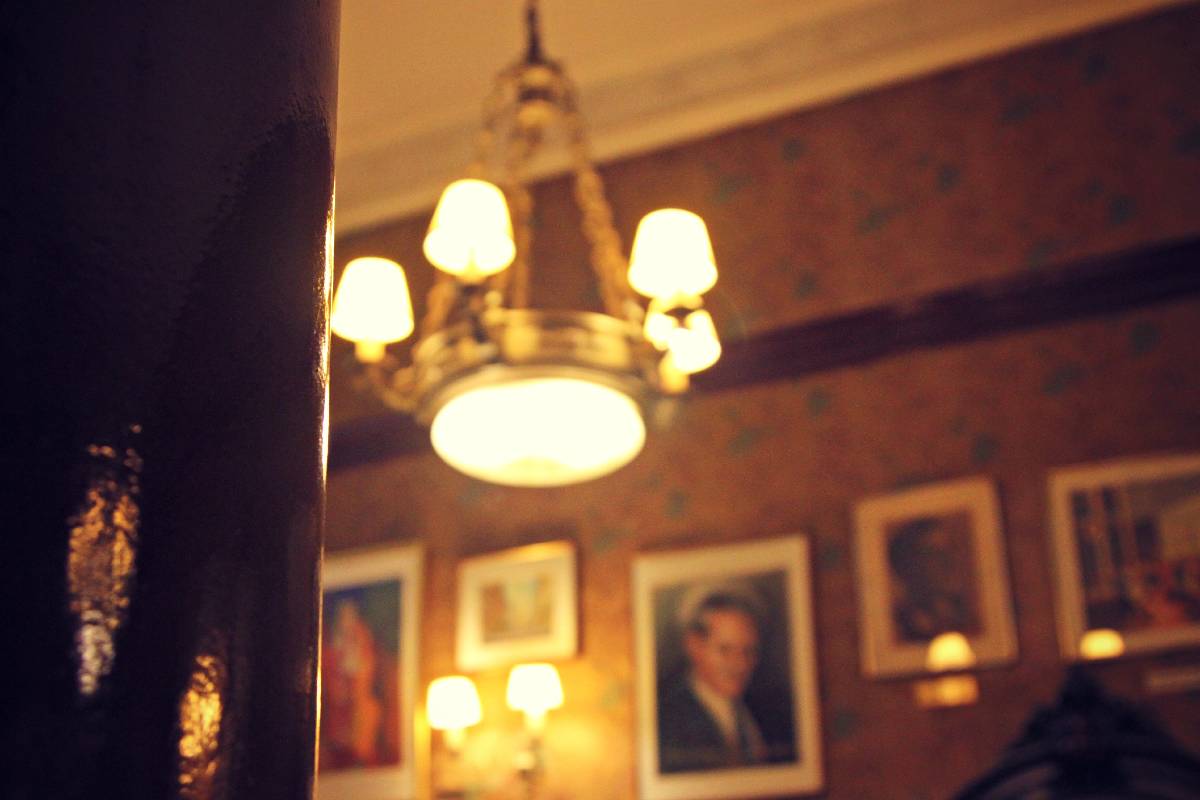 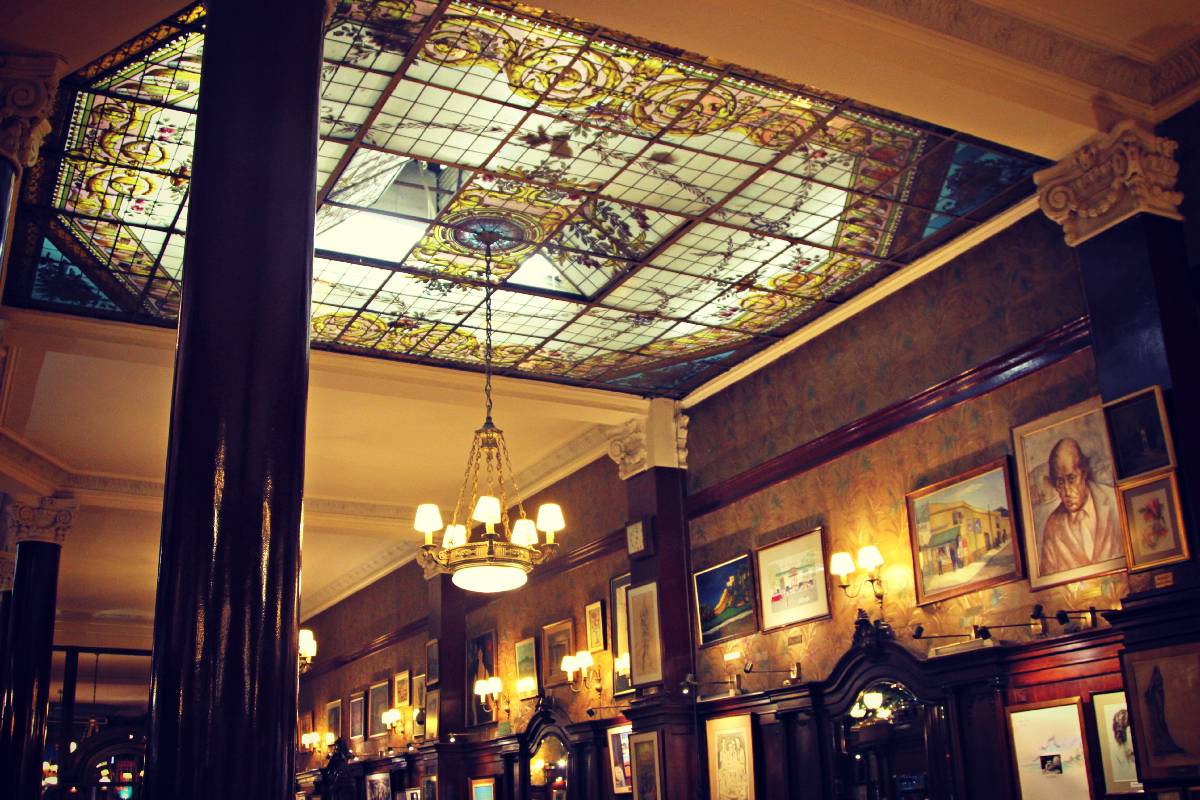 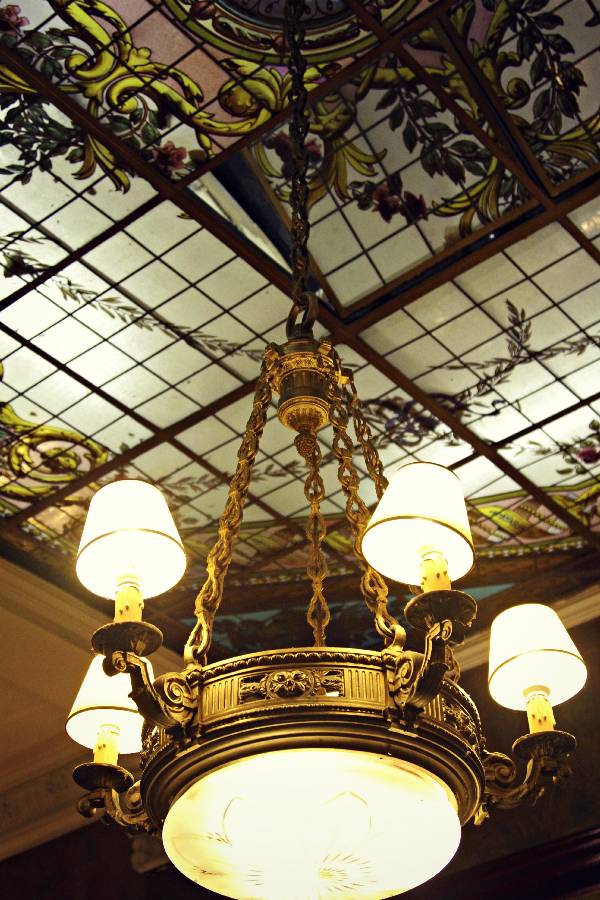 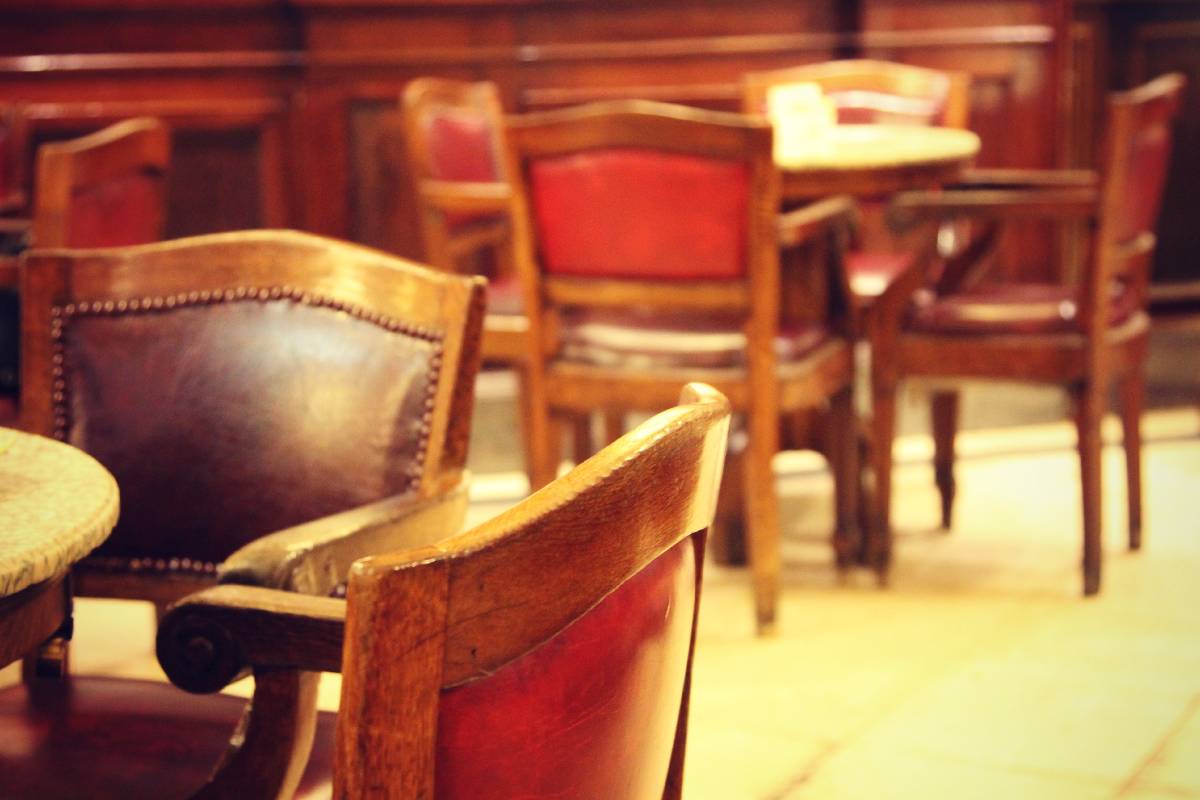 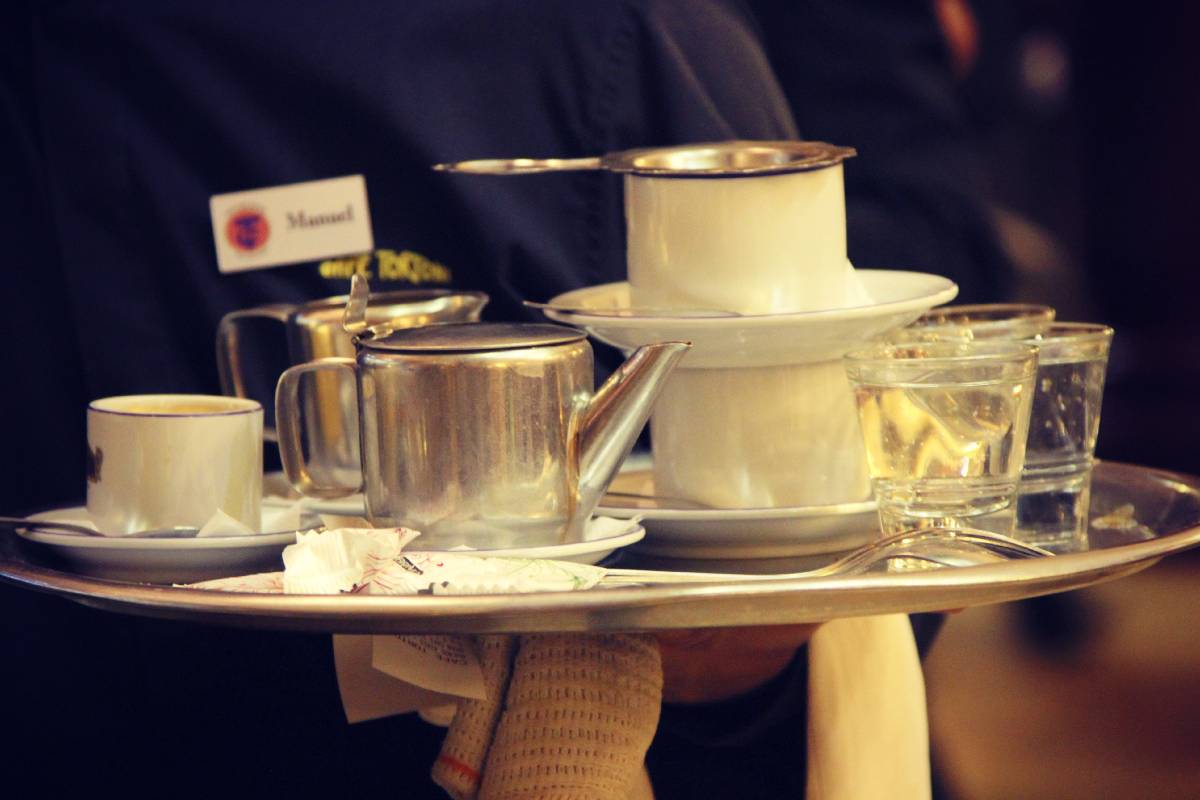 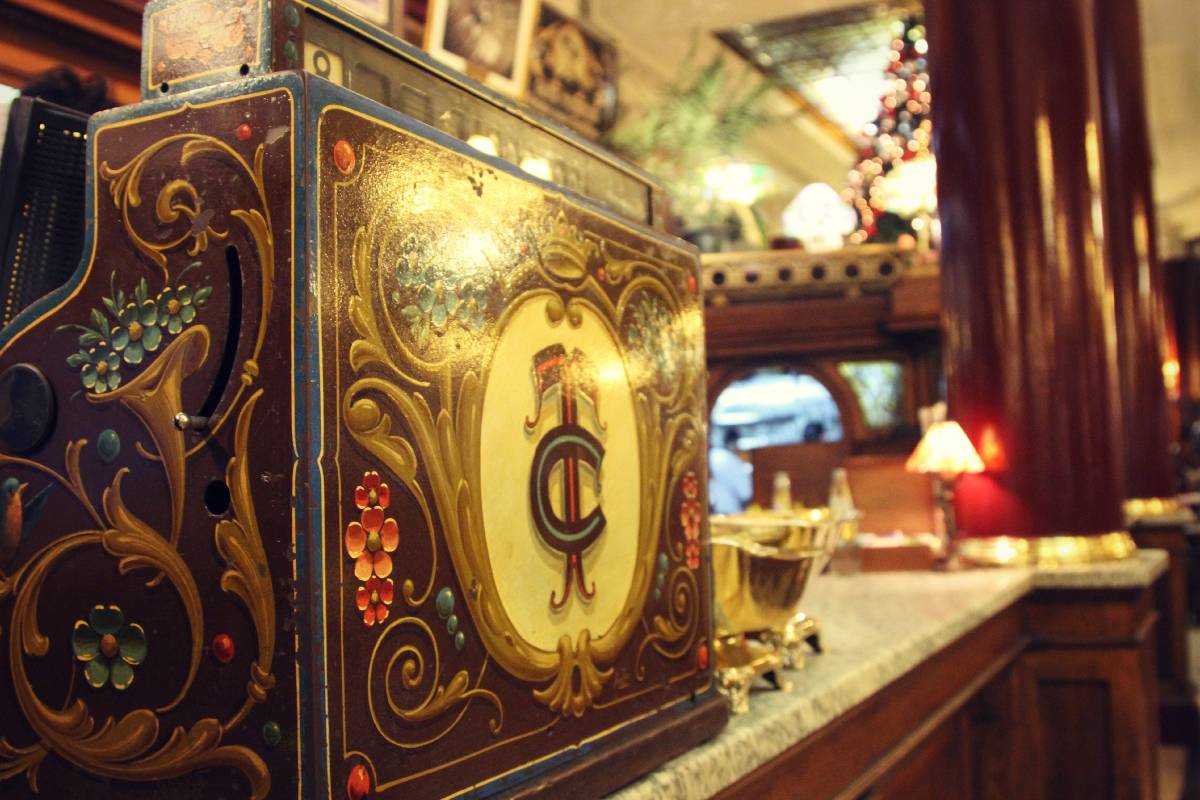 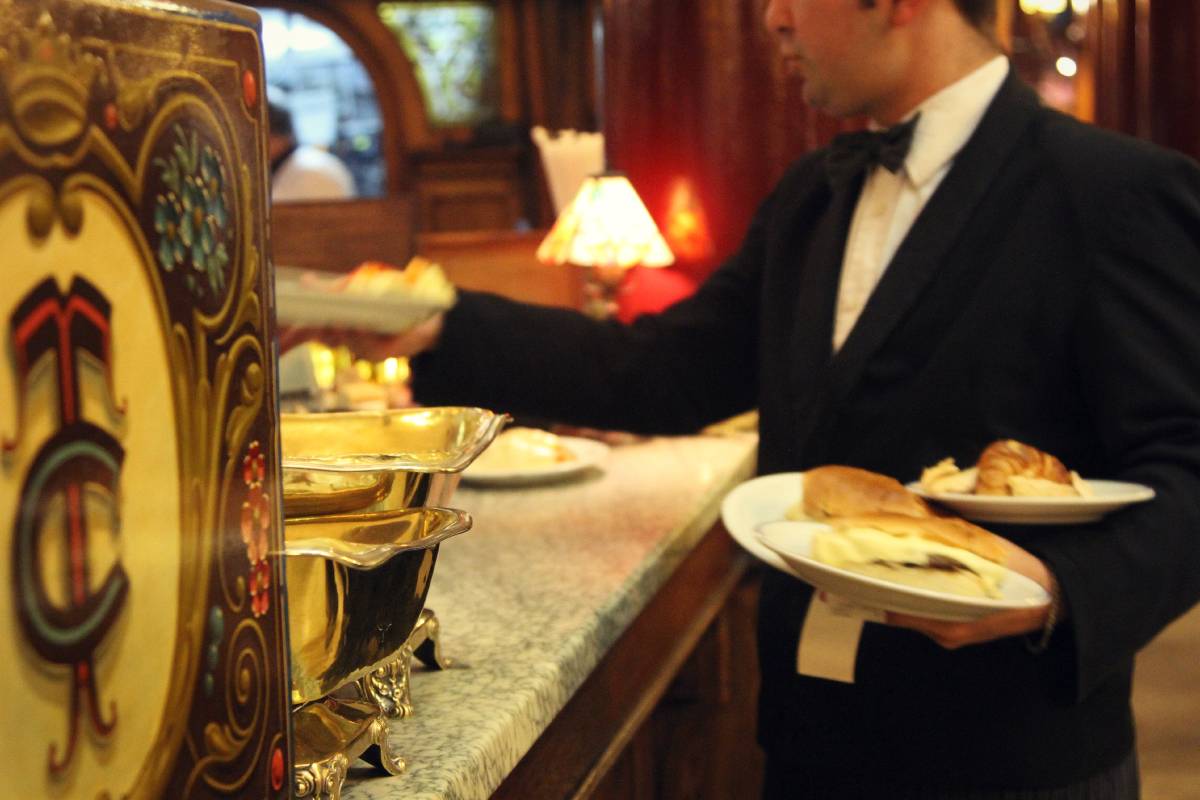 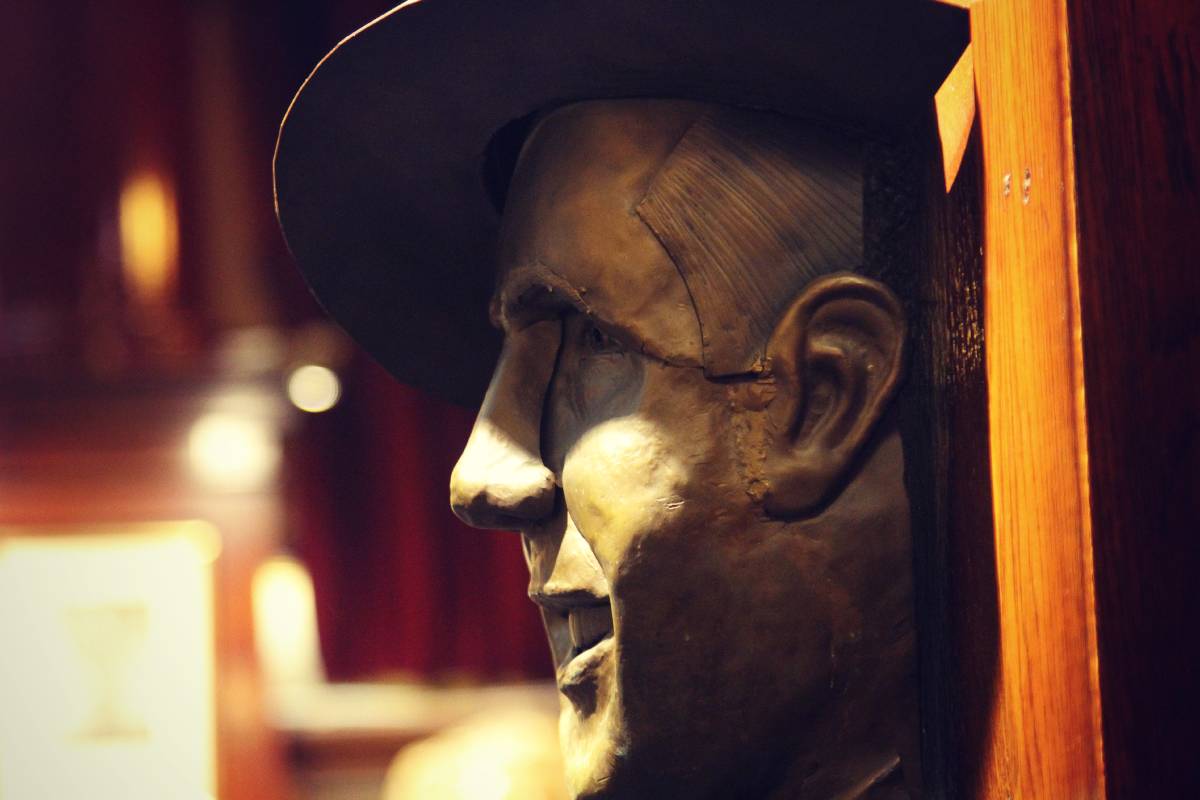 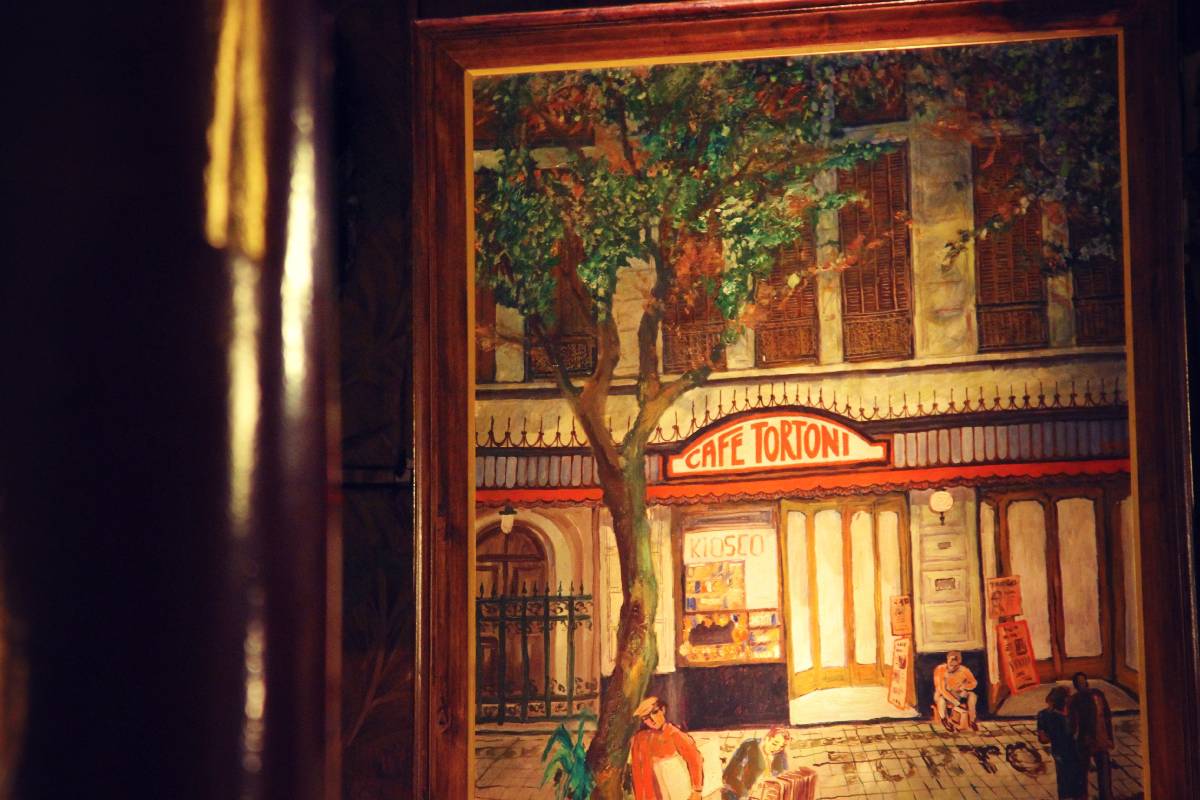 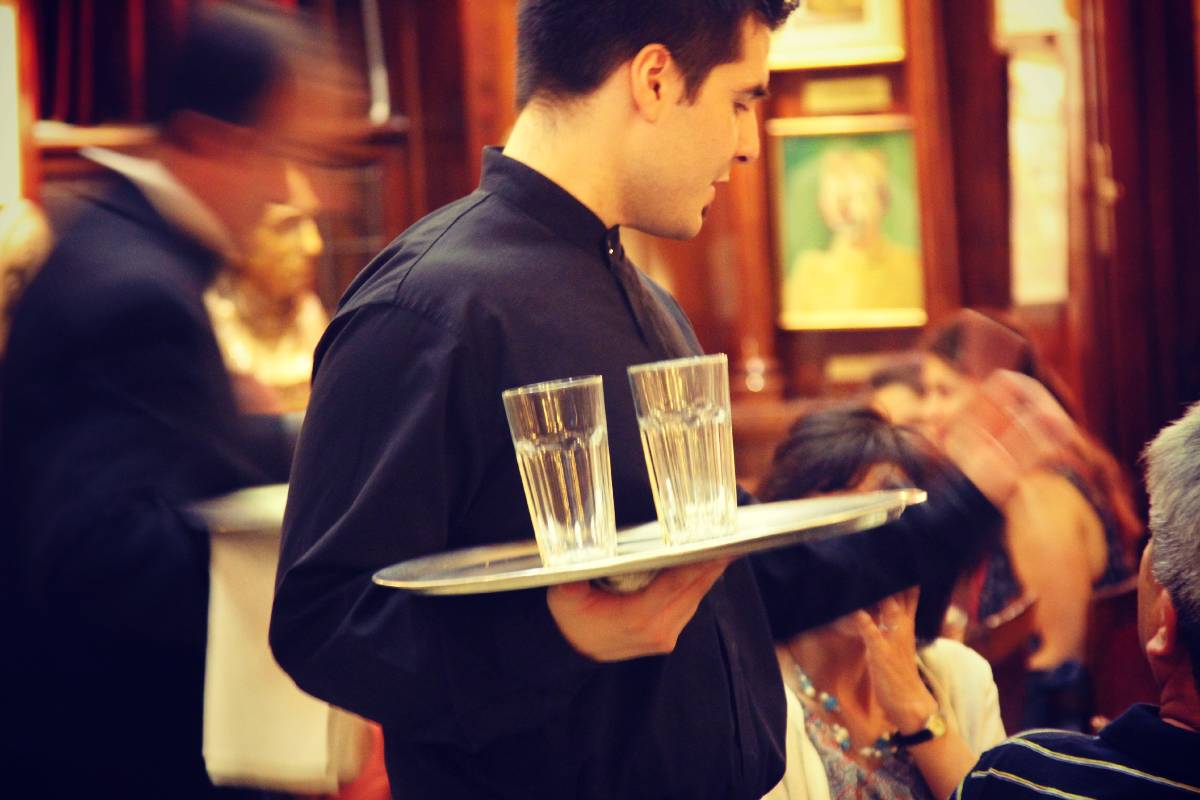 Before we were even presented with a menu we both knew what we wanted: churros con chocolate.  I have had them all over the world and my favorite are from Café Tortoni.  As luck would have it though, they were out of them that day.  We were both sad, but were more than happy to indulge in some alfajores instead. 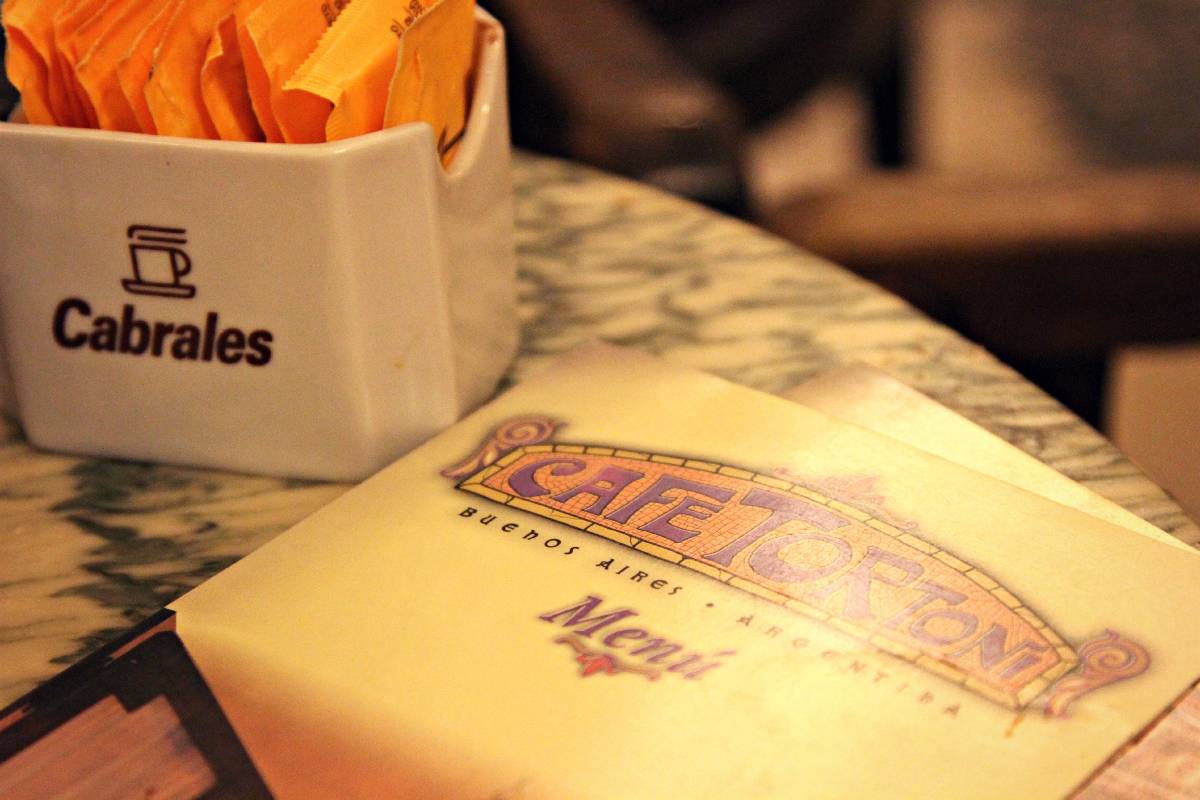 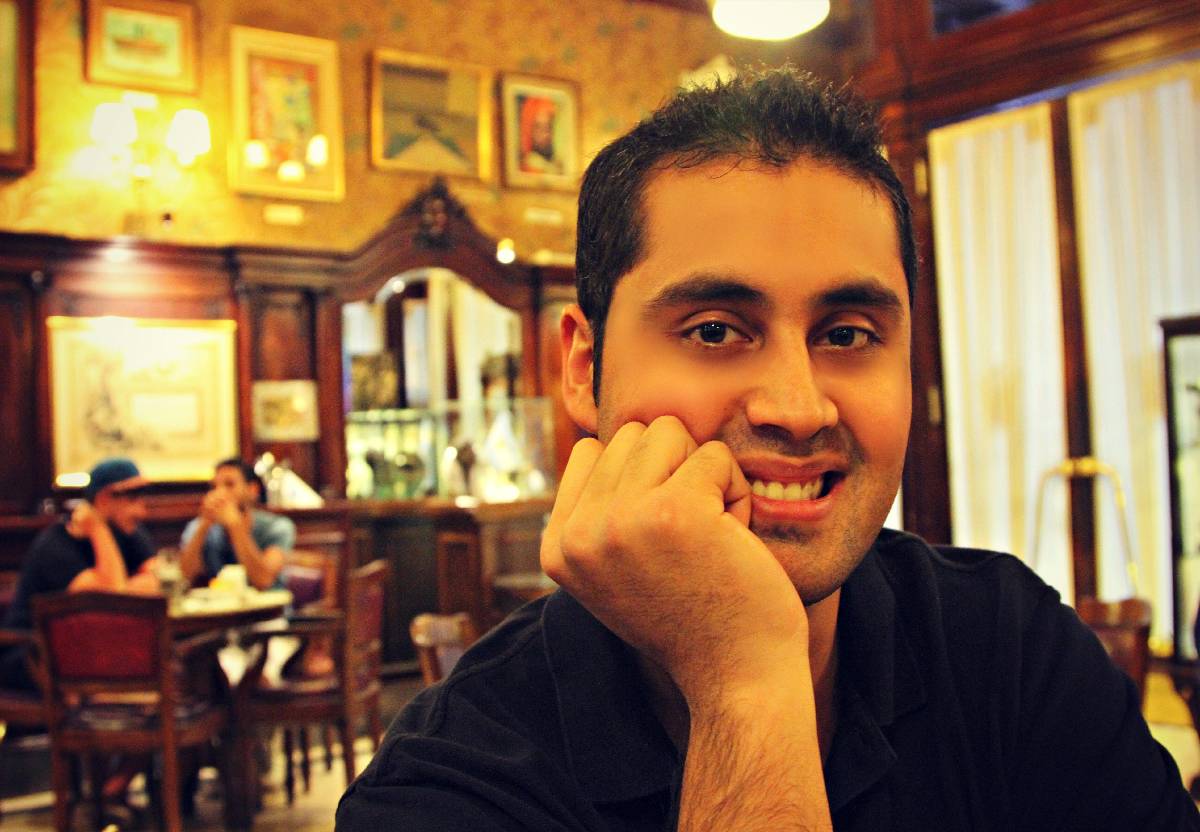 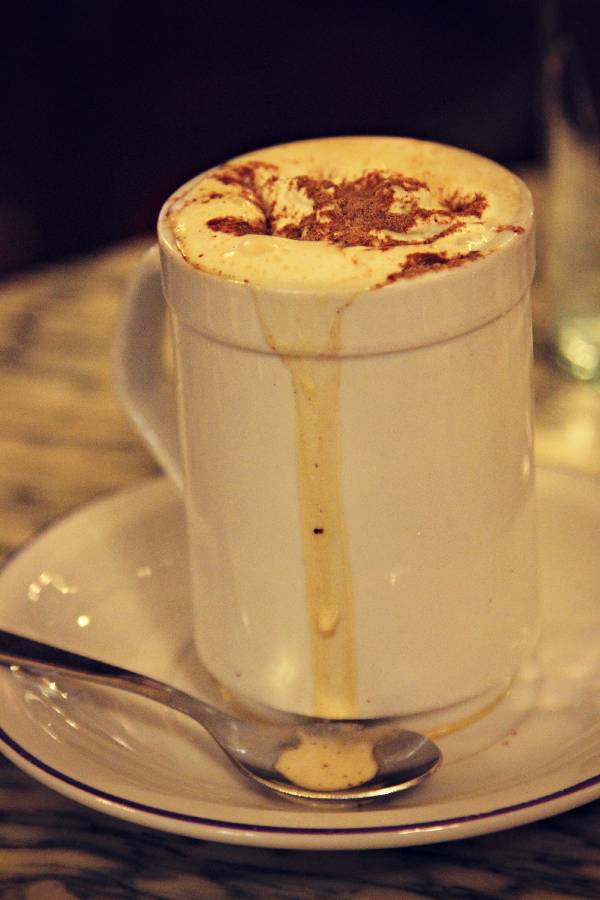 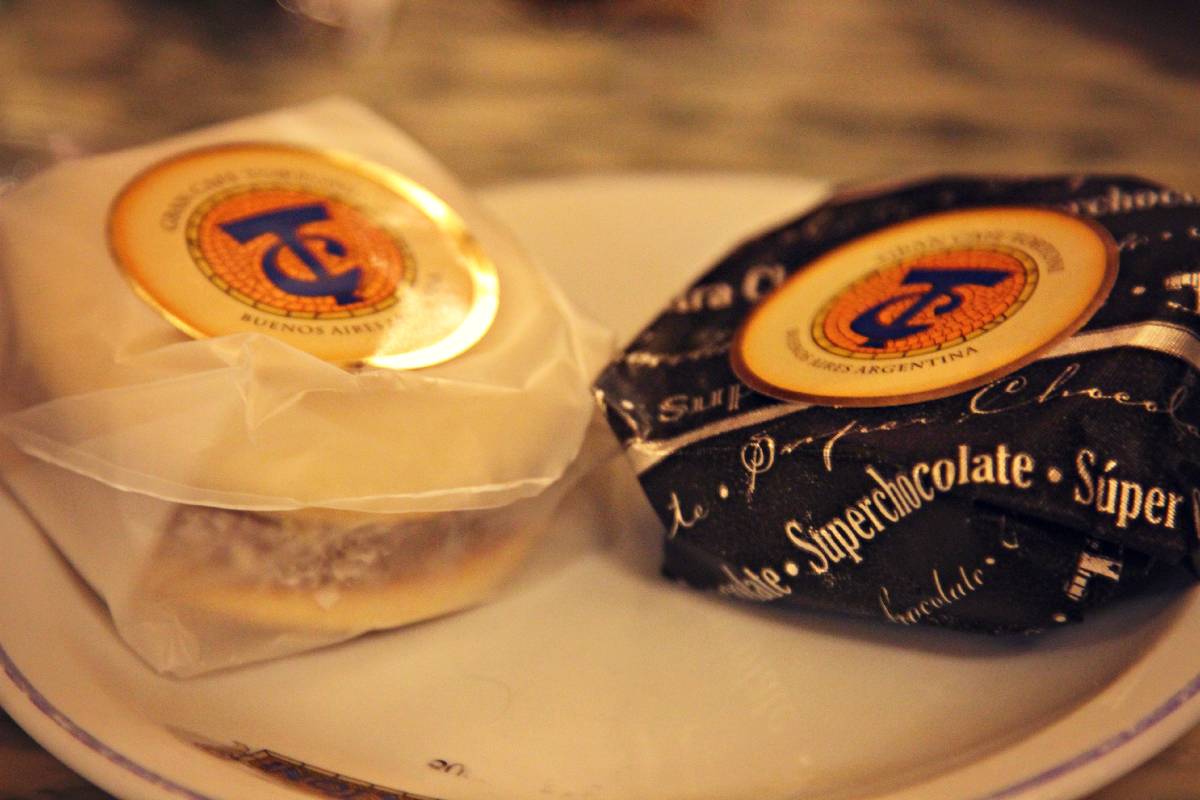 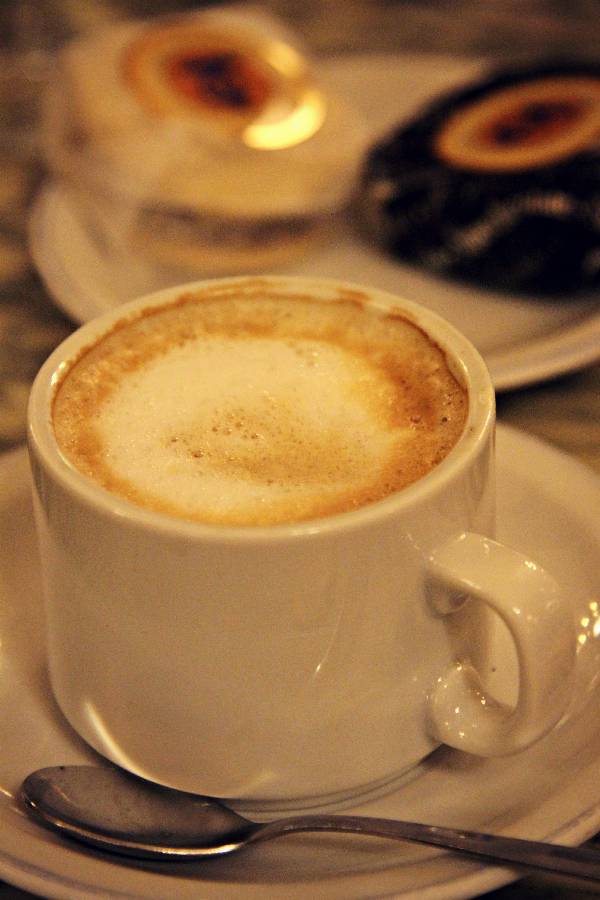 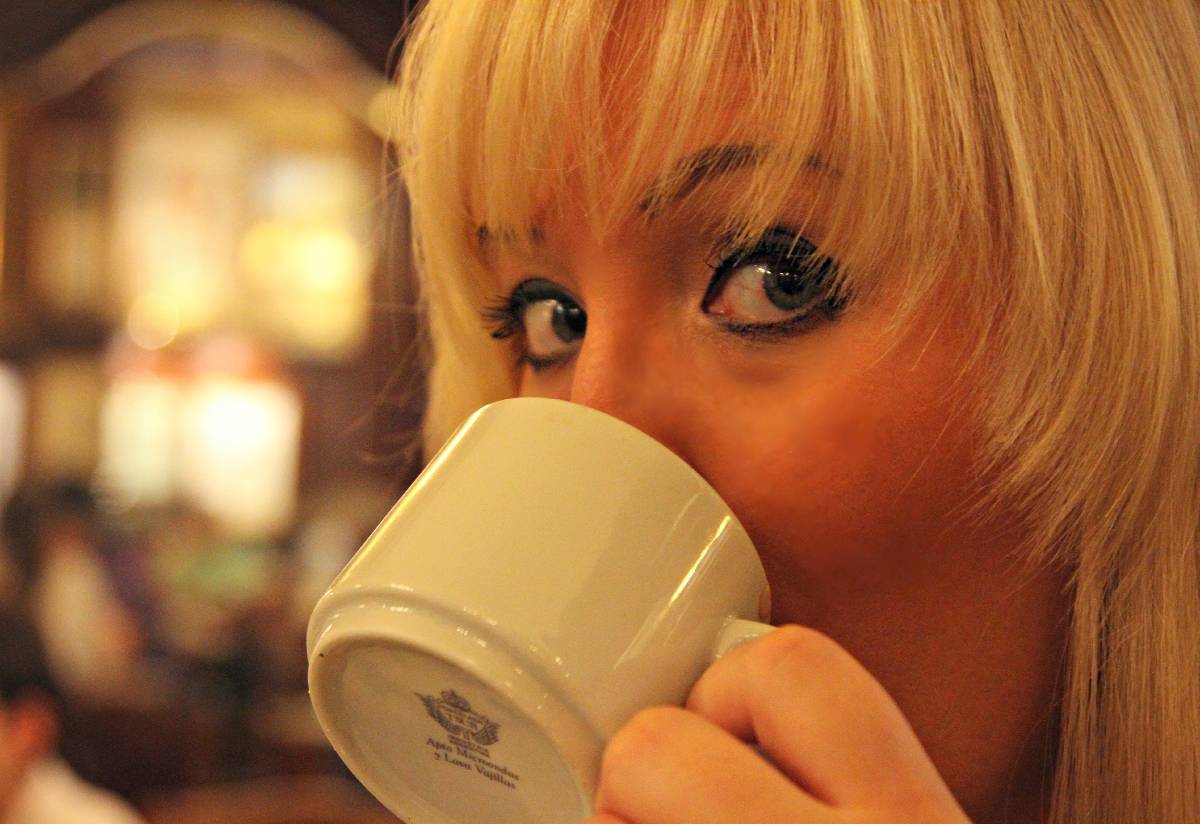 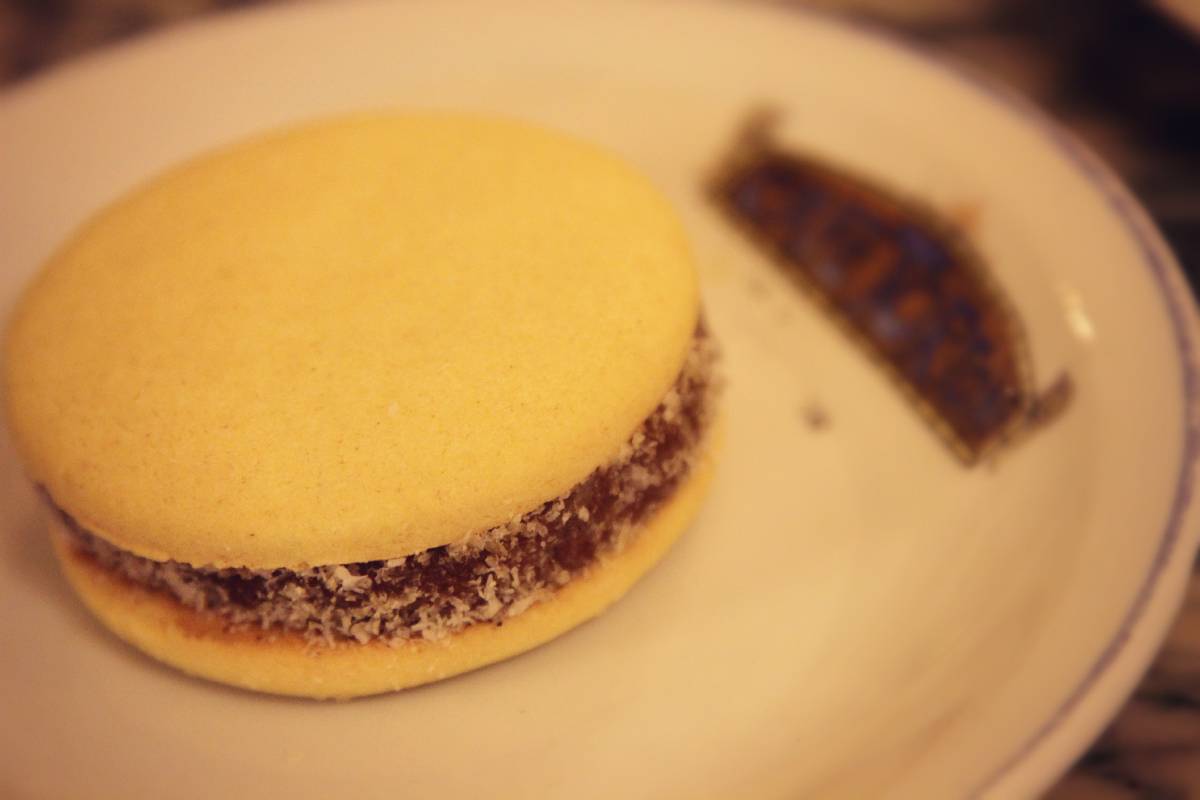 What I love the most about Café Tortoni is that you can experience the best of what Argentina has to offer all in one place.  We will definitely be returning on our next trip, hopefully this time we can get some churros!