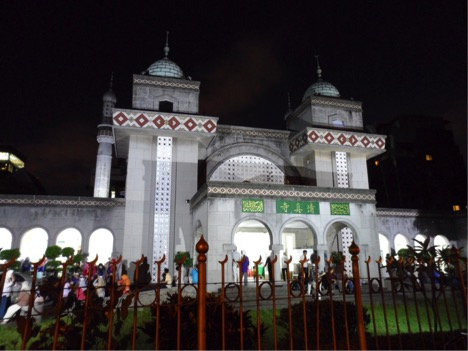 The Republic of China, or more commonly known as Taiwan, is a sovereign state in East Asia. Located on a very strategic small island, Taiwan was often visited by a lot of people from around the world, resulting in a very rich and diverse culture that is a hybrid blend of various sources. You can see an amazing mix of Chinese, Japanese, traditional Confucian, and Western values in Taiwan. Just like most places around the world, religion is also somewhat influenced by the culture in which it resides. If you would like to visit Taiwan, one of the interesting things to see is their religious sites. Here are some recommendations for you to see:

The Taiwan Confucian Temple is a Confucian temple located on Namen Road in Tainan, directly on the right side of the National Academy. Completed in 1665, Taiwan Confucian Temple is one of the oldest temples in Taiwan, featuring Chinese architecture and heritage. There are ancient Confucian ceremonies conducted there regularly, which you could witness complete with its ritual implements and musical instruments. The ceremony is something amazing to see and if you do not know much about the Confucian religion, here is a great place to learn.

The Fo Guang San Buddha Memorial Center is a huge Mahayana Buddhist temple featuring a grand Buddha image and houses one of the tooth relics of Gautama Buddha. It is also an educational and cultural place, making the Buddha Memorial Center a great place to learn about Mahayana Buddhism. It is located in Taiwan’s Kaohsiung City, Dashu District if you wish to see the grandeur of a Buddhist temple or pay respect to Buddha’s tooth relic.

The Luce Memorial Chapel is a Christian chapel located on the Campus of Tunghai University in Taichung. The building was finished in 1963 and has a very unique architectural design. The base is hexagonal with a tent-like cone wrapping it, rising four warped leaves up to 19.2 meters high. It is one of those unique buildings you just have to see and even experience a mass if you are of Christian faith. The overall energy of of Luce Memorial Chapel is serene and it will be a one-of-a-kind experience for you.

These are some of the interesting places of religion to see in Taiwan. Are you interested to visit and see them for yourself? If you do, you could start planning your vacation right now. Begin by reserving your hotel room and booking your flights. It is really easy to do now with online booking sites like Traveloka. For example, you could directly see how there are several flights from Jakarta to Taipei, with different times and airlines. If you would like one from Garuda Indonesia, you could directly do an online booking right there. Easy, huh? Thus, do not wait any longer, book your vacation now!

One thought on “Four Religious Spots To Visit In Taiwan”