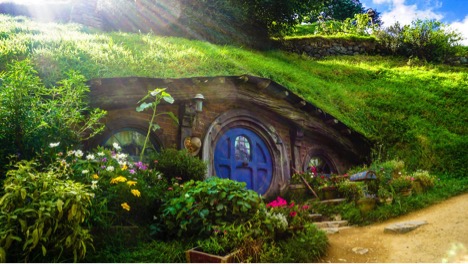 When traveling to a foreign country it can be stressful trying to figure out all the places you want to go in such a limited amount of time. You face the dilemma of not wanting to waste your precious vacation time, but you also do not know the best sights to see!

Well, when it comes to New Zealand, your answers are right here. New Zealanders are commonly referred to as Kiwis, which is also the name of a unique type of bird native to the country. If you want to have the best time in NZ, your best bet is to do as the locals do and live like a true Kiwi — roaming nature, taking advantage of every adventure, and taking in all that this beautiful country has to offer. And if you are considering moving to New Zealand permanently, then you should learn more about the cost of living in NZ.

Here are five experiences you have to have in order to become a “Cultured Kiwi”:

If you love hiking or chasing stunning views this trail is recommended for you. This route, passing over the active volcano Mount Tongariro, is listed as one of the best day walks in New Zealand. As you hike approximately twelve miles, you will see everything from crater lakes and glacial valleys to ancient lava flows. These hikes start early in the morning and require some preparation. Make sure to wear sturdy boots, bring layers, and have enough water and food to last you a couple hours.

The Waitomo Glowworm Caves is a two-million-year-old cave system. These caves are home to a very rare kind of worm called Arachnocampa luminosa. Even though similar types are found in Australia, these specific worms are only found in New Zealand. They provide an extremely rare sight by giving off a blue bioluminescence that sparkle on the interior walls. The system, located in a small village called Waitomo, is relatively small but makes a huge impact on many tourists. Having over two thousand visitors a day in the summer, it is clear this is an unforgettable experience.

Yes, it is exactly what it sounds like. Hobbiton is the village built for the set of the movie Lord of the Rings. After they were done filming the trilogy, the film crew decided not to tear down the set and to leave it open for tourism.

Two hour long guided tours are now offered and over five hundred thousand people have taken one. The set takes up a whopping fourteen acres and is located on a family farm in Waikato, New Zealand. The amazing artistry of the set combined with the beautiful lush grassland it sits on is something you would not want to miss.

Did you know that bungee jumping was created in New Zealand? Though it had been done before (illegally), the first permanent commercial site was on the Kawarau Gorge Suspension Bridge. Nearby in Nevis Valley now stands the highest bungee site in New Zealand. The perfect way to become an honorary New Zealander is to jump off the platform and plummet almost four hundred and thirty-nine feet towards a river. What a rush!

New Zealand is home to many incredible glaciers. Two of the best to see according to Kiwis are just a thirty-minute drive apart. The Fox and the Franz Josef Glaciers have broken history by being the only ones at that latitude to have moved so close to the ocean.

A spectacular sight — one side of the glacier backs up to a rainforest and the other to the snowy Alps — these are breath-taking historical landmarks dating back from the Ice Age. To get the full experience you can either walk to the faces of the glaciers or even take a helicopter ride to see the full expanse from above.

New Zealand is a country overflowing with magnificent environments and attractions. Traveling to these unique locations and enduring these experiences will leave you with a true understanding of the life of a Kiwi. With more than enough options for places to visit, it is guaranteed that you’ll have an unforgettable experience to treasure for a lifetime.