The misconceptions circulating about the difficulties and dangers of mountain climbing can easily be dispelled. Mountaineering is not just about carrying ropes, ice axes, mechanical jammers, and crampons. You don’t have to climb the world’s tallest mountain, Himalayas, the Andes, or the Antarctic mountains! Throw out the old-fashioned notions about the dangers of mountaineering out the window. Instead, explore these 7 of the world’s easiest mountains to climb. 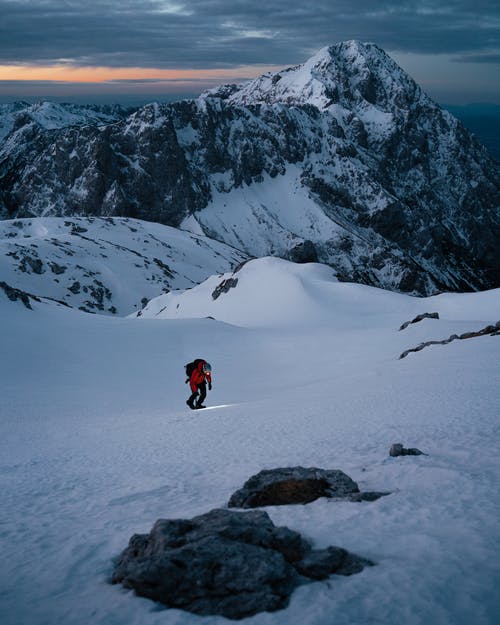 It is said that Mount Fuji in Japan is the most climbed mountain in the world. With these 3,776 meters above sea level, it is the highest peak in Japan. It is located on Honshu Island, 100 kilometers south of Tokyo. The official climbing period is July-August. The view is spectacular and the sunrises and sunsets are particularly impressive.

This perfectly symmetrical volcanic cone, immortalized by Hokusai, dominates the region of the 5 Lakes from the top of its 3776m. Emblem of Japan with strong religious symbolism, it was listed as a Unesco World Heritage Site in 2013, under the title of “sacred site and source of artistic inspiration”.

Its ascent is rather easy, despite the trying side of long horizontal crossings, typical of many volcanoes. However, it requires good physical condition; some steep and rocky passages should not be neglected.

The ideal is to start with a trek in the superb Japanese Alps, allowing you to acclimatize at best to the altitude, to climb this mythical summit in the best conditions.

This flat mountain, 1,086 meters above sea level, overlooks Cape Town. There are said to be over 300 hiking trails to the top, from where you can take in the views. The easiest climb is via the back of the mountain by the trail named Jeep Track. To give you extra motivation, there is a bar at the top of the mountain! Prices are not cheap, so don’t waste your wallet along the way.

Overlooking Yosemite Valley is the Half-Dome, one of the most amazing rock formations in the world. The hiking trail begins in the Happy Isles Valley. At 2,693 meters above sea level, the views of Yosemite are breathtaking. You will find steel cables to lend a hand along the last portion of the ascent on the northeast side.

Most of these 55 Colorado peaks aren’t too strenuous for a beginner. They all have an elevation of over 4000 meters and some are excellent for learning the basics of mountaineering and hiking. Stay on the climbing trails and avoid places like Longs Peak and Capitol Peak which require special equipment and are only for experienced climbers.

If Moses came down from these mountains carrying the Tables of the Law, this mountain should be a snap to climb. The 2,285-meter ascent begins at the Monastery of Saint Catherine. Take the camel trail or the 3,750 ‘steps of penitence’. It takes around 2 hours to reach the top via the trail, but the views of the mountains and deep valleys are spectacular and well worth the climb.

Located at an altitude of 2,917 meters, Mount Olympus is the highest peak in Greece and home to the mythical Olympian Gods. Start the ascent in the small village of Prionia. It will take you almost two full days to reach Mytikas, the highest peak, and back down. Be sure to sign the visitor log.

It may sound scary to you, but Kilimanjaro is made up of different peaks. The lowest dormant volcano, Shira, rises to an altitude of 3,962 meters. The hikes to the summit are divided into 6 routes. The easiest is the Marangu route.

Here are three more notable mountains that you can climb easily.

The highest peak in the British Isles is not that high… Ben Nevis rises to 1344 meters above sea level and hikers and climbers flock there to follow the mountain path. For something a little more taxing, explore Carn Mor Dearg Peak and its exciting rocky ridge.

The twin peaks of Mount Elbrus are the highest point in Europe with their 5,642 meters above sea level. The mountain straddles the Russia-Georgia border and is far less intimidating to climb than it looks. There’s even a chairlift to get you started! Camp 11 is located upstream from the chairlift and the summit can be reached in 8 hours.

Culminating at 4,167 meters above sea level, Jbel Toubkal is the highest peak in North Africa. But its escalation is easy. 2 hours by car from Marrakech is the village of Imli, marking the start of the ascent. The hardest part is climbing the scree slopes, where you will feel like you are in quicksand

These mythical peaks are accessible to any very well trained walker but required for some a minimum of knowledge of mountaineering, relatively easy to acquire. They are classified in order of increasing difficulty (technicality, altitude, length of stages, etc.), and we recommend a minimum number of days to plan not only to optimize your chances of success but also to derive real pleasure from such conquests.