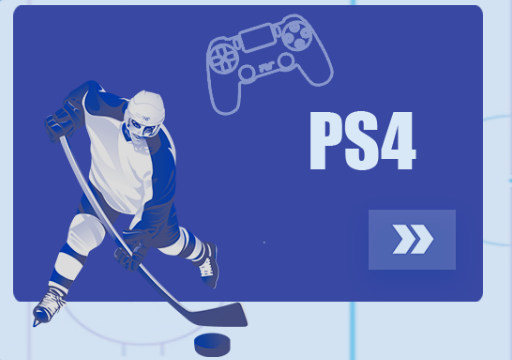 Gaming is a fun hobby for most gamers. They experience little or no problems as a result.

A small group of people play games a lot and do get into trouble because of this. Sometimes gaming has become a way of escaping problems and sometimes gaming itself causes problems. In any case, gaming will have to be included in tackling the problems.

But when is someone a fanatic (hobby) gamer and when is the gaming behavior problematic?

Gaming becomes a problem when people lose control of it. Someone then spends so much time on gaming that it gets him or her into trouble, for example at work or school, financially, or with relationships. There is no longer a good balance between gaming and other activities. Moreover, it is also not possible to reduce.

If someone experiences any (minor) problems due to gaming, we speak of problematic or risky gaming (hazardous gaming) and not of addiction. According to the ICD-11, this means that gaming puts someone at an increased risk of physical or mental problems. Someone can be at risk from:

A game disorder or ‘game addiction’

If someone experiences serious problems in connection with their gaming behavior, we speak of a game disorder or ‘game addiction (gaming disorder).

According to the ICD-11, gaming disorder is when, for more than 12 months, there are:

Psychiatry uses another diagnostic manual, the DSM-V. The diagnosis of game addiction does not (yet) exists here. But here too, Internet gaming disorder has been included as a condition that requires further research and practical experience since 2013.

Game Addiction – Is It Real?

We know that there are people who experience problems and play a lot. About 4 percent of young people meet the definition of ‘problematic gaming’. In 2015, 537 people in the Netherlands reported addiction care for treatment for problems with gaming. These people must receive appropriate assistance.

This idea has been added to the WHO in 2018 for two diagnoses of problems related to gaming: gaming hazardous (problematic gaming) and gaming disorder (game addiction). Making such a diagnosis has advantages. But it’s also important to be careful about sticking the game addiction label. There is a fear that introducing this diagnosis will lead to more stigmatization of gamers. That would rather aggravate the problem than fix it. With lighter problems, sticking this label can put the wrong emphasis and create even more tension. Besides, it is not always clear whether gaming behavior is a symptom of problems or a cause (or both).

How do you recognize problematic behavior?

If gaming does get out of hand, how do you recognize it and what can you do?

Based on the number of hours that someone games alone, it is not possible to determine whether gaming is problematic: the point is that there are problems with healthy functioning. The following points may be the first signs that you are having problems with gaming:

To date, little research has been conducted into proven effective methods for the treatment of game addiction. In day-to-day practice, game addiction is treated in a similar way to other addictions in addiction treatment facilities. Cognitive-behavioral therapy (CBT), possibly supplemented with medications such as SSRIs, mood stabilizers, and Nalmefene, has been shown to have the most promising positive effects. 4 CBT is about changing behavior and thinking. The focus is on strengthening the patient’s self-control, learning problem-solving skills, and gaining insight into the function of gaming (functional analysis).

Besides, a Dutch treatment protocol has been developed for the treatment of game addiction. This is also based on CBT supplemented with Community Reinforcement Approach (CRA). In CRA, the practitioner and the patient look for alternative activities that can replace gaming. Activities that are rewarding and take over the ‘function’ of gaming. Think of a new hobby or expanding social contacts in real life. There is also a lot of attention for the social environment of the patient, the system is included.

Besides, it is important to provide parenting support to the parents and to inform them about gaming. Parents can play a role in monitoring gaming behavior, setting boundaries, and encouraging alternative activities. 5 Click here for more tips for parents.

In the treatment of game addiction, it is important to pay attention to Co-morbidity 6 such as ADHD, autism, mood complaints, or other addictions. Co-morbidity is common, and it’s important to understand what role gaming plays in these other issues. For example, is gaming a cause or effect of depression?