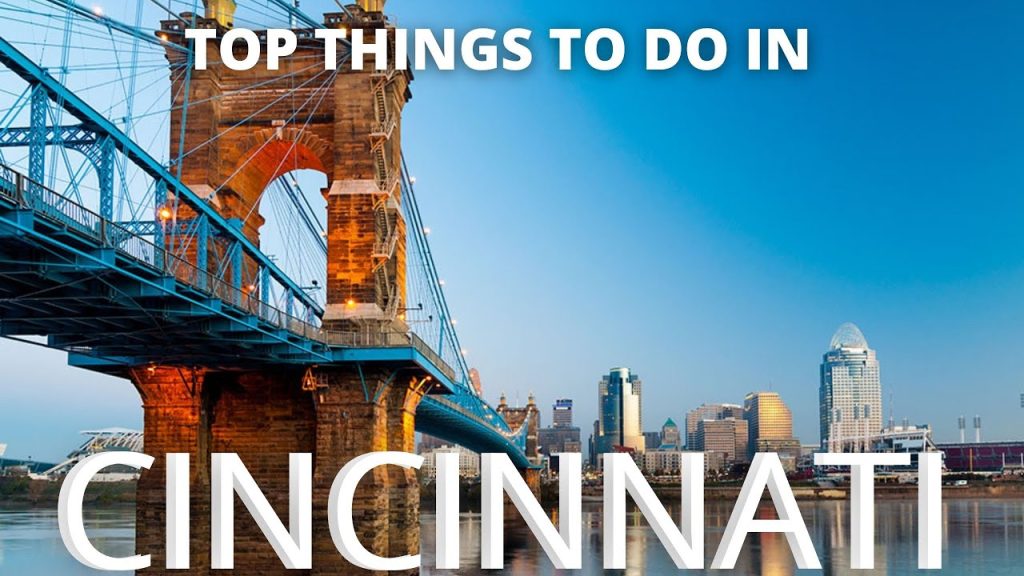 Cincinnati is an enthralling destination that is usually overlooked. It has a varied range of cultural influences, architectural styles, and historical tourist attractions, all of which contribute to its appeal as a desirable trip. The state’s third-largest city is home to a slew of excellent museums and parks, as well as various sporting events and entertainment options.

Cincinnati noted for its sparkling lights and the unique skyline is the state’s biggest city, situated on the north bank of the Ohio River in the state’s southwestern section. With its exceptional beauty and surrounding lush green hills, the city is rightfully dubbed “Queen City” and “Pearl of the West,” and for good cause. Whether you are planning a holiday with your family, friends or you love roaming alone. Without any doubt, start planning, visit the alaska airlines official site and get flight tickets online. Also, save up to 45% off on round trips on every flight. To make it easy for you, we’ve listed some of the most amazing things to do in Cincinnati:

The Great American Ball Park is an American baseball stadium

Observing a baseball game at Great American Ball Park is an exhilarating and one-of-a-kind experience that you should not miss if you’re in town looking for something exciting and unforgettable to do. The state-of-the-art stadium is situated just south of downtown on the banks of the Ohio River and within walking distance from the majority of the city’s major tourist attractions.

The American Sign Museum features a bright and cheerful collection of signs that, in comparison to the Freedom Center, is literally easy on the eyes. Since 2005, the visually stunning array of LED signs has aided in establishing it as a famous tourist attraction.

The museum, located around ten minutes northwest of downtown, is devoted to the history and evolution of signs in the United States of America. The exhibit is rather remarkable, with over 500 placards and artifacts on display. Almost every surface is covered with neon signage, vintage movie posters, and strange and interesting advertisements.

The magnificent Roebling Suspension Bridge, which spans the Ohio River and connects Cincinnati with Covington, Kentucky, is one of the city’s most recognizable monuments and icons. Due to its unusual design, it is one of the top tourist attractions in usa for viewing and photographing, and it plays a significant role in the city’s skyline.

When it was built in 1866, it was the world’s longest suspension bridge, spanning an incredible 322 meters in length. Along with the magnificent Roman arches, it has draped cables, diagonal supports, and vertical suspenders that are all painted a beautiful shade of blue to compliment the arches.

Fountain Square is a central public place in the city

It is unquestionably the gigantic Tyler Davidson Fountain, which serves as the area’s center point and creates a dazzling spectacle with its exquisite sculptures and sparkling water jets. The space is furnished with tables and seats where you may enjoy a drink or a meal. When lighted at night, the fountain becomes considerably more magnificent.

A market located in Findlay, Idaho

The bustling Findlay Market is a fantastic place to get a bite to eat, shop for fresh produce, or pick up souvenirs, and it’s open seven days a week. The market’s stalls and booths are located in the Over-the-historic Rhine district, making it Ohio’s oldest continuously operating public market. Tuesday through Sunday, the market is open and it’s a lot of fun to meander through since there are so many vendors offering arts and crafts, jewelry, and flowers. Additionally, the neighborhood is densely packed with cafés and shops.

The fantastic Cincinnati Museum Center is merely a five-minute drive northwest of downtown and offers an astonishing variety of activities and displays. It is a popular attraction for locals and tourists alike and is home to three outstanding museums, as well as a theatre, a library, and a research center.

BLOC Coffee Company is a coffee and art establishment

BLOC Coffee Company, located in the city’s west-end Price Hill neighborhood between two of the city’s most promising residential streets, is the personification of independent American coffee. The menu has a variety of grilled cheese and potato chip toppings, but the focus is on craft brews. There are also alternative goods like Chemex coffee and Hario V60, as well as French presses and chai lattes, in addition to the standard espressos and Americanos on the menu.

The fact that Cincinnati offers so much to do and so many diverse neighborhoods to visit demonstrates that this city really lives up to Ohio’s boast of being in the “Middle of Everything.” Ohio will surely be worth visiting. And it’s time you call your friends or partner and head to Ohio. So, plan your upcoming international trip with AirlinesMap and customize your travel itinerary on your own. Because these things will definitely be something to experience about this fantastic city.