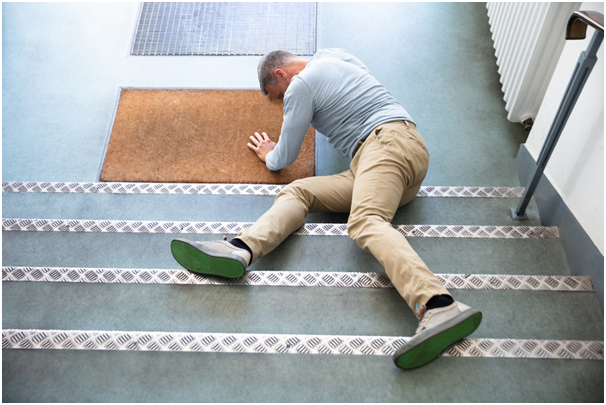 Slip and fall accidents are incredibly common incidents that occur in various types of premises. There are over 1 million slip and fall cases that occur every year. However, it can be difficult to prove that someone else was liable for you slipping, falling, and injuring yourself. An excellent slip and fall lawyer can help you take action and begin proving your case.

Ask a Houston Slip and Fall Injury Lawyer: 5 Ways to Prove Your Case

Did you slip and fall on a wet floor in a retail establishment or something similar? Then it should be very easy for CCTV footage to prove that a dangerous condition existed with no warning. For example, a staff member forgetting to put out a wet floor sign after washing the floor could be the cause of your incident.

The cameras will show that the floors were cleaned but no sign was put out. They can also provide evidence such as:

2. Return to the Scene of the Incident

If the injury was caused by inconveniently placed pipes on the floor, potholes on someone’s land, or some other permanent fixture, then you can return to the scene of your accident and take pictures and videos proving the environment is dangerous. It’s especially dangerous if there are no signs up to warn people of potential hazards.

Your Houston slip and fall lawyer will also most likely want to visit the scene of the accident to gather evidence for themselves. They’ll also likely want to talk to the property owner to see if they knew about the existence of these unsafe conditions.

3. Prove the Liable Party Was Negligent

Sometimes the party who’s liable for your accident won’t have known about the condition. Maybe they didn’t know that a dog dug a huge hole in the garden, or perhaps they were unaware of ice or flooding on the property, and it led to your accident. This can happen in all kinds of establishments—for example, a retail establishment where there was a spill but no staff member noticed it and cleaned it up. Cases like these are sometimes a little harder to prove.

However, there are other times when the liable party was knowingly negligent. Perhaps you complained about an unsafe work environment and then later had a slip and fall accident because of it. You may have told a retail staff member about a leaky freezer and then fallen a week later because they didn’t fix it. If you can prove that you or someone else informed the liable party of the dangerous situation, then that can help build your case and prove their liability.

Did anyone see the accident that occurred? Ideally, you’ll have gotten their names and contact information at the time of the accident so they can give a statement now that you’re making a claim against the person liable for your injury.

If your accident occurred in the workplace or somewhere else where witnesses can easily be contacted at a later date, be sure to do so. Give your attorney their contact information, and inform your attorney of how likely various people will be to be helpful during your case.

Has this establishment been through several slip and fall claims in the past few years? If so, then it will be easier to prove that the same thing has happened to you as it’s clearly an ongoing issue caused by negligence. There will likely be a legal record to use as evidence in your case.

6. Show That You Are Injured

If you broke something, fractured something, or generally ended up with an injury that required medical treatment, then you’ve suffered in a way that can entitle you to compensation. Your attorney will contact an unbiased medical professional to give you a medical assessment to determine whether or not your injury was truly caused by your slip and fall accident. A statement from this person will be highly useful in proving you have a case.

It should be relatively easy to prove a slip and fall case if there’s footage or witnesses that could prove you were injured and someone else was liable. Your attorney has means of getting footage and contacting witnesses to help back up your case, so be sure to share as much detail about the incident as possible so they can take the steps required to help you.