I woke up with the biggest smile on face. Did last night really happen? I was not sure if today was going to be as exciting as yesterday, although I was more than ready to see what the day would entail.

One of the things I loved most about the Amazon was that one did not necessarily need to take any excursions. Just simply being there was an adventure in itself! I can honestly say that in one day the Amazon had changed me. It is a spiritual experience that seeps into your pours and infects your soul. Immersing oneself in nature gives you a direct experience of the incredible intelligence of the Universe. You witness the seamless flow of all the elements and forces of life. Plus, it is a chance to be silent and in that silence is an opportunity for inner-discovery, something a lot of travelers eschew for the more instant pleasures during their journeys (I would know, as I am definitely one of them). 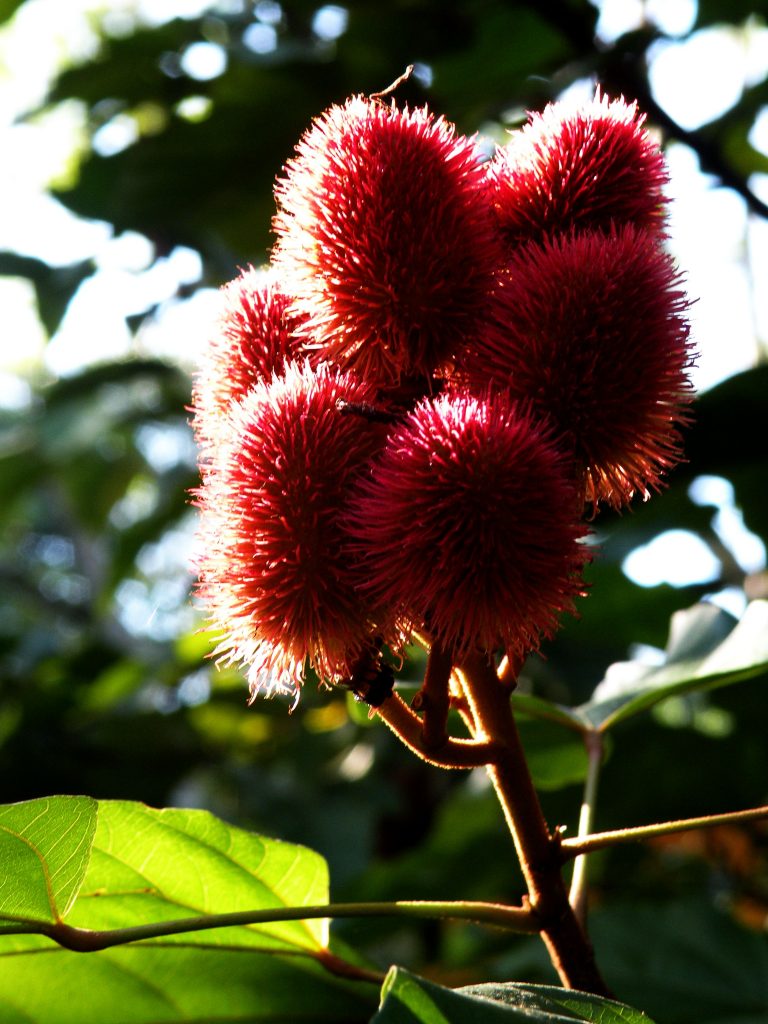 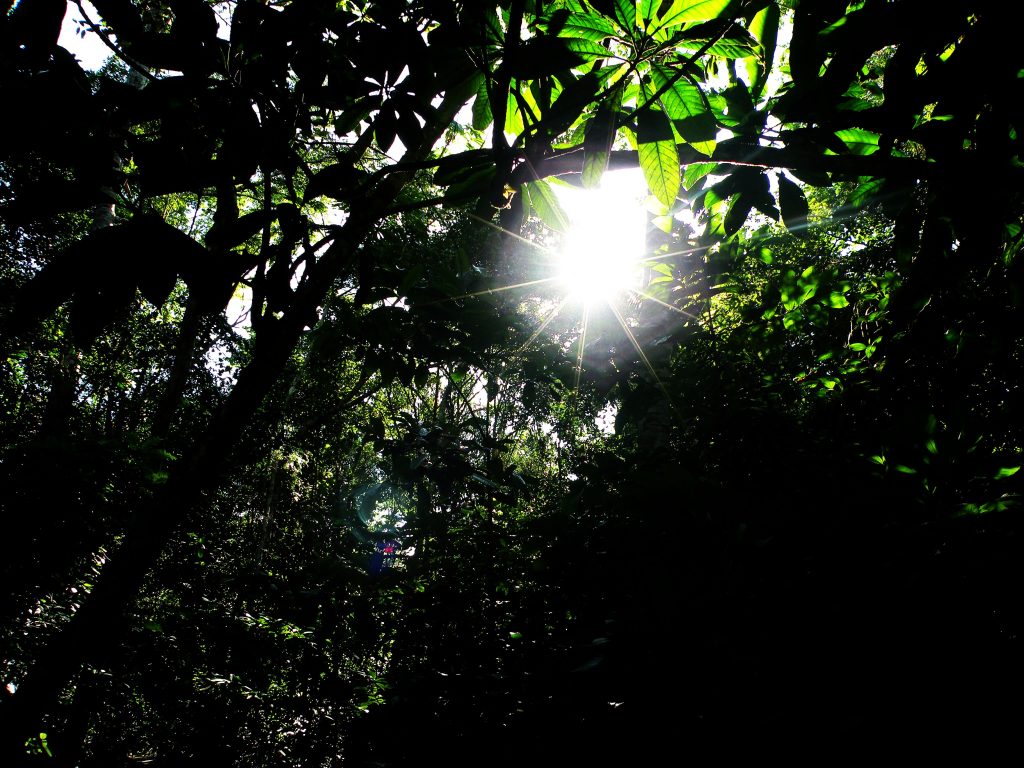 After breakfast, I boarded a boat that was to take me to various ports along the river, each promising something uniquely different. In total, we would spend about ten hours sailing. 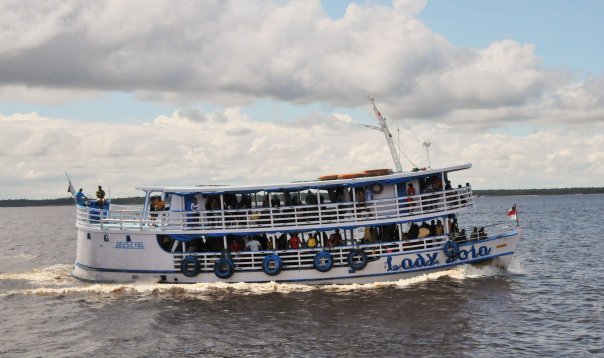 The changing scenery along the way was remarkable; it was almost like being in a moving museum! 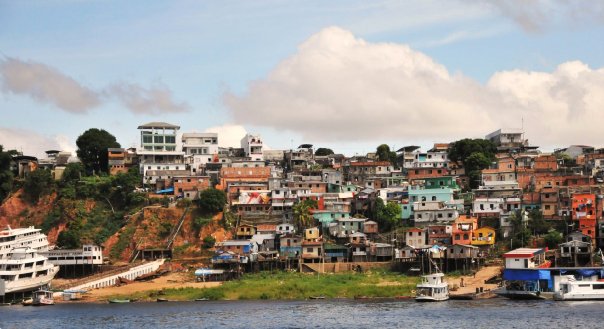 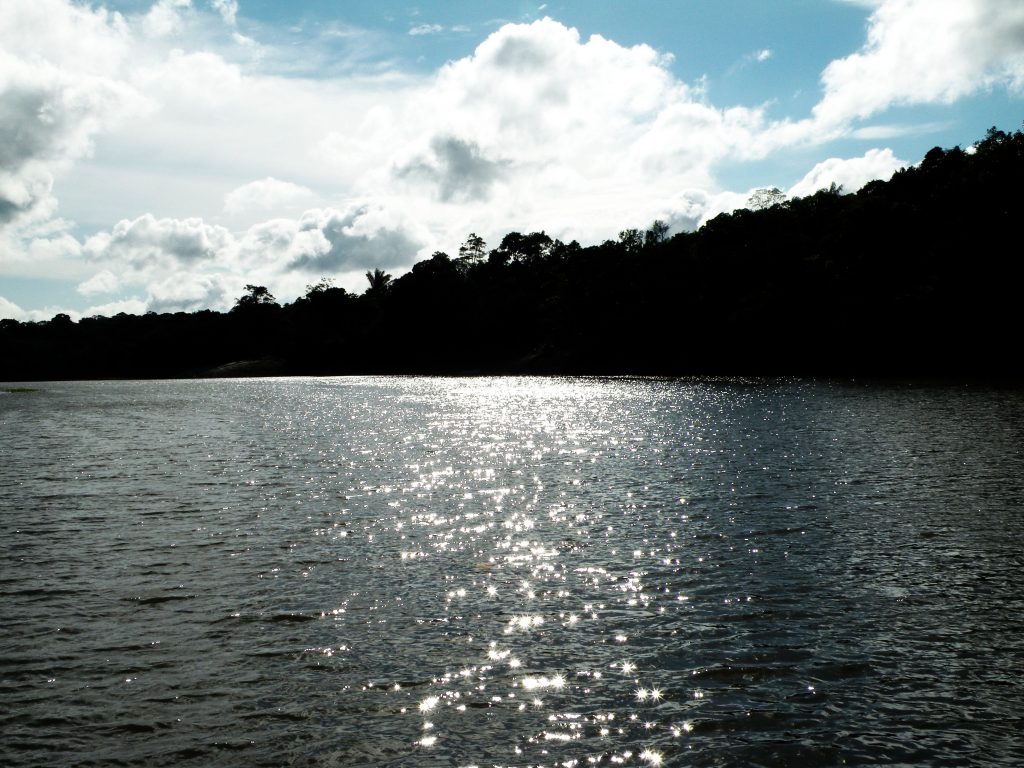 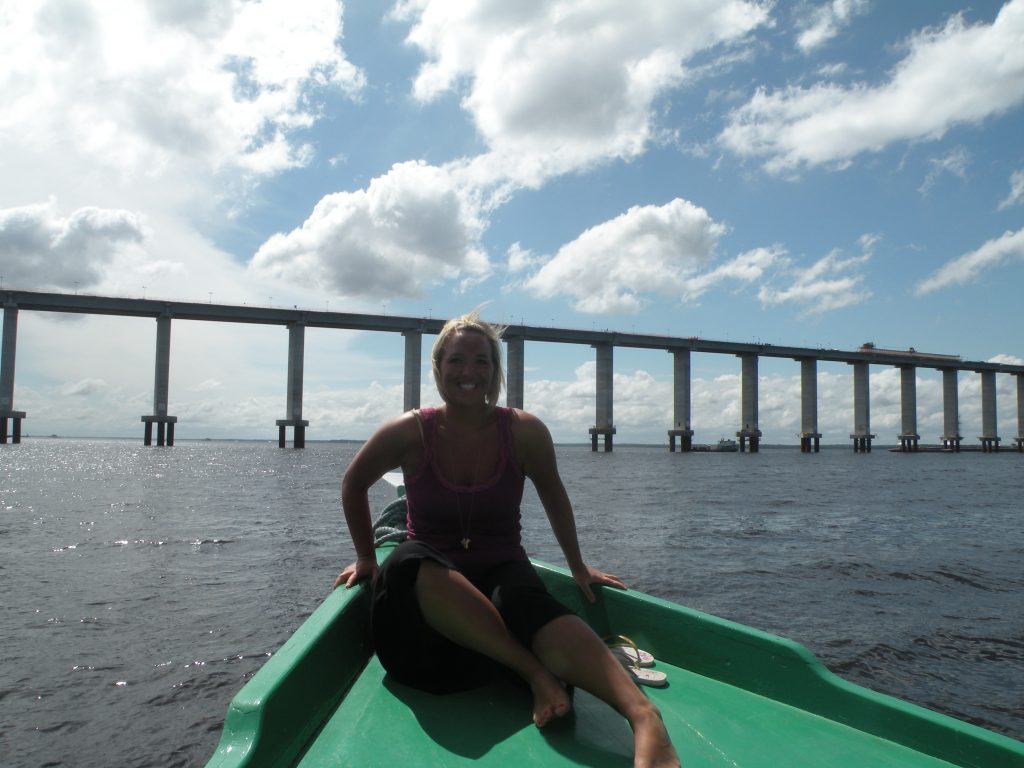 Our first stop was at a village near the “Meeting of Waters.” This amazing natural phenomenon is due to the convergence of the dark Negro River and the silty Amazon River. I was told there was a ten degree temperature difference between the waters and of course I had see if that was true (it is)! 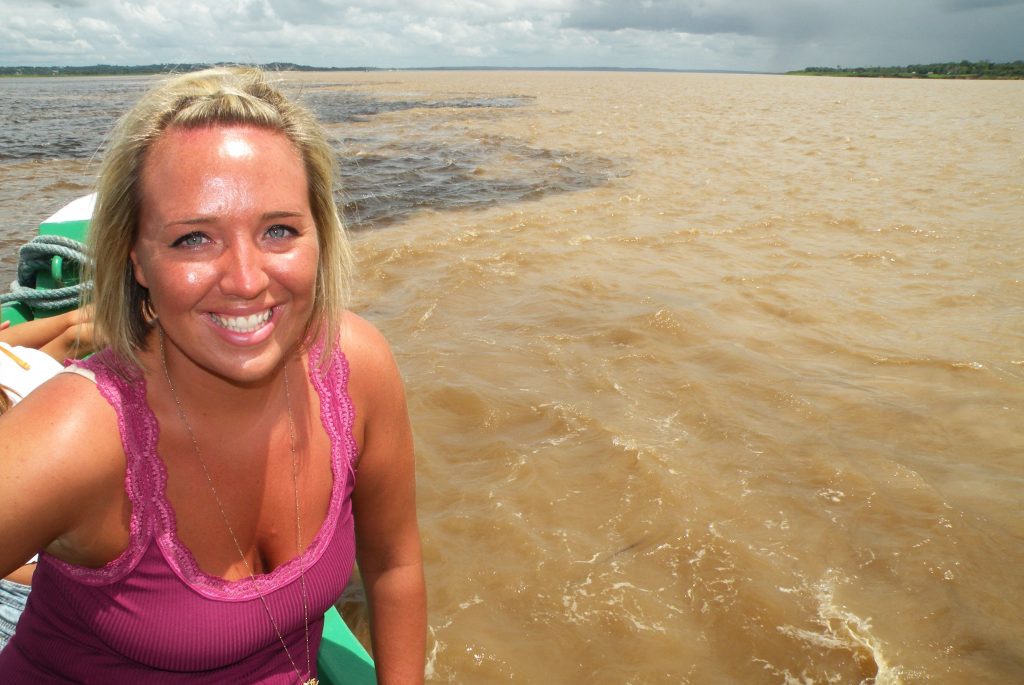 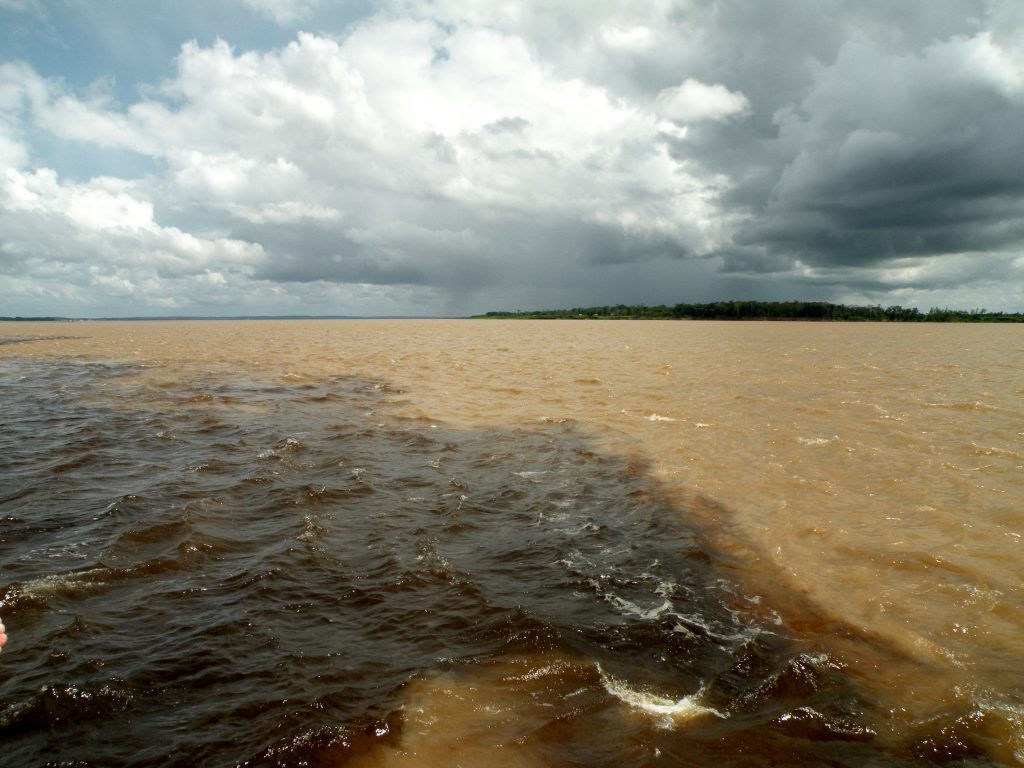 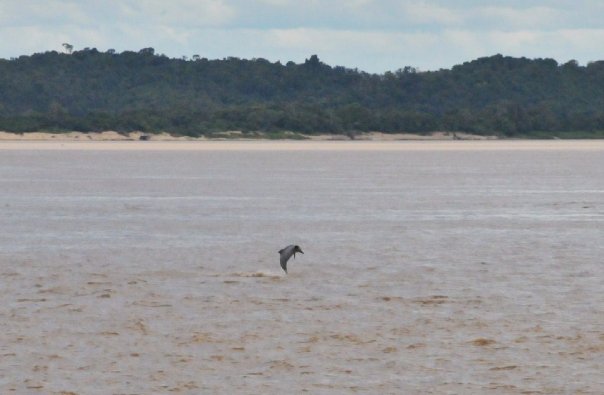 The village that we were touring was known for its large production of rubber. Since during the rainy season the river swells and floods the nearby villages, all of the homes had to built on stilts. 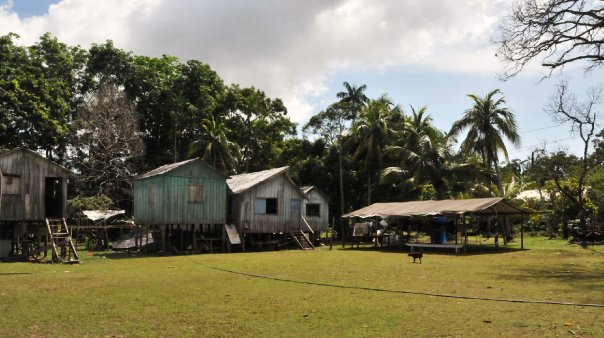 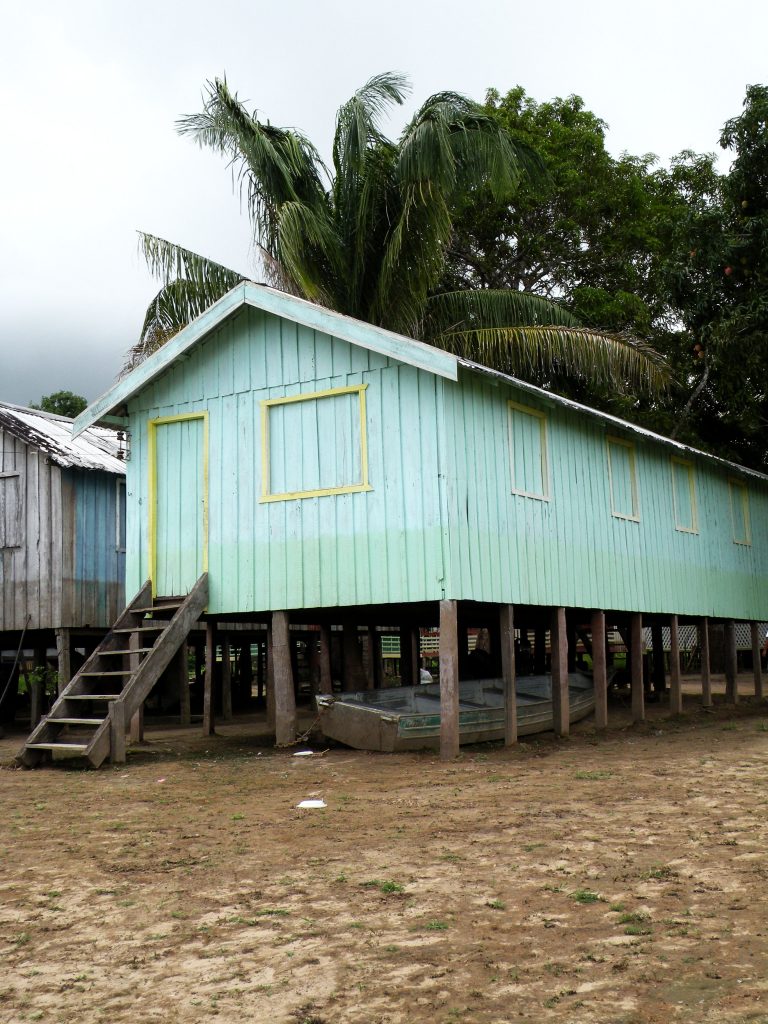 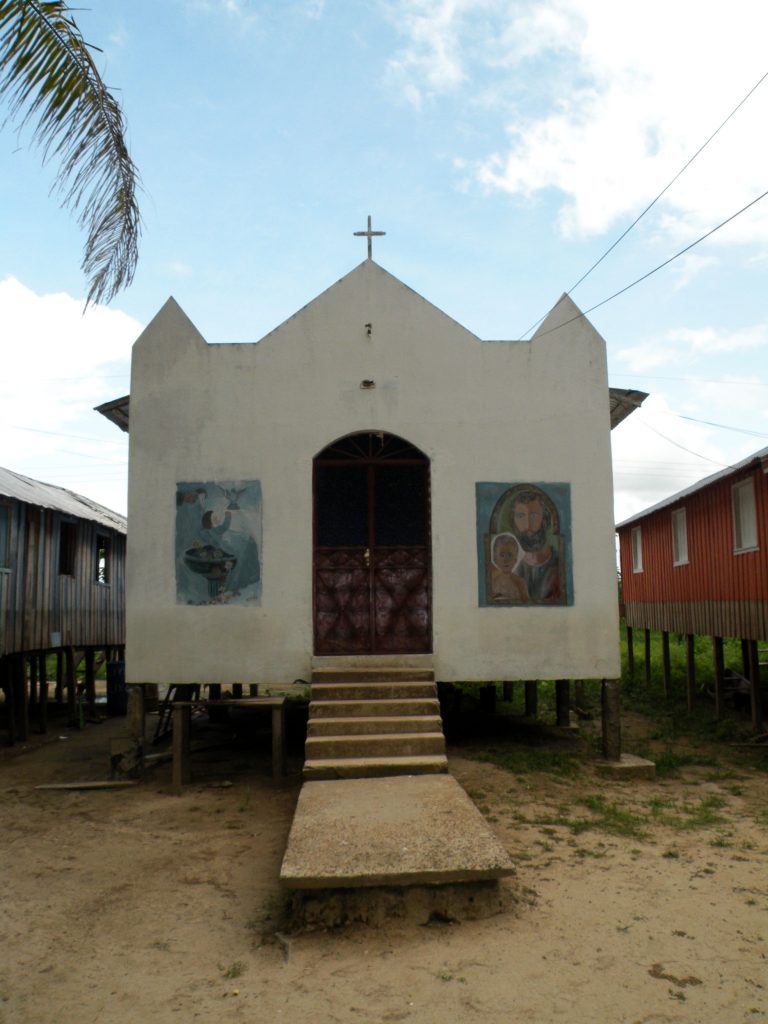 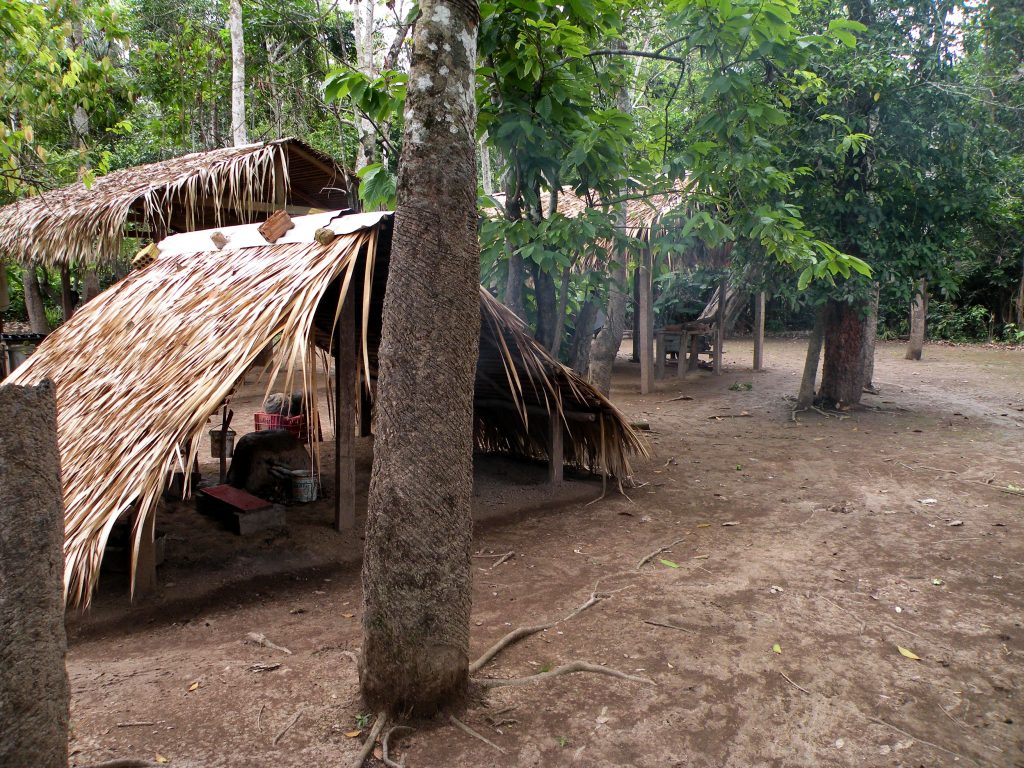 Learning about rubber production was fascinating, but my carefree spirit needed to do some exploring on my own. 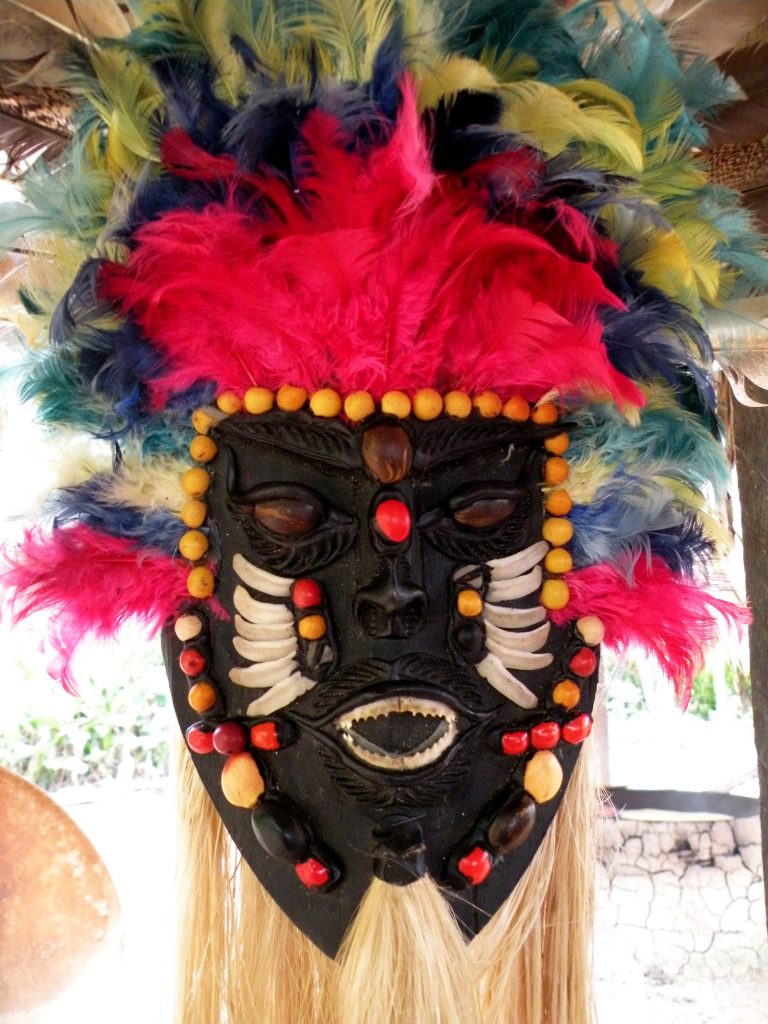 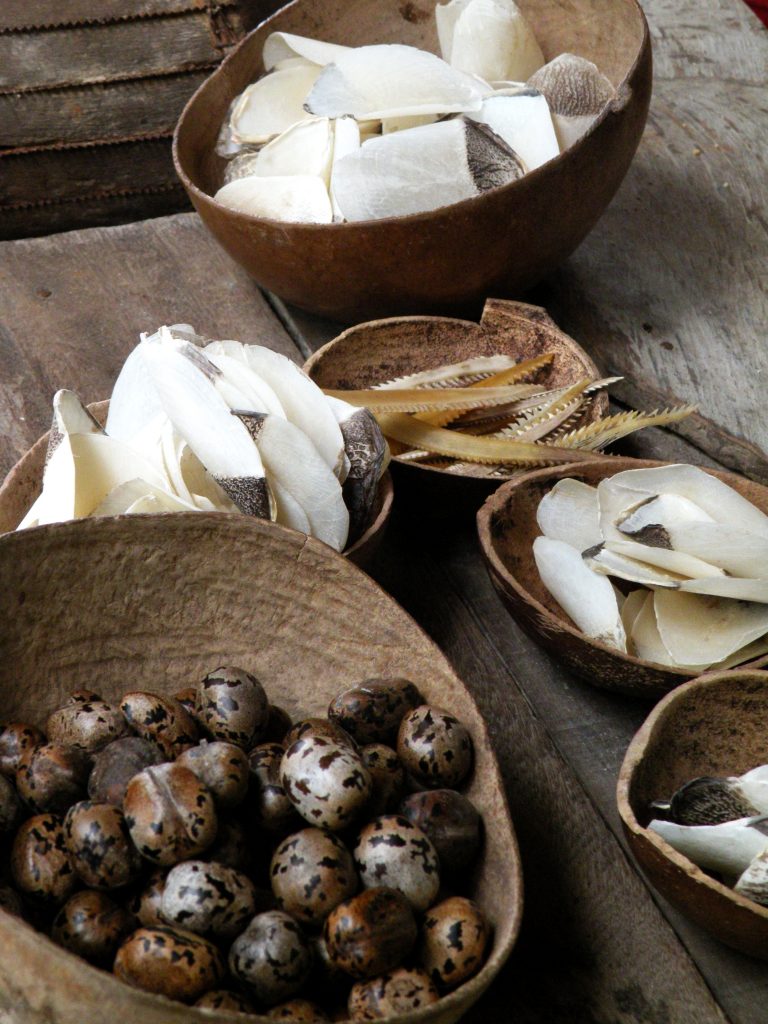 As I was wandering around, a rain shower began out of nowhere, so I had to run to one of the huts for protection. To me the sound of rain is even more beautiful when it is occurring in a rain forest.

The morning might have been on the more tranquil side, however the afternoon, well, if I had any doubts that this day would not be as exciting as they day before they were definitely erased. . .