Just as we were leaving the “magical creature port,” it suddenly began to rain. I was worried that our surprise last stop of the day would be canceled, however like most tropical rain showers it was over before it even really started. 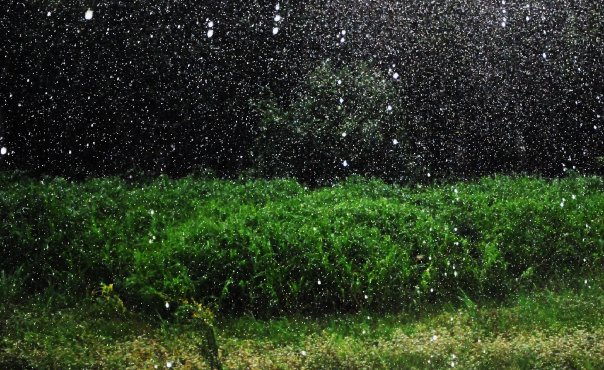 The next thing I knew we were on our way — to where I was not sure — but when you are in the Amazon the destination is really of little importance. 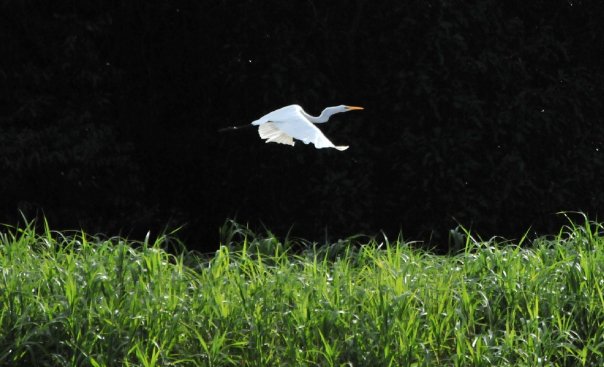 As we got closer to our stop, I saw countless boats with children and their pet sloths. They were so excited to show them off to us. If they only knew that in my head I was thinking how I could manage to steal one of them away from them! 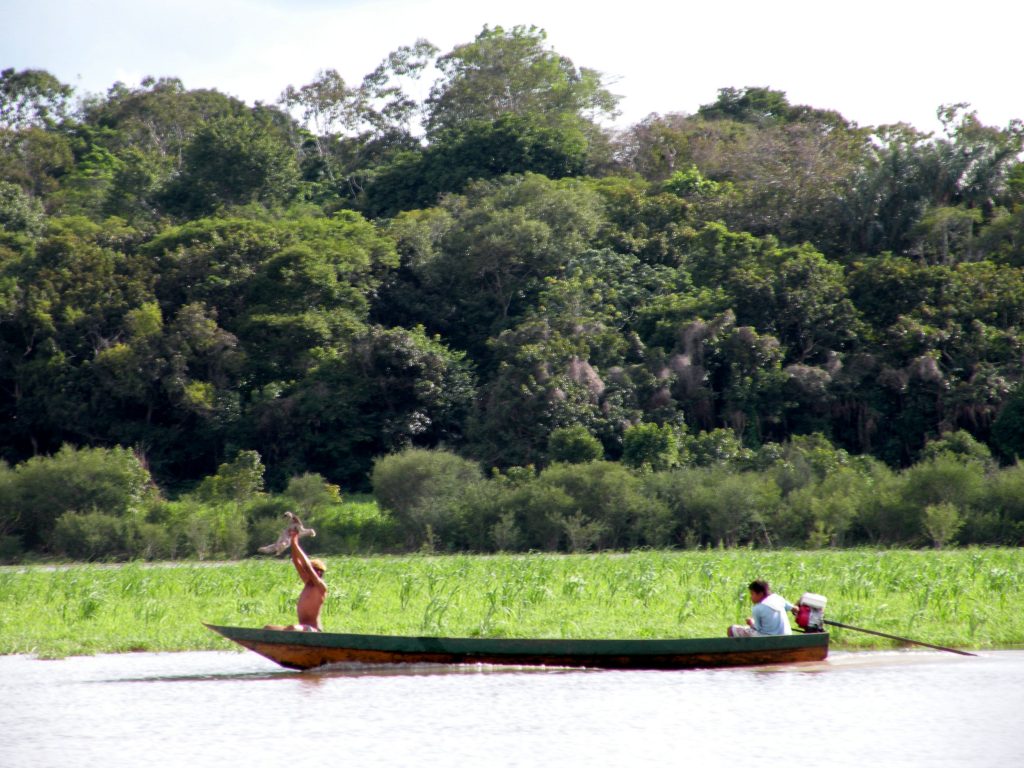 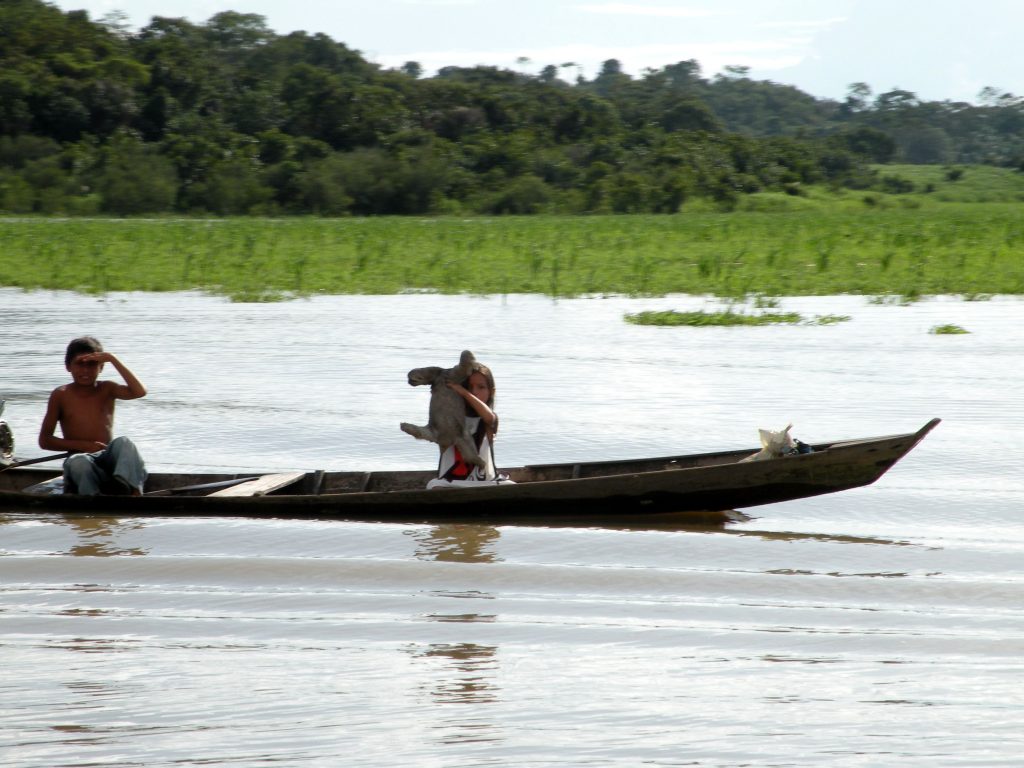 Once we arrived at our final stop, we were instructed to follow the footbridge until the very end, which is where our surprise would be. 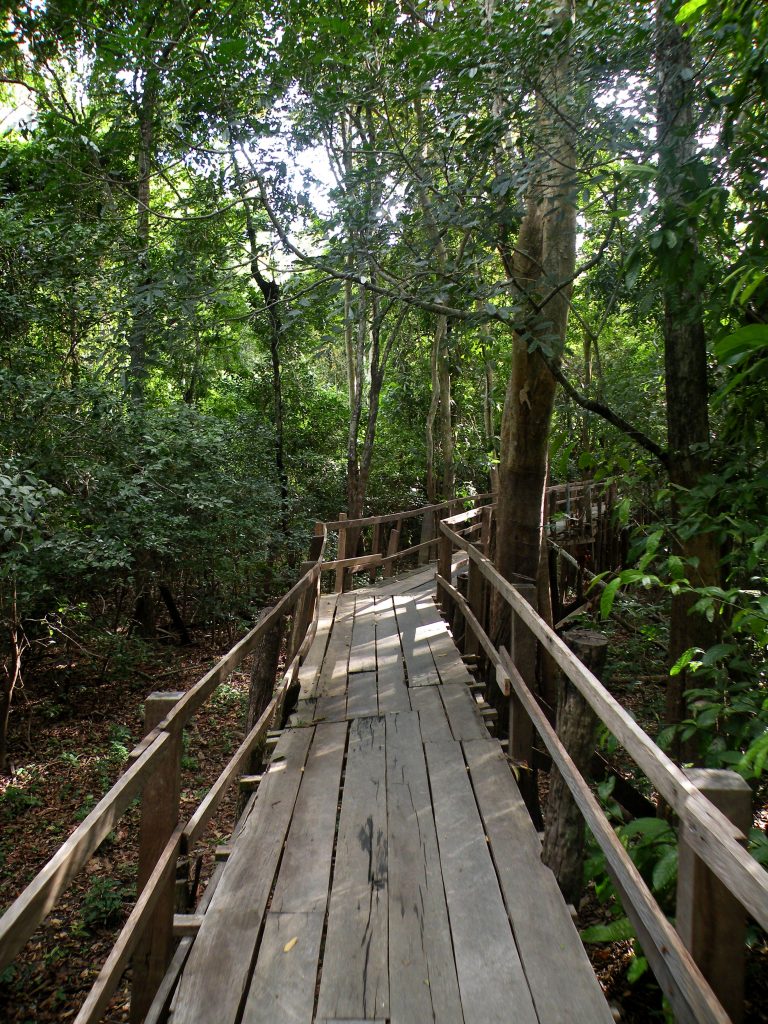 The first thing I saw when I got to the end was the river again and it was saturated with lily pads. What a gorgeous sight! 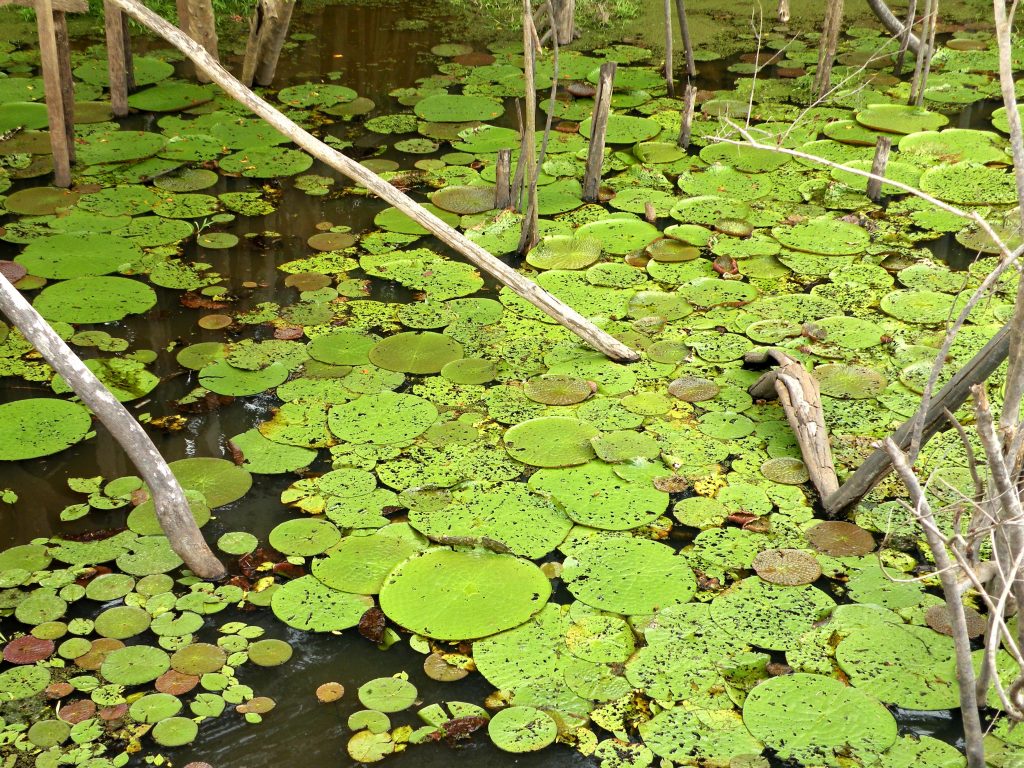 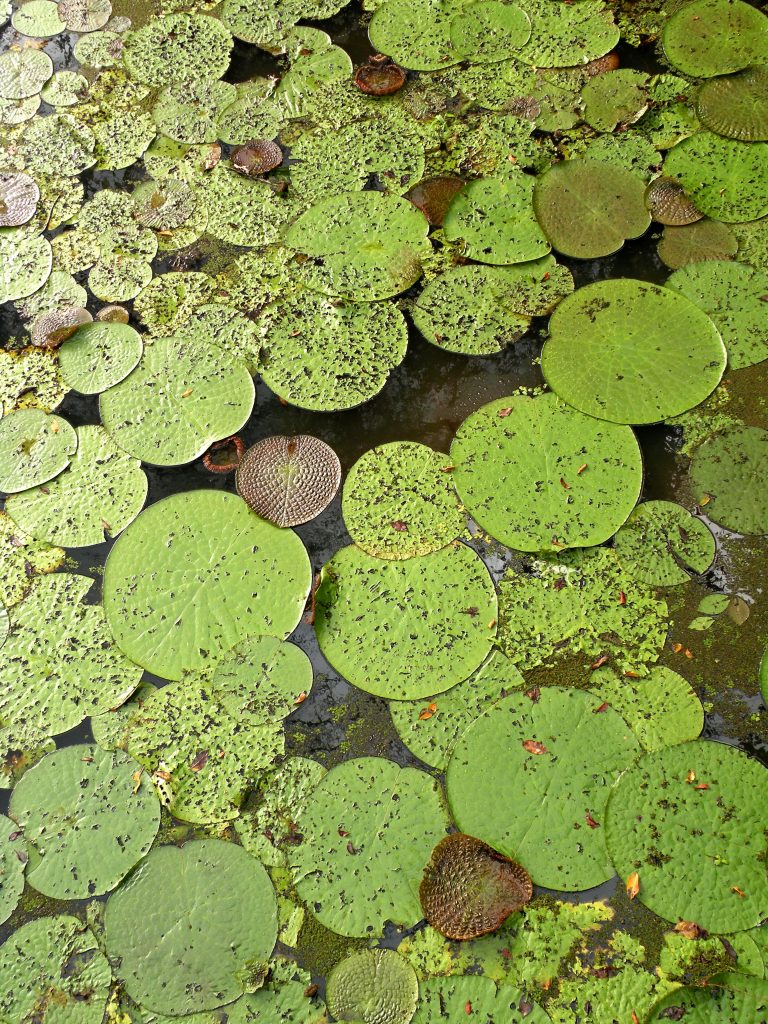 Our guide stood off to the side and I could tell he was watching us with a look of excitement in his eyes. But why was he watching us? While I was taking photos of the lily pads I noticed something in the water move and as I stared more intently a creature began to take shape. 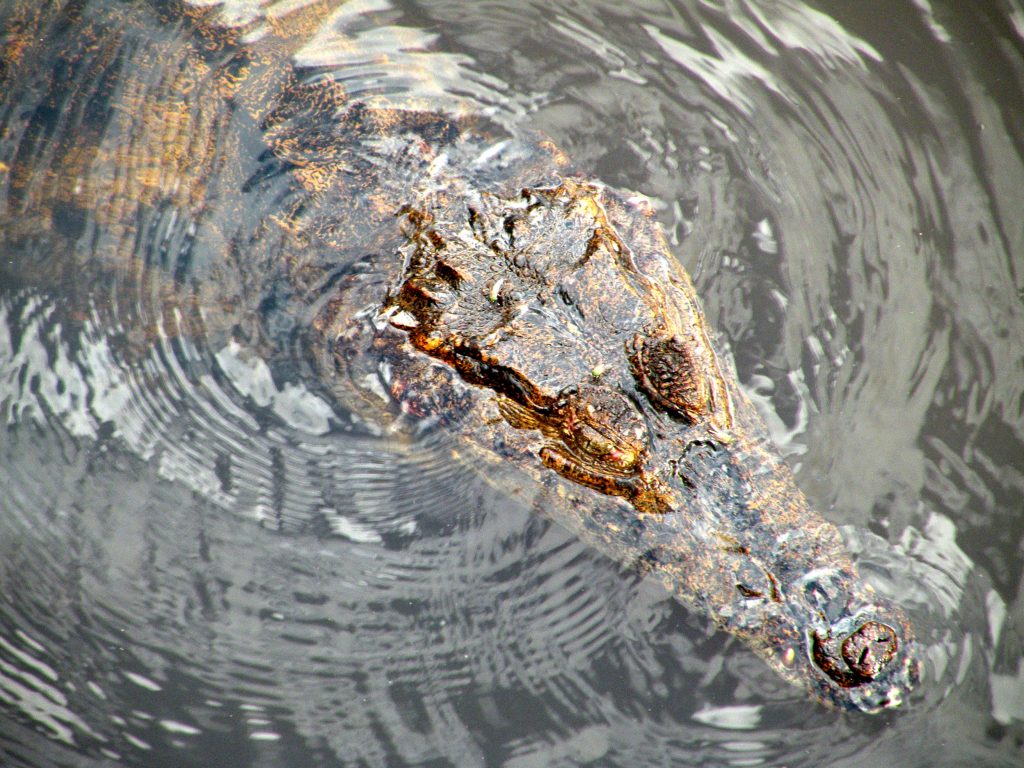 Apparently, the part of the river we were visiting was home to hundreds of crocodiles. Not just any crocodiles though, ones that weighed hundreds and hundreds of pounds. 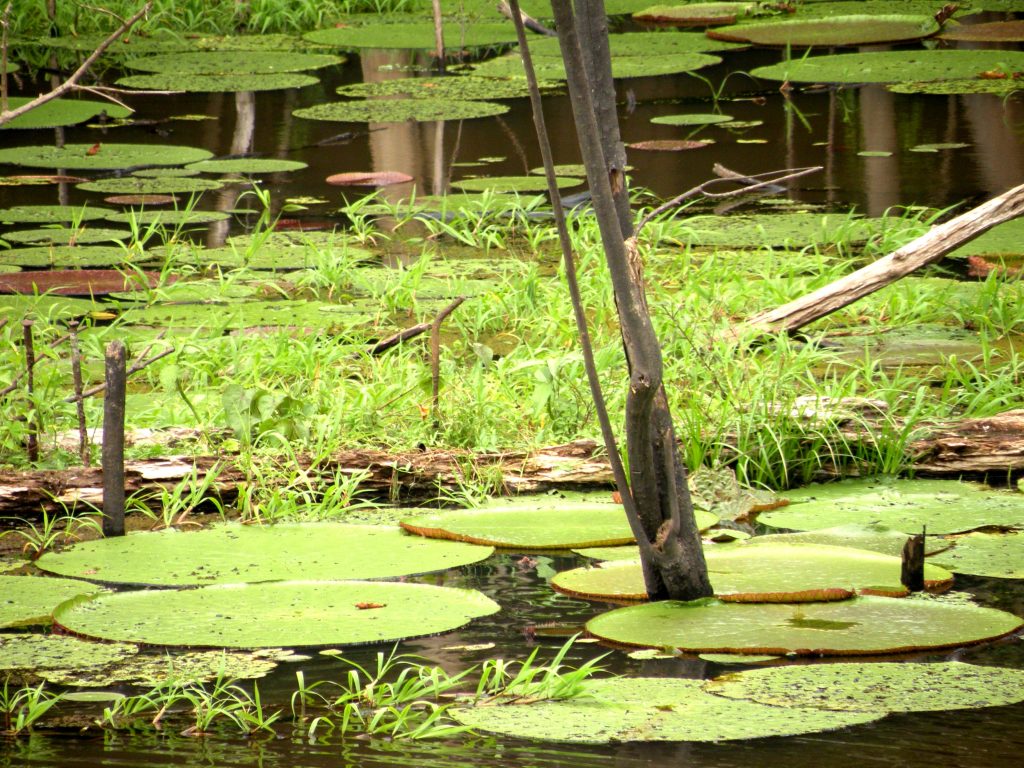 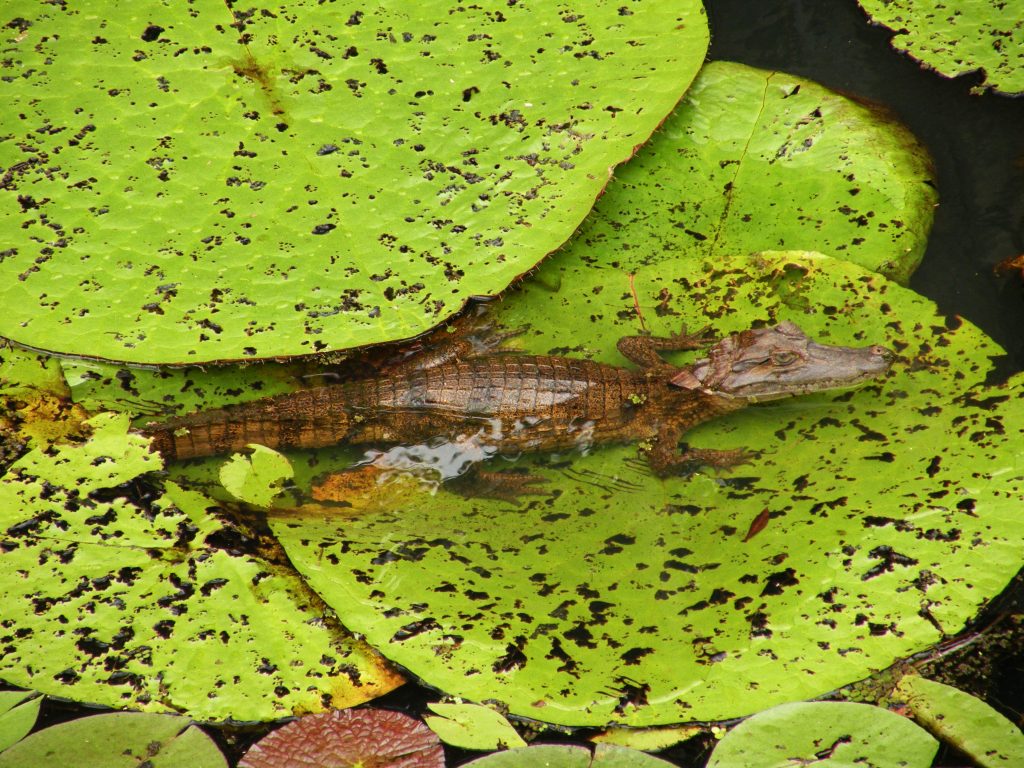 It began to rain again and for some reason this stirred a lot of the crocodiles to come onto dry land. They really were fascinating creatures to watch (do not worry, I did not put one around my neck)! 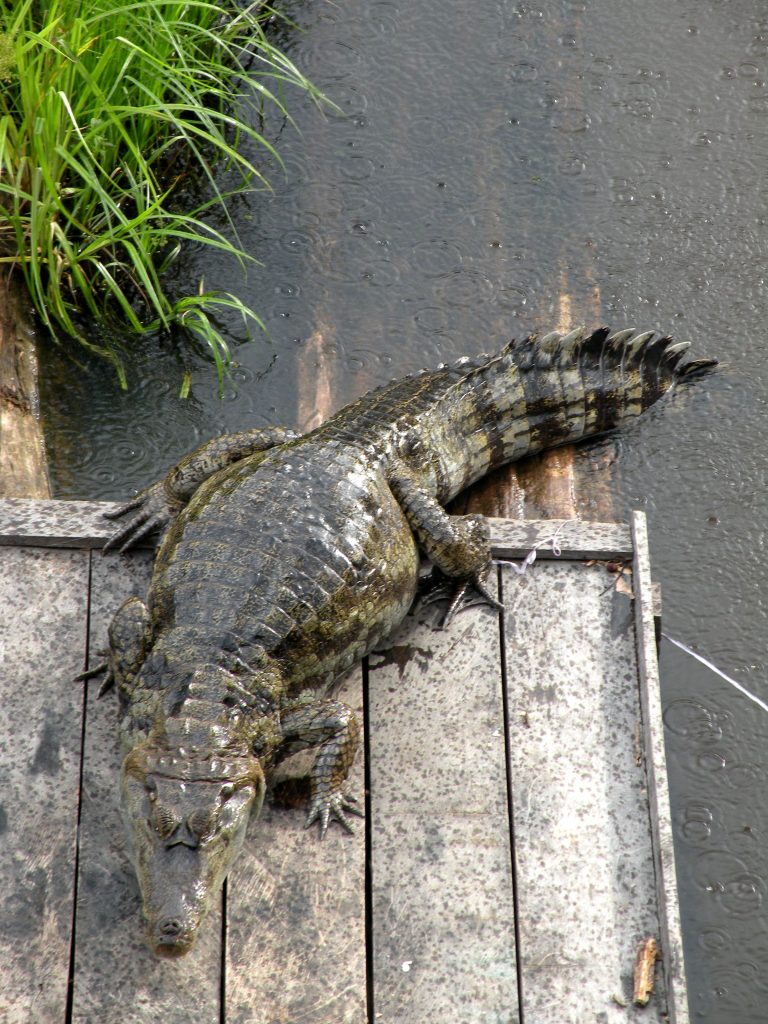 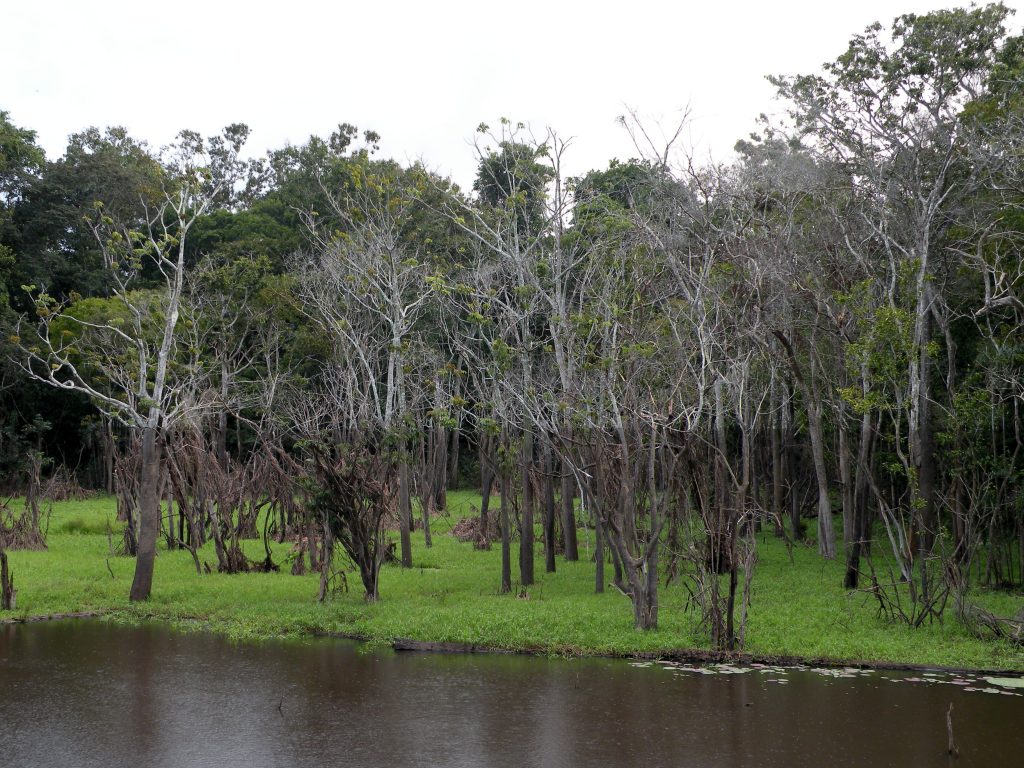 And this concluded the grand tour! However, I still had a private night tour with Alberto to look forward to. . .