I am beyond fortunate to have witnessed incredible beauty both natural and human-made around the world and I am proud to say that I have yet to become jaded in the slightest bit.  As my eyes first laid sight upon the beloved white palace, they immediately teared up with excitement, awe, and gratitude.

The Taj Mahal is without a doubt stunning, but it is so much more than that; it is the ultimate memorial to love, it is one of the Seven Wonders of the World that has inspired travelers to cross continents to visit, and it is an architectural gem.  In the 17th Century, the ruler Shahjahan decided to build a memorial to his Queen in honor of his love for her.  He wanted the world to never forget her, and well, he certainly succeeded. 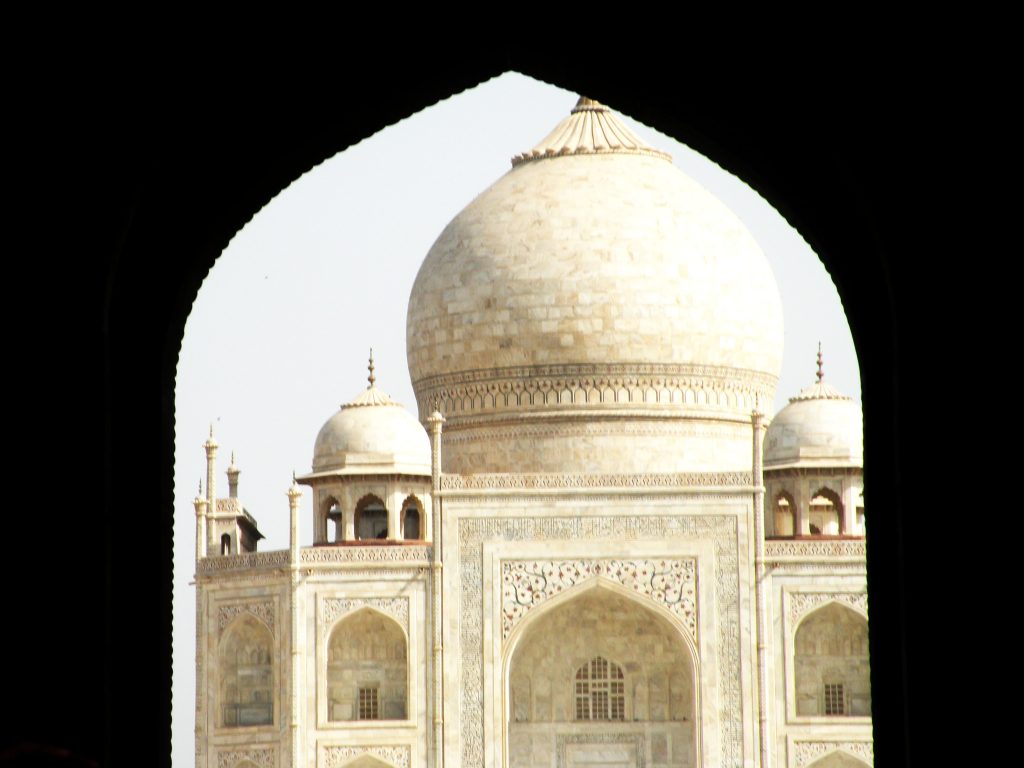 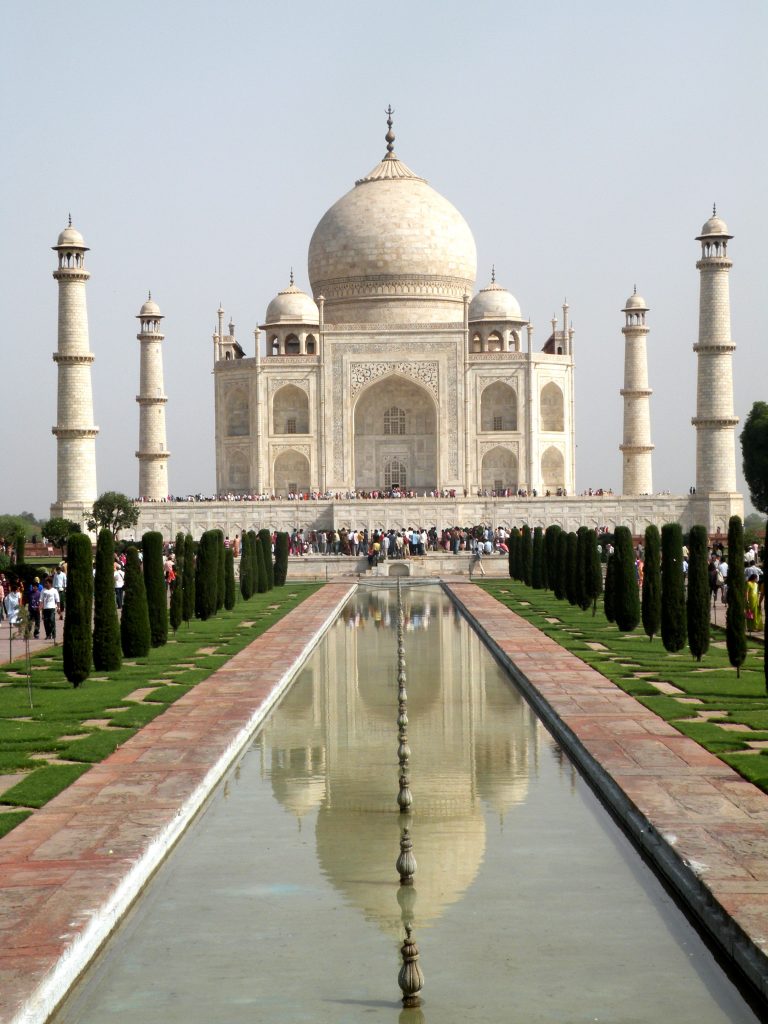 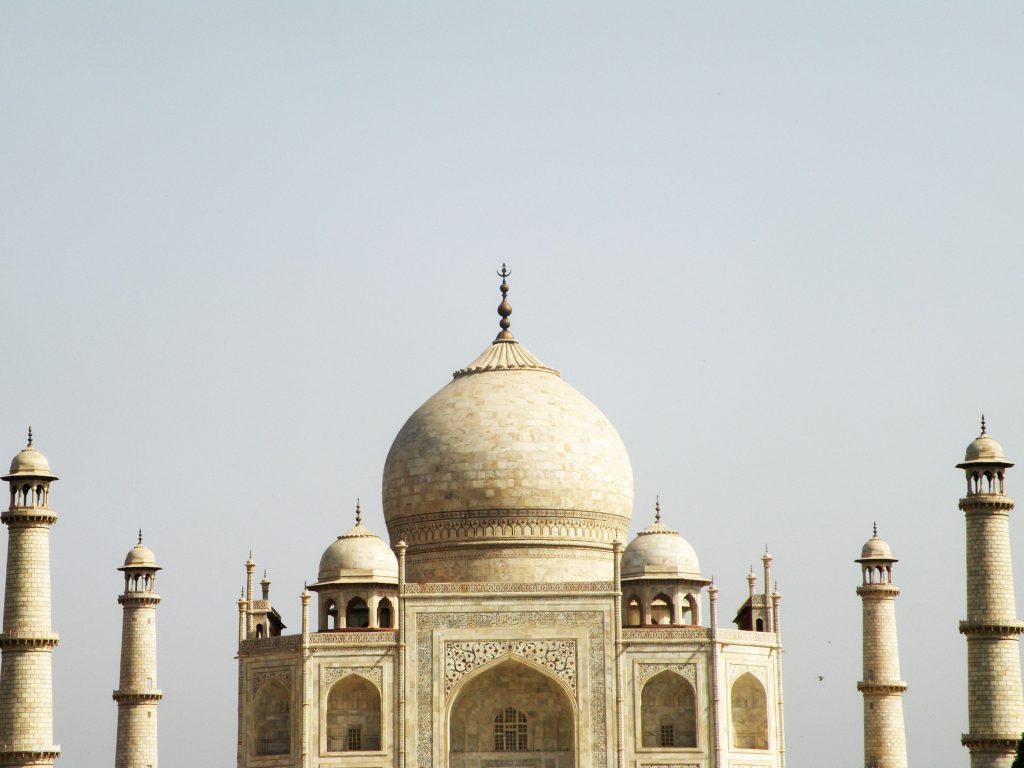 As I stood on the first platform after walking through the arches, I was in a state of bliss.  I did not know whether to take photos or to continue gazing at the monument.  Within minutes, however, my bliss was interrupted by hoards of people asking to have their picture taken with me.  I am not quite sure why these people thought I was a celebrity, but I am not exaggerating when I say that during my time at the Taj Mahal I was stopped by at least several hundred people.  It was almost to the point of absurdity, as I could not walk about five steps without being asked.  Because I am too nice, I would always agree.   Though one photo would turn into two photos which would turn into ten photos. 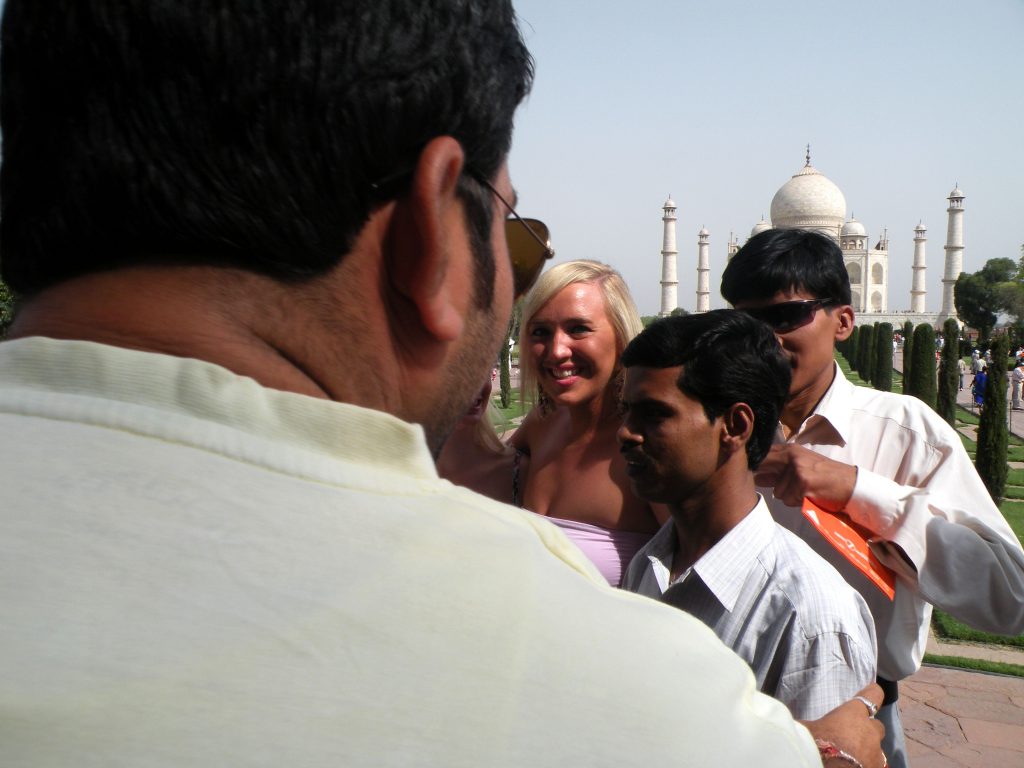 Finally my guide came and rescued me, so that I could continue walking closer to the Taj Mahal.  Between the intense heat and my personal space being invaded, I was starting to feel a little sick.

Just when I thought I was safe, another crowd gathered around me! 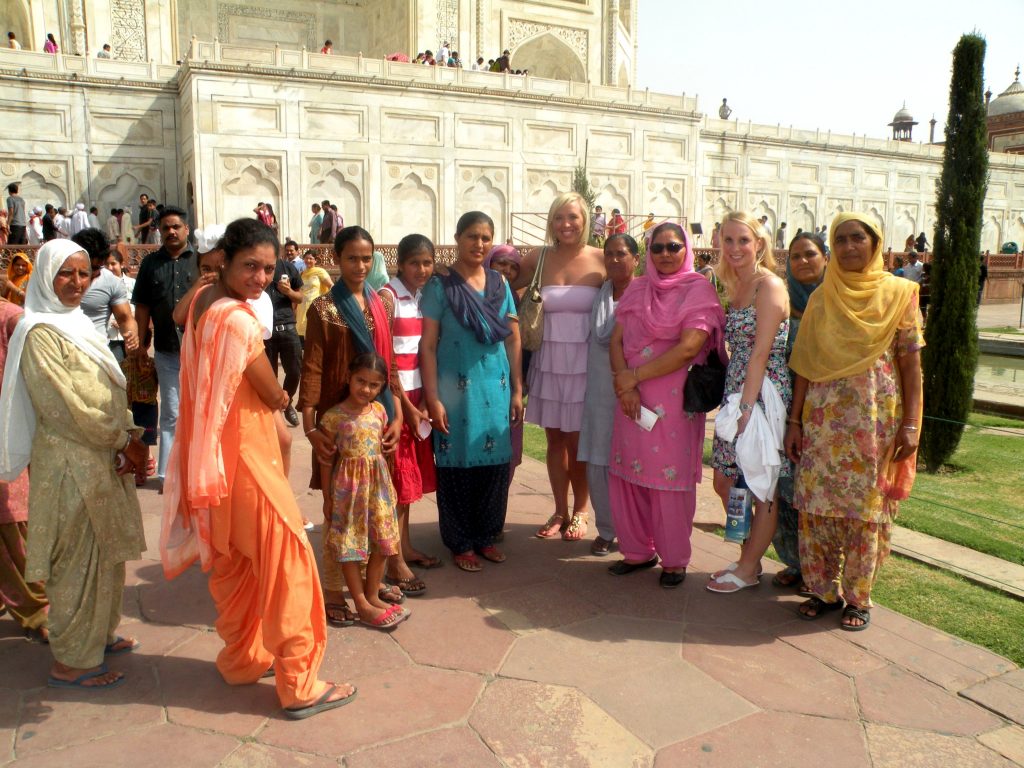 My friend, Kristen, made a joke and said, “I wonder how many Christmas cards you are going to be on this year?”  I laughed and while I was frustrated that I could not enjoy the Taj Mahal to the fullest, I had to admit to myself that it was a pretty humorous situation. 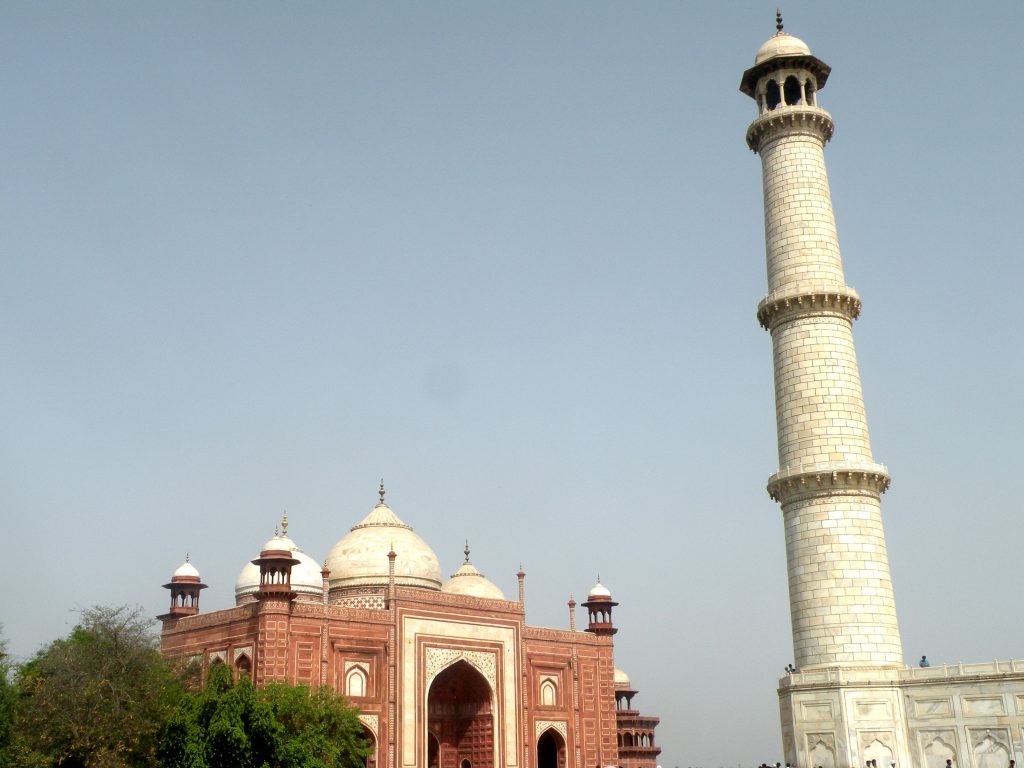 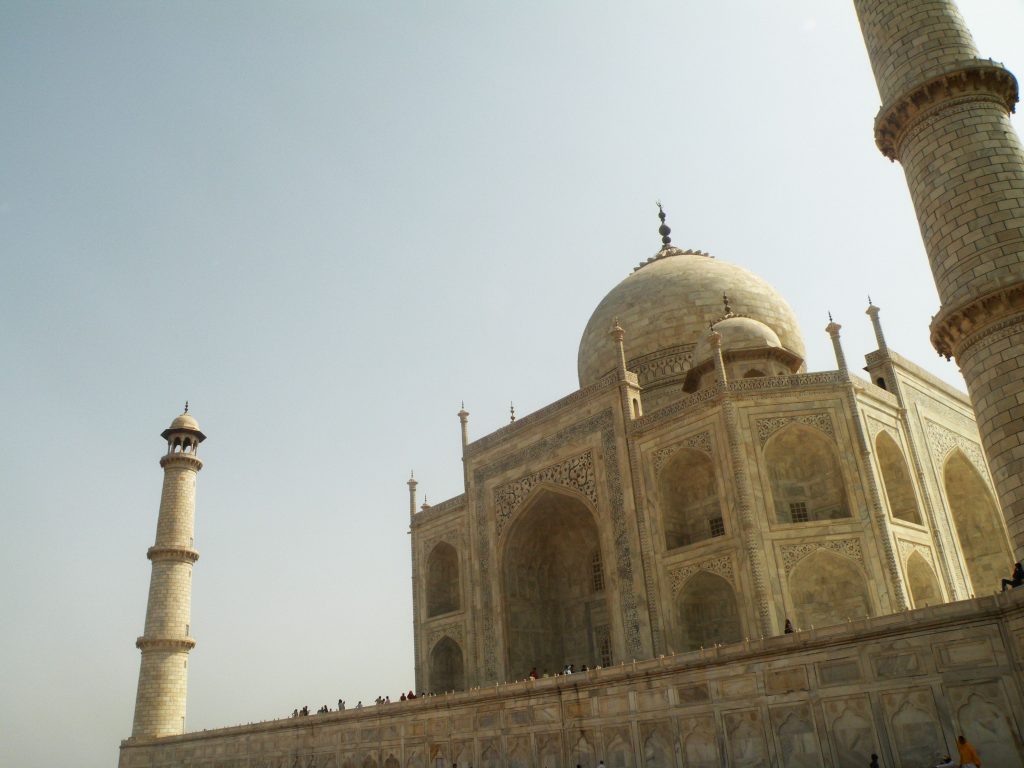 Once we made it to the final platform before entering the Taj Mahal, we were required to either take off our shoes or to put slippers over them.  I chose the latter. . .