Before I entered the Taj Mahal I took a look at the grounds from a different angle.  I think no matter where you stand it is impossible to not be impressed.  However, the thing that impressed me most were the details; everything from the patterns in the marble to the landscaped lawn were so well thought out and just, for a lack of a better word, perfect! 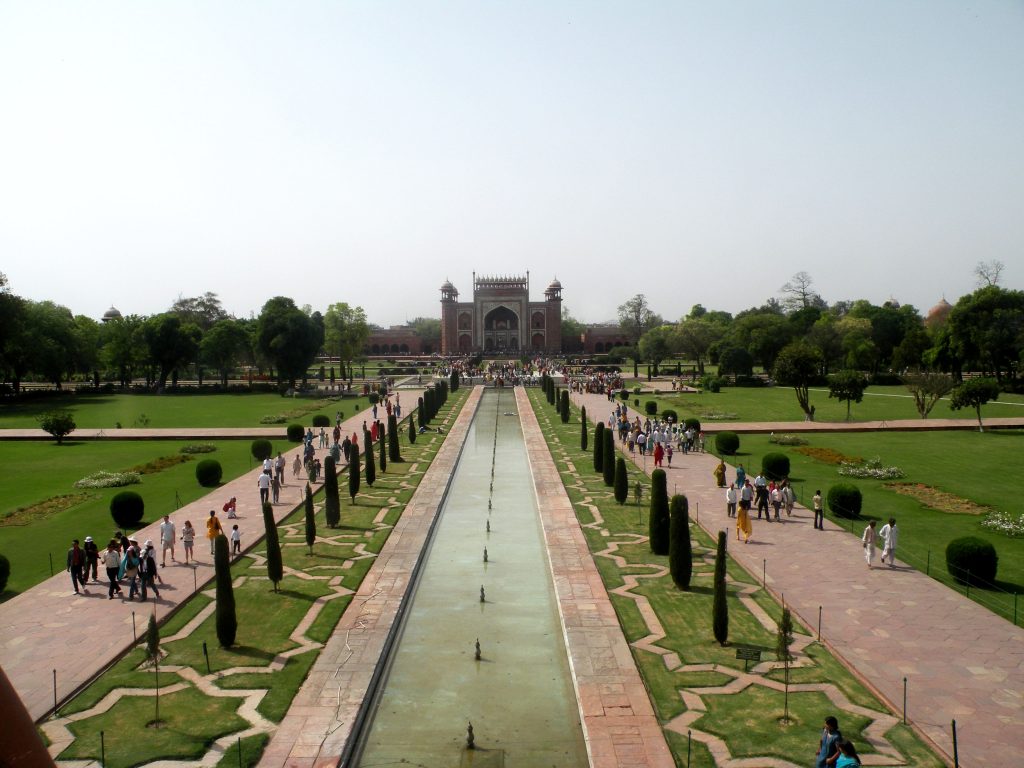 Oh, and I was asked to have my photo taken yet again.  Of course, I could not say no to these two. 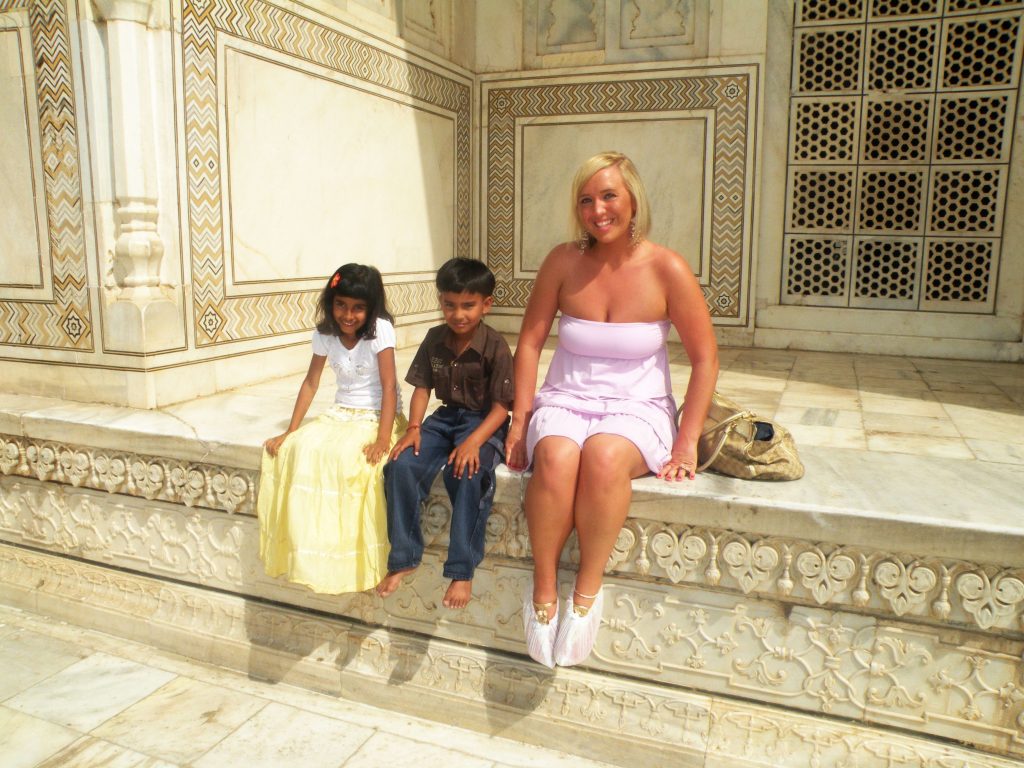 I was all set to spend the next hour wandering inside of the Taj Mahal, however I quickly discovered that the majority of it was closed off and because the lighting was so poor I was unable to take any decent photos.  Thus, before I even realized I was inside of it, I was back outside — taking more photos with strangers. 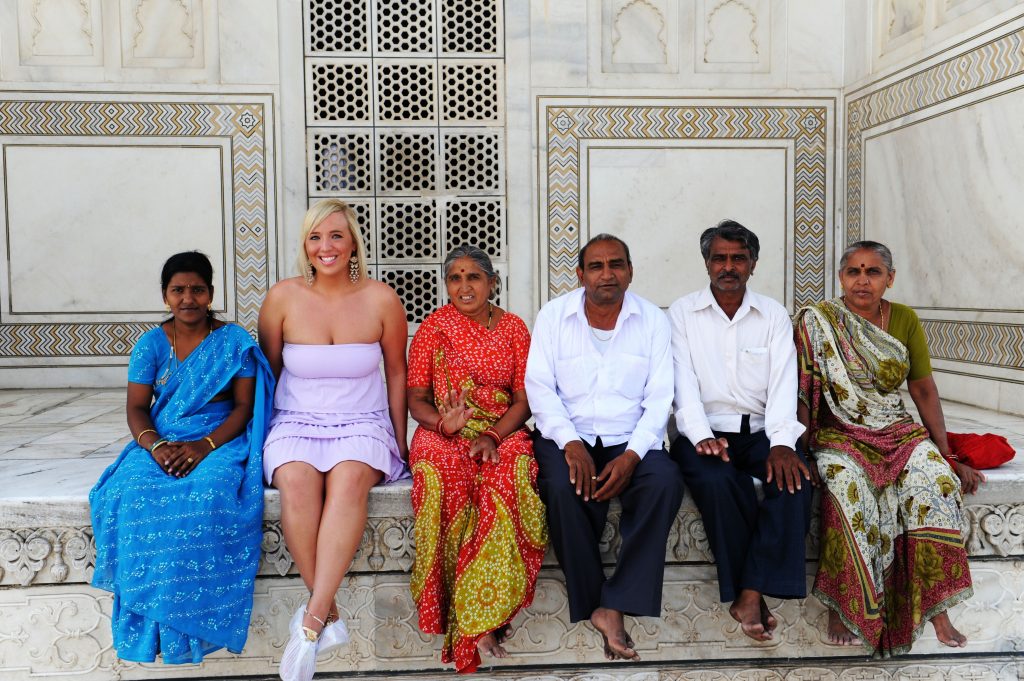 I even received a marriage proposal!  I joked around with the guy that asked my hand in marriage, but I am not sure if he understood what I was saying?  In Morocco, I was offered 10,000 camels and in Bolivia I was offered 20,000 llamas.  So, I asked him what he willing to offer me.  Would it be 30,000 elephants?  Or how about a pink palace (since it is my favorite color) that was even more beautiful than the Taj Mahal?  He eventually just walked away shaking his head.

Before leaving, I took a couple of more photos and videos of the magnificent grounds. 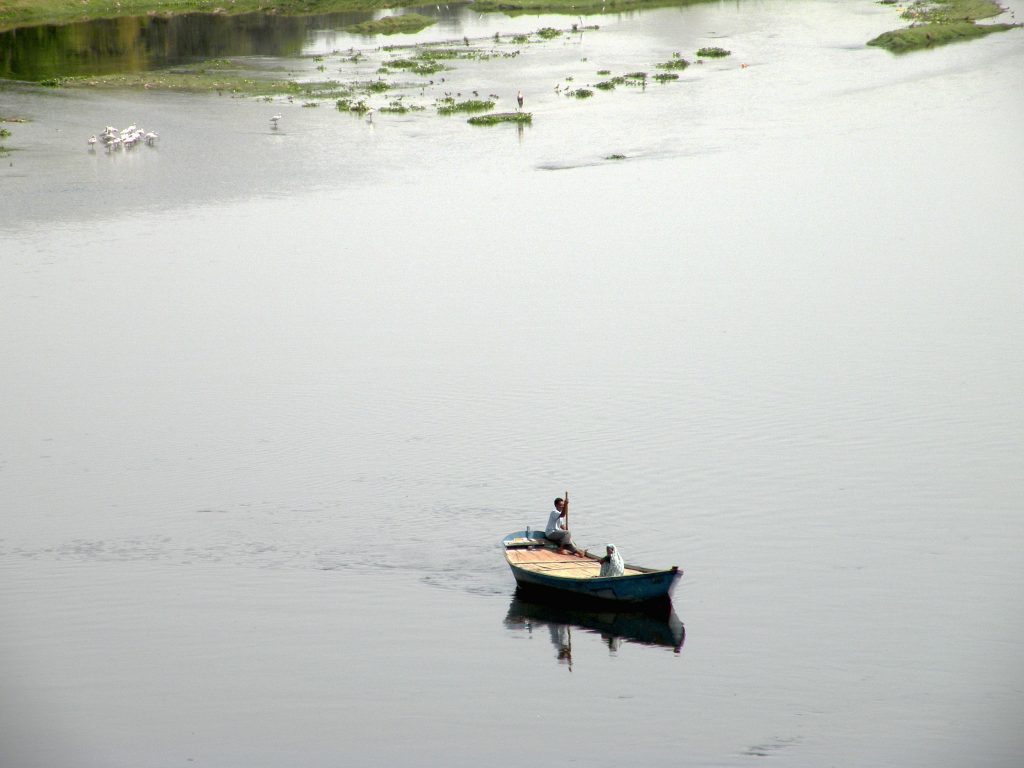 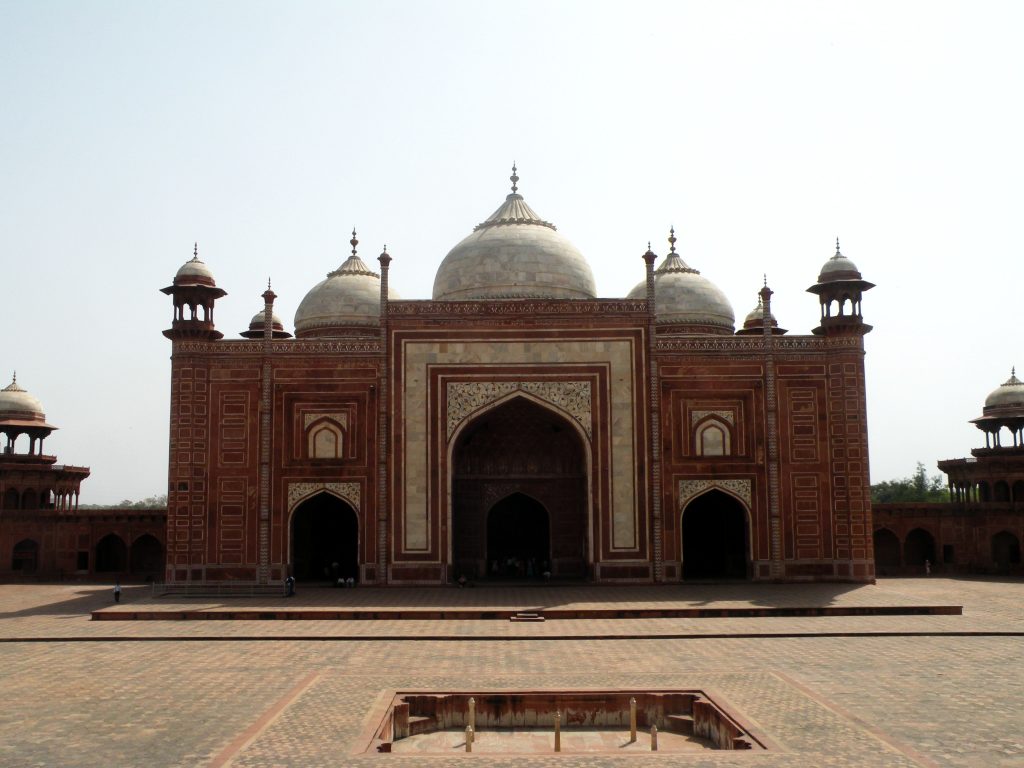 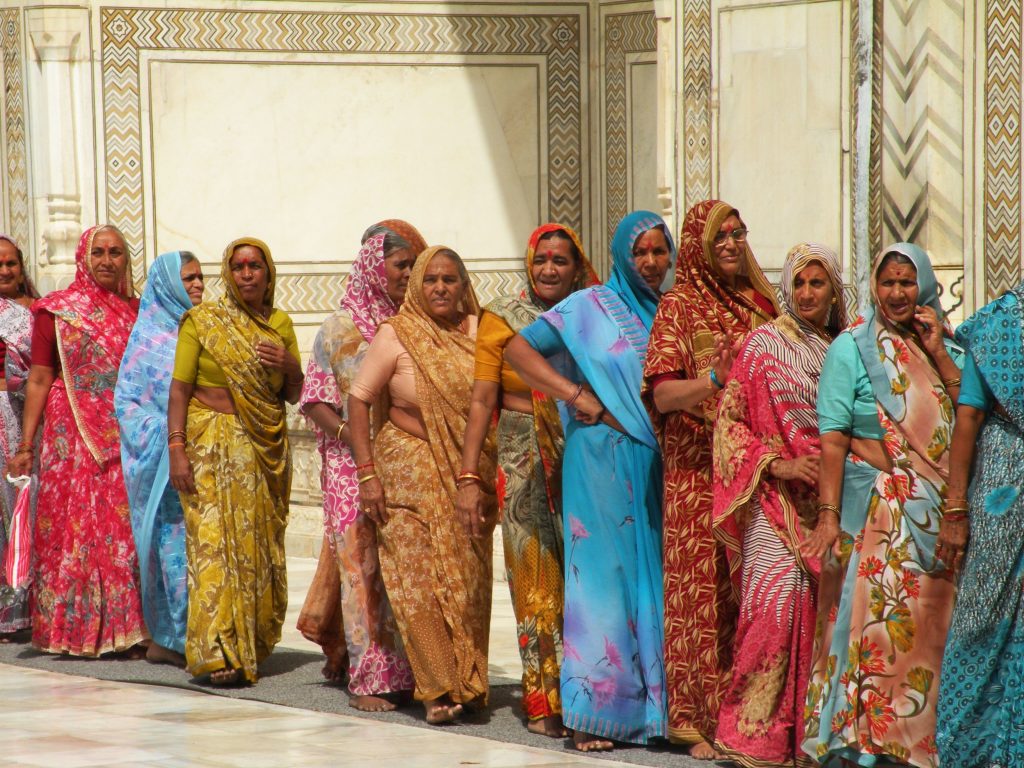 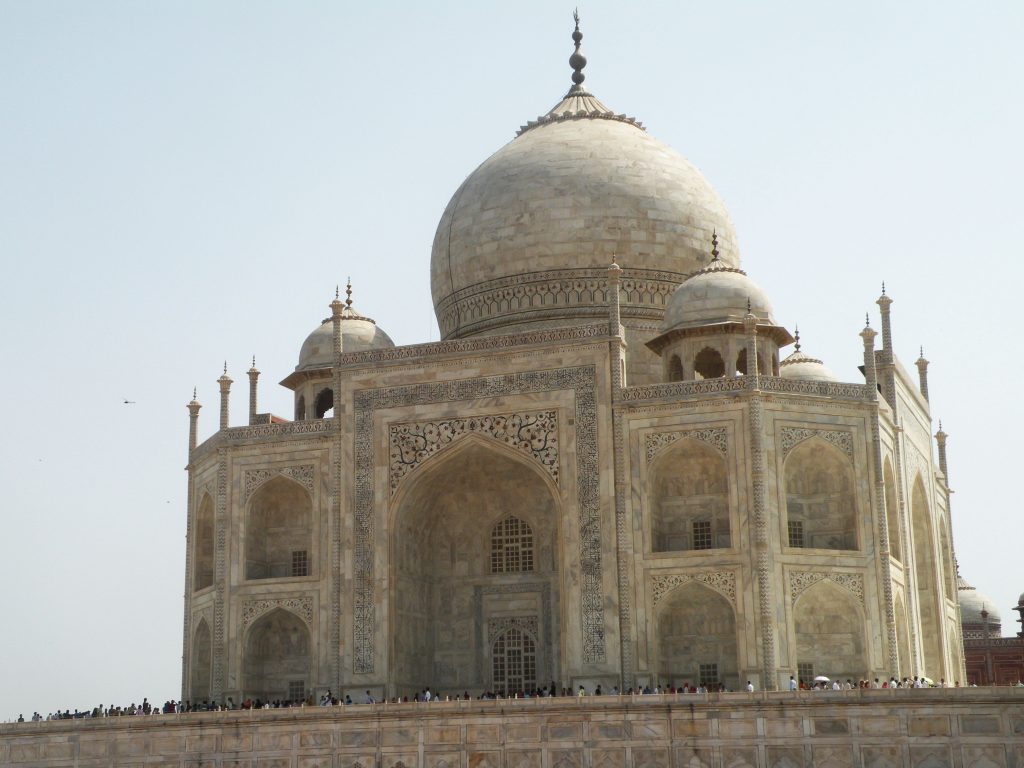 I gazed adoringly at the Taj Mahal one last time and I was filled with a rush of emotion that can best be described as pure contentment.  I knew in that moment that I was on the right path in life.  Knowing that I was following the “road less traveled” filled my heart with joy and further encouraged me to continue to bravely forge my own unique path.  As I departed, I was leaving a trail of happiness behind me. 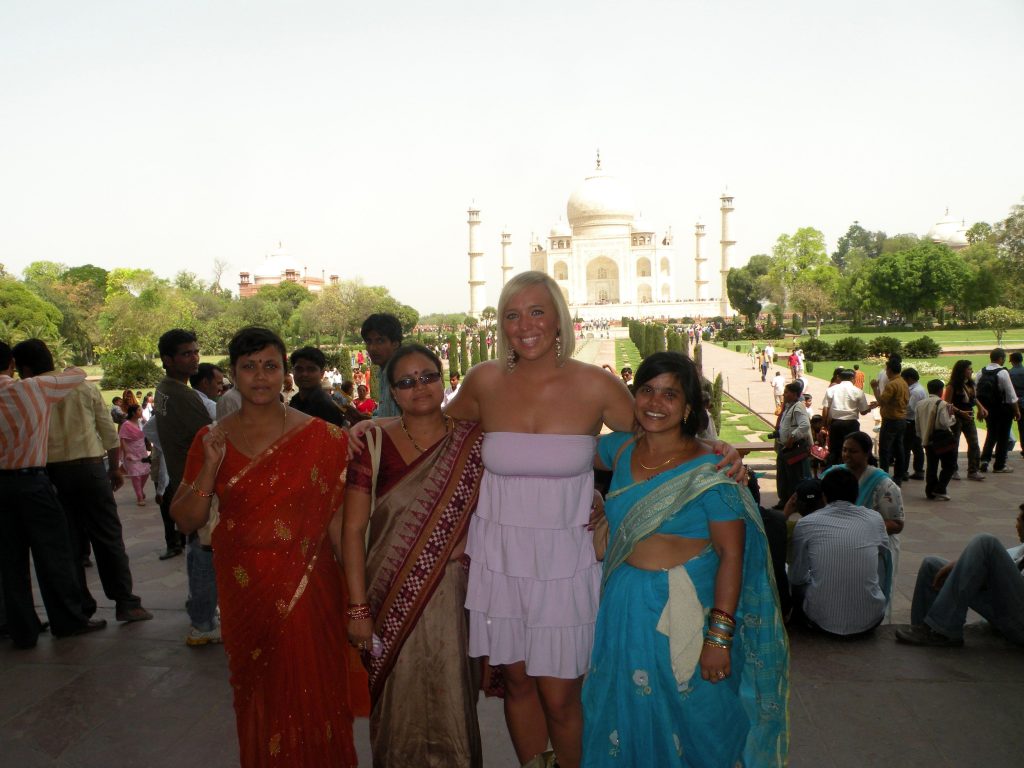 Now how was I possibly going to celebrate this spectacular day I had in the evening?