No trip to Macau is complete without a visit to the A-Ma Temple built in 1488.  This historical Taoist and Buddhist holy place, which is now a UNESCO World Heritage site, is dedicated to the Goddess Mazu.  She is the Chinese goddess of water — protector of seafarers and fishermen.  It is also believed that she is Macau’s namesake, since when the Portuguese sailors first landed on the coast in front of the temple and inquired the name of their surroundings, the natives replied, “Ma Ge.”  The sailors did not know that the natives were referring to the temple and thus named the new-found peninsula Macau.

The oldest temple in Macau is a destination offering a peaceful refuge from the chaos of the casinos.  It has been well-described in ancient Chinese texts and paintings and has the honor of being one of the first scenes ever to be photographed in China.  Throughout the temple there are places to leave offerings to Mazu.  My favorite were the decorative ornaments that contained written prayers for good fortune.  When the wind would touch them with her lips, they would gently sway, as if the goddess herself was confirming that she had indeed received the prayers. 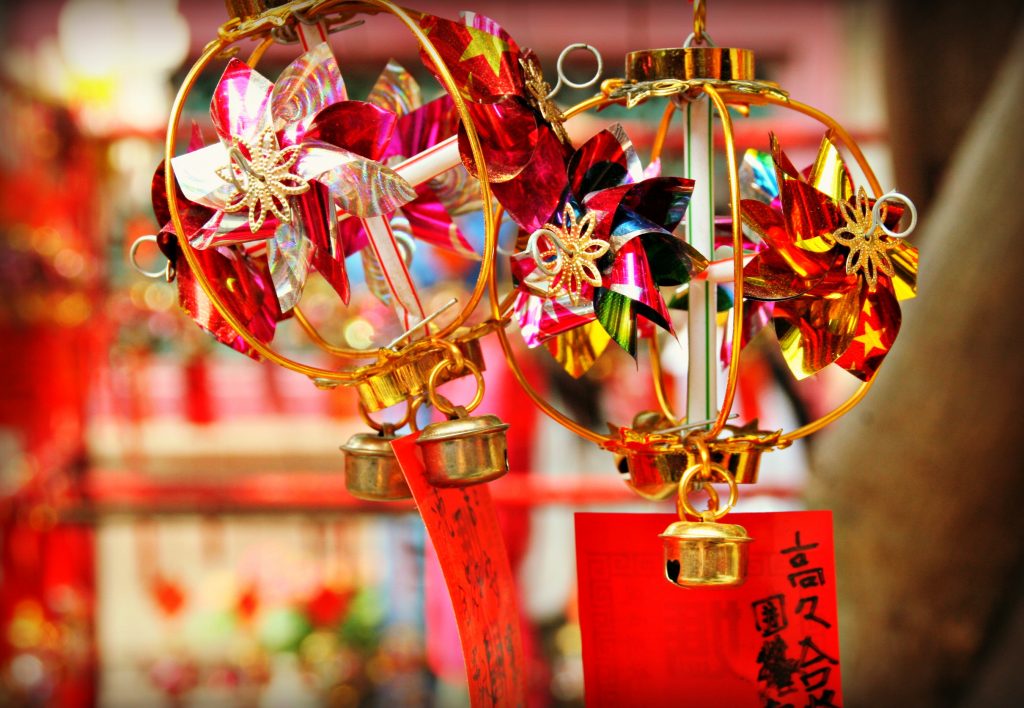 The temple contains 6 parts that are all made up of classical Chinese architectural treasures, as well as copious stone fu dogs whose purpose is to offer protection.  No matter which part you are in, you will see incense and candles in multiple forms, which help to create an ambiance of tranquility and worship.

In order to get to to the top of the temple, you must follow a winding outdoor path.  Along the way you will encounter an enormous statue of Mazu that serves as the main altar.  I chose to not photograph her, nor any of her devotees out of respect.

Macau Tourism gave me an hour to explore the temple, but after about twenty minutes of taking photos an overwhelming feeling came over me to put my camera down and to fully appreciate the moment.  I bought some incense and as I lit it I expressed my gratitude for being able to live a life that is full of travel.  Once we departed, we returned to the Mandarin Oriental, Macau where I was able to catch the sun setting over the mountains from my gorgeous room.

This is the Macau that I want the world to know about.