Well, I wish I could say that we celebrated our first day together in some grand fashion (though I know not all beautiful adventures have to be filled with excitement in order to be beautiful), but all we really wanted to do was sunbathe, drink, eat, and drink some more.  We had another four days to explore!

According to the staff at Casas Brancas, the ambiance of Buzios once the summer season has come to an end, which is around March, drastically changes.  Honestly, I think it is pointless that there are “seasons” in Buzios, since the weather is gorgeous year-round.  Nonetheless, we were enjoying having what felt like the entire city to ourselves. 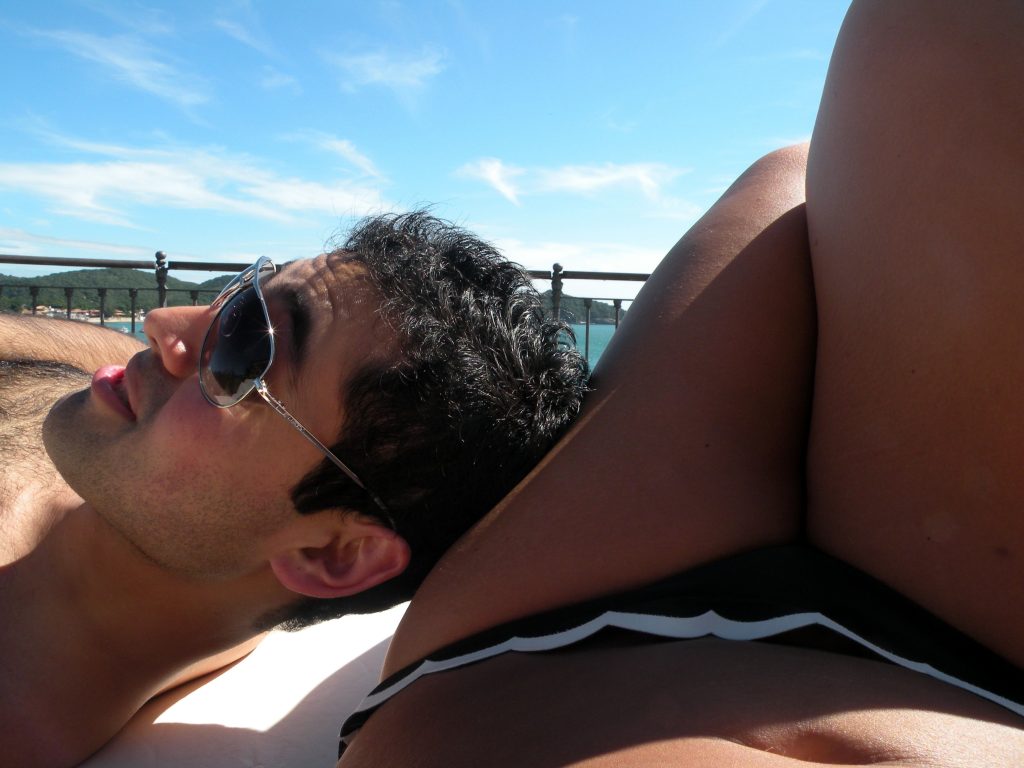 The intricate landscape and decorative touches of Casas Brancas makes it almost impossible to even want to leave the grounds.  It was also rumored to have the best sunset view and I make it a point whenever I am traveling to not miss a sunset if possible.  Lucas and I had brought along reading material, however we could not take our eyes away from the dazzling Buzios Bay.  It truly looked like a painting with its perfectly placed fishing boats and islets. 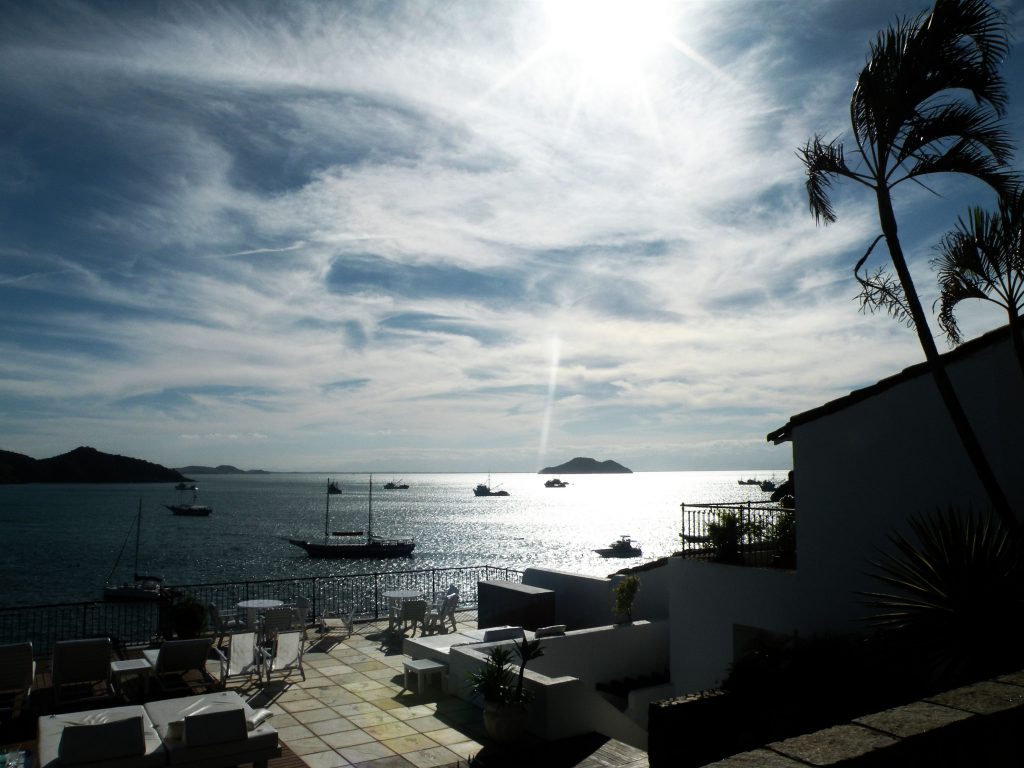 As the sun began to makes its way over the horizon, I decided to try a new drink: a frozen caipirinha.  It was definitely not as good as one on the rocks, although still delicious. 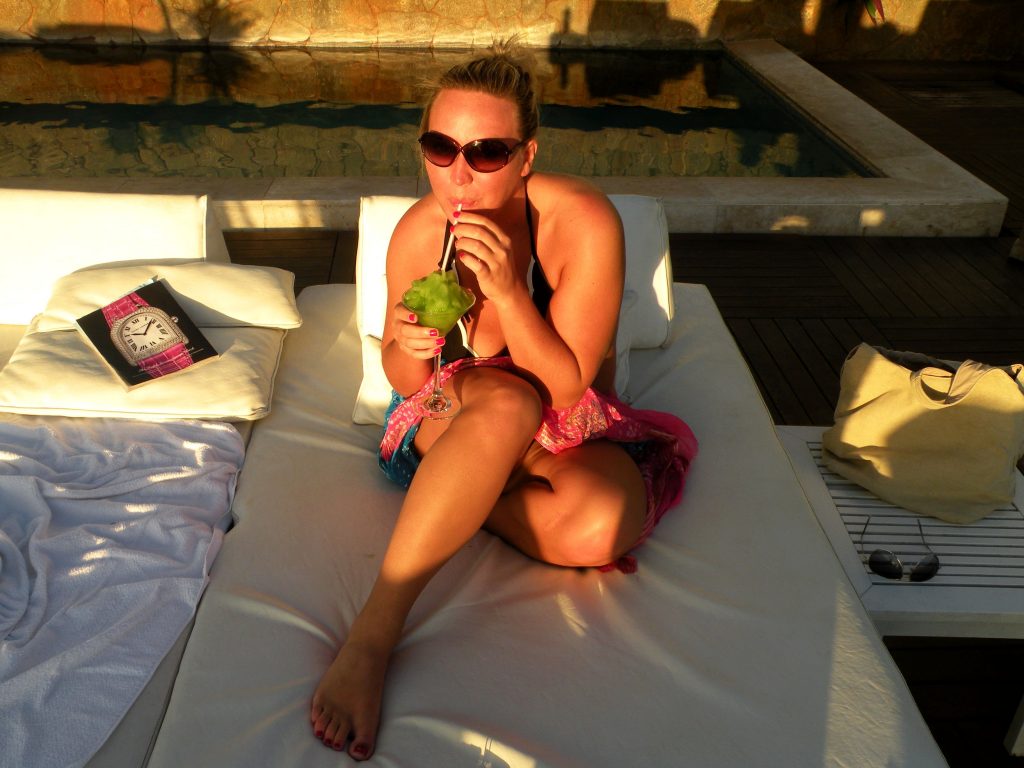 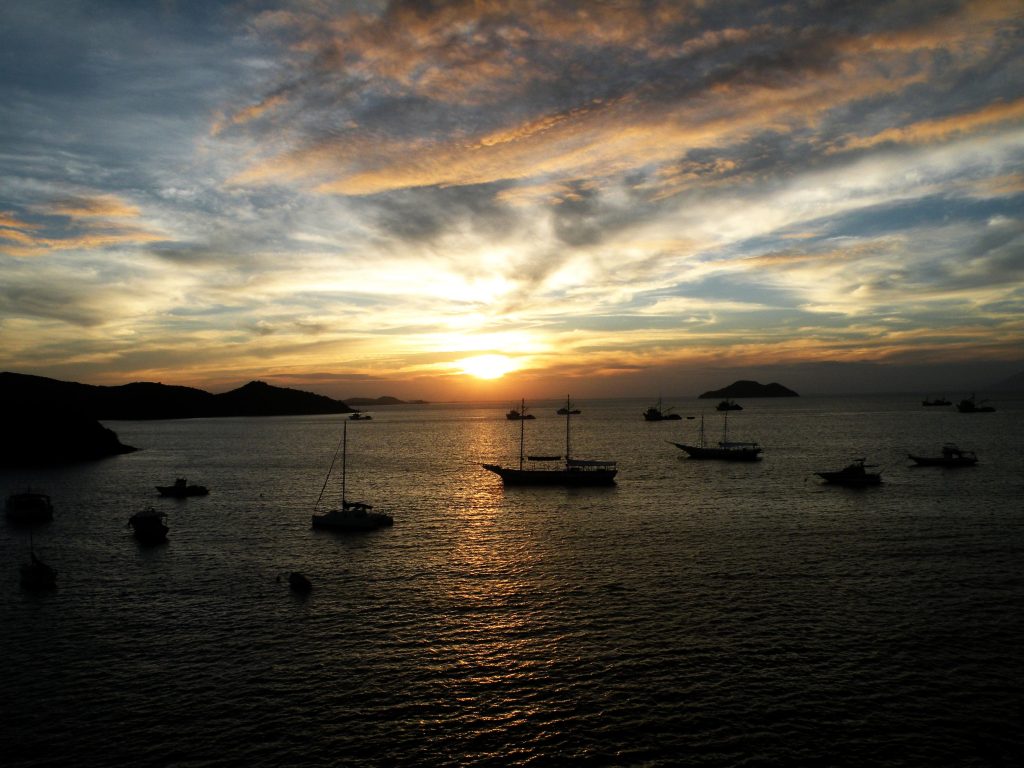 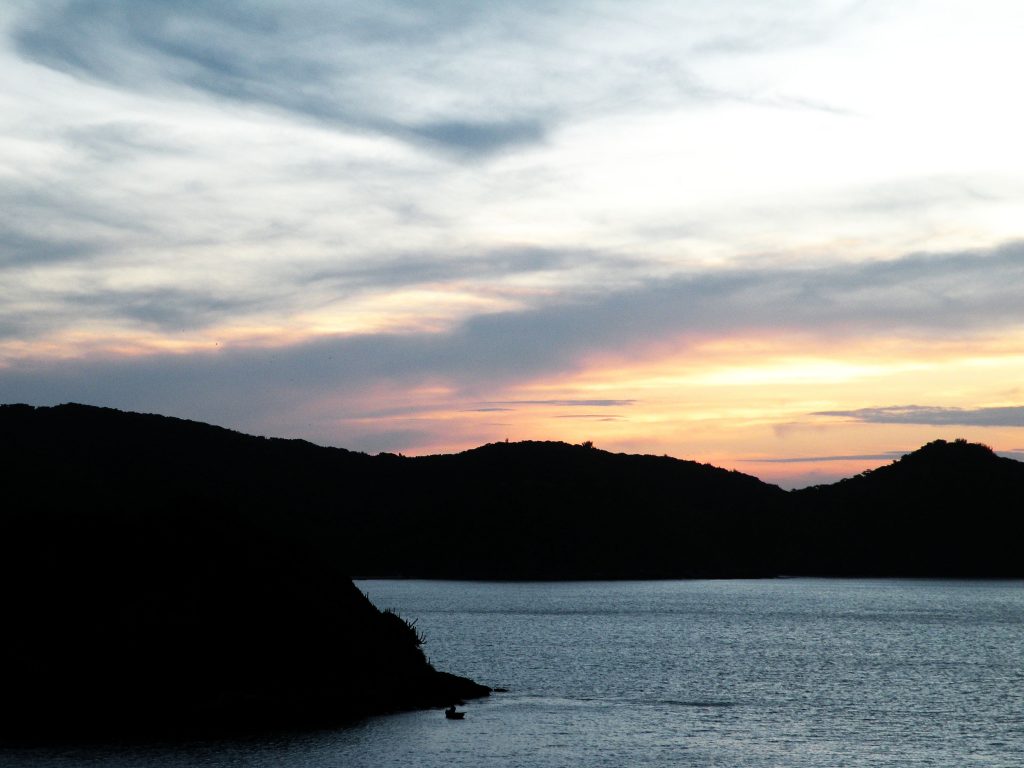 Once our stomachs started to beg for some food, we began to get ready for dinner.  Just like Argetines, Brasilians dine late, so we made a reservation for 11PM at a nearby Italian restaurant, named Satyricon.  Casas Brancas is only a five minute stroll from the center of town, making it unnecessary for us to ever need a taxi at night. 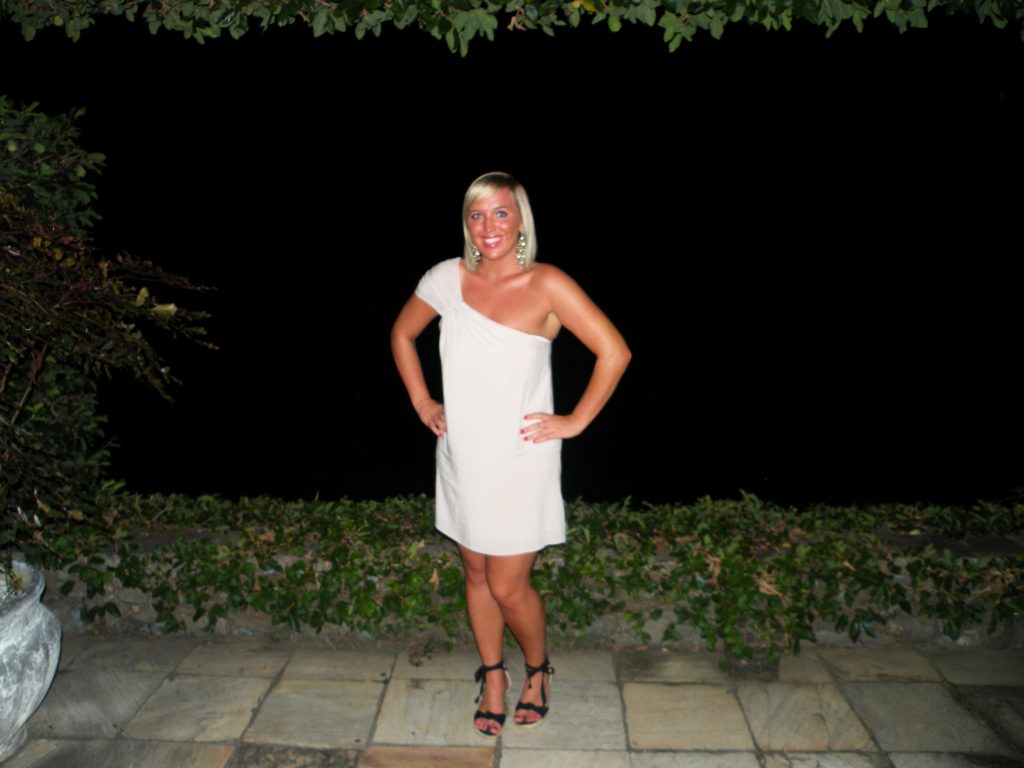 In the ’60s, a visit to Buzios from the french actress Brigitte Bardot with her Brazilian boyfriend transformed the city overnight from a small fishing village to a dream destiantion.  To thank Ms. Bardot, the city memorialized her by constructing a bronze statue of her sitting on a suitcase.  It is about ten steps away from Casas Brancas, located along the seaside promenade, otherwise known as Orla Bardot, which winds along the water and guides pedestrians into town.  I, of course, had to pose with the statue! 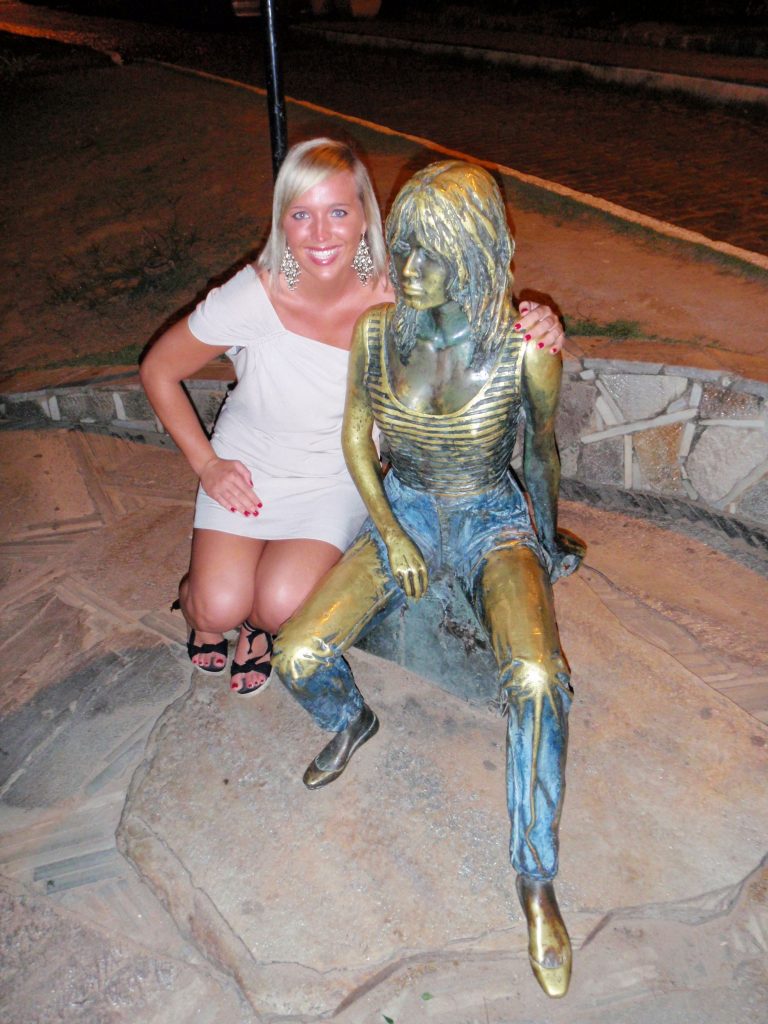 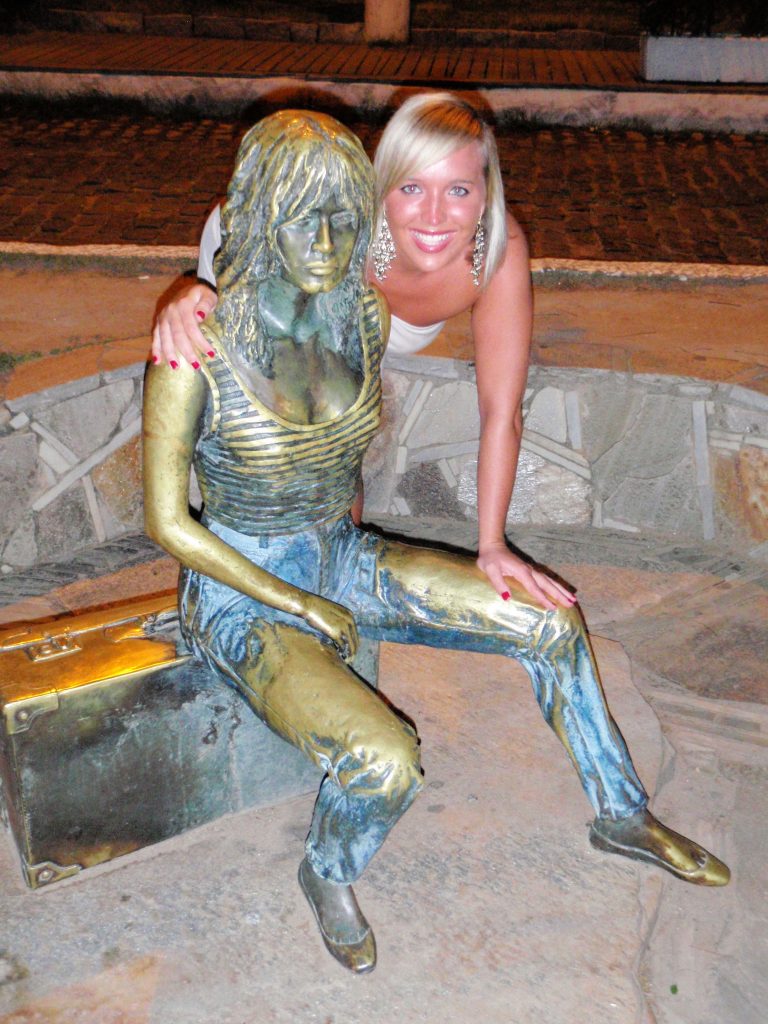 Satyricon’s location is golden, since it right across the street from the ocean.  To take advantage of the ocean breeze, half of the restaurant is open to the water.  It is highly regarded by many as the best restaurant in Buzios.  Unfortunately, the prices reflect its reputation (expect at least $150USD for two people).  The waiter that serviced us was Argentinean and once he discovered that Lucas was as well he generously sent us over a free bottle of wine.  The caprese salad coupled with the basket of complementary focaccia bread would have been enough, however the pasta dish I ordered was so good that I made room for it all. 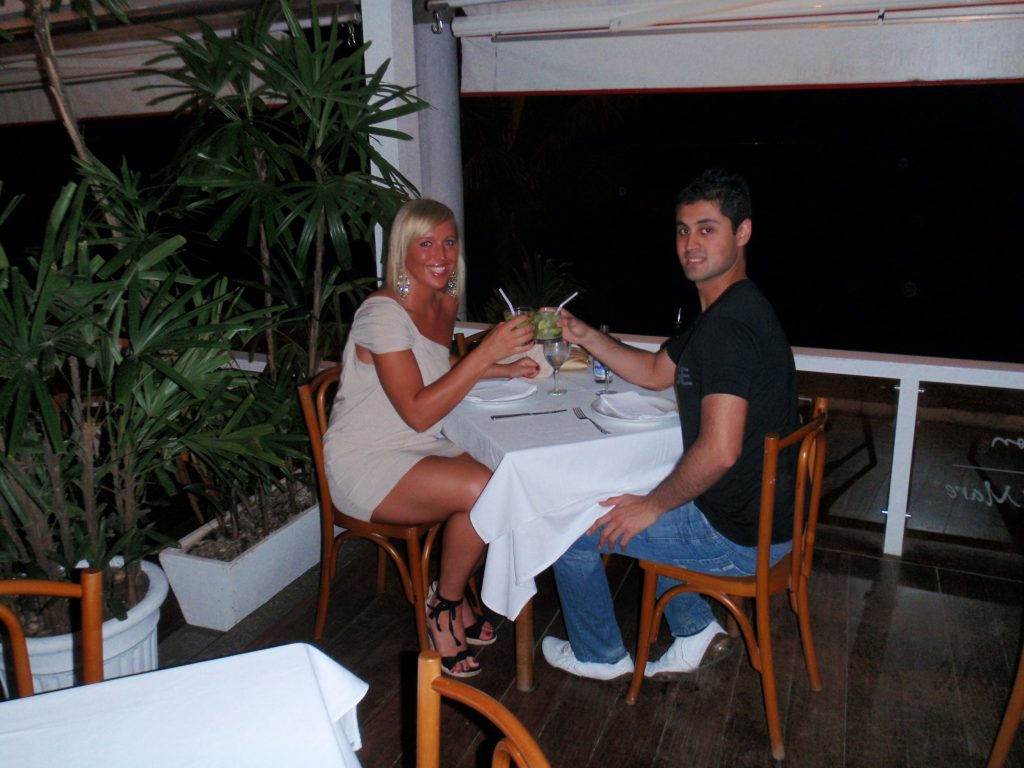 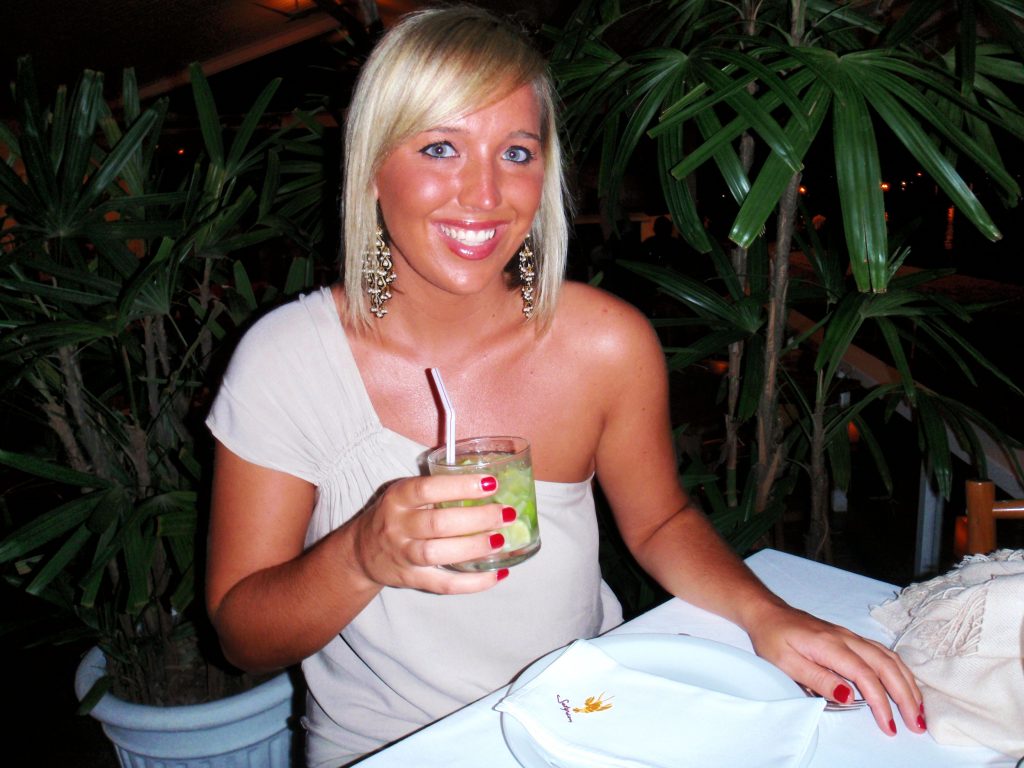 We needed to walk off dinner, thus we took a pleasant stroll through the main cobblestone street of Rua das Pedras, which is lined with boutiques, gallaries, bars, and cafes that stay open very late. 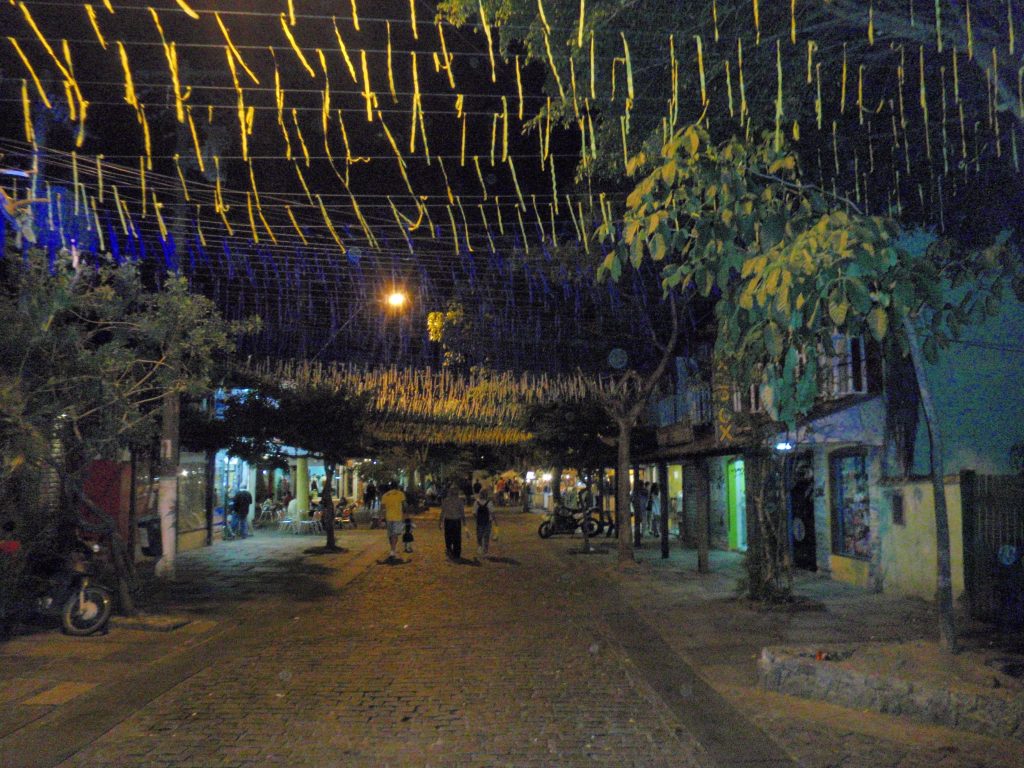 A constant soundtrack of bossa nova music seemed to play in the background no matter where we were and along with the lapping of the waves against the seawall and the twinkling of the stars in the nightsky, I was 100% convinced, and still am, that Buzious is the most romantic place on earth. 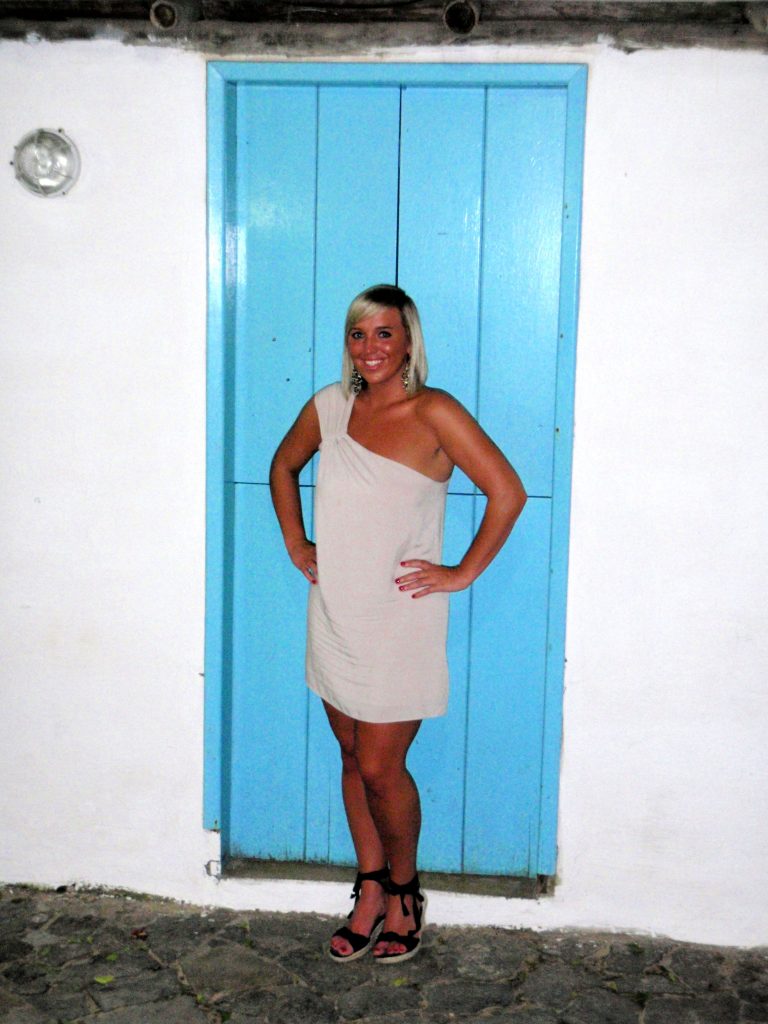 We could have wandered around all night soaking up the incredibleness of everything, but Lucas and I were eager to get some rest in order to have lots of energy to search for our favorite beach the next day!