Before dinner we changed into our newly acquired H&M digs and then set off to find the restaurant our concierge recommended.  I wish that I could remember the name, but it now escapes me.  We picked it because it was vegetarian friendly for me and yet had some nice meat dishes for my brother. 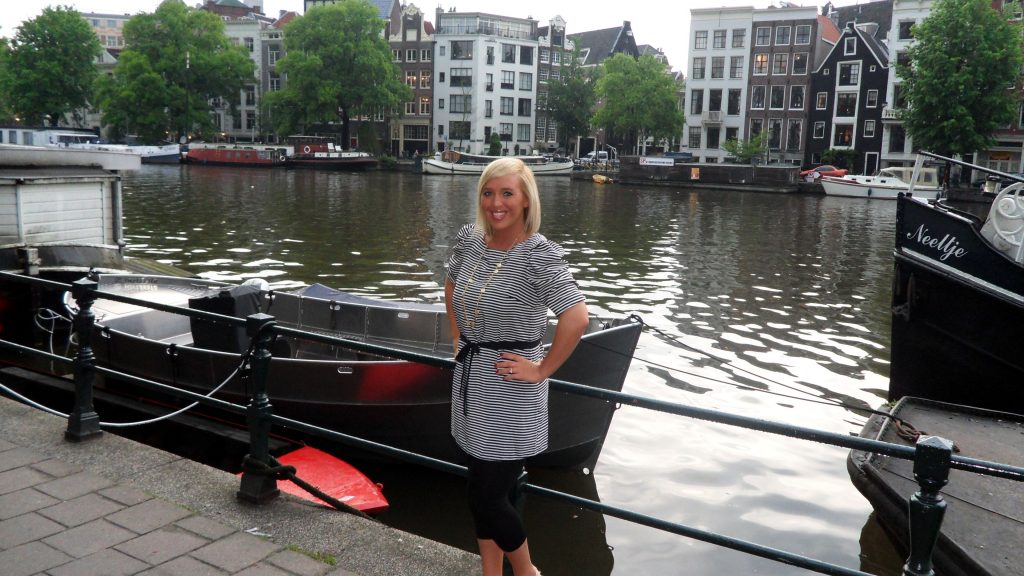 We left ourselves with plenty of time to enjoy the scenery along the way. 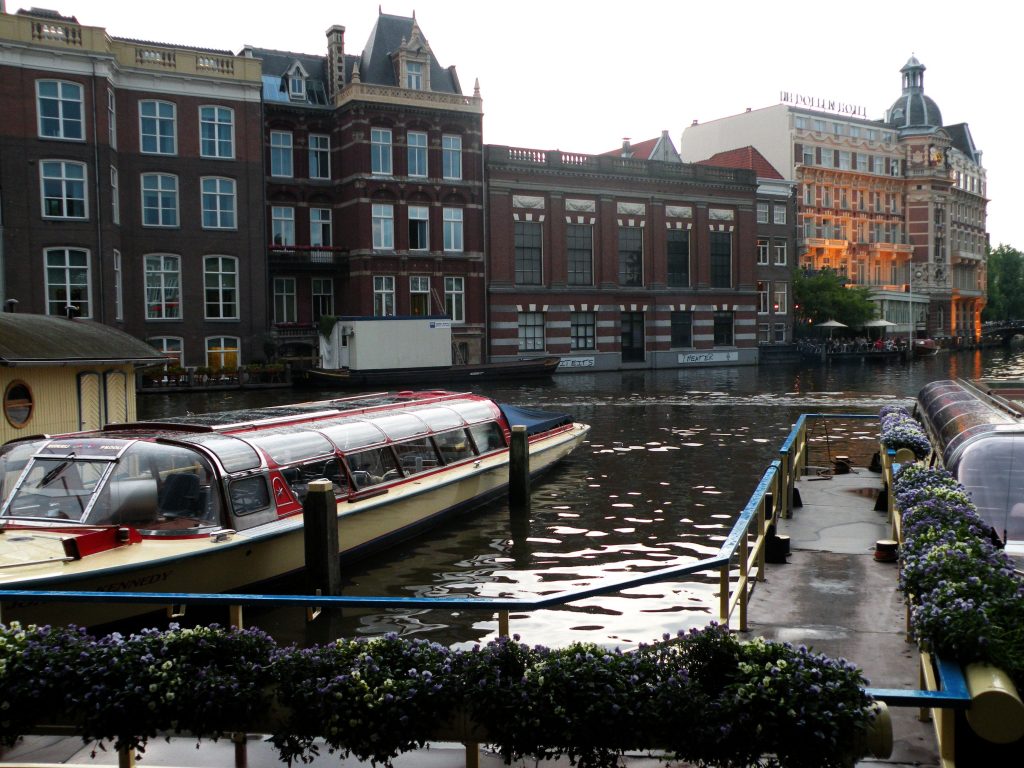 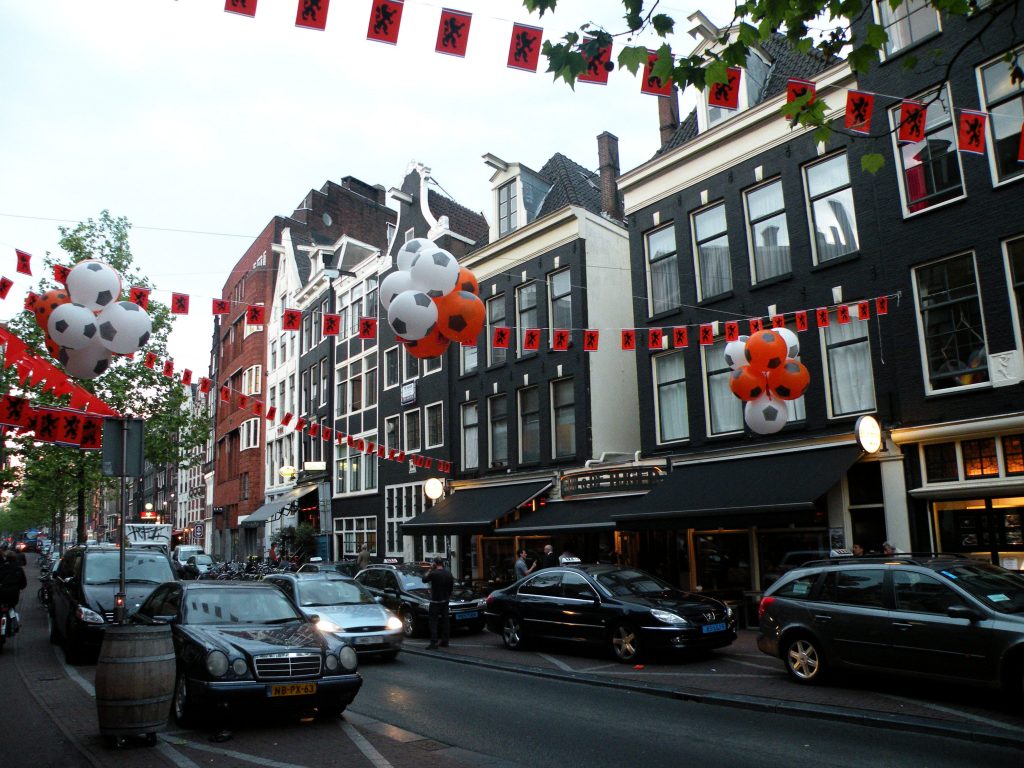 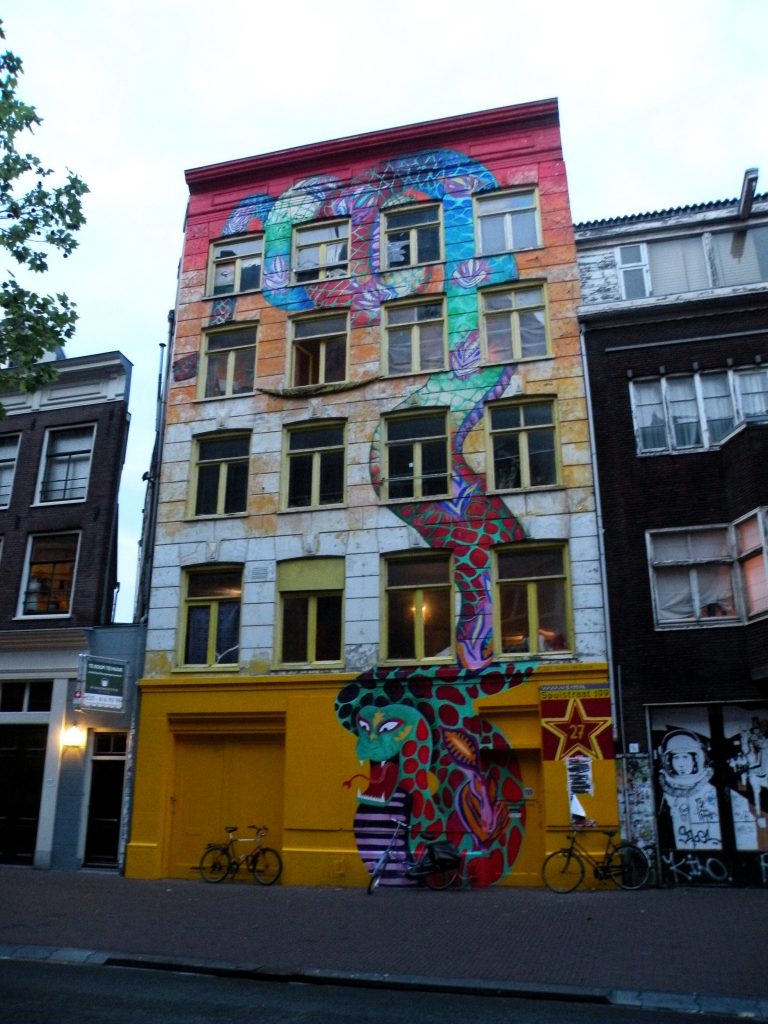 It took us about an hour to walk to the restaurant, thus it was around 10PM when we finally sat down to eat.  This would be the earliest we ate dinner for the rest of the trip.  I am used to eating late, since I have spent so much time in South America, especially Argentina (no one eats later than Argentines!), my brother, on the other hand, was in a bit of culture shock. 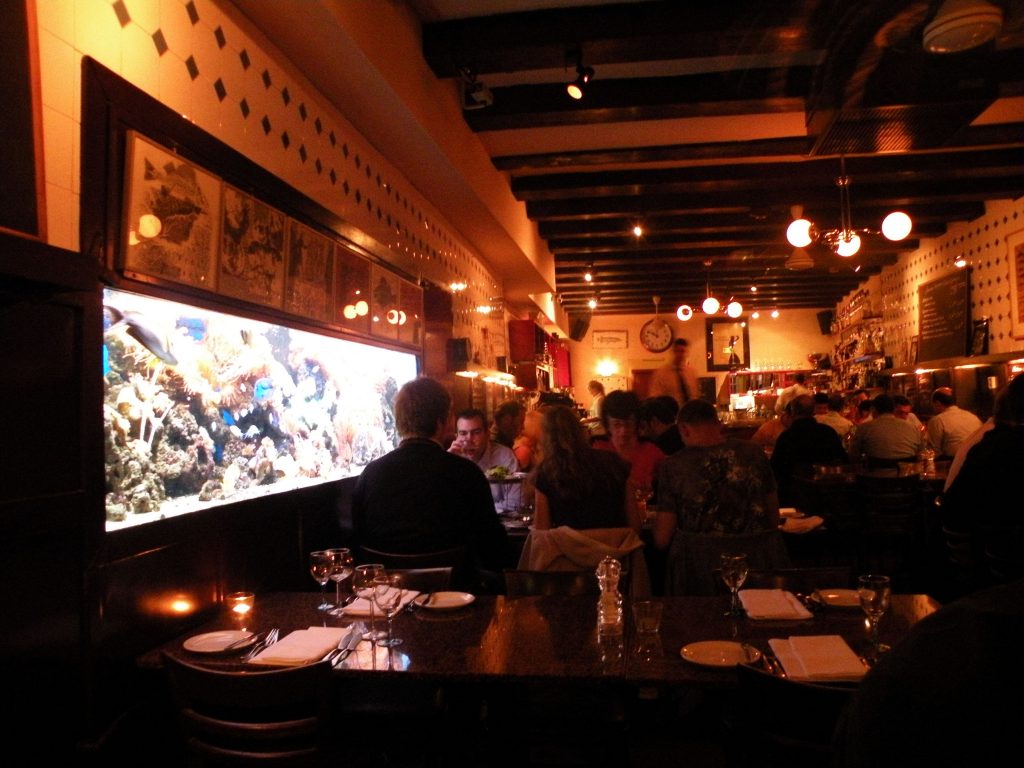 Another thing that my brother found shocking, was the fact that he could legally order alcohol, being that he was only eighteen.  I wish I had taken a picture of his face when he ordered a glass of sangria and the waiter replied, “white or red?” and not, “Can I see your I.D.?” 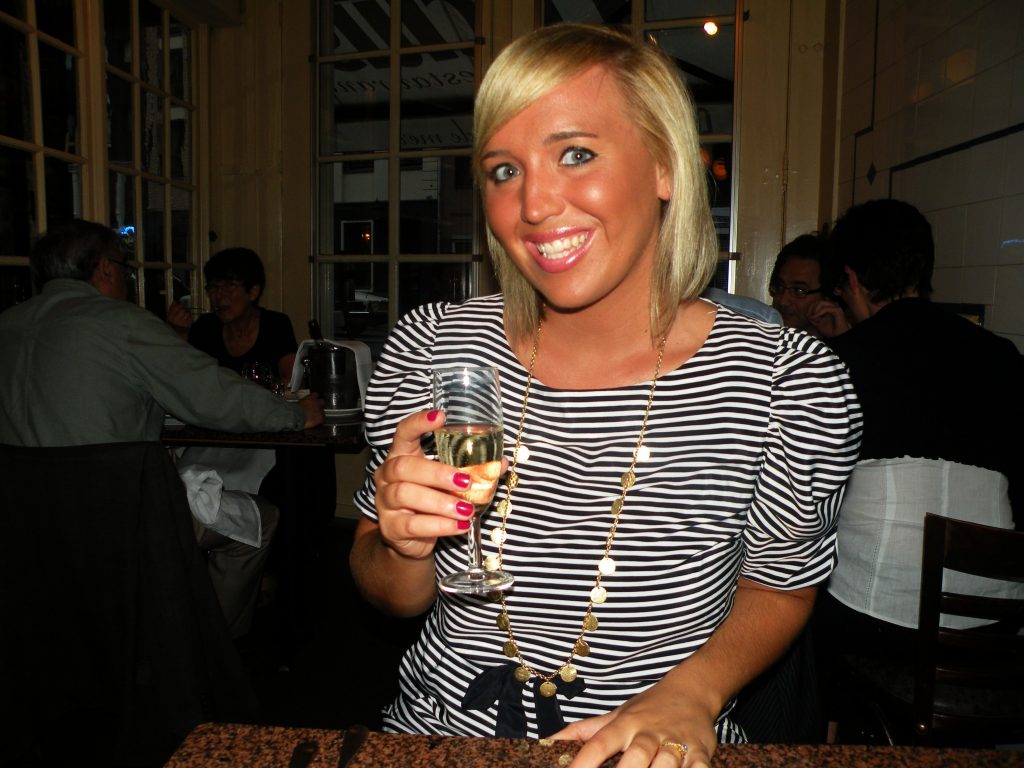 After our decadent four course dinner, we decided to see the Red Light District.  We got terribly lost on the way there, however it did not phase us in the least bit, as Amsterdam at the night is visually spectacular. 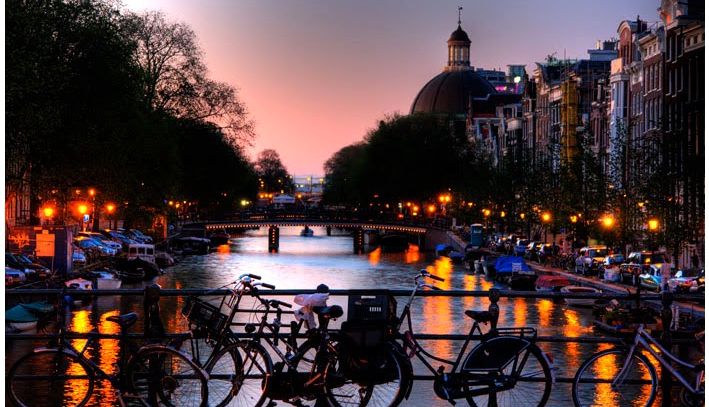 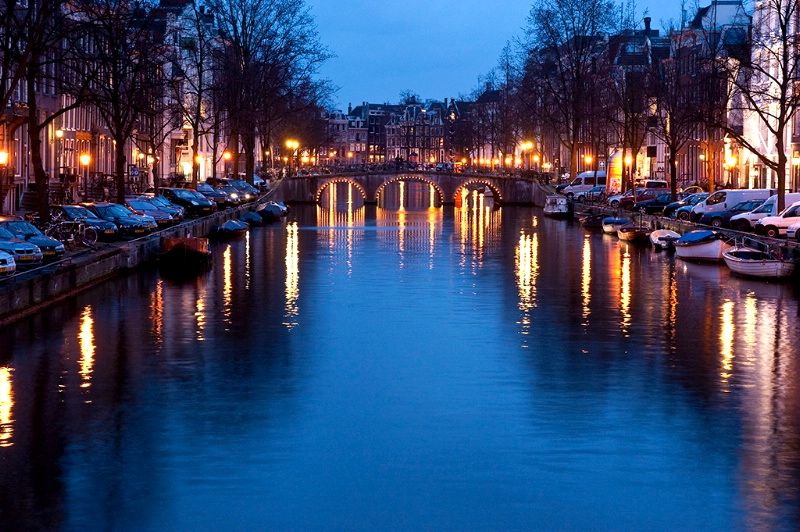 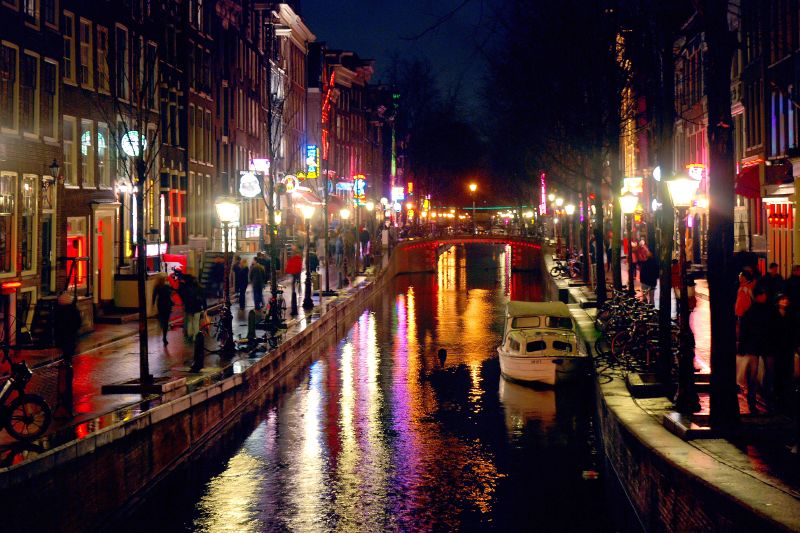 Eventually we found the infamous quarter where window shopping takes on a whole new meaning.  My brother and I could only stomach about five minutes of the “window displays” before we left.  I am not going to make any kind of social commentary on prostitution, although I will say I was totally creeped out by the whole thing; not really with the ladies of the night, more so with the men standing there drooling at the sensual delights in front of them.  Maybe if George Clooney or Javier Bardem had been dancing behind windows in their boxer briefs I would be more sympathetic?

We both needed a drink after that experience, so we found a nearby pub.  As soon as we sat down, jetlag really hit us and we could barely finish our drinks.  On our way back to the hotel we agreed that Amsterdam was a lovely city and we looked forward to returning in a week, but that we were ready to move on to Spain!