Editors Note:  This trip was taken in July 2007.  Yes, I was a brunette for a while and yes, I had my nose pierced.  What can I say, other than I am a big believer in changing up your look from time to time!  I hope you enjoy the memories of my unforgettable trip to Cuba. . . 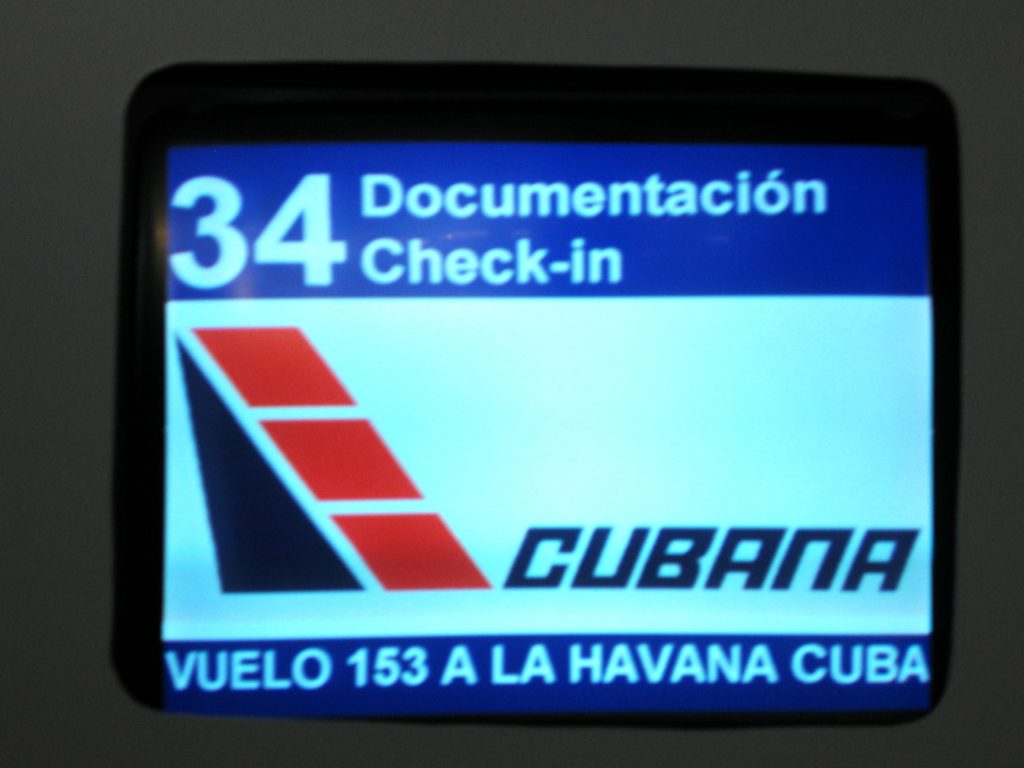 I am an adrenalin junkie like no other!  This trait was developed several years ago and must now be satiated constantly.  So, if you add my fascination with Cuban history and politics + my crush on Che Guevara + my love for mojitos and salsa music with being told that I am not allowed to legally enter Cuba; I could not have designed a better place to get my adrenaline fix in, nor to celebrate my 25th Birthday.

Several months prior to the trip I asked my friend, Kristin, if she would like to travel to Cuba with me.  Although she is as equally obsessed with traveling to exotic places, I still thought she would laugh at my crazy proposition.  However, without hesitation she said, “Siiiii!”  And within days our trip was planned.

The flight to Cancun was uneventful.  At the airport we had to buy a Cuban visa for $25 at the Cubana desk.  Because we are Americans, instead of pasting it into our passports they simply pasted it on to a little sheet of paper that they then tucked inside of our passports.  We did not have to ask for this courtesy, it was simply done without any mentioning.

We were starving and had a while before our flight took off, so we went to get some lunch.  For some reason the both of us had in our heads that we were to board at the actual time our flight departed.  Wow, did we panic when we checked our tickets and saw that we were in fact incorrect!  We grabbed our lunch and dashed to the gate.  Fortunately, the flight was delayed (a concept we were going to become intimately familiar with during our time in Cuba).  Otherwise, we would have missed our flight due to our carelessness.

The flight from Cancun to La Habana via Cubana was interesting to say the least.  The plane was ex-Soviet with limited legroom and AC, the flight attendants walked around in life preservers, and instead of peanuts they passed out candy. 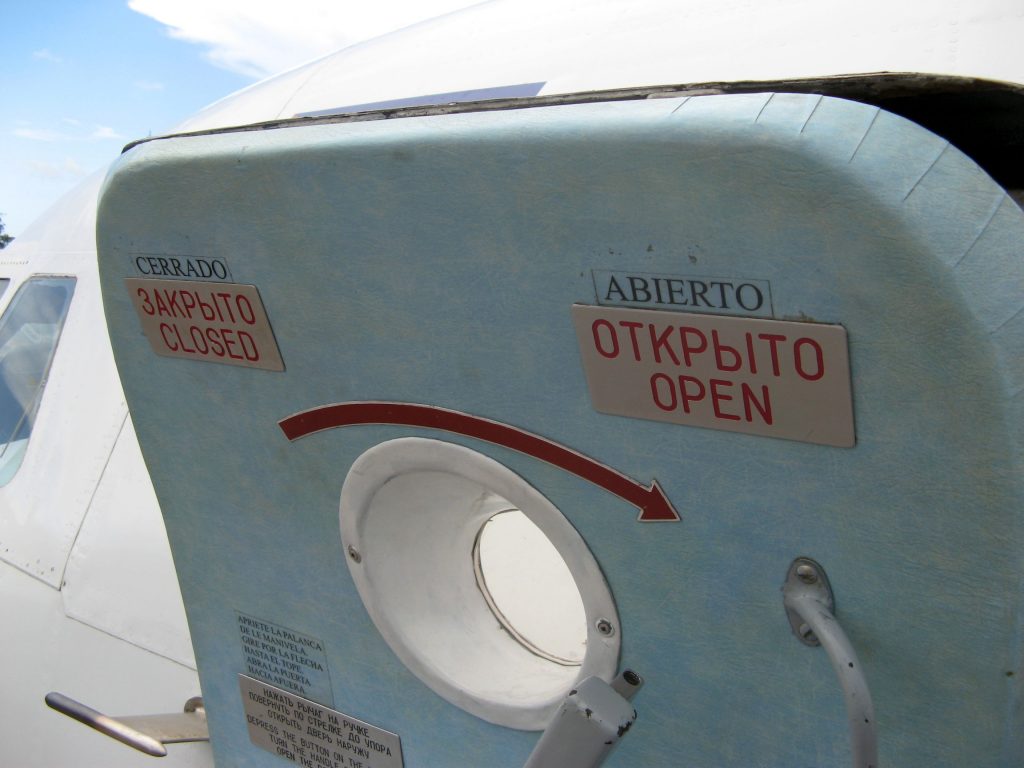 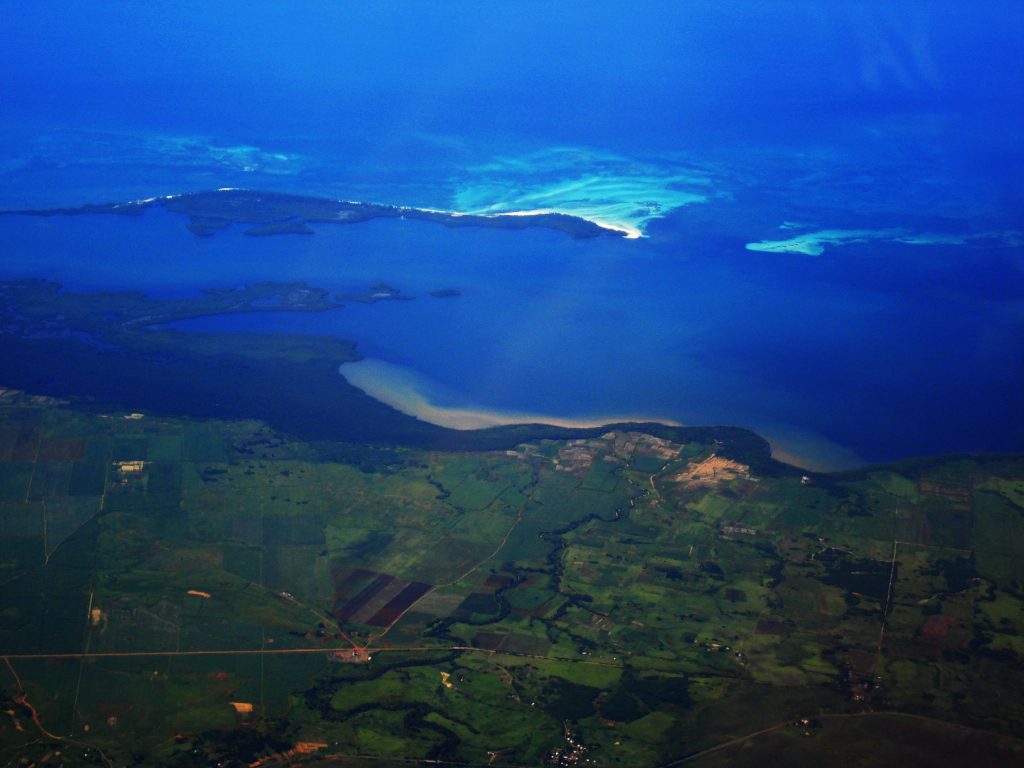 Since I was afraid of my luggage being lost forever in Cuba, I chose to solely bring carry-on.  I was quite proud of myself for fitting a week’s worth of stuff into a small bag (with a little room to spare for my Lonely Planet Cuba guide and the cigars I wanted to smuggle back).  Kristin and I each brought approximately $1000 cash (Euros for Kristin and Mexican Pesos for me), which we exchanged into Cuban Convertible Pesos (CUC$) at the airport once we landed.  You can exchange American Dollars in Cuba, but you are then subject to a 20% extra tax for doing so.  Avoid it by bringing any other type of currency.  Credit and debit cards for Americans are not accepted anywhere in the country due to the economic embargo and I strongly suggest to bring more money than you expect to need, as Cuba is surprisingly expensive for tourists. 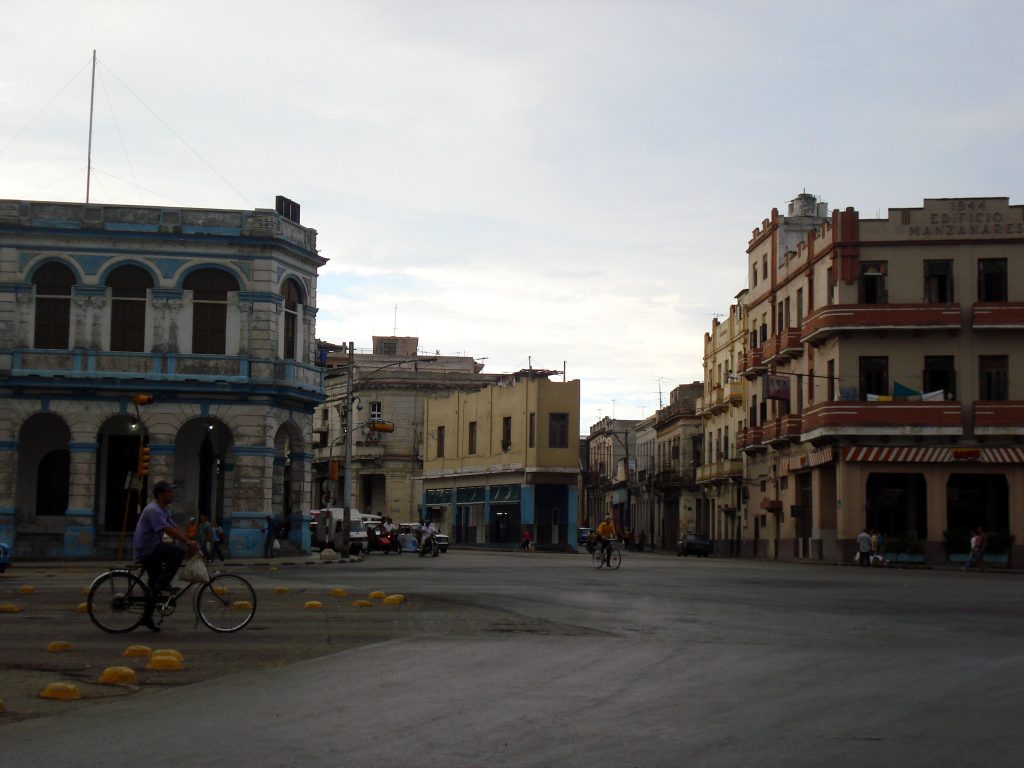 The best accommodations are the casa particulares, or government regulated rooms that Cubans rent to foreigners.  We found ours here.  Strangely, we did not end up staying at some of the ones we booked online, because as you will eventually read our plans changed a lot.  However, we found other casas to stay in at the last minute and they ended up being perfect.

On our first night in La Habana we were going to stay with someone we had met through Couchsurfing, except when we arrived at the casa the gentleman that we had been in communication with informed us that the room we had requested was no longer available.  Thankfully, he suggested that we stay at his friend’s casa instead.  From that point on the motto of our trip became the commonly used Cuban phrase: “Es Cuba (that’s Cuba)!”  Whenever we encountered a frustration, which was often, we would say it and in doing so we would start to smile again.

The casa we then went to was owned by a lovely couple named Sergio and Miriam.  They were incredibly hospitable and had an adorable daughter who fell in love with my iPod.  Our room had two double beds with AC.  I highly recommend staying with them if you are in La Habana.  The area that the casa was located in is called Habana Vieja, or Old Habana.  After getting settled into our room we went for a stroll around the neighborhood and over to Plaza Vieja, which is a beautiful aging plaza with a fountain in the center of it. 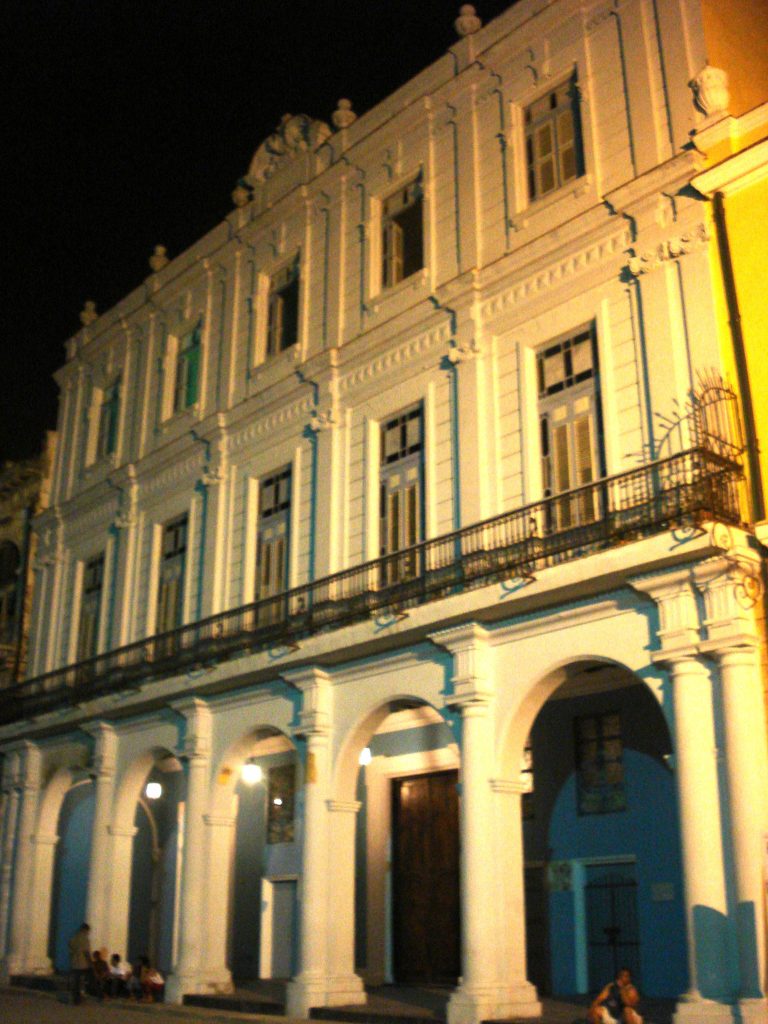 We ate at Café Taberna and before our meals arrived we toasted our first of many mojitos of the trip.  We made it and we could not wait to further explore this forbidden land! 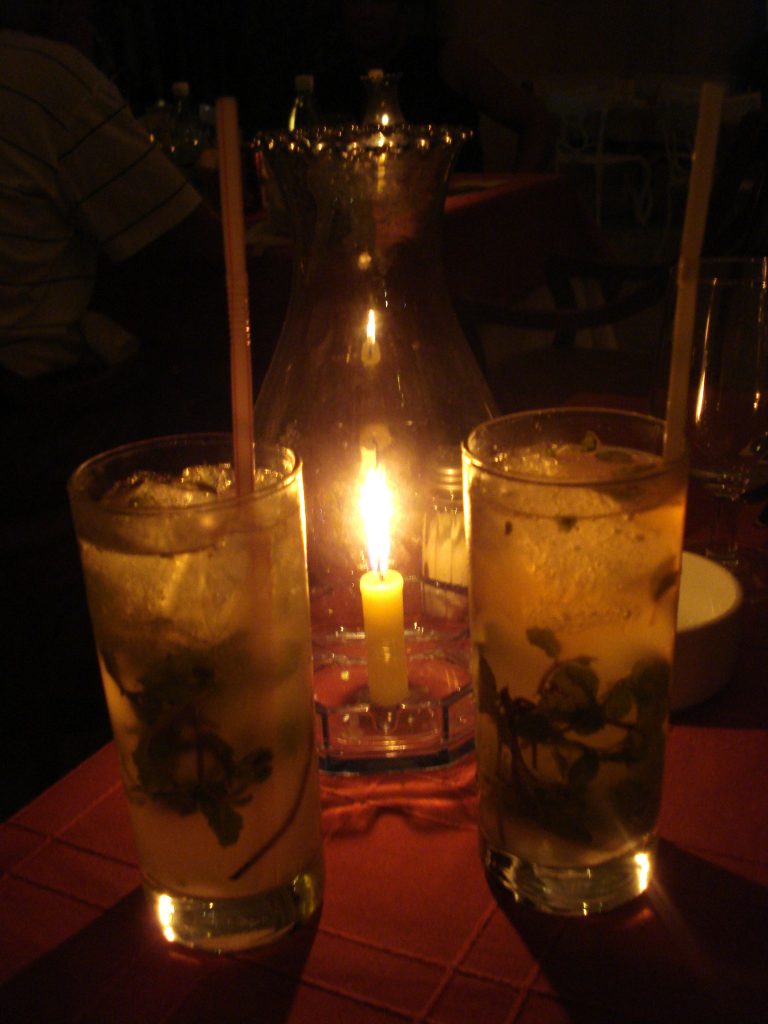