What a thrill it was to wake up in Cuba! 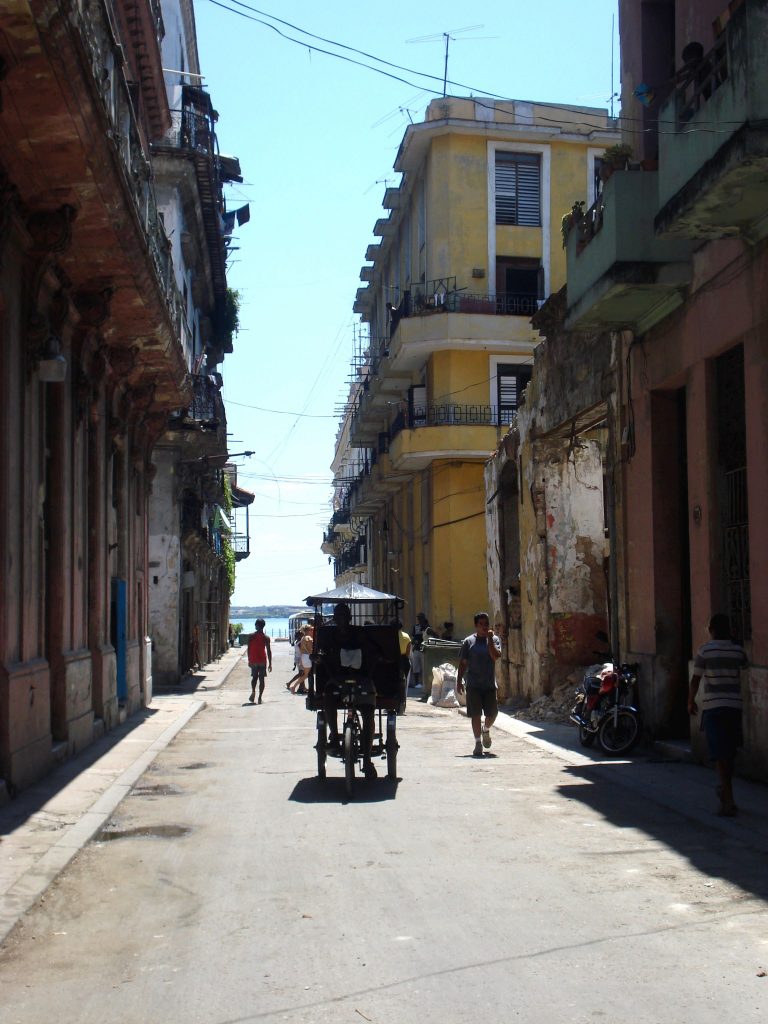 Kristin and I really wanted to dedicate some of our time in Cuba to snorkeling, especially since it is known for its extraordinary diving spots.  This was the main reason why we booked a side-trip to Isla de la Juventud.  ‘La Isla,’ which is the affectionate name the locals have given it, is situated about one hundred kilometers east of the mainland.  It is known for having one of the best underwater coral formations in the Caribbean, as well as drop-offs, ship wrecks, caves, and a variety of marine life.

It is also known for housing some famous people in its prison; including both President Batista and Castro and many pirates whom had sailed there to escape imprisonment elsewhere.  Nueva Gerona is the capitol and that is where we were scheduled to fly in to for two days, one of those days being my Birthday.

Kristin and I were told by many Cubans that we needed to arrive three hours before our flight.  We both thought that was a bit ridiculous, but when we walked into the domestic terminal we quickly understood why we were given that advice.  There was only one person servicing the entire airport.  We waited in line for at least an hour and when we finally made our way to the counter we were informed that there was a flight delay.  Not knowing what to do with ourselves for several hours, we hesitantly checked in our luggage and decided to go for a walk to try and find some propaganda signs we had spotted on the taxi ride to the airport. 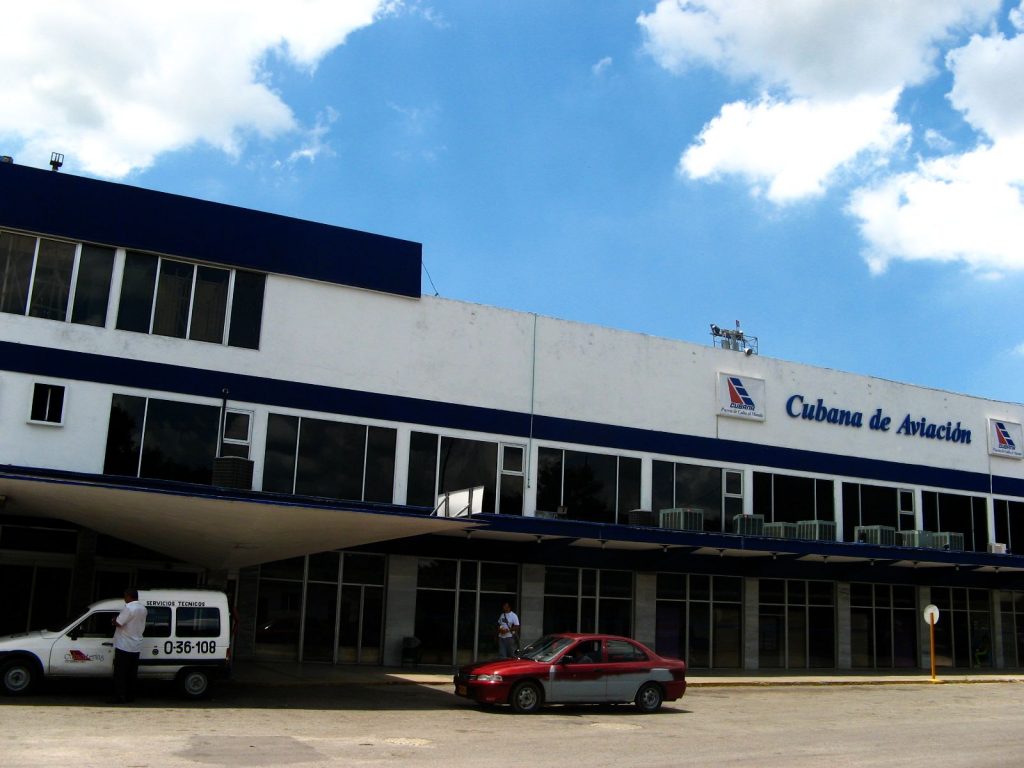 As an American, it is impossible to speak about Cuba, let alone to make the choice to travel there, with all the red tape and implied illegalities and say that it is not political.  Therefore, I apologize if my political commentary throughout my posts offends in any way.  Obviously, I am against the current embargo that the United States has with Cuba and while I know my traveling there has no impact on it in any way, it was my one little way of rebelling.  I think Che would have been very proud of me!

It was well over 100% humidity and the mosquitoes were out in full-force, though neither of those things mattered to us after finding the signs.  Cuba is the only communist country in the Western Hemisphere and one of the few remaining in the world.  Fidel Castro is now the longest-ruling leader alive today (at the time I visited he was still in power).  I am not a Castro fan, nor any dictator’s for that matter, but I am greatly intrigued by the immense power he continues to have over his great nation.  These signs really captured some of that power and that is why I wanted to photograph them. 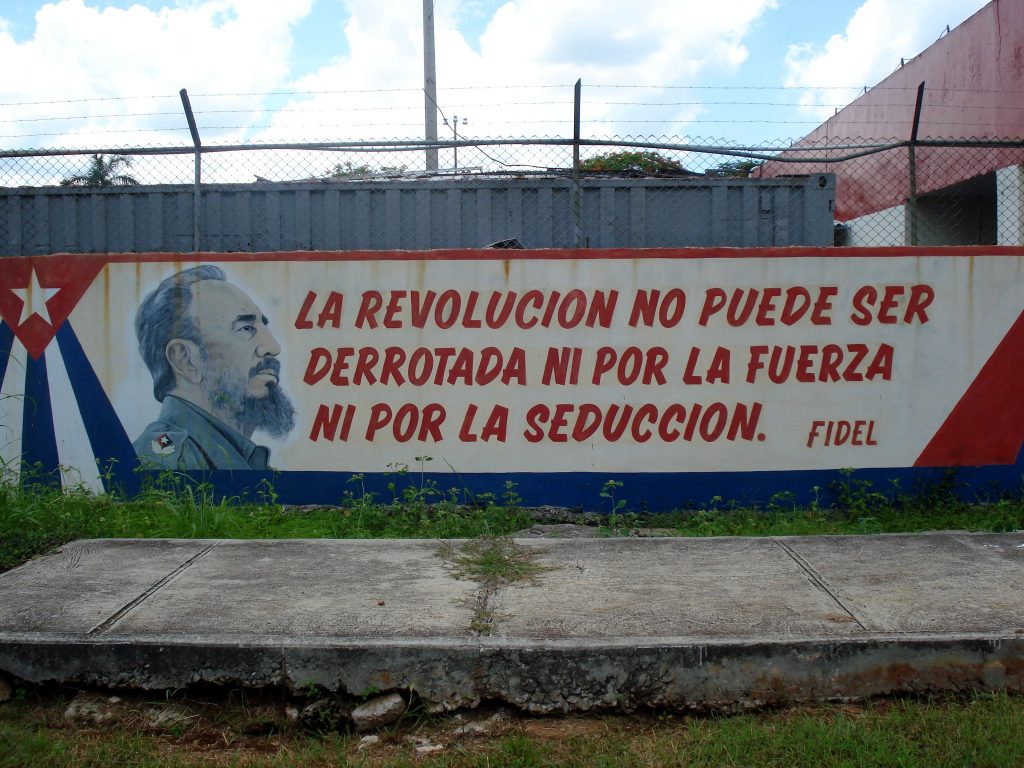 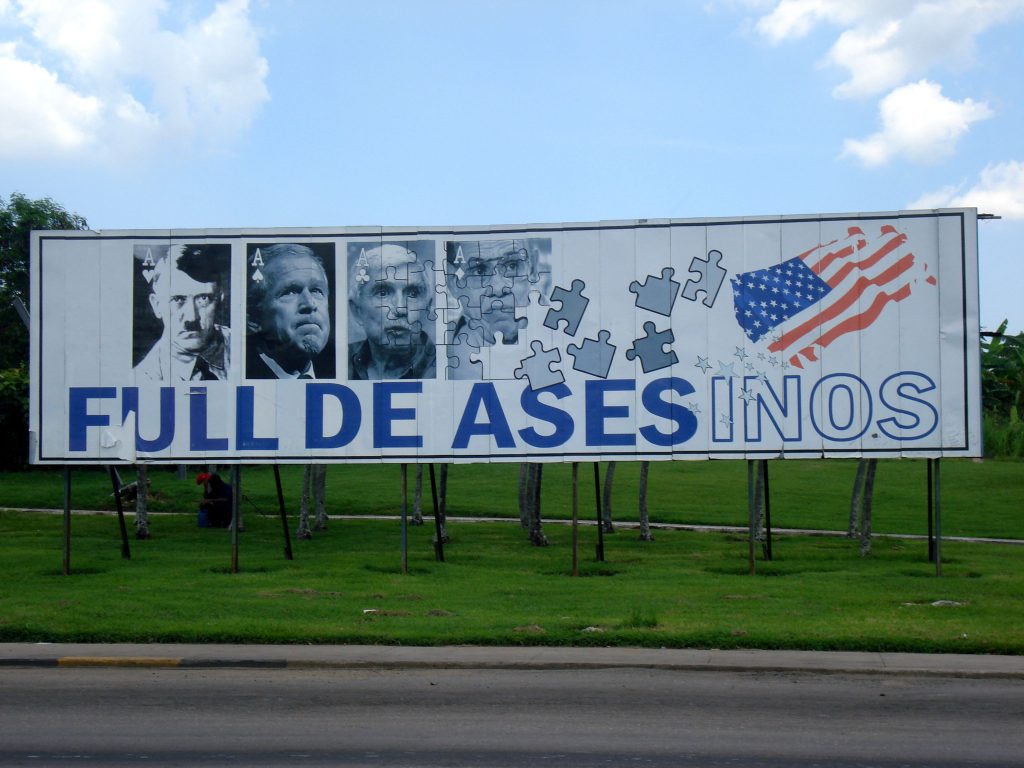 The old American cars that drove past us while we walked along the highway looking for the signs were beyond fantastic!  Cuba simply exudes sexiness and the cars definitely add to it. 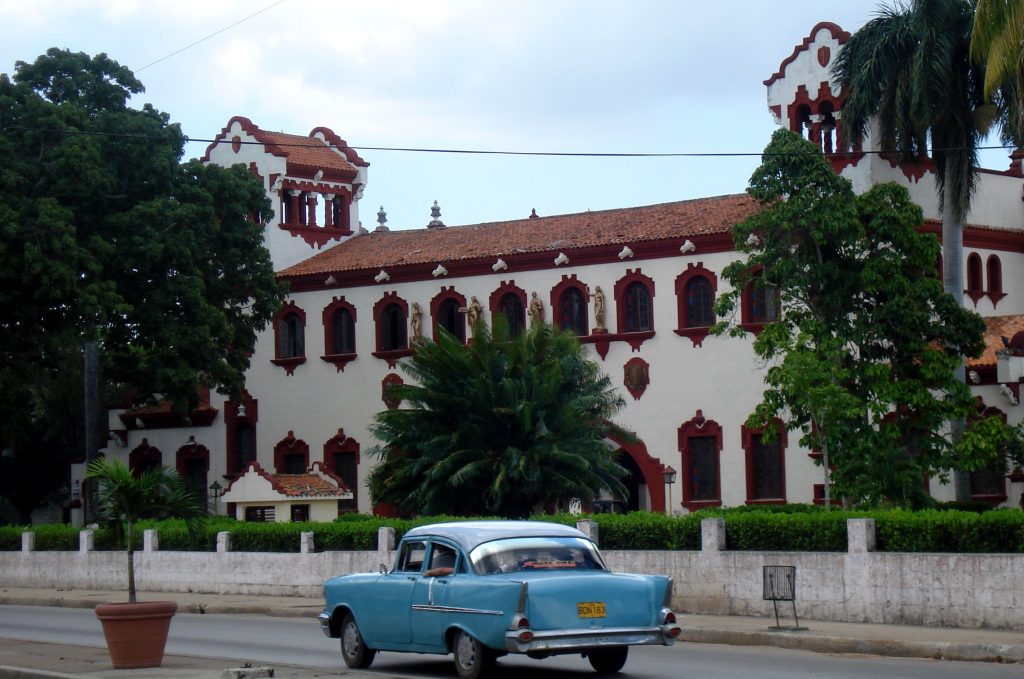 Having received our political-fix for the day, Kristin and I decided to return to the airport to get an update on our flight situation. . .