Having still not properly seen La Habana yet, we chose to spend the day walking around the city.  However, before we set out, we had one last stroll around the grand Nacional.  Unfortunately, Kristin and I had to leave it for our new casa (Sergio and Miriam’s place was booked up for the next couple of days). 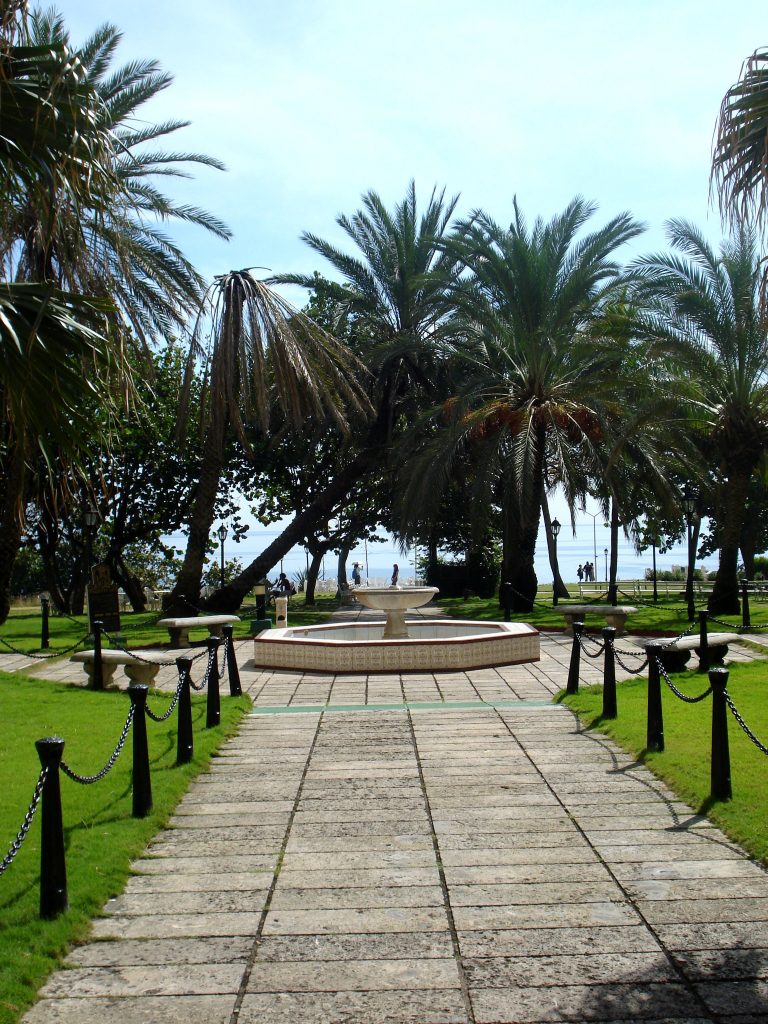 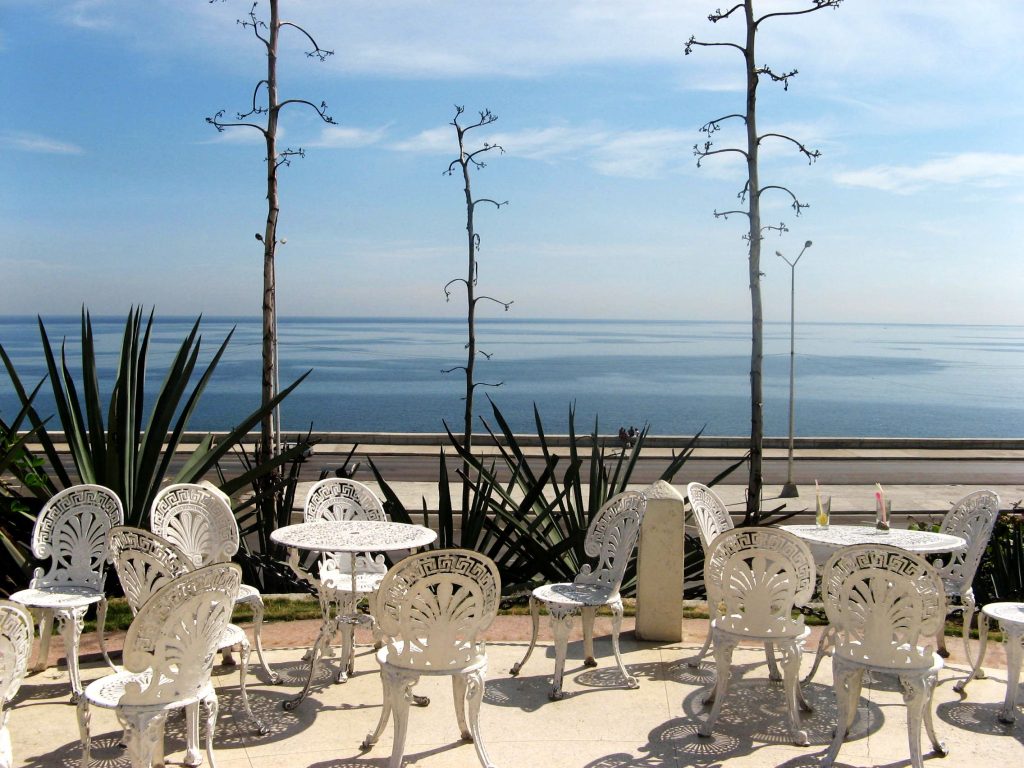 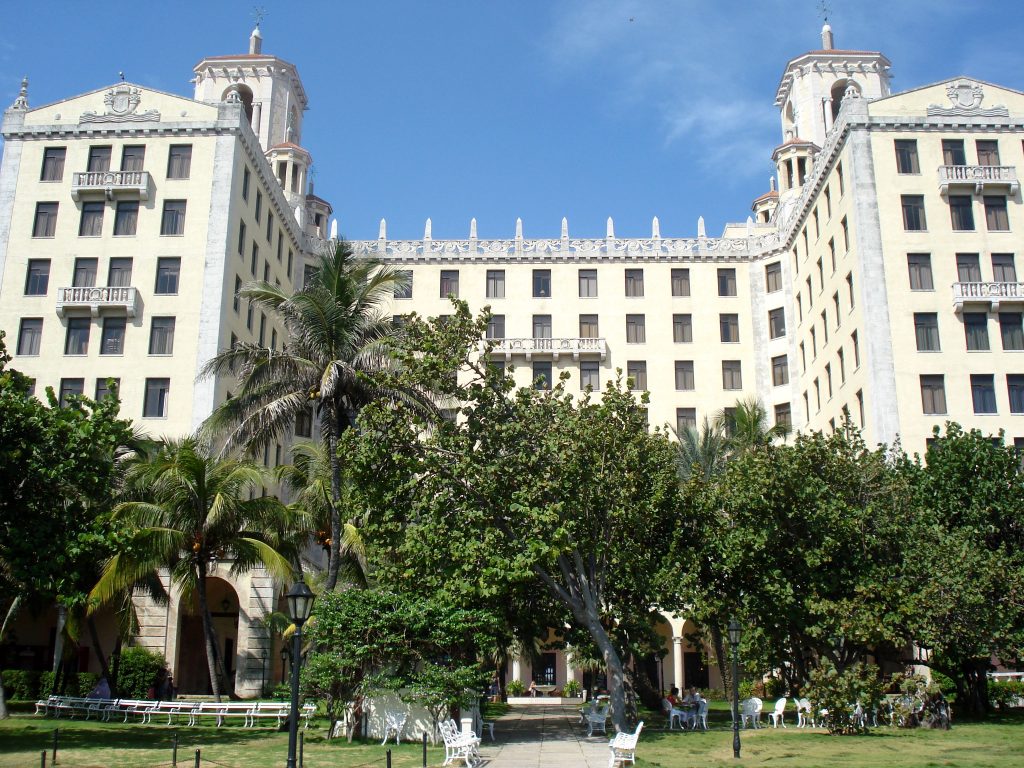 We started our walk at the place I was most excited to see, because of its political significance: the United States Diplomatic Mission, which is located in Vedado across from the Nacional.  In 2006, Castro erected huge flag poles with 138 black flags, each centered with a white star, that were aimed to block an electronic sign beaming messages from the facade.  It is basically Castro’s way of giving the middle finger to the United States while still “respecting” the idea of freedom of speech.  Cubans say the flags symbolize the people who have died as the result of violent acts against Cuba by Americans since its 1959 Revolution. 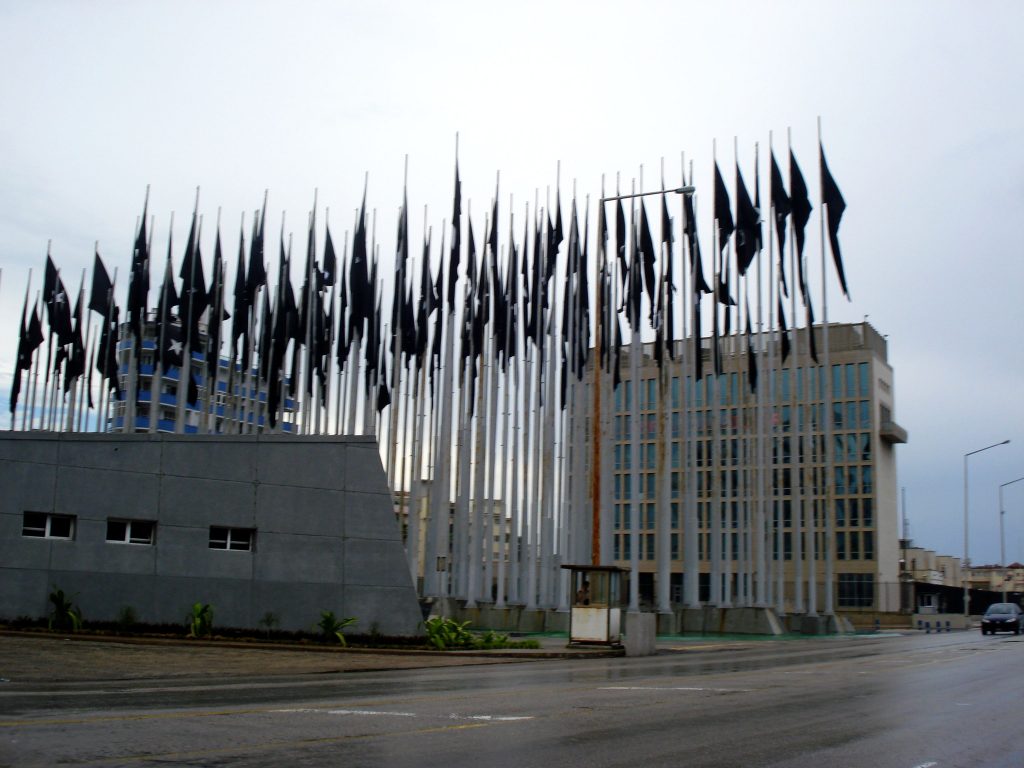 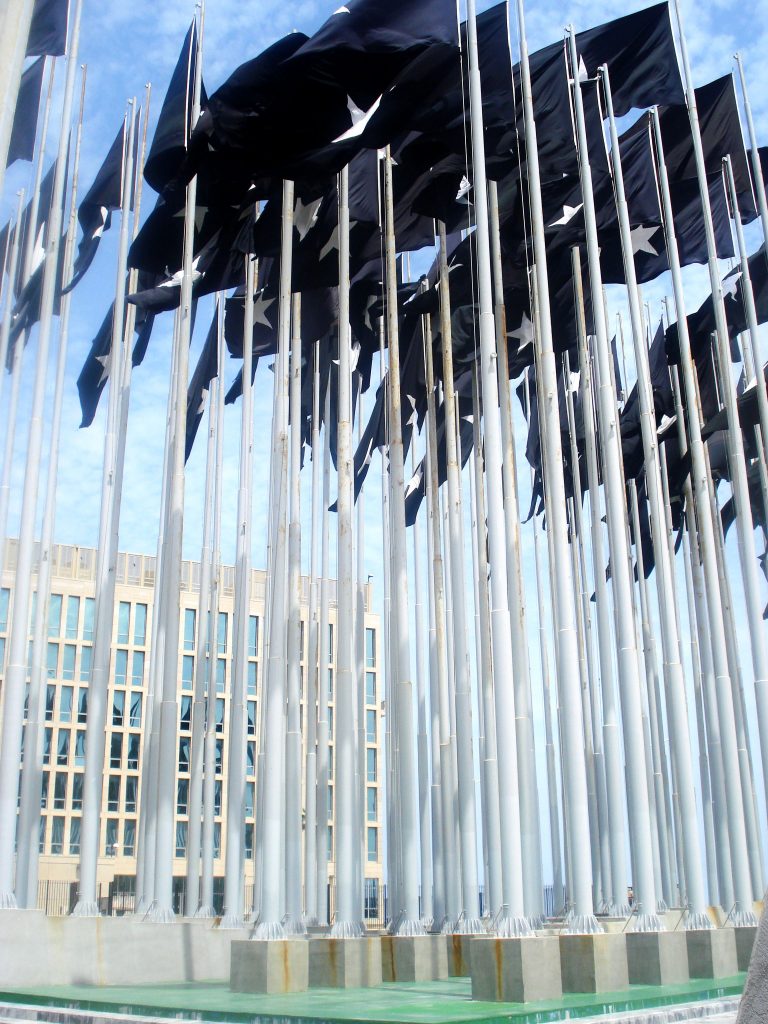 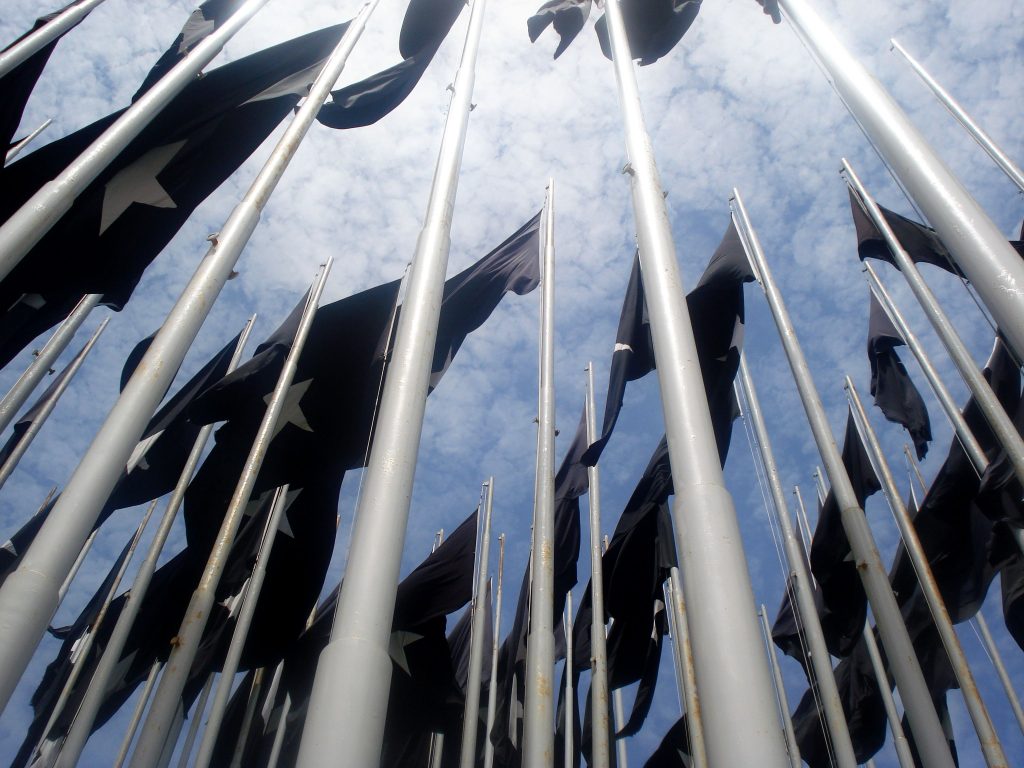 And of course there were more propaganda signs nearby, just in case the flags were not a clear enough message. 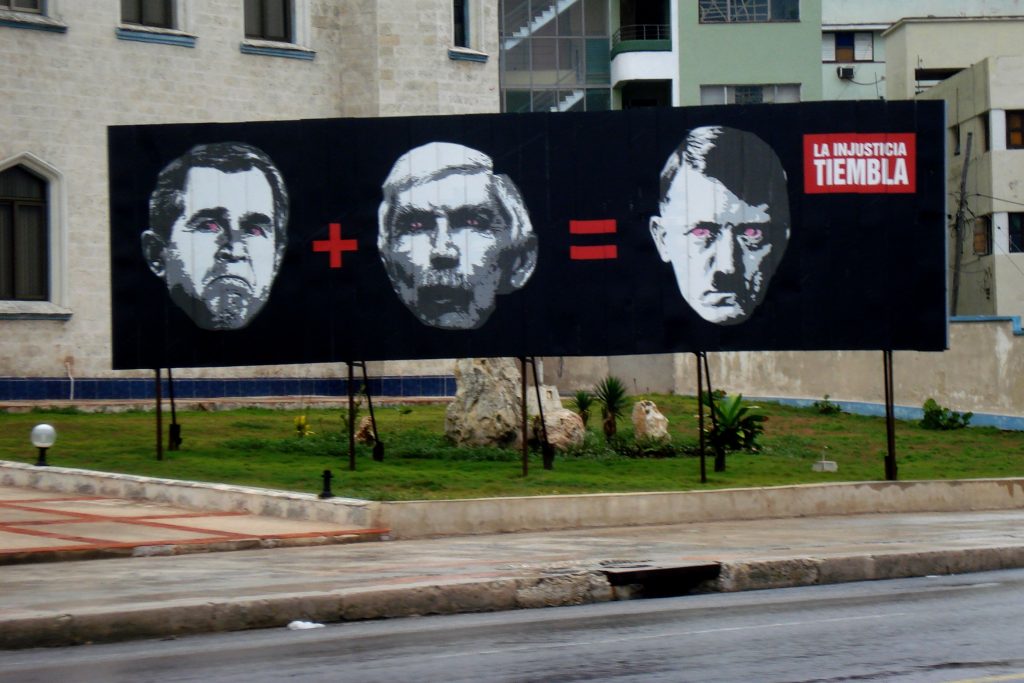 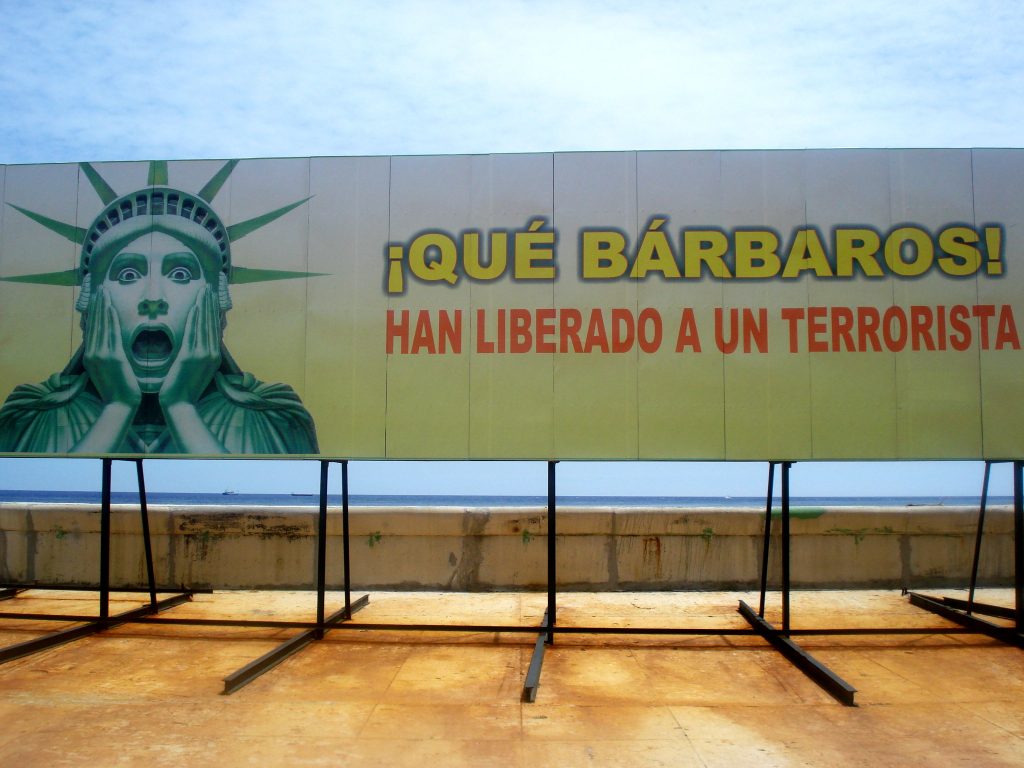 Because it was incredibly hot with 100% humidity, we decided to indulge by taking a taxi into downtown La Habana. 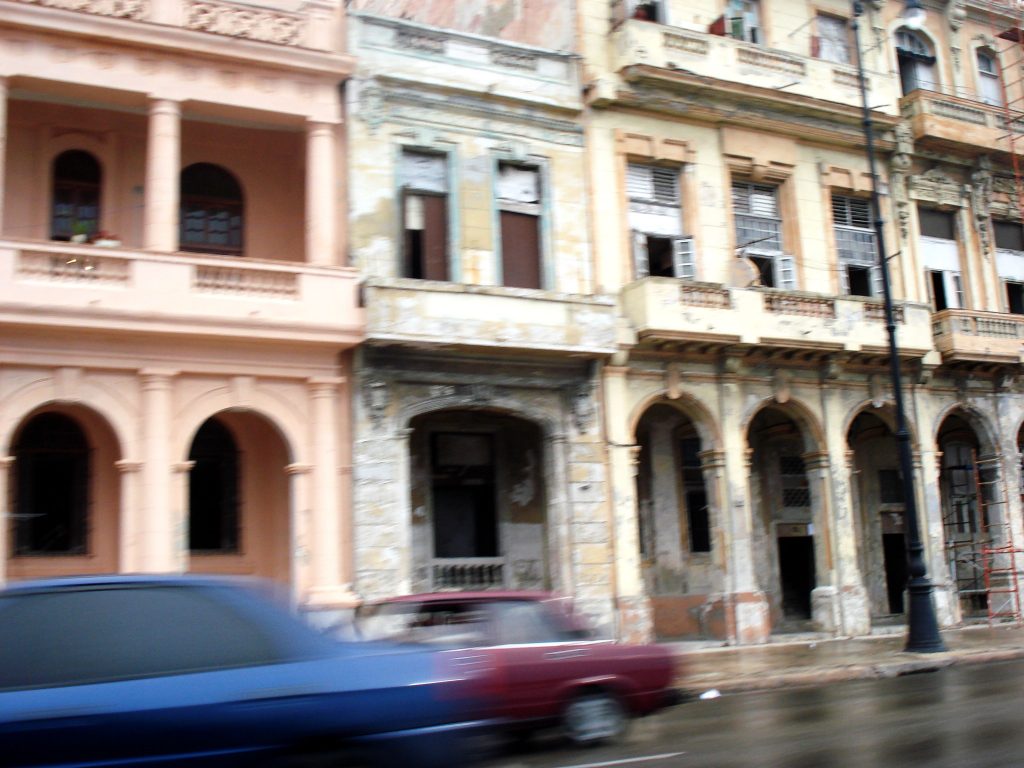 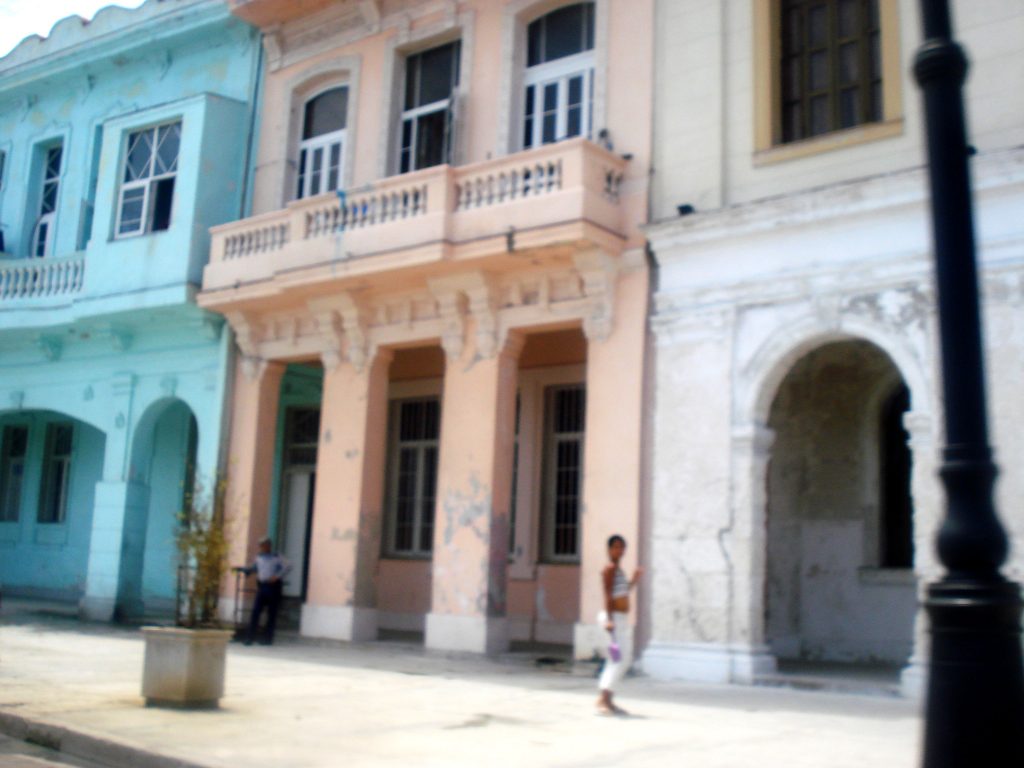 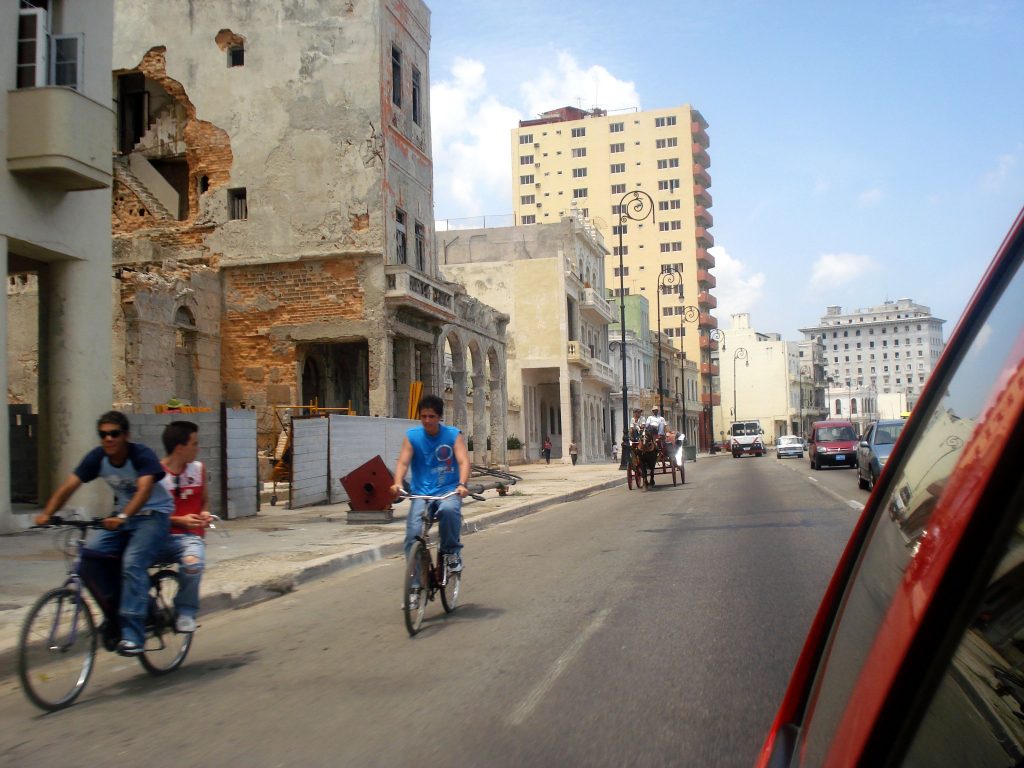 Once downtown, we simply got lost in the colorful and rhythmic city. . .