For those of you unaware of the announcement I made several months ago regarding my engagement, news flash: I am getting married!  Never one to lead a simple and uncomplicated life, my fiance (who is Argentinean) and I decided to have the wedding in Buenos Aires, Argentina.  Sounds glamorous, yes, but that also means having to plan a wedding 5,012 miles away.  So, with that glamor comes the potential for mountains of stress.  Luckily one of my best friend’s happens to live in Buenos Aires and offered to be my official wedding planner.  She is such a Saint for assuming this role and after the crazy roller coasters that she has had to ride on my behalf (do not worry, I will share all of the gossip in time) I promised her I would name my first born after her, regardless if it is a boy or a girl!

While Skype has allowed us to keep in touch every single day, we both felt that I needed to visit Buenos Aires at least once before the wedding to give my final blessing in person on everything that had been decided.  Plus, I owed her a couple of bottles of Malbec for all that she had done for me.  Thus, a trip to Argentina was in order!  I decided to use the last of my American Airlines points for the flight and while I was playing around with the flight schedules online I noticed that I could use the same amount of points that it would take to fly into Buenos Aires to also fly into Santiago, Chile.  The thing that I most love about American Airlines and their frequent flier points system is that you can book one-way tickets, whereas most of the other airlines require you book round-trip tickets in and out of the same city.

I have always wanted to visit Chile and especially as of late, as I have two dear friends residing in Santiago.  However, every time I have had the opportunity to visit I have declined, because if I was going to go to Chile I had to visit Easter Island while I was there.  And all of the opportunities never included enough time for that sojourn.  Now the opportunity to visit Santiago was presenting itself to me yet again and I did have the time to visit Easter Island.  To say I was elated was the understatement of a century!  How could one not be seduced by the fact that it is the most remote island in the world?

After weeks of planning, I finally decided on: 2.5 days in Santiago, 3.5 days in Easter Island, a half day in Santiago, and then 10 days in Buenos Aires.  A new country, an exotic island, and over a week in my favorite city with my favorite people — it was the recipe for a perfect trip.  Oh, and there was to be a surprise trip to Colonia, Uruguay as well! 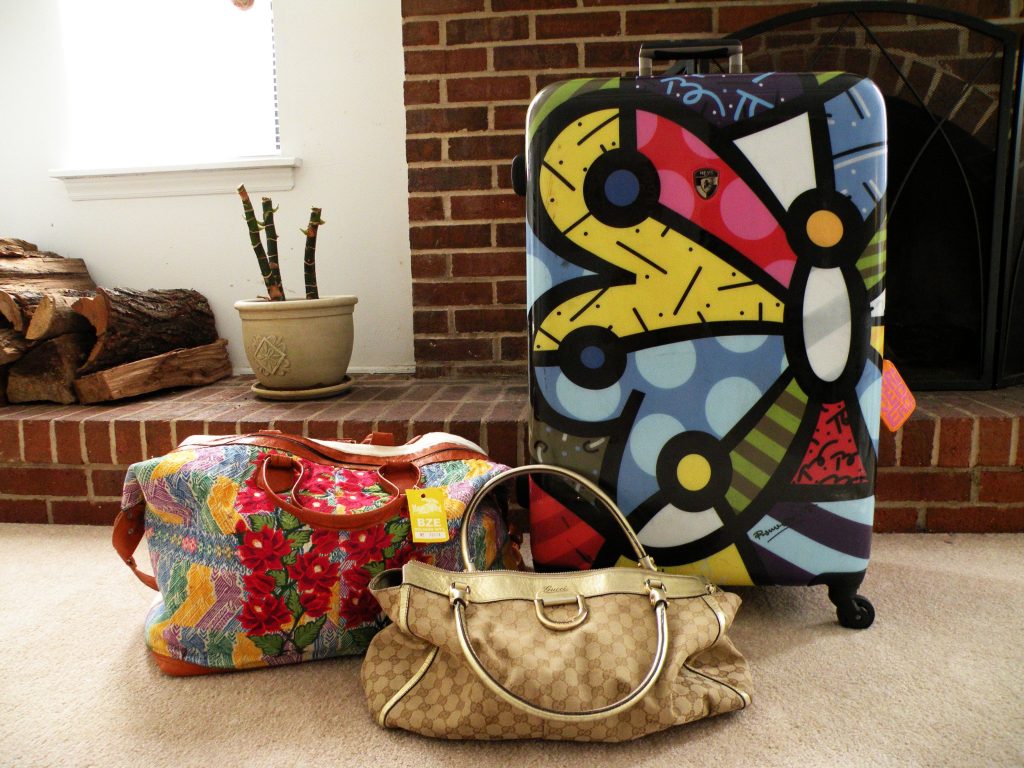 My usual luggage for my trips.