In case you missed my first and second stops on the island, click here and here.  Alicia, my tour guide/soul sister, and I continued on our drive.  In the distance, I spotted some mountains and was surprised to see them, since the scenery had been quite flat thus far. 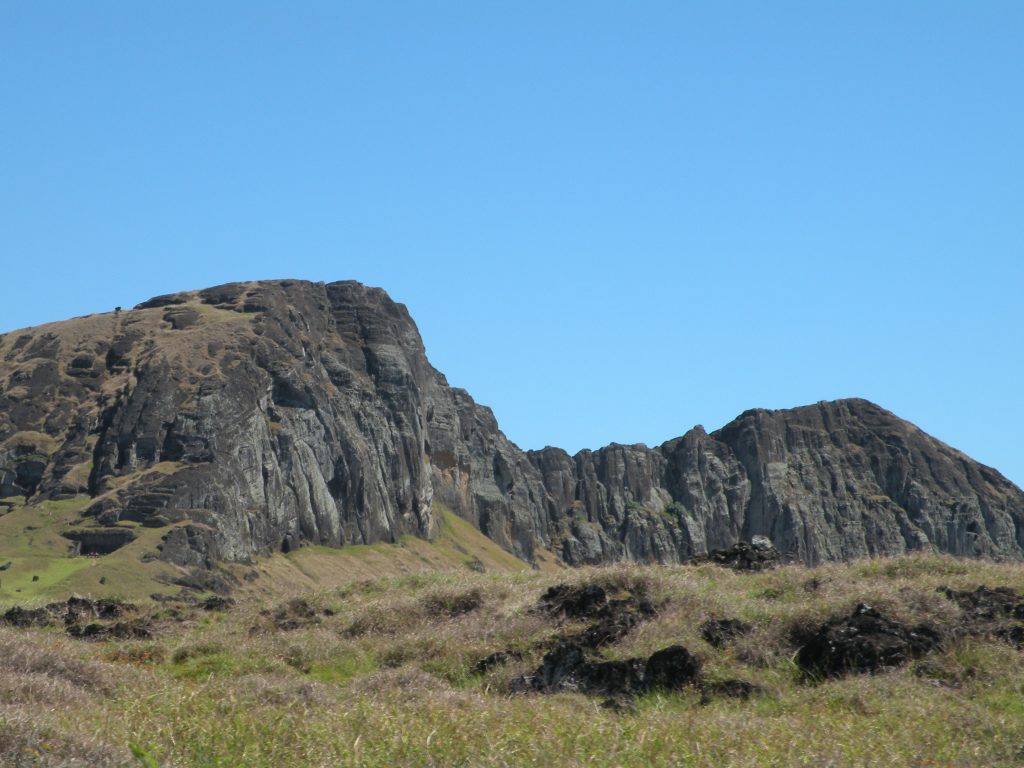 As we got closer, Alicia pointed towards the mountains and said in a childlike wonderment, “Do you see them?  They are amazing, si?” 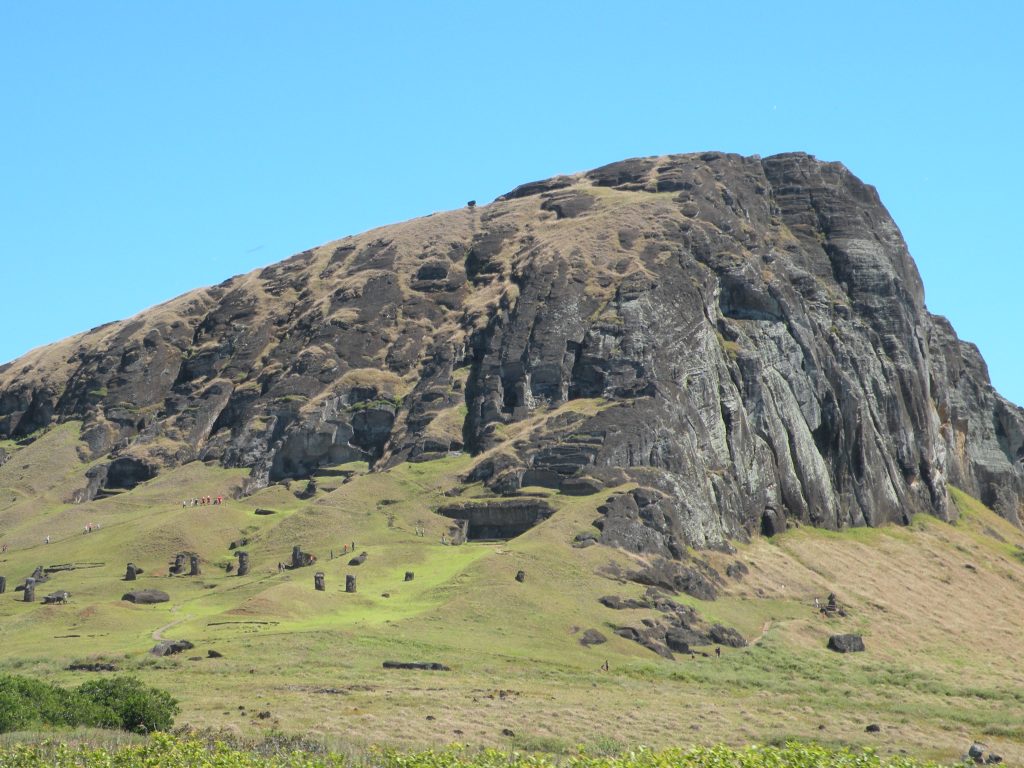 Sadly, I am not blessed with the best vision, so no, I could not see “them.”  But, with my camera zoom I could! 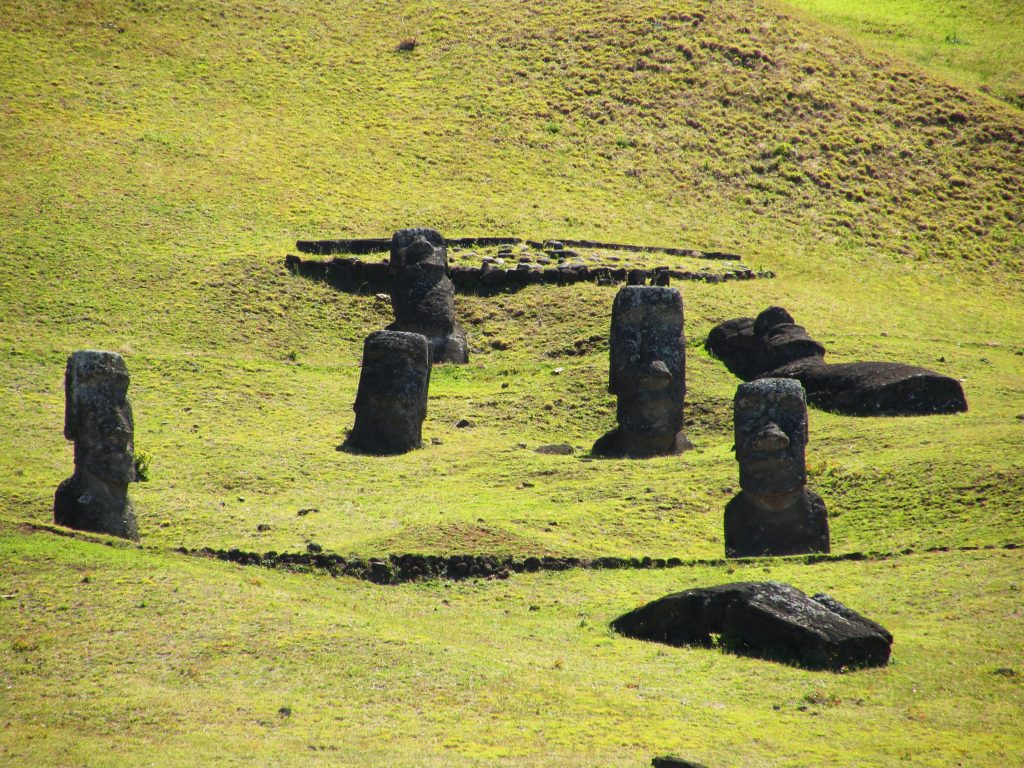 We parked the car and set off to wander up the mountain and make friends with the Moai.  This part of the island is the most visited, because most of them have been restored, some even close to their original grandeur thanks to various sponsoring countries. 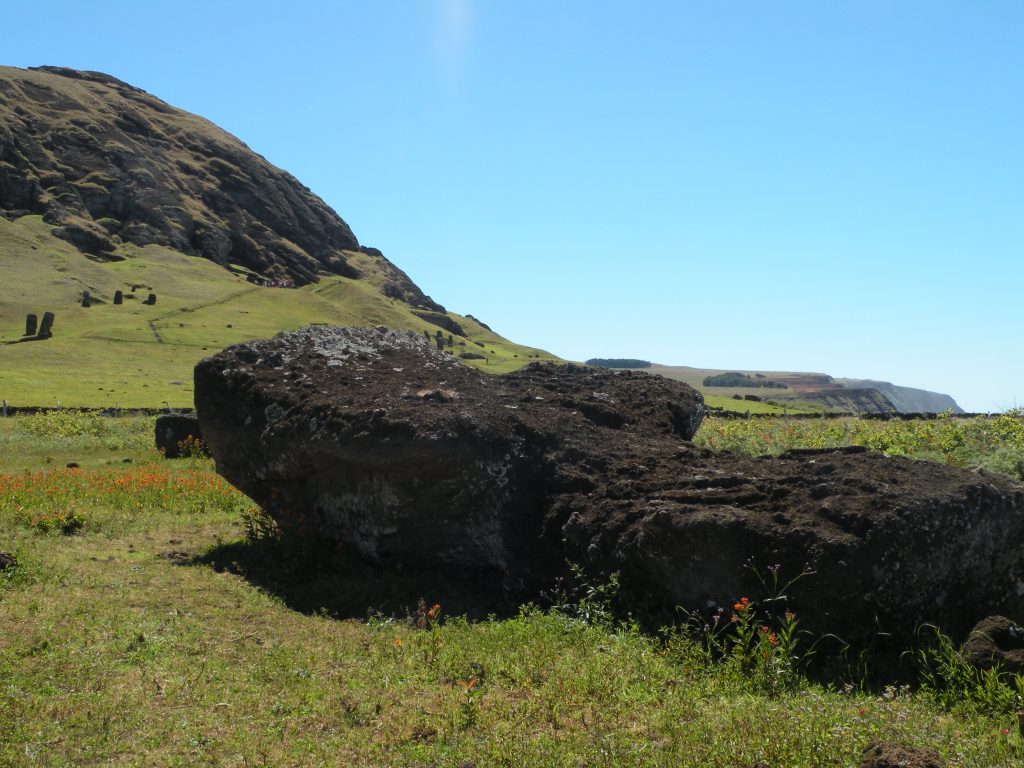 Before we stepped foot on the trail, Alicia tucked a native flower behind my ear, claiming that all Rapa Nui women wore them.  She then snapped the following picture without any warning, also claiming that that is the only way to take a picture.

Alicia has seen the Moai thousands of times, yet she still oozes excitement about being up close and personal with them.  I adore people like this; people who refuse to become jaded and allow life to continuously delight them. 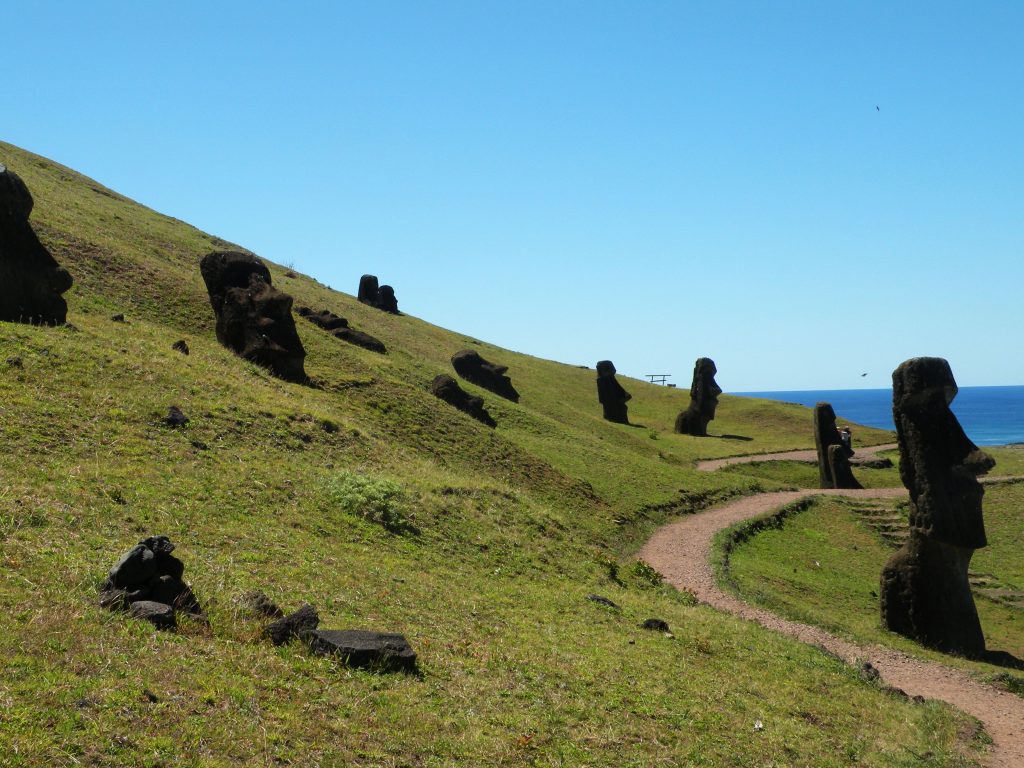 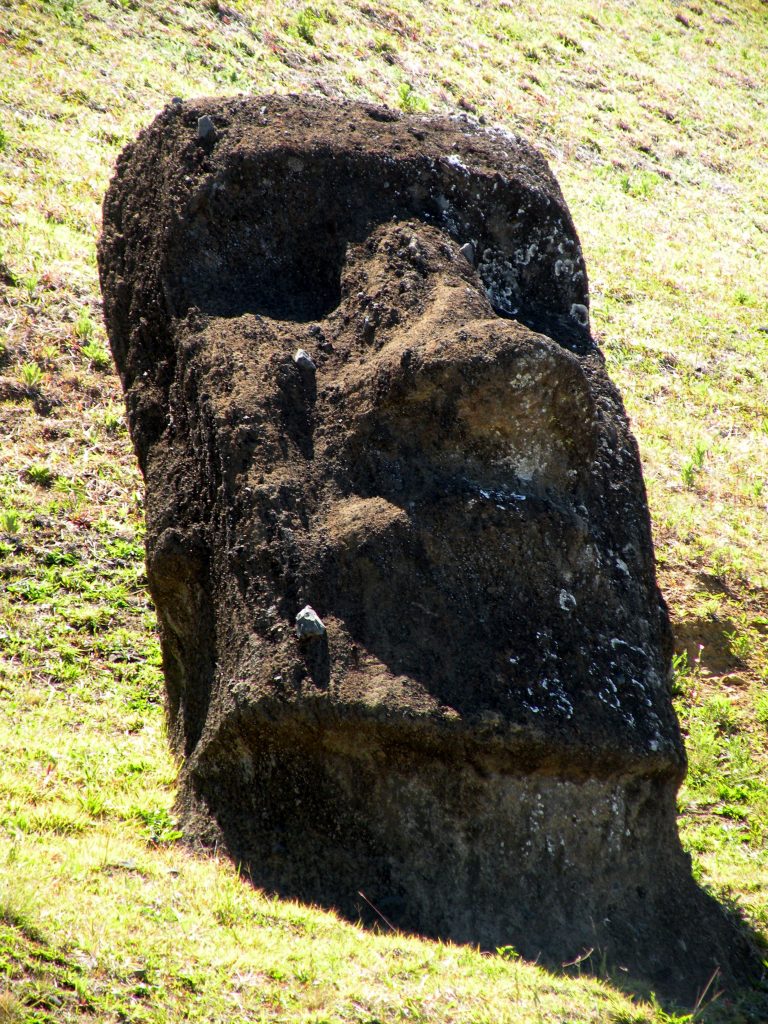 It was amazing to me just how close you were allowed to get to the statues.  Though I was warned bad luck would be upon me if I touched them, so no touching for me! 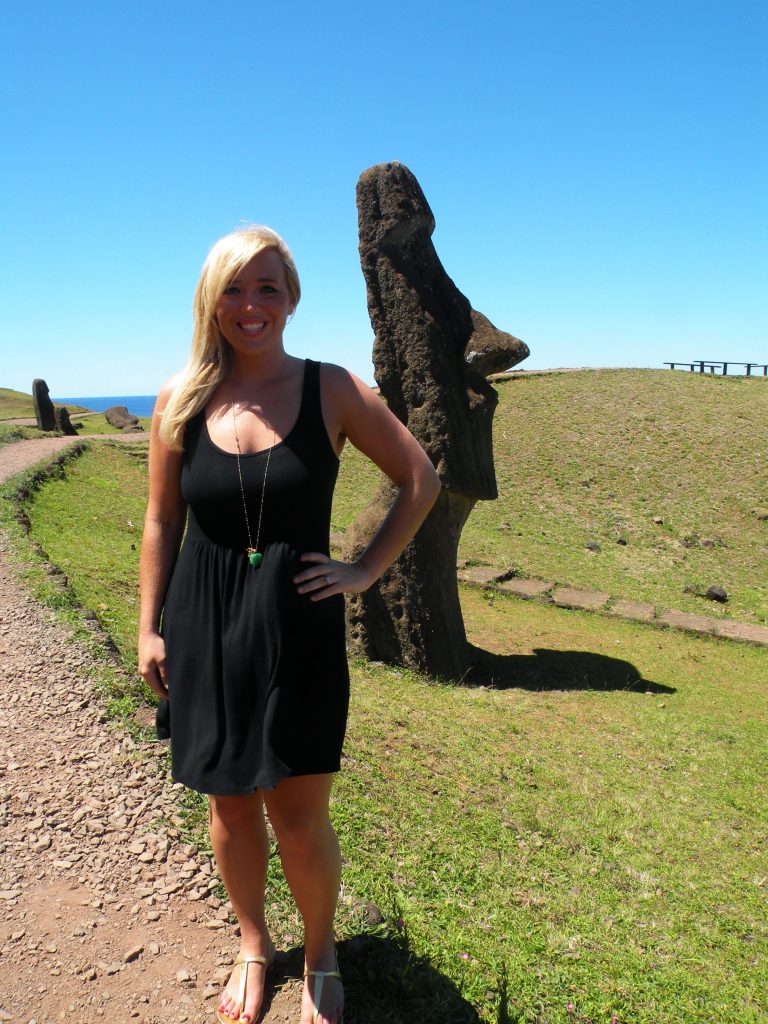 With each passing Moai, Alicia had a different story tell.  Can you imagine growing up as a child with these statues practically in your backyard? 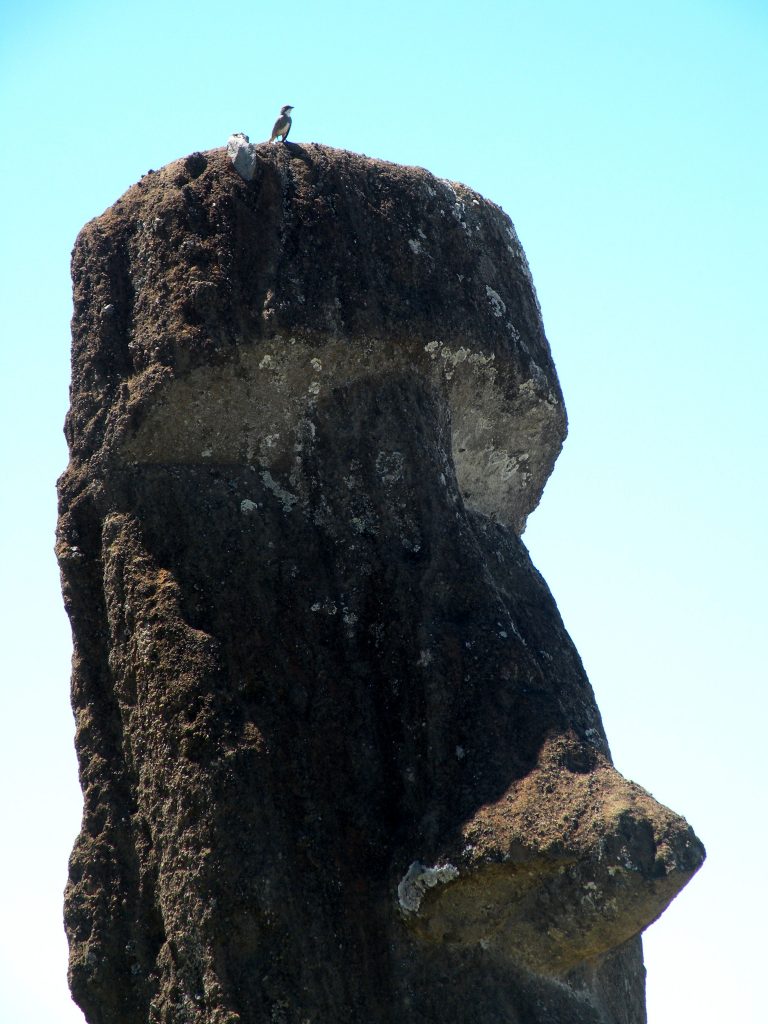 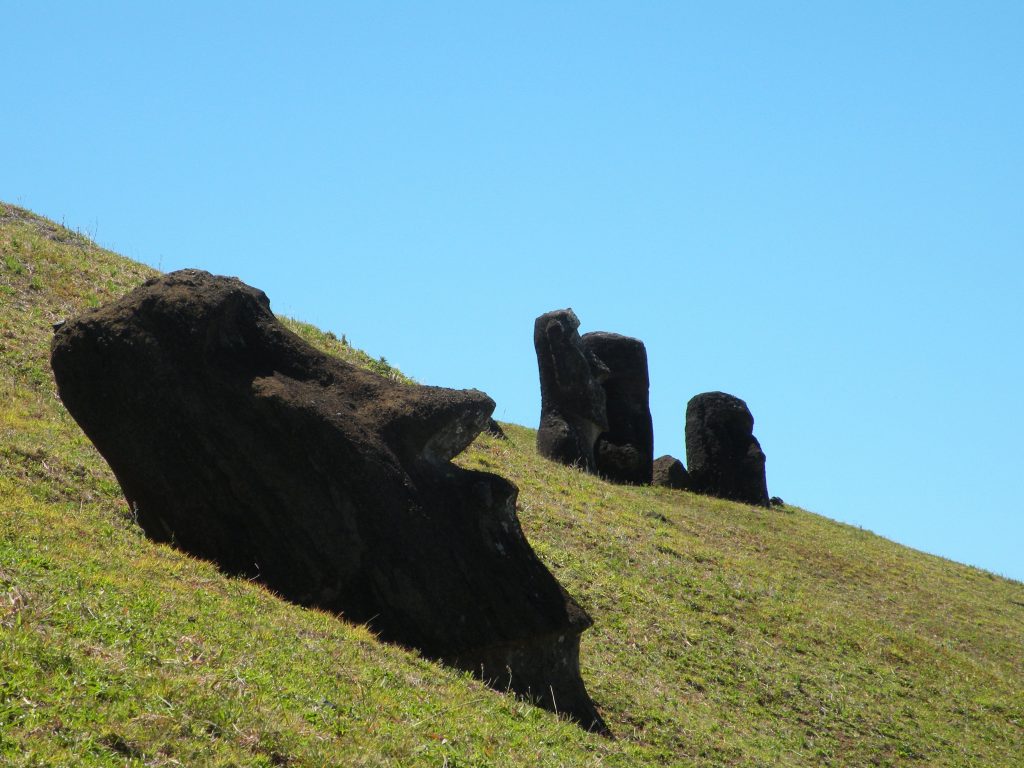 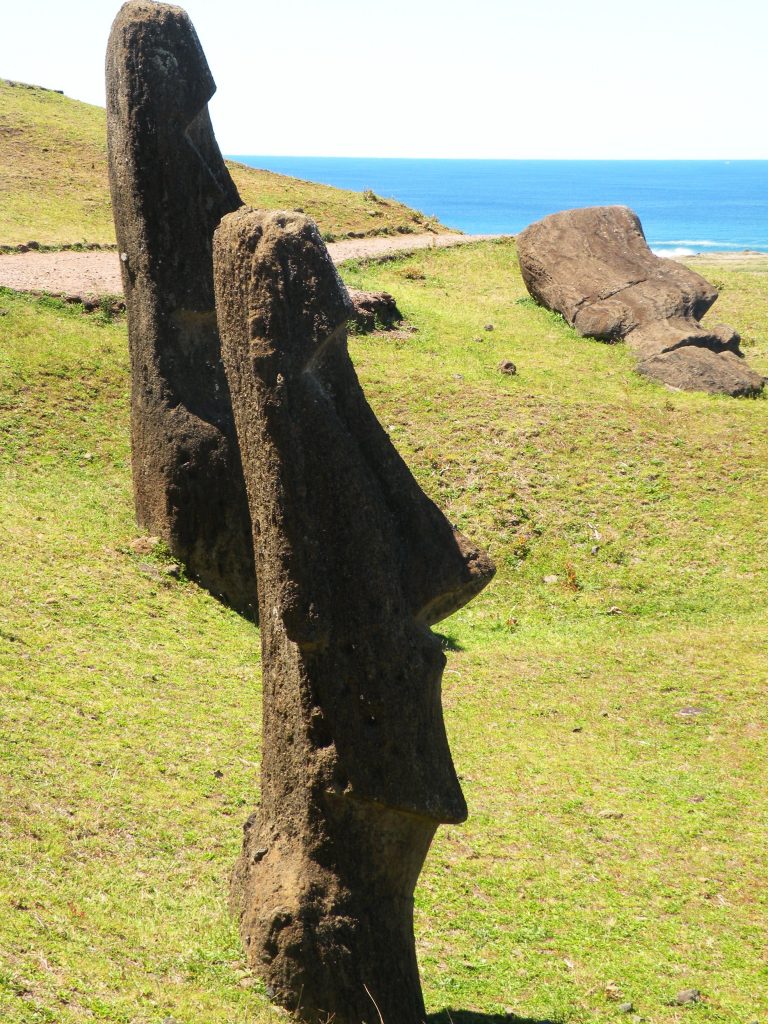 With each twist and turn of the path, my heart beat faster and faster.  What would I see next?