The menu tasting went deliciously well.  I wish that I would have taken some pictures of the different foods that we tasted, because I know that some of the foodies that read my blog would have been impressed, but I was so caught up in the moment that taking pictures was the last thing on my mind.  Argentines love to eat, despite having some of the thinnest people in the world.  So, believe it or not, we are going to have eight courses during the reception.  Yes, you read that right, eight!  And an open wine and champagne bar.  How any of us will be able to get out of our chair at the end of the night I am not sure?

I do have a little secret to share: my wedding cake is going to be the world’s best wedding cake ever.  I decided to skip the traditional wedding cake, since I am not really a traditional kind of gal, thus we are going to have a chocolate and dulce de leche cake.  I am drooling just thinking about it now.  Below is how the cake will look though much bigger and decorated more nicely.

Almost every single day I get asked about “our story.”  I eluded in a previous post that I want to eventually write a romantic travelogue that details Lucas and I’s extraordinary history together, so for now I hope that the following synopsis is sufficient enough until the book comes out:

Five years ago in a crowded nightclub in Buenos Aires, Argentina, an Argentine man and an American woman caught each other’s gaze.  They naturally gravitated towards one another and when they were finally side by side he offered to buy her a glass of champagne.  By the time they were both done with their drinks they had fallen in love.  He says it was her eyes that first captured his heart and she says for her it was his smile (his sexy accent did not hurt either!).

Over the following years there were countless emails, phone calls, and trips to see each other.  While it might have taken half a decade to make the decision to finally get married, they have always known that they were destined to be together forever.

Before they were ready to tie the knot, some important things had to be taken care of.   She needed to finish her Graduate Degree in Chinese Medicine and open up her own Wellness Center.  She also needed to travel the world in search of more beautiful adventures, though he did join her when he could.  You see, his time was limited, as he was busy being the personal guard to the President of Argentina.

Long-distance love is a journey in and of itself.  It is the kind of journey you do not buy a ticket for; you stumble across it by accident, and it does not say whether it is going to be a one-way or a round-trip, but inevitably you find out at some point along the way.  Thus, this past May, in Buzios, Brasil, quite possibly the most romantic place in the world, he asked for her hand in marriage and without a moment of hesitation she said, “si!” 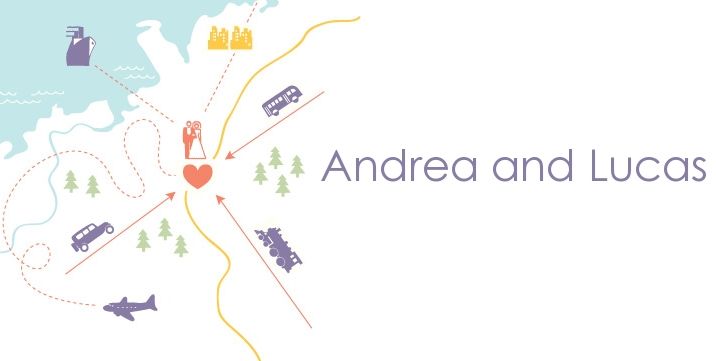