When Lucas finally walked into the restaurant and took a seat with Julie and Seba it truly felt as though reality had become a dream.  As he began to open his faux present, I floated down the stairs on a cloud of surrealness.  I vividly remember the second that I tapped him on the shoulder and his eyes immediately welled up with tears at first sight of me.  His reaction is something that I will hold onto tightly in my treasure chest of memories forever. 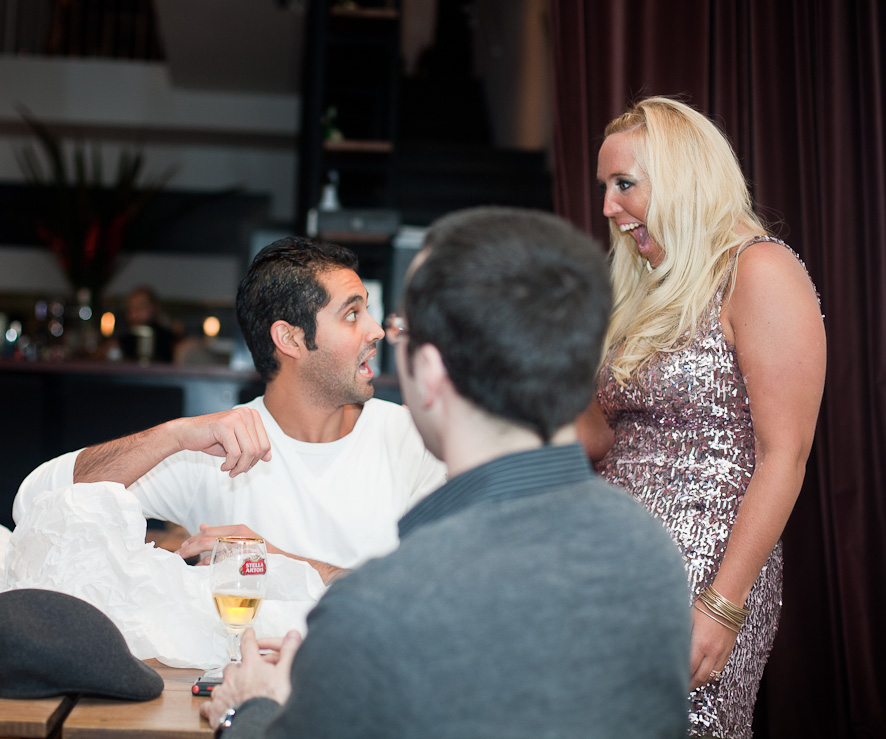 Before he grabbed and kissed me, I said to him:

You did not think I would miss your Birthday did you?  I am your present! 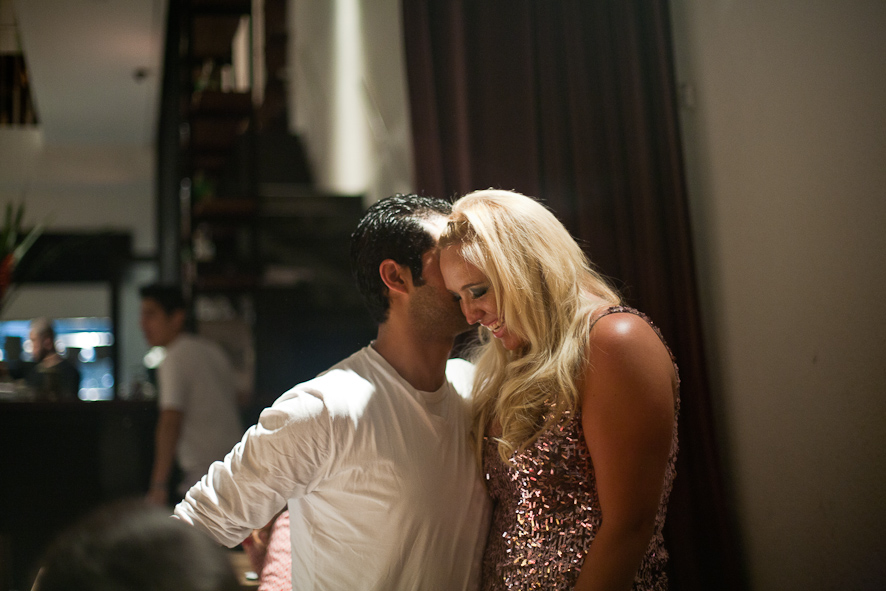 Keeping this surprise from his for almost two weeks was one of the greatest challenges of my life.  Every time we would talk on Skype and he would say, “I miss you mi amor, ” I would want to respond, “I miss you too, but I will be in your arms in just a few days.”  With the support of my girlfriends though, I kept my mouth shut. 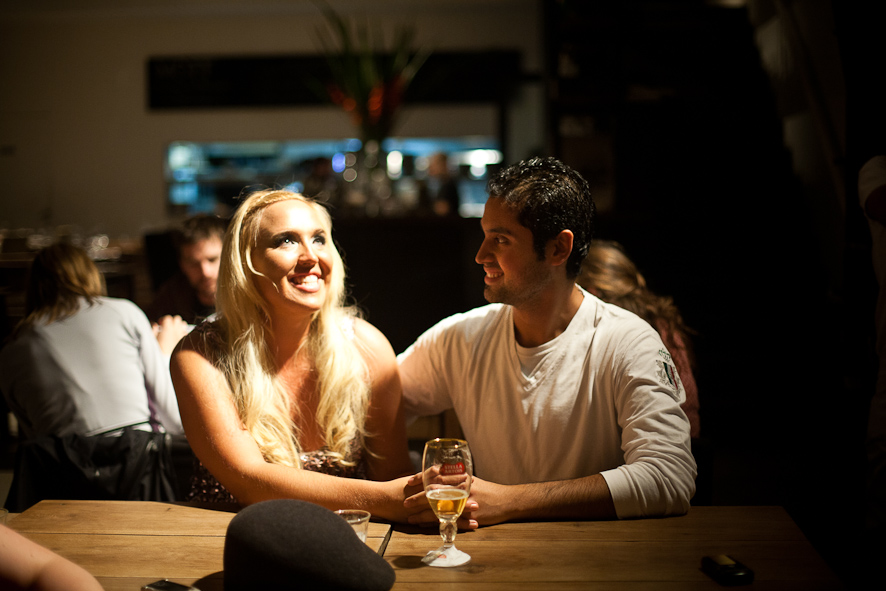 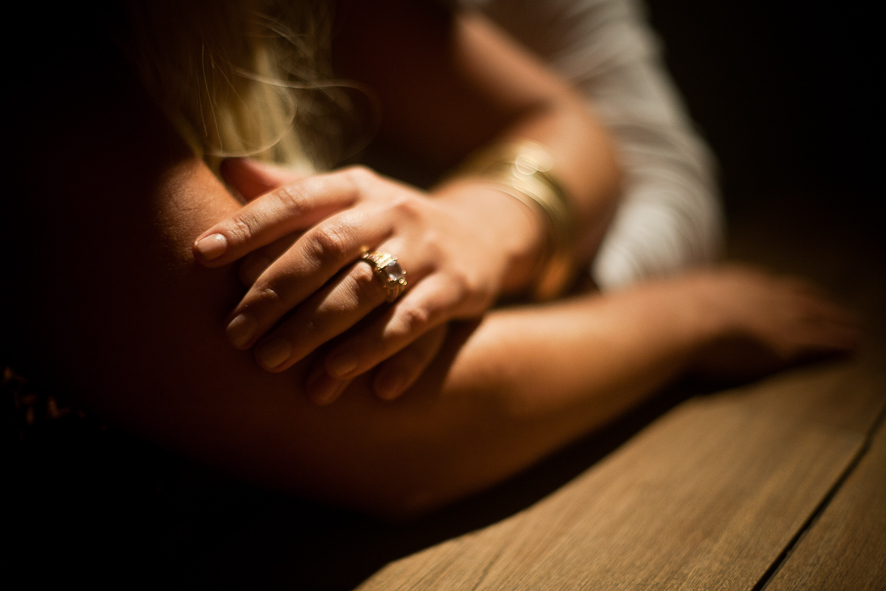 No newlyweds should be separated, but we were, and in that moment we had no idea when the United States government would grant Lucas his fiancé visa.  Thus, we both put a whole new meaning to the phrase “cherish each moment as if it were your last. ” 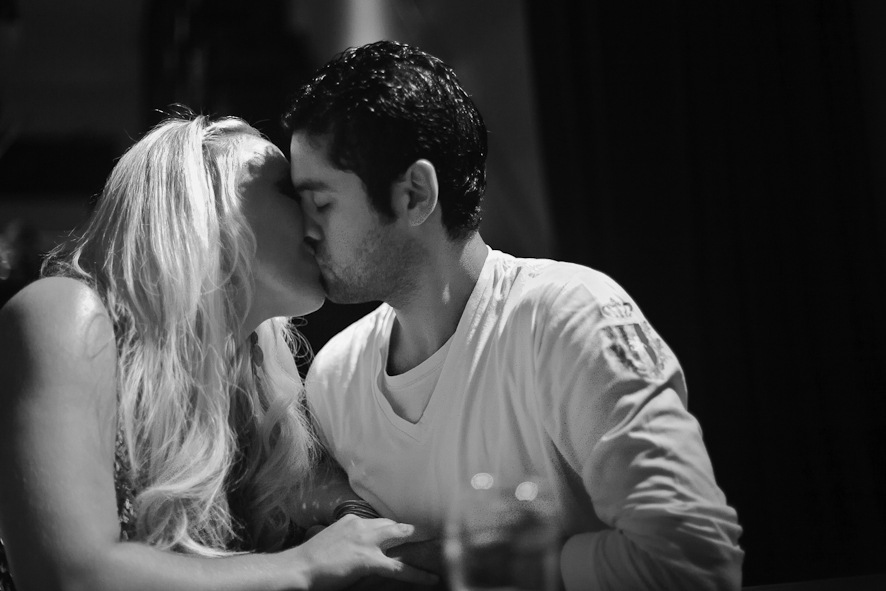 Diego gave us a sneak peek of how the video turned out and as you can imagine we were speechless. 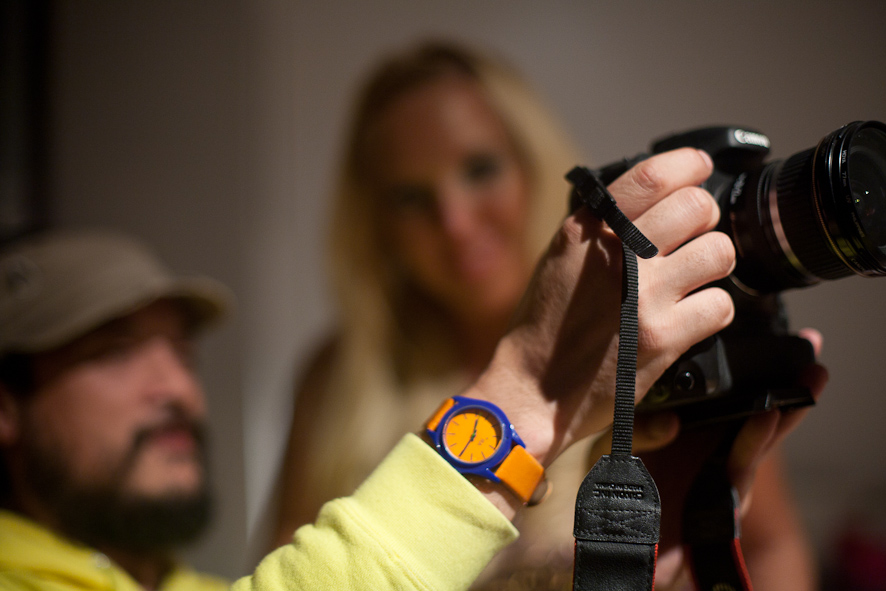 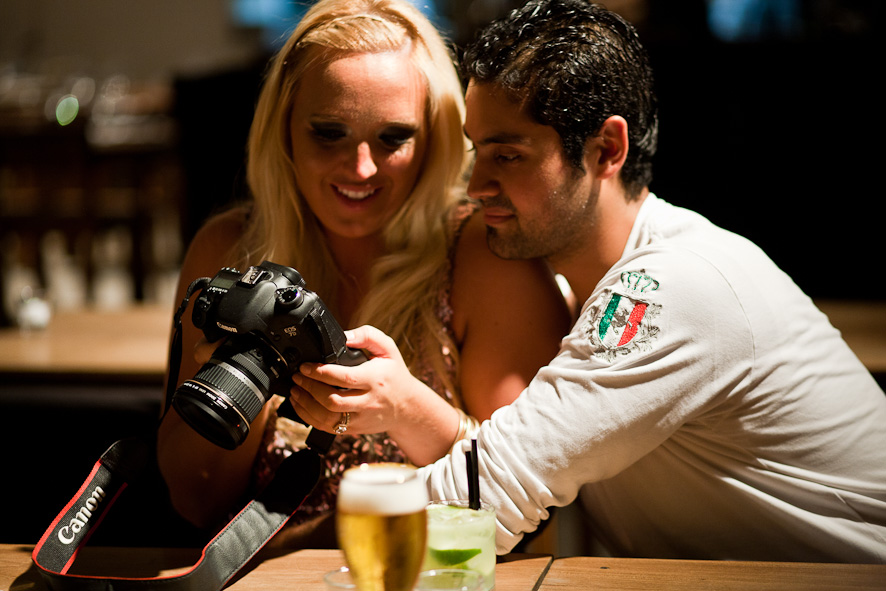 Then Duff and Frances announced that they now had a surprise for us and proceeded to hand the four of us sparklers for a fun photo shoot.  Unfortunately, since their camera of choice was stolen that morning, they were not certain as to how the photos would turn out. 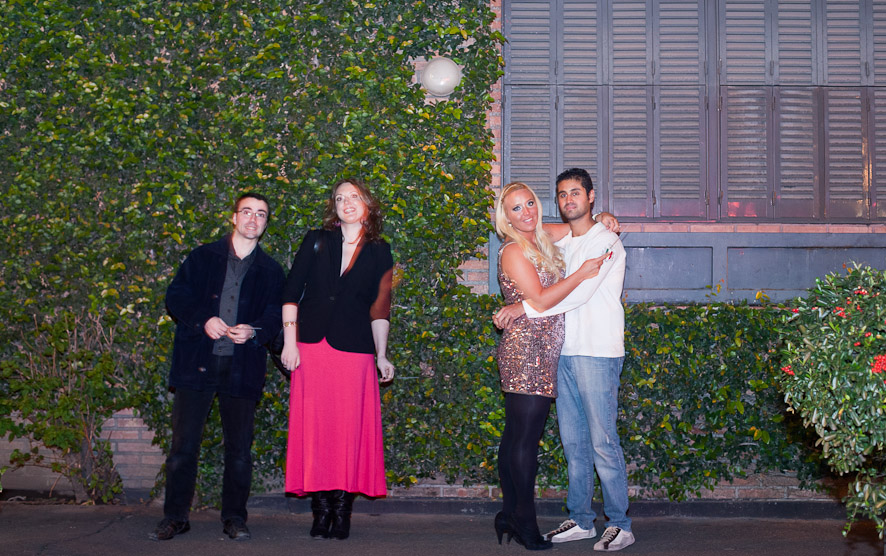 Our first assignment was for each of us to write a word in the air with a sparkler.  We were not allowed to tell each other what the word was; we would eventually find out once the pictures were edited.  Although, none of us listened and we ended up telling each other what our words were.  Mine was adventure, surprise surprise.  Seba’s was paz, or peace.  Both Julie and Lucas, being the humble people that they are, choose thank you (Lucas in Spanish and Julie in Japanese). 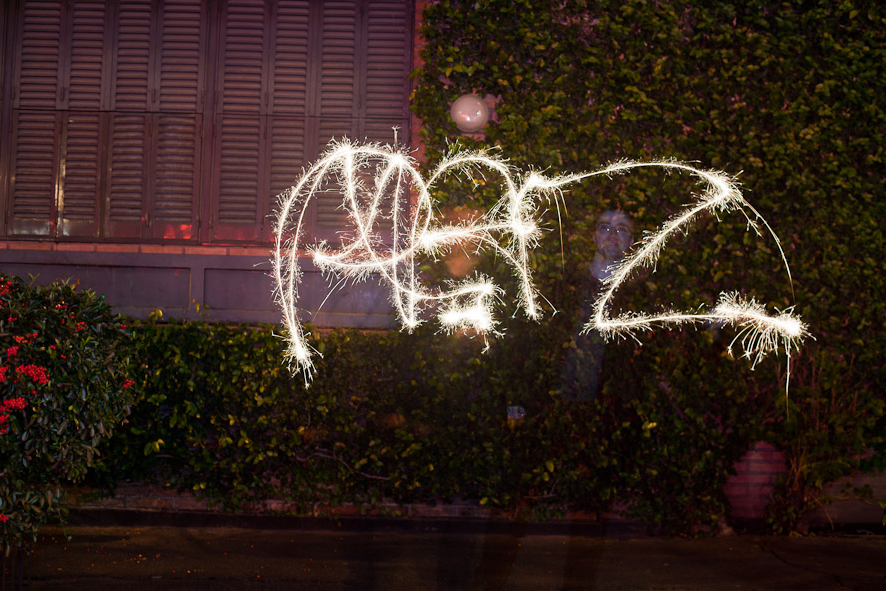 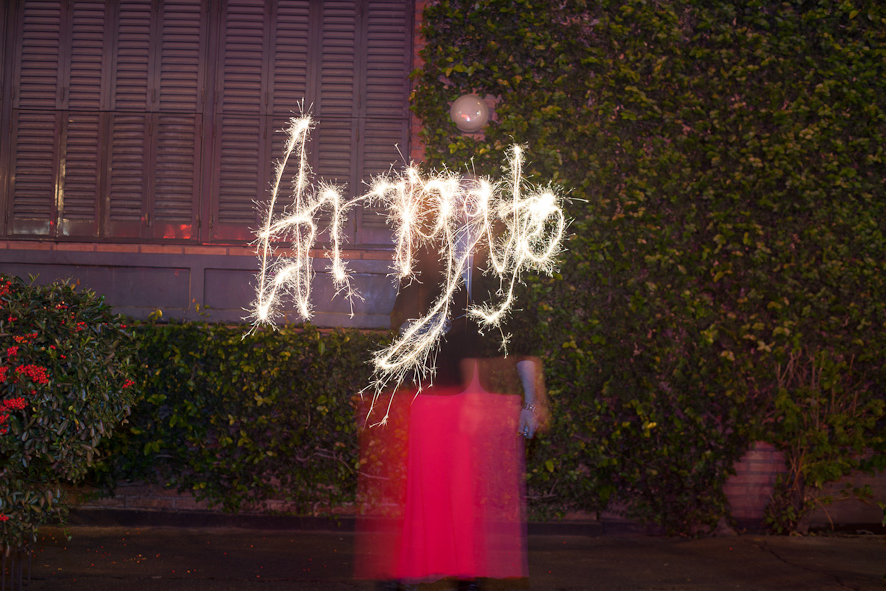 Then it was time for the word: love.  No other word could succinctly express the night better. 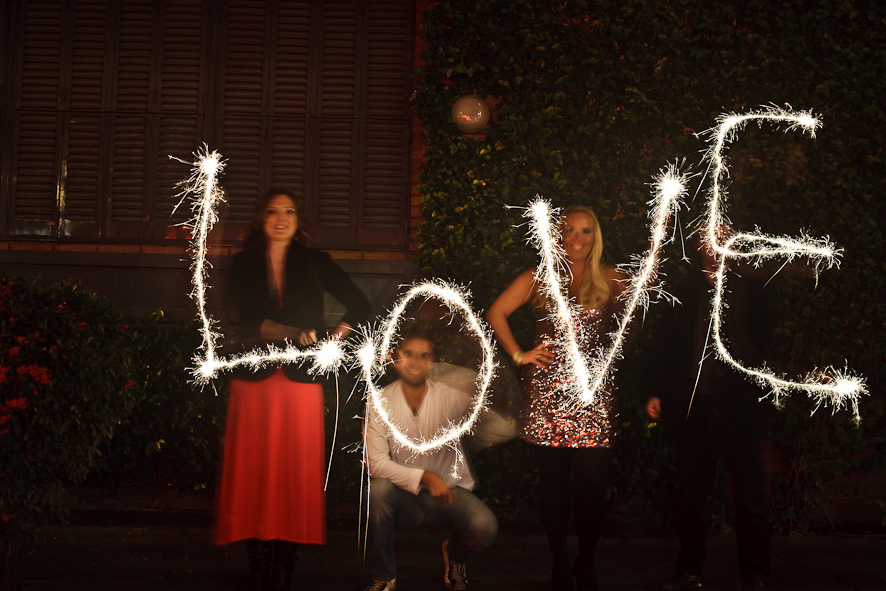 The pictures did not come out as clearly as the photographers had hoped, however they were perfect in our eyes. 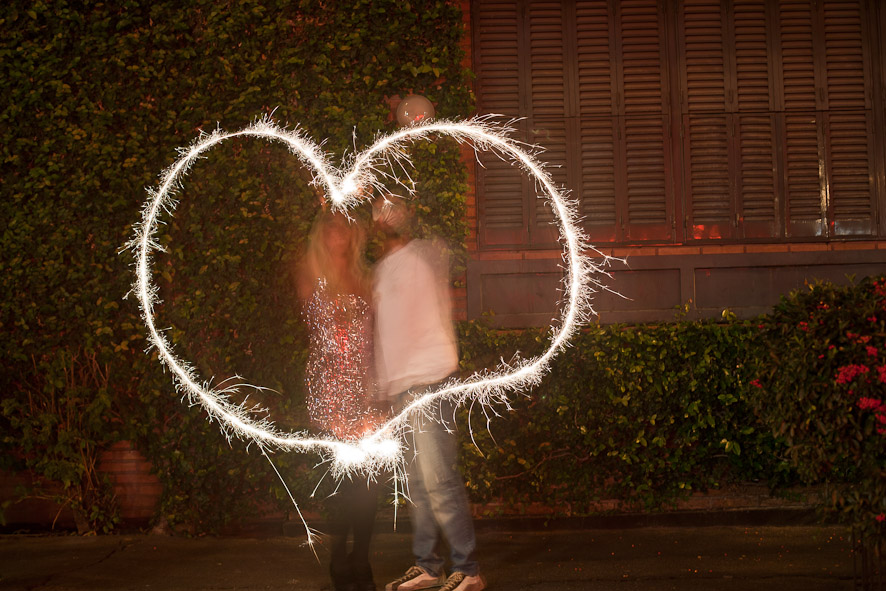 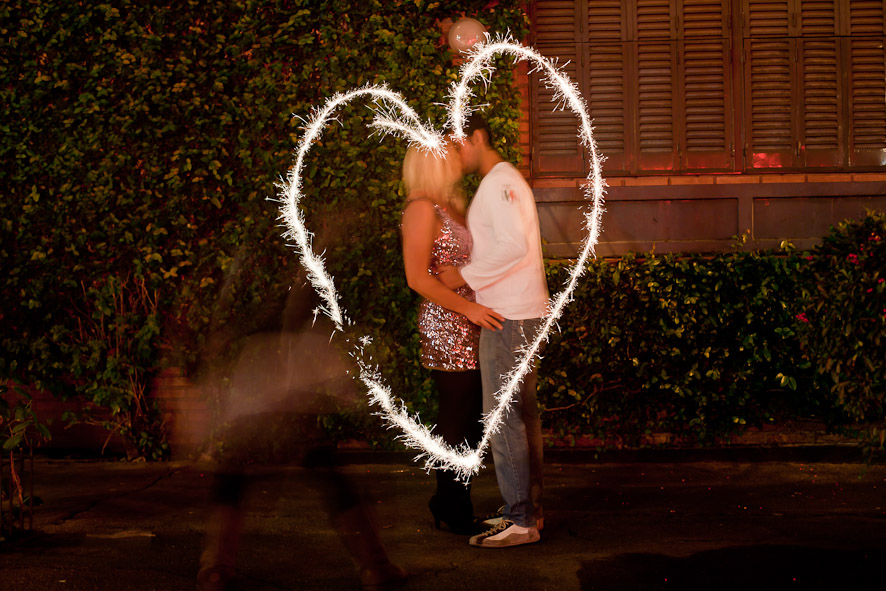 Our last stop of the night was to a restaurant down the street where we celebrated with too much food and too much wine.  Oh, and of course a Birthday cake! 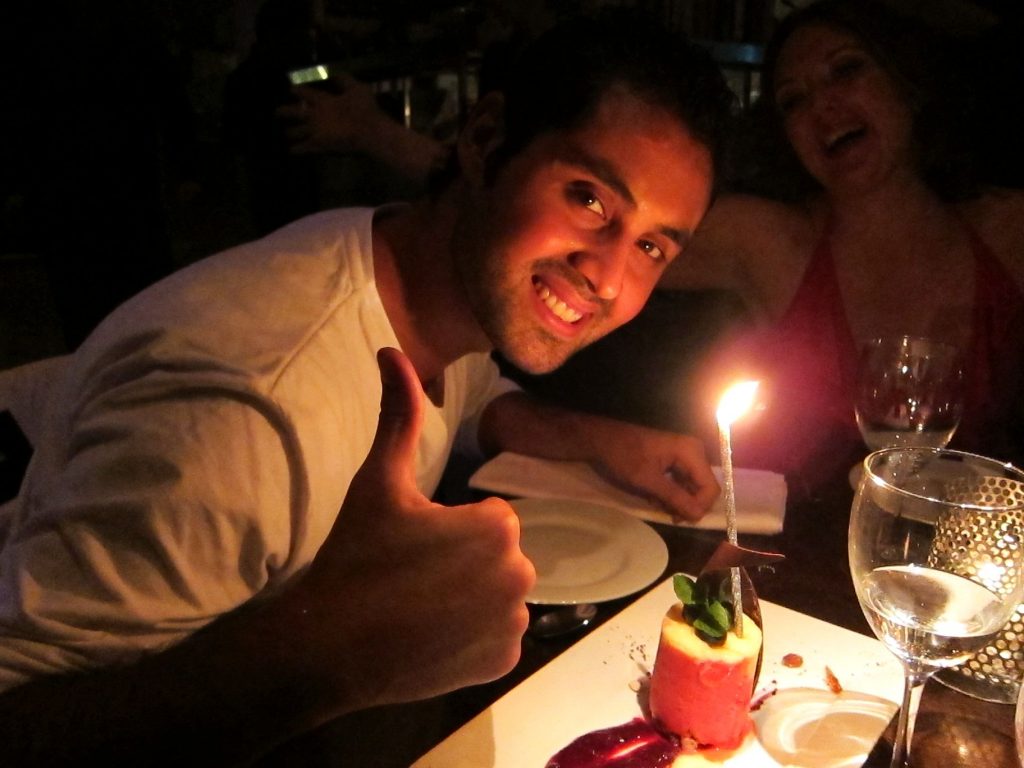