It was almost impossible to leave our Monarch Suite  — why would we want to leave the most amazing hotel room we had ever stayed in?  However, we had hardly seen any of the city yet, thus we felt an obligation to explore even if it was just for a couple of hours.  Right around the corner from the Hyatt Regency Chicago is the Magnificent Mile, which is where we began our Windy City tour.  Since it is on the Chicago river and it was quite chilly outside, our time there was brief. 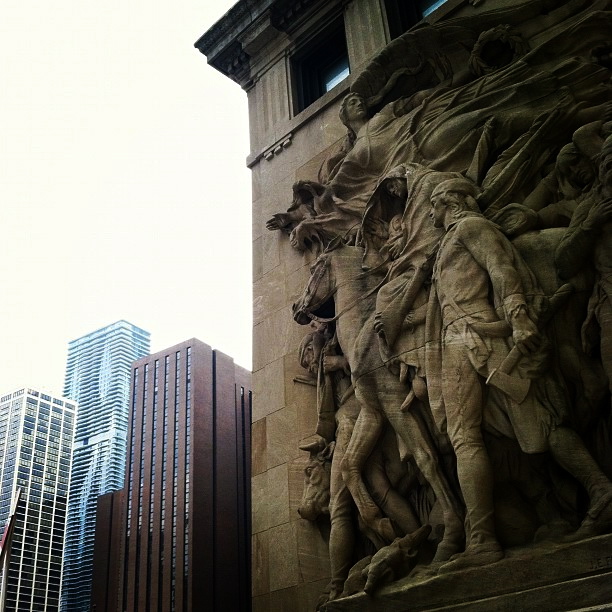 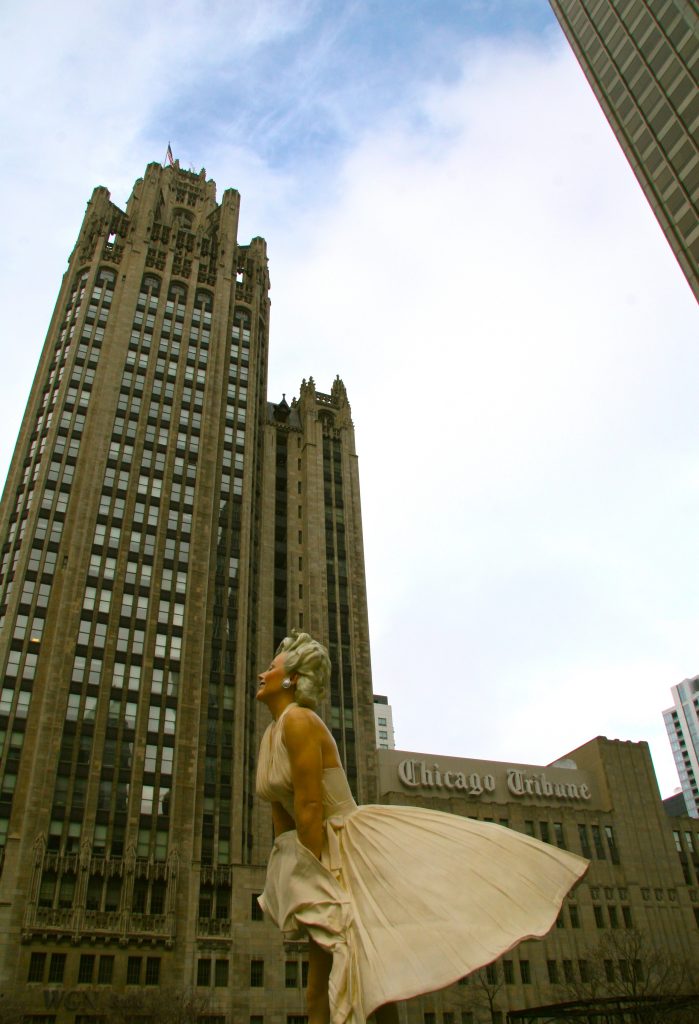 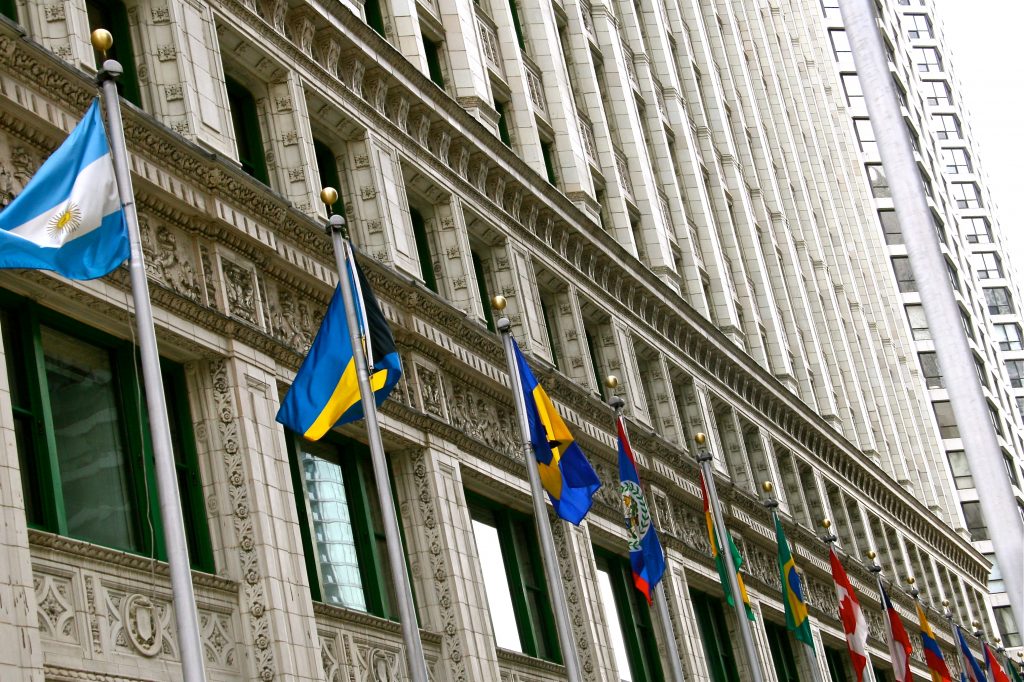 Then we had to make a tough decision, as we only had time left to visit one last tourist destination.  Of all of the amazing sights to see in Chicago, how could we pick just one?  Since we are both huge marine-life aficionados, we decided upon the Shedd Aquarium and at the end of the day we were both content with our decision, as it is a magical place!  The following are some of my favorite photos from our time there: 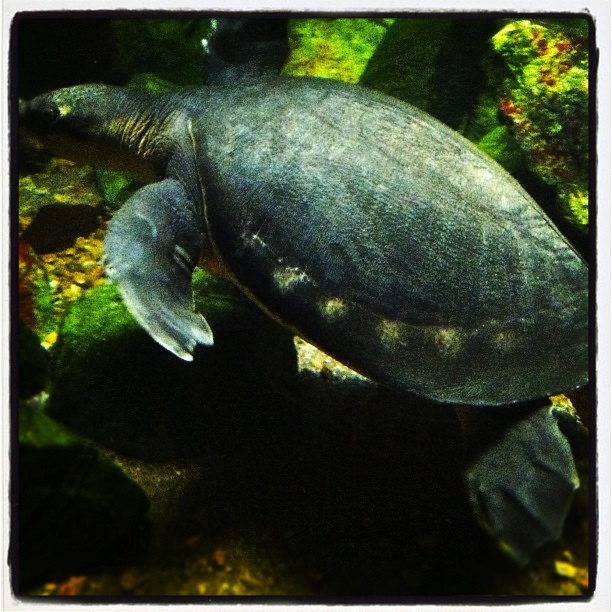 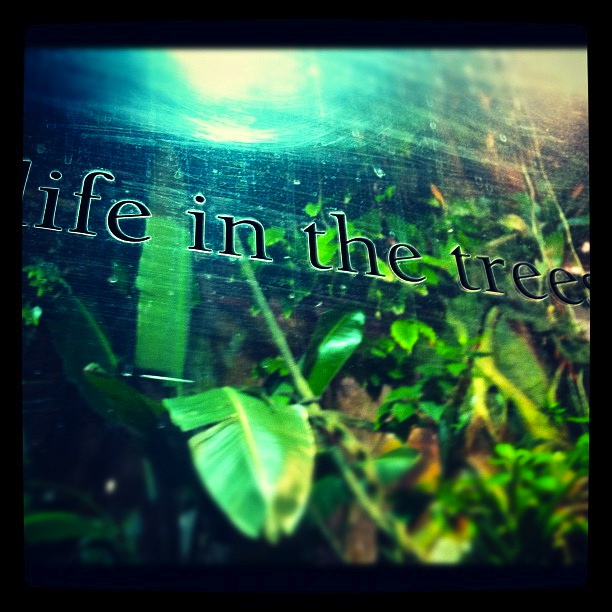 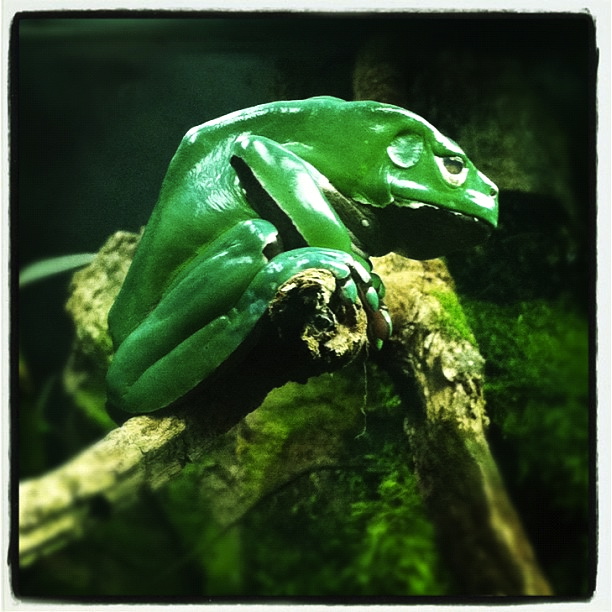 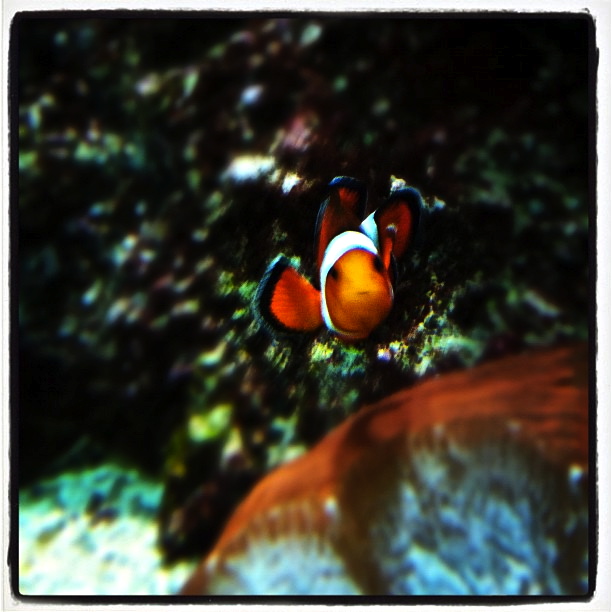 My favorite exhibit and the one that was on special display were the “jellies.”  I know they have the potential to kill humans who come in contact with them, but there is something so mesmerizing and graceful about them.  I could watch them glide through the water for hours upon hours. 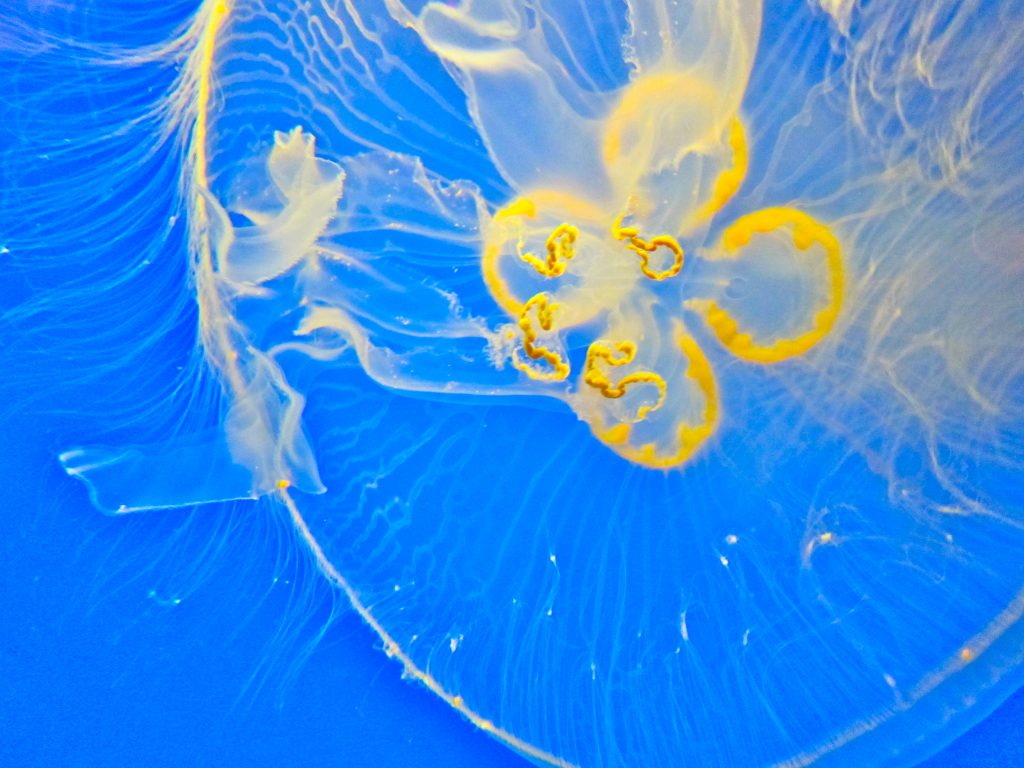 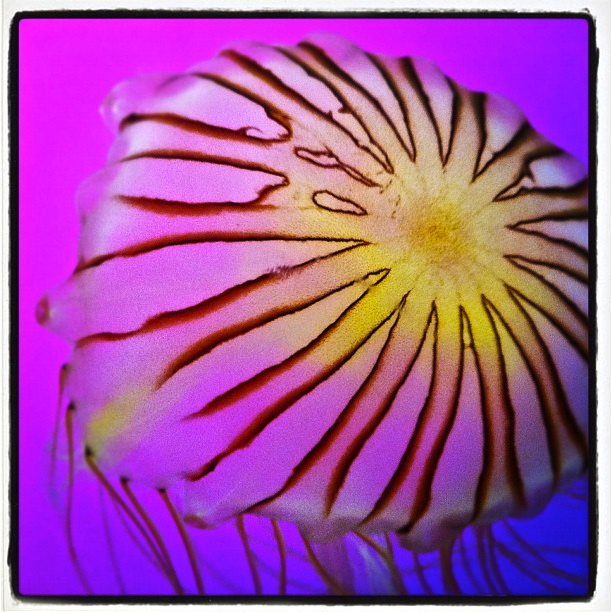 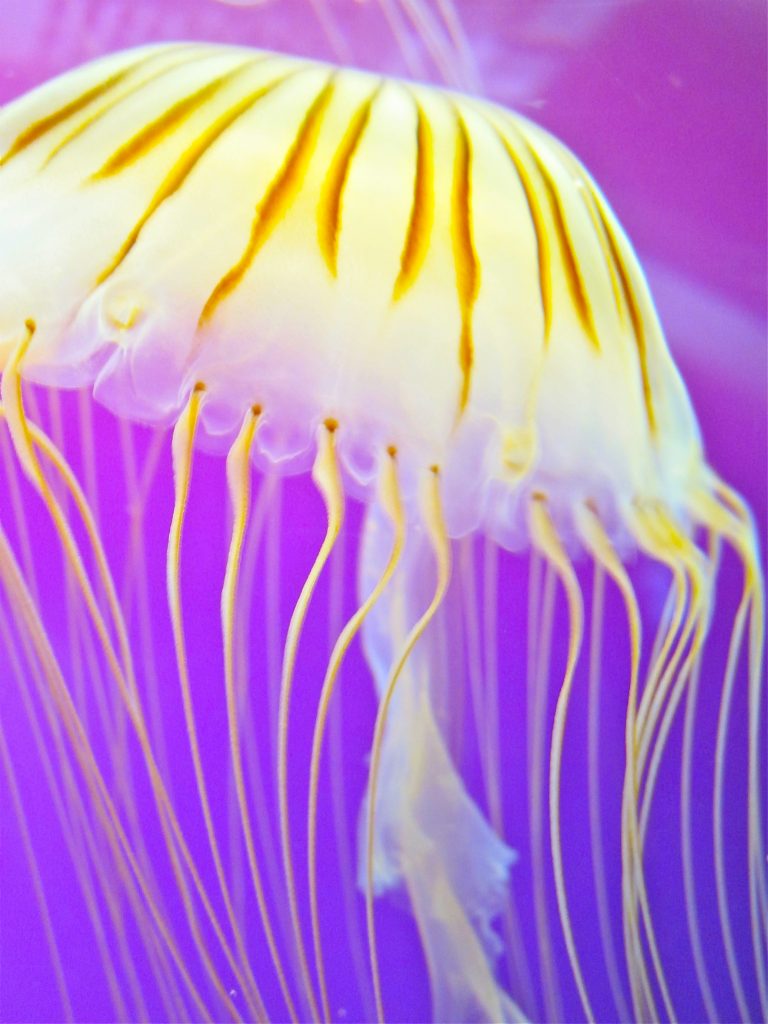 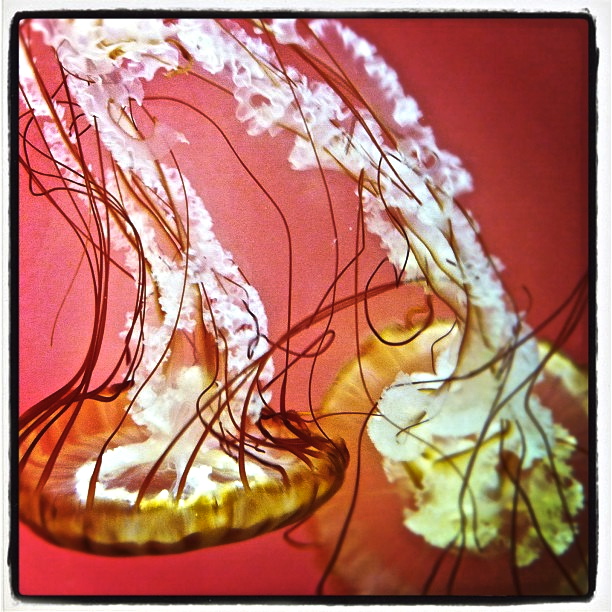 As we departed the museum, it was obvious by the precipitation in the air that snow was on its way.  My Argentinean husband had only seen snow once or twice in his life and he could not have been more excited.  I, however, was ready to return to our room with the fireplace. 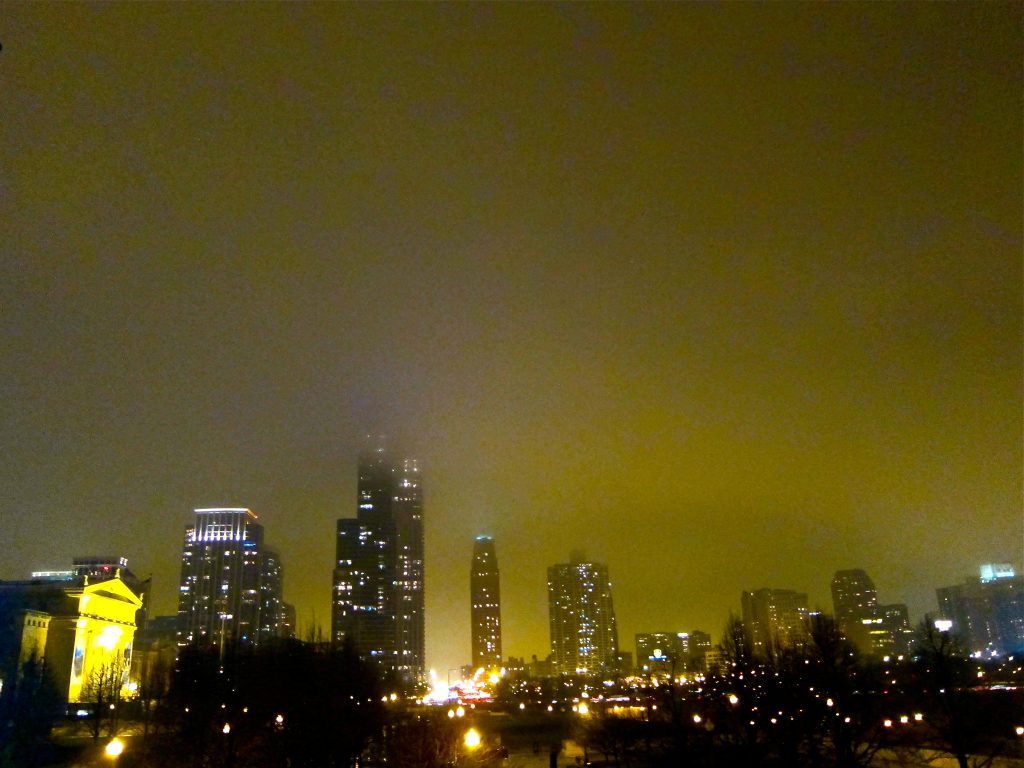 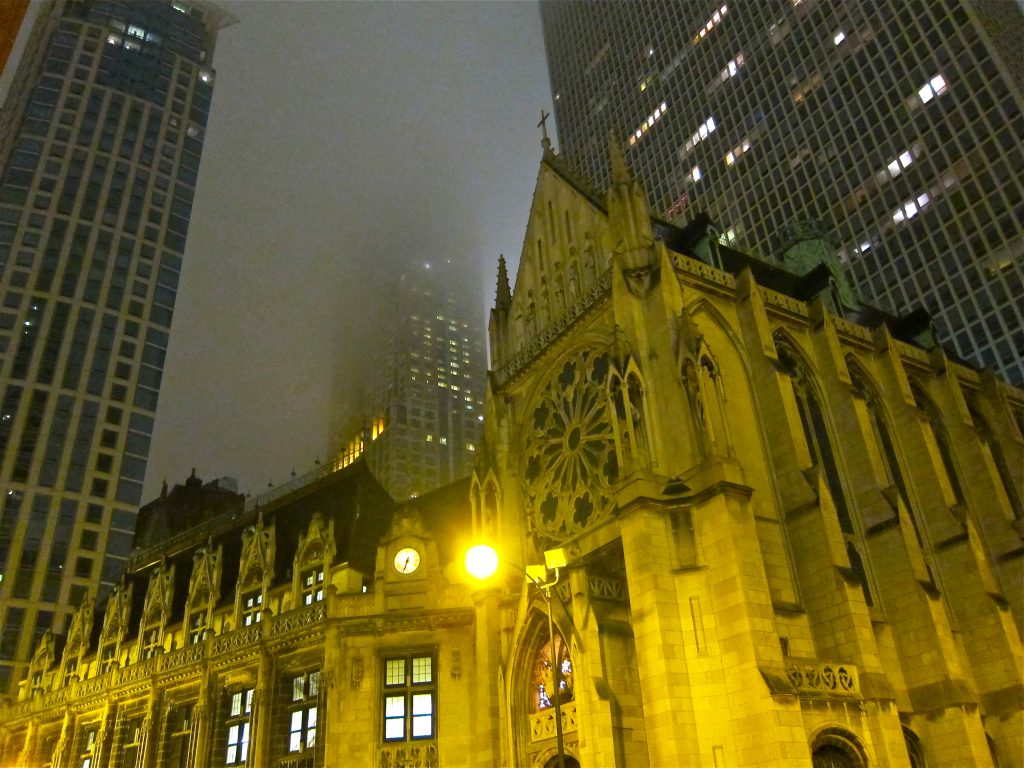 Though not before we picked up a famous Chicago deep dish pizza to-go first.  Just as we started the fire and began to consume our delicious pizza, the snow began to fall.  That moment felt so perfect and there was no where else in the entire world that I would have rather had been.  2012 was off to one extraordinary start!