One of the best things about staying at the Hard Rock Hotel, Macau is that you could never go bored there — not even if you stayed for a week!  If you should find yourself in Macau, I highly recommend spending one evening at the hotel experiencing “The House of Dancing Water” show.  The renowned director Franco Dragone has created a dazzling aquatic and acrobatic performance that is housed within a brand-new, state-of-the-art theater.  This breathtaking extravaganza will amaze the senses and inspire your imagination to run wild.  I wish that I had been able to take more photos, however photography was prohibited (I sneaked a couple of shots).  In a way, I was relieved that this was the case, because I did not want to miss a second of this extraordinary show. 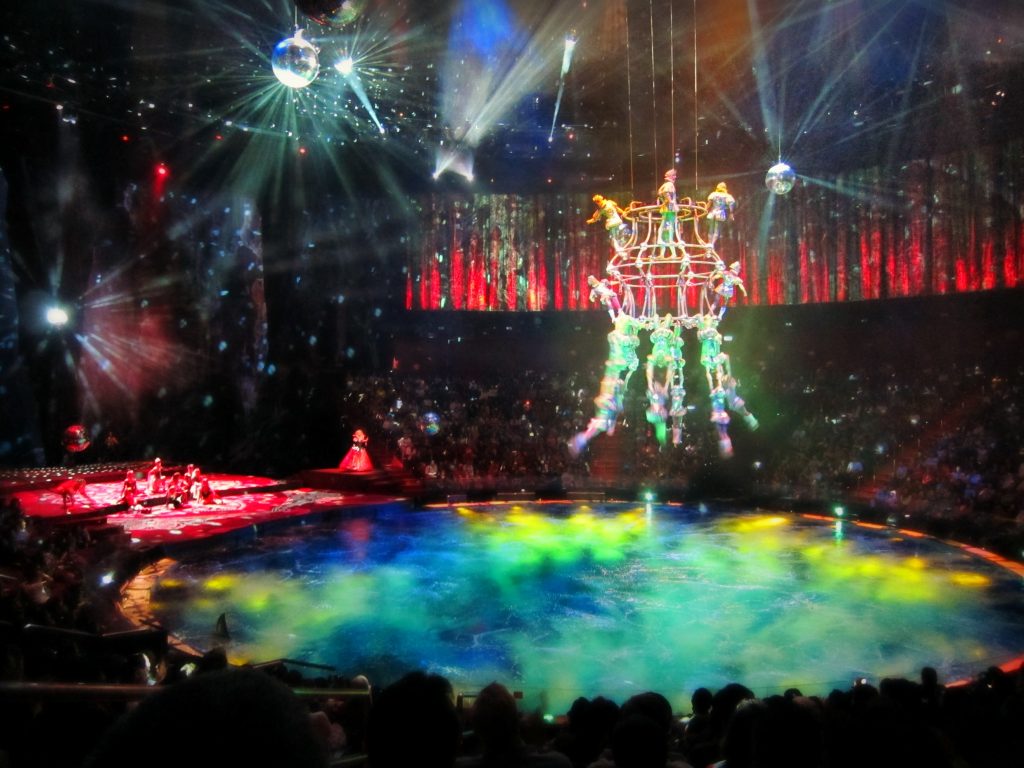 I did not think it was possible for the evening to get better, but it did, as we dined at the highly talked about restaurant Antonio.

Dinner at this “Michelin” recommended establishment on Taipa Island simply cannot be missed.  While the authentic Portuguese cuisine that is served there is superb, it is actually Chef Antonio that makes the dining experience so unforgettable.  He is the kind of charming person that everyone loves. 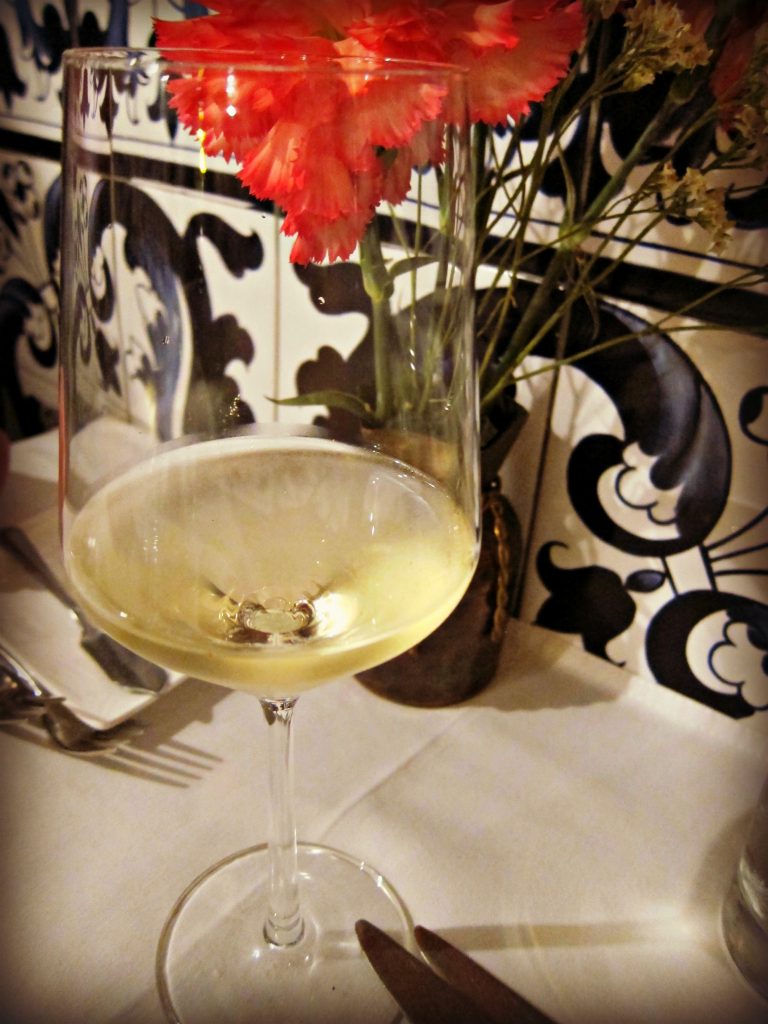 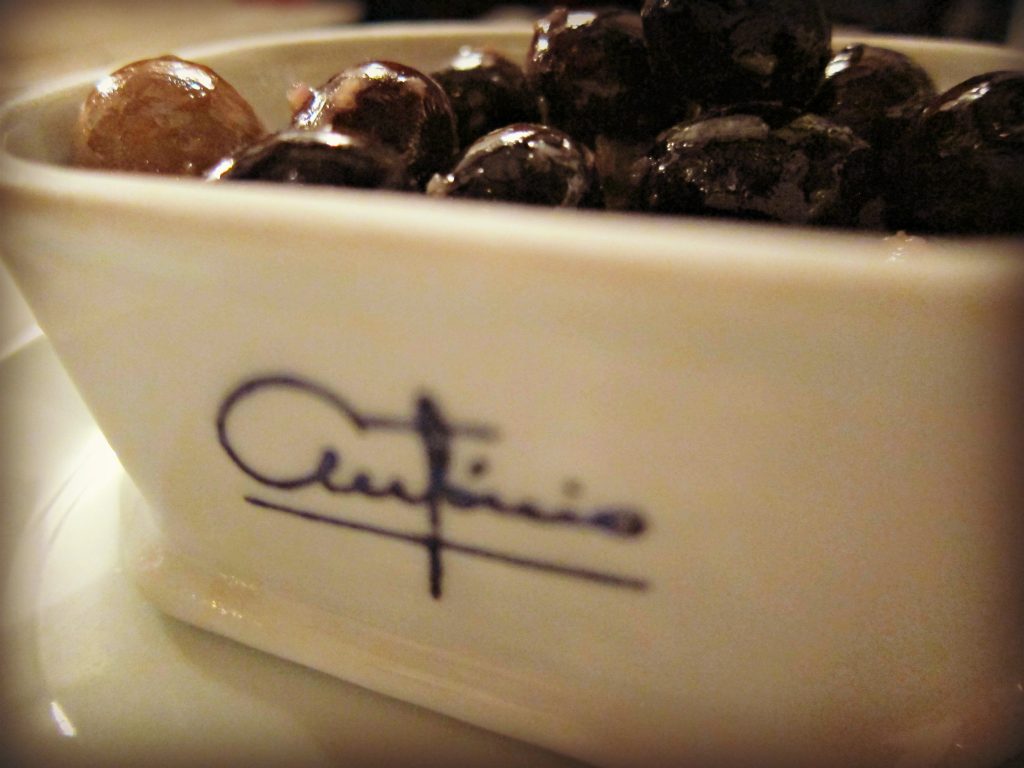 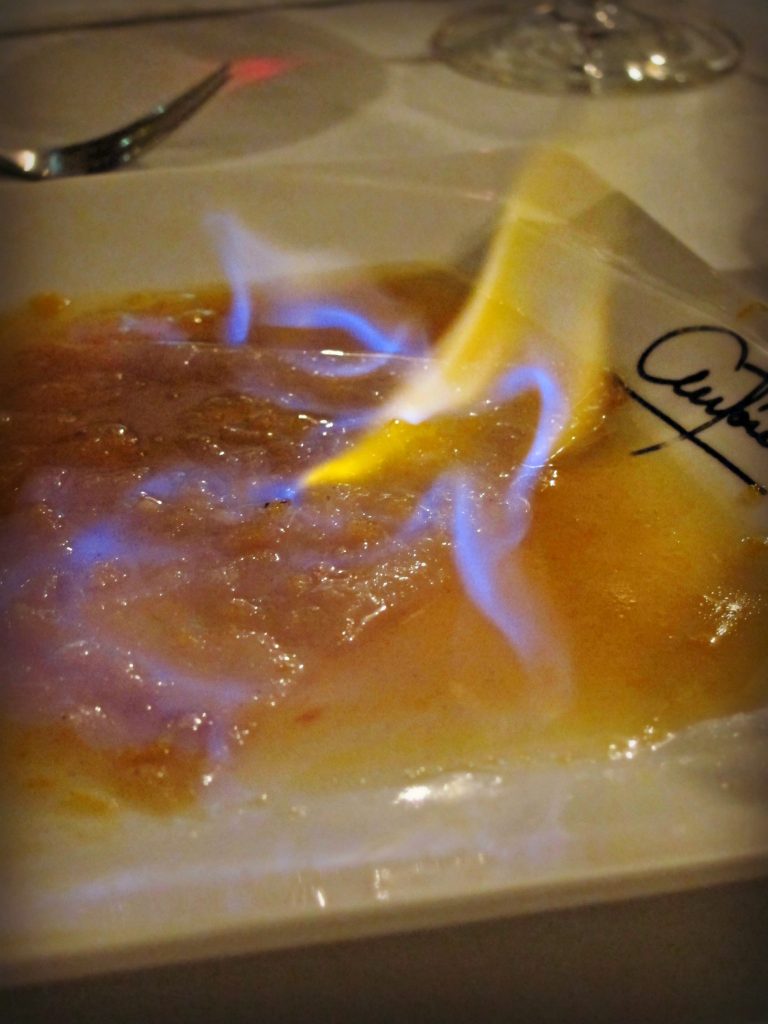 After dinner Chef Antonio announced that he needed me for something special.  When a man whispers sweet nothings in your ear, no matter his age or the fact that he has been married 7 times, you listen to him.  Little did I know that he was going to help me cross something off my Bucket List.

First he brought out a sword, then a bottle of champagne, and then informed me that I would be slicing off the top of the bottle.  Of course, because he seemed to have a little crush on me, he inserted some naughty jokes in between instructions.  It took some encouragement from the fellow diners to attempt this party trick, but in the end I did it and I have the cork surrounded in shards of glass to prove it!

Make sure to dine at Antonio’s on one of the first night’s of your trip to Macau, because I have a feeling you will want to return again for seconds before your departure date.