After a refreshing night’s sleep in my room at the MGM Grand, I was eager to explore more of Las Vegas during the daytime.  The first stop was to the Monte Carlo, where we were given a behind-the-scenes tour of Blue Man Group. 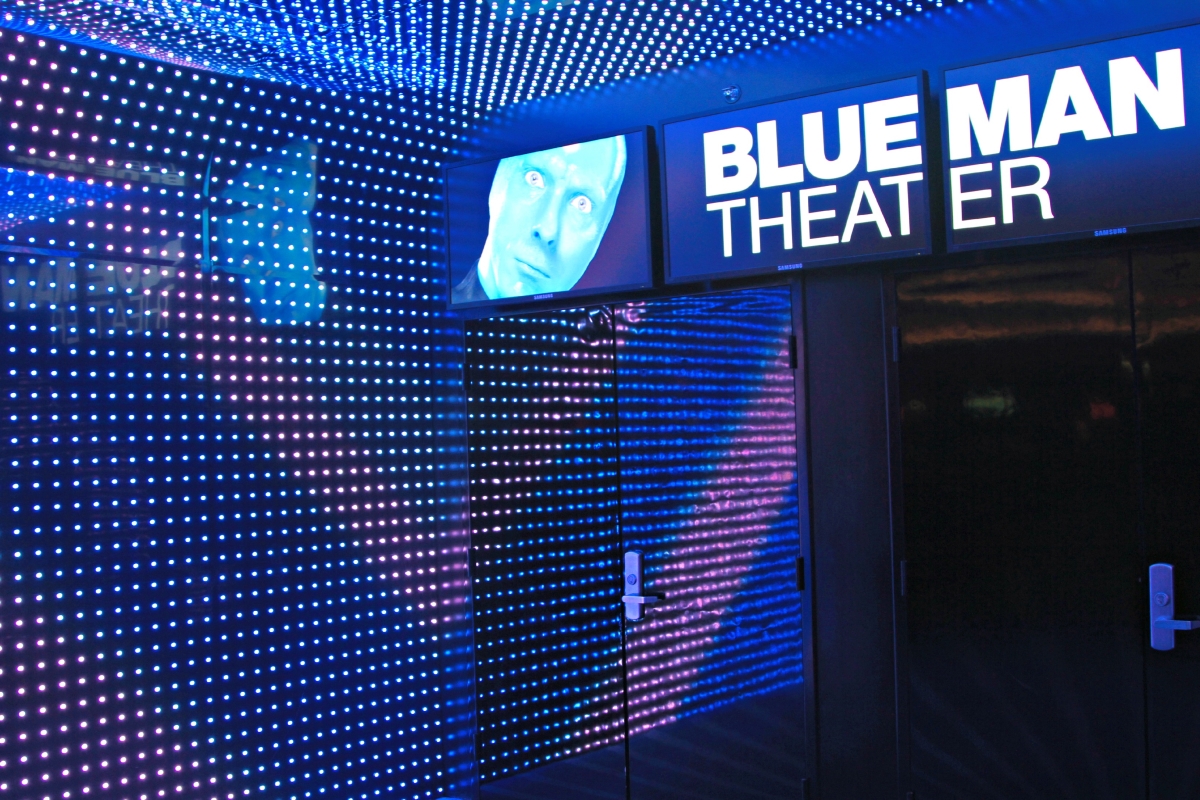 Now popular all over the world, Blue Man Group is an interactive show done by three men, whose costumes are made up of an all-black outfit and shockingly blue skin.  Much of the focus is on their percussion and drumming skills.  However, this is not just any normal musical performance; while they are playing their instruments they are also doing tricks and creating art for the audience. 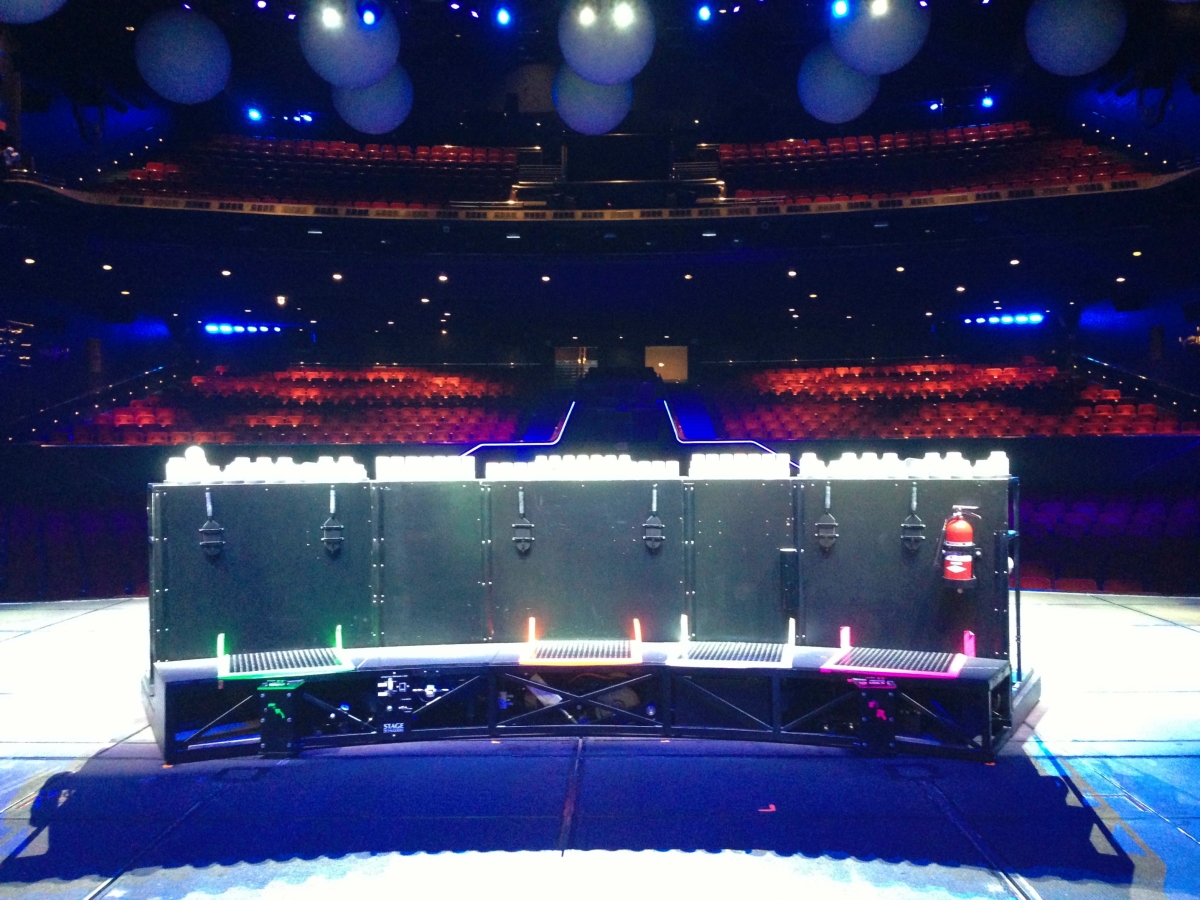 Before we could begin our tour backstage, I was asked to adorn blue crocks for safety reasons. 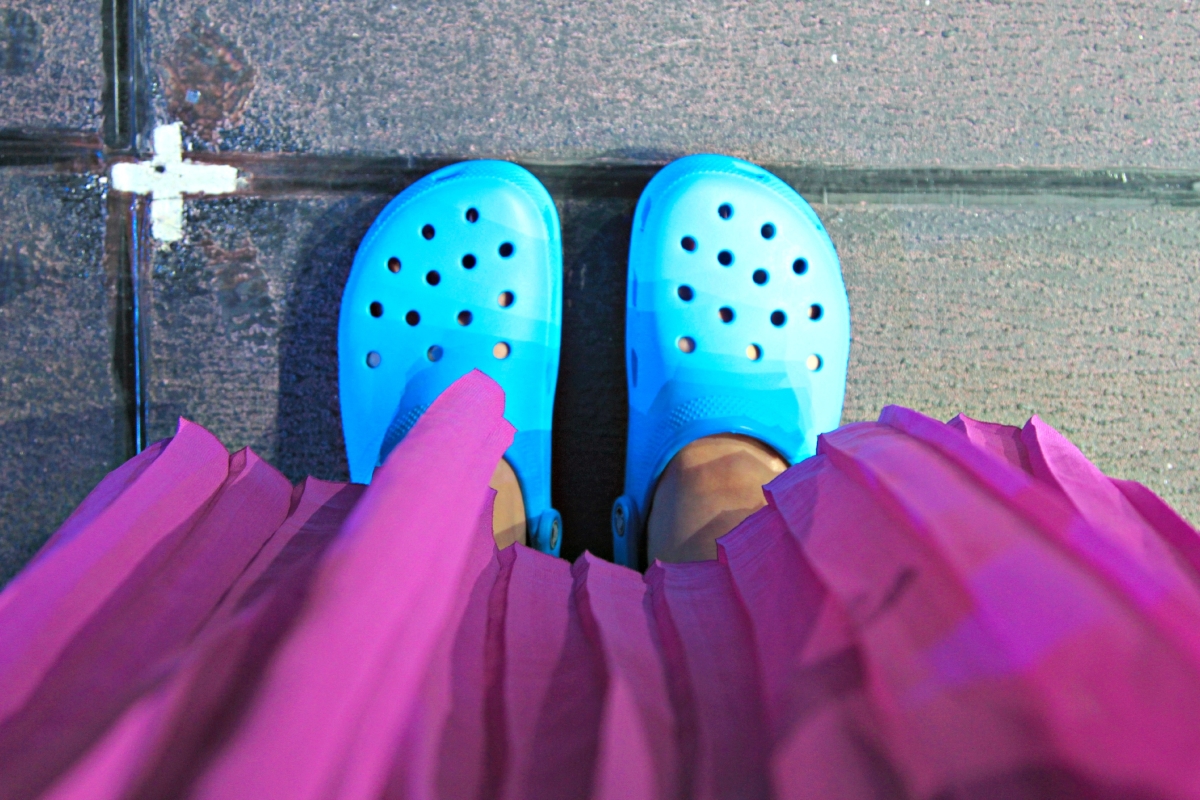 Our welcoming tour guide was one of the three Blue Men currently performing at the Monte Carlo.  With over a decade of experience, he certainly knows everything there is about Blue Man Group and was very enthusiastic about sharing his extensive knowledge with us. 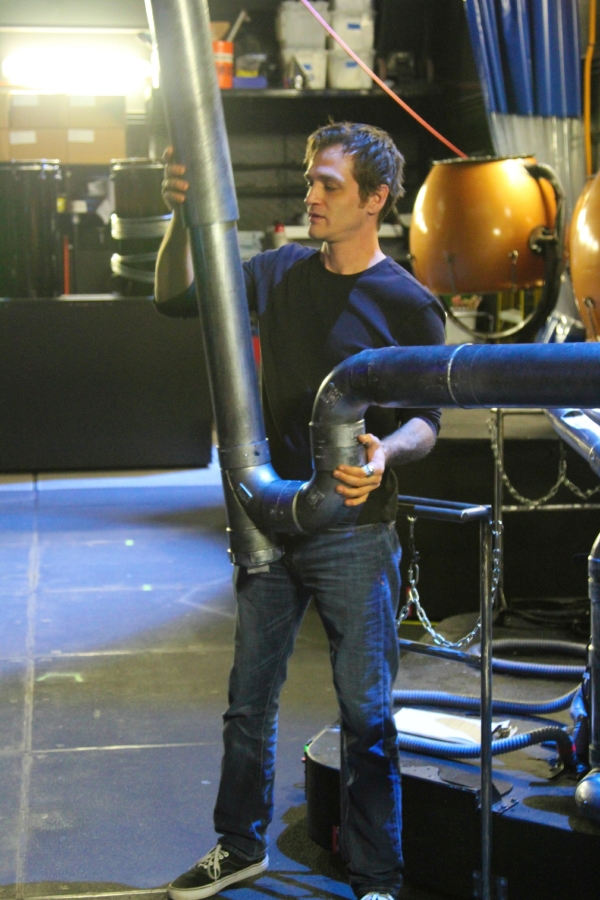 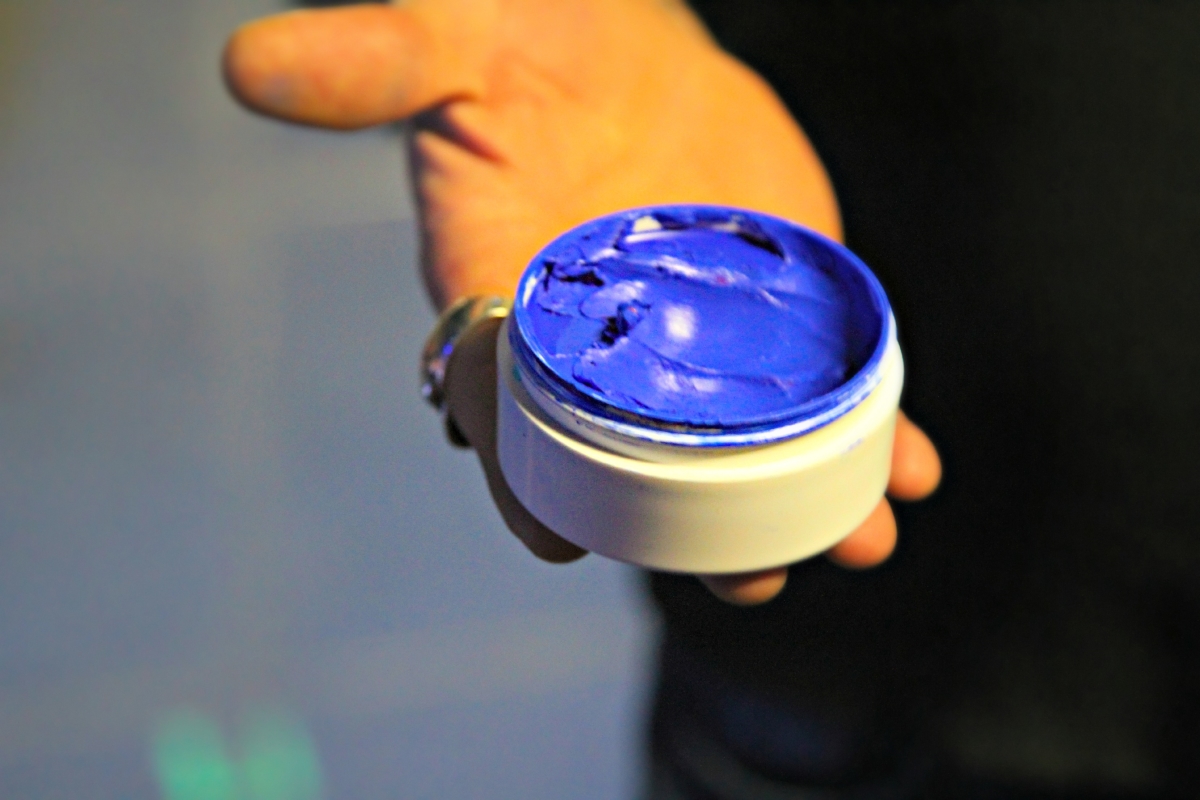 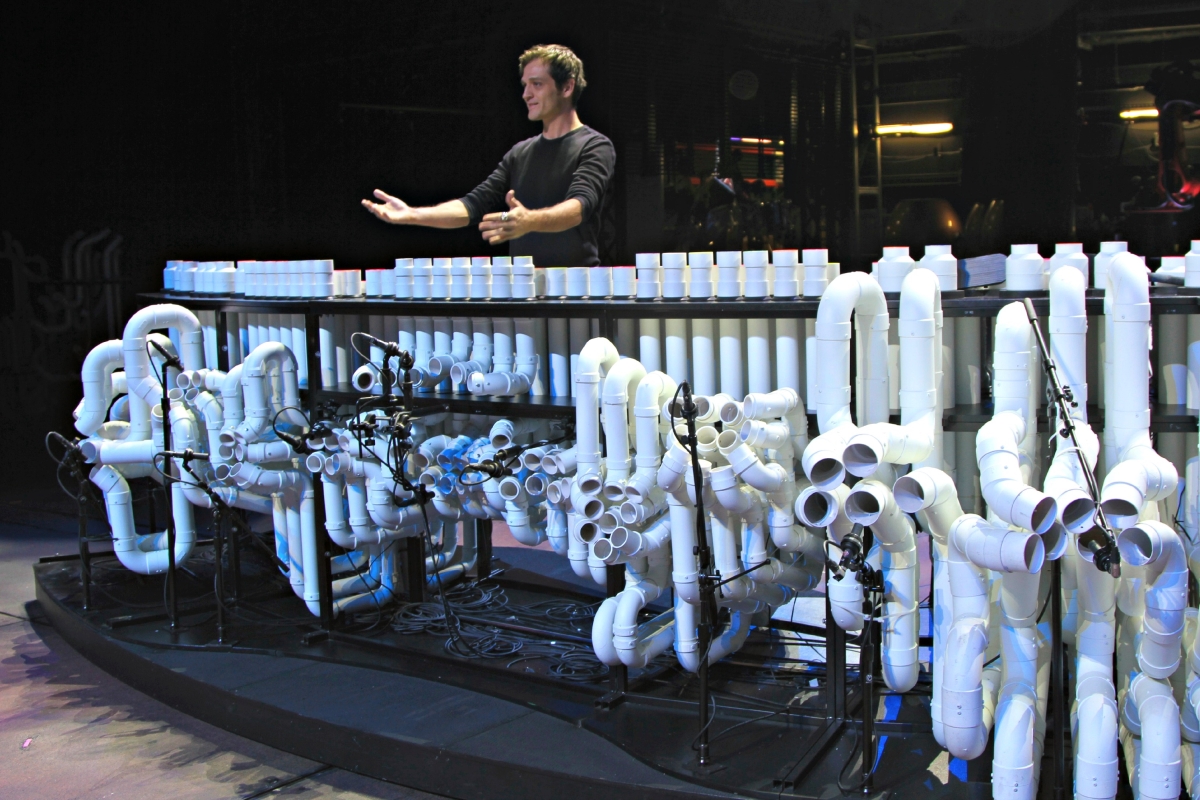 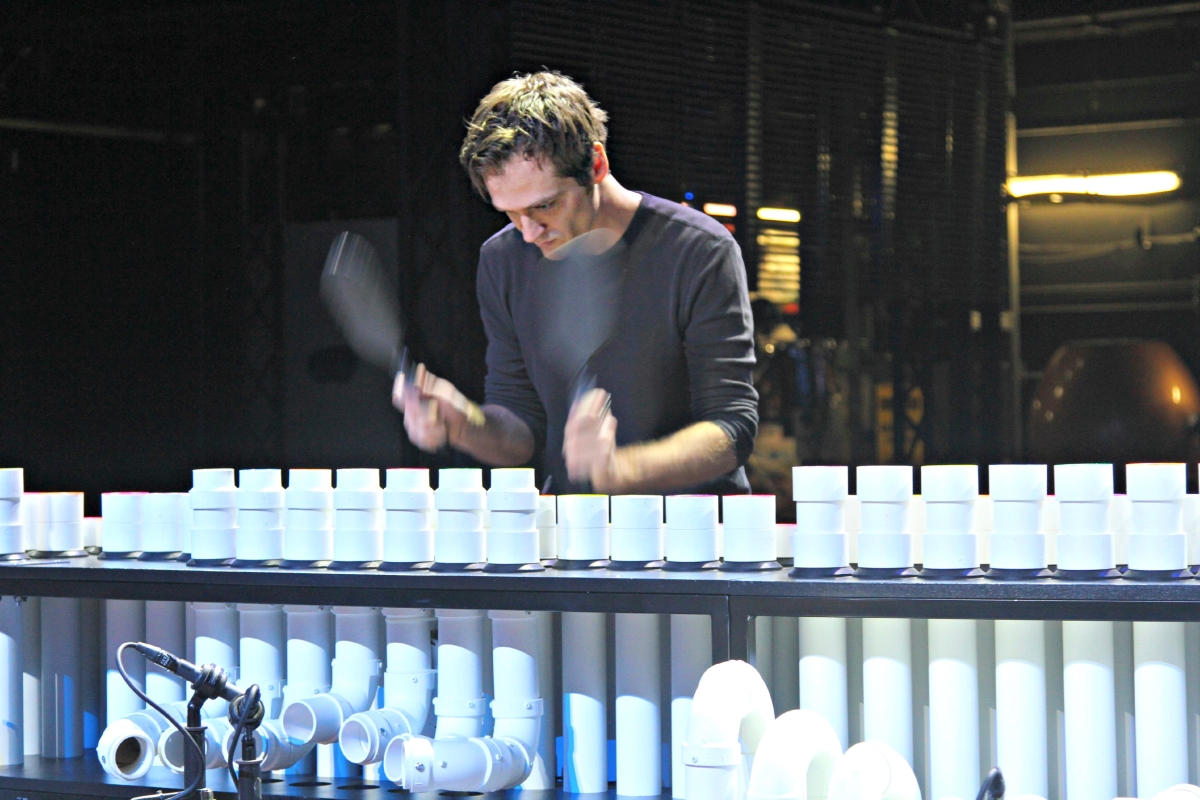 He even invited me to test out one of his beloved instrument’s.  I will admit that I sounded nothing like him, however the Blue Men encourage uniqueness! 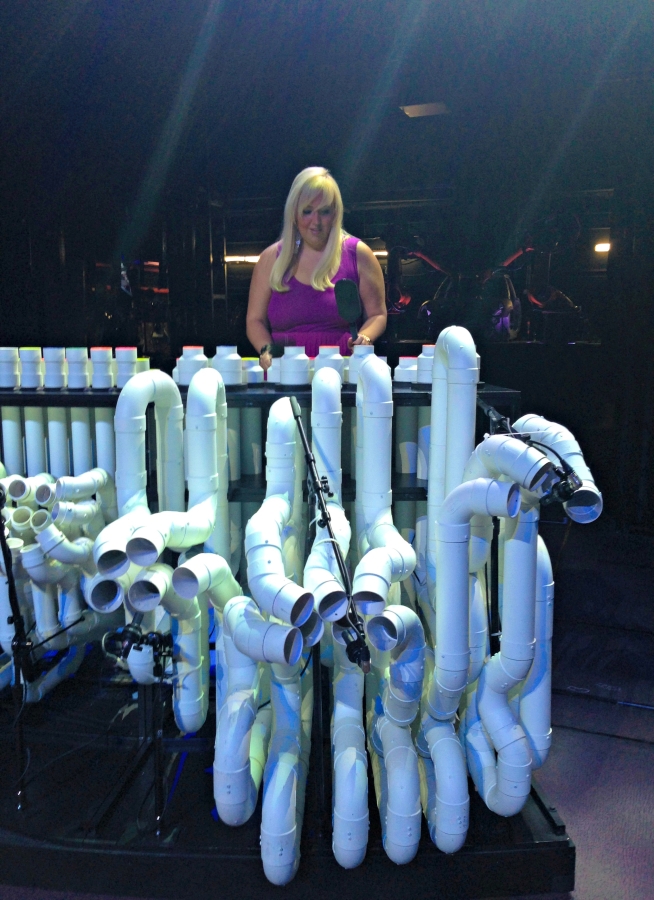 Afterwards, we walked over to Aria, where we had lunch at FIVE50.  This brand new pizza bar opened up to rave reviews from both critics and guests.  Award winning Chef, James Beard, has put his own spin on classic East Coast style pizza that is cooked at 550° in a wood-fire oven. 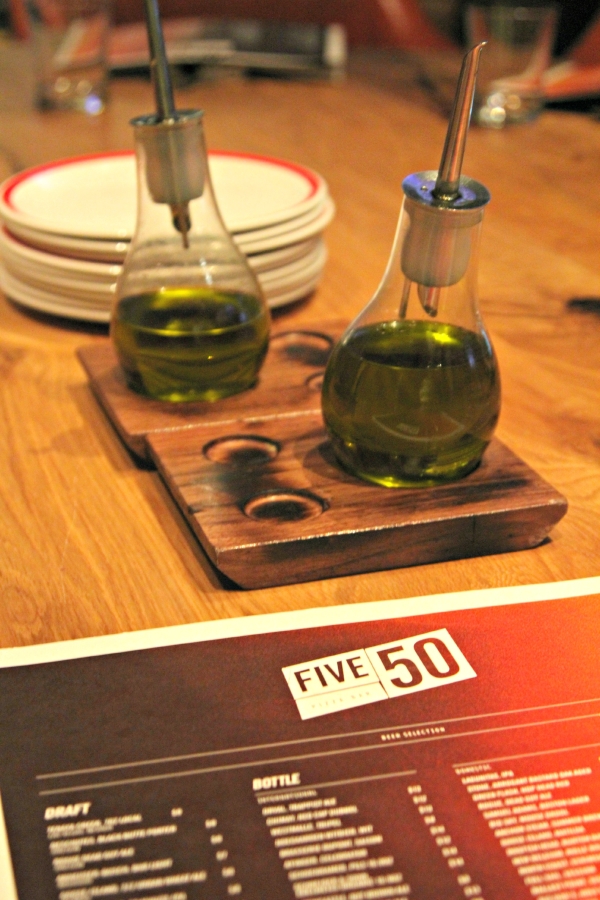 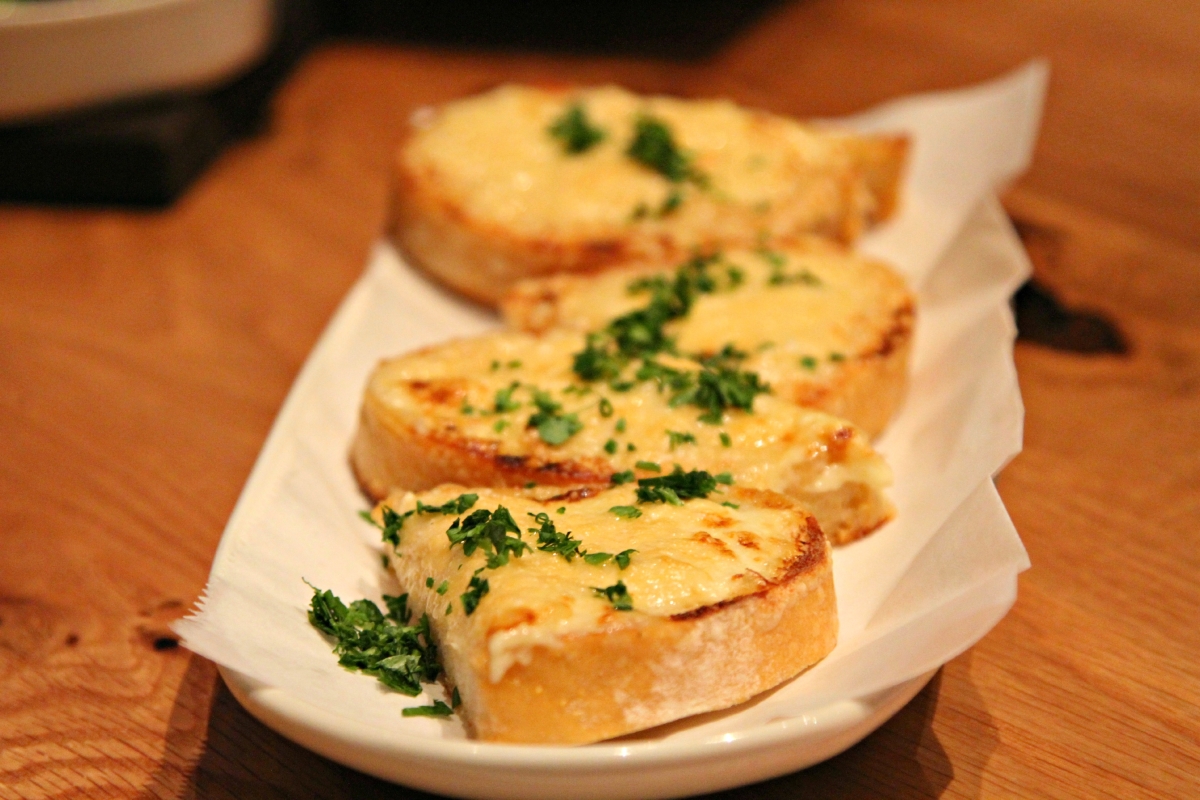 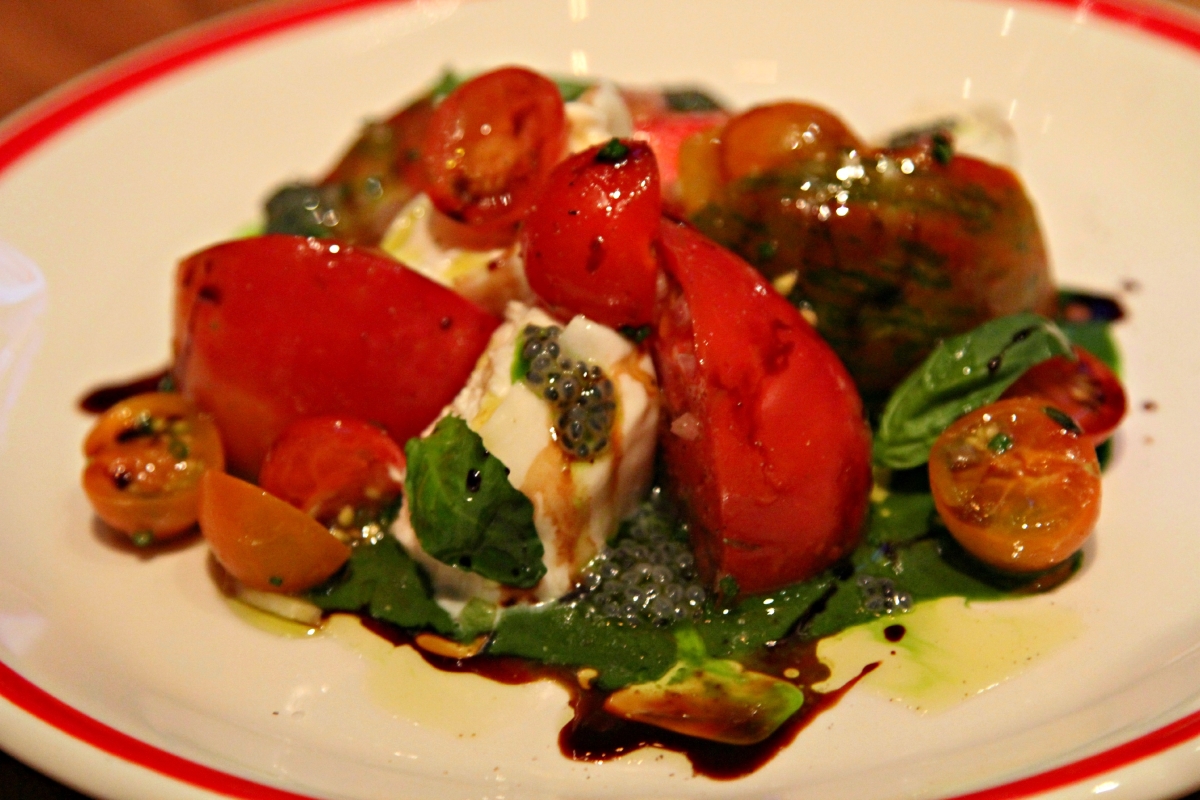 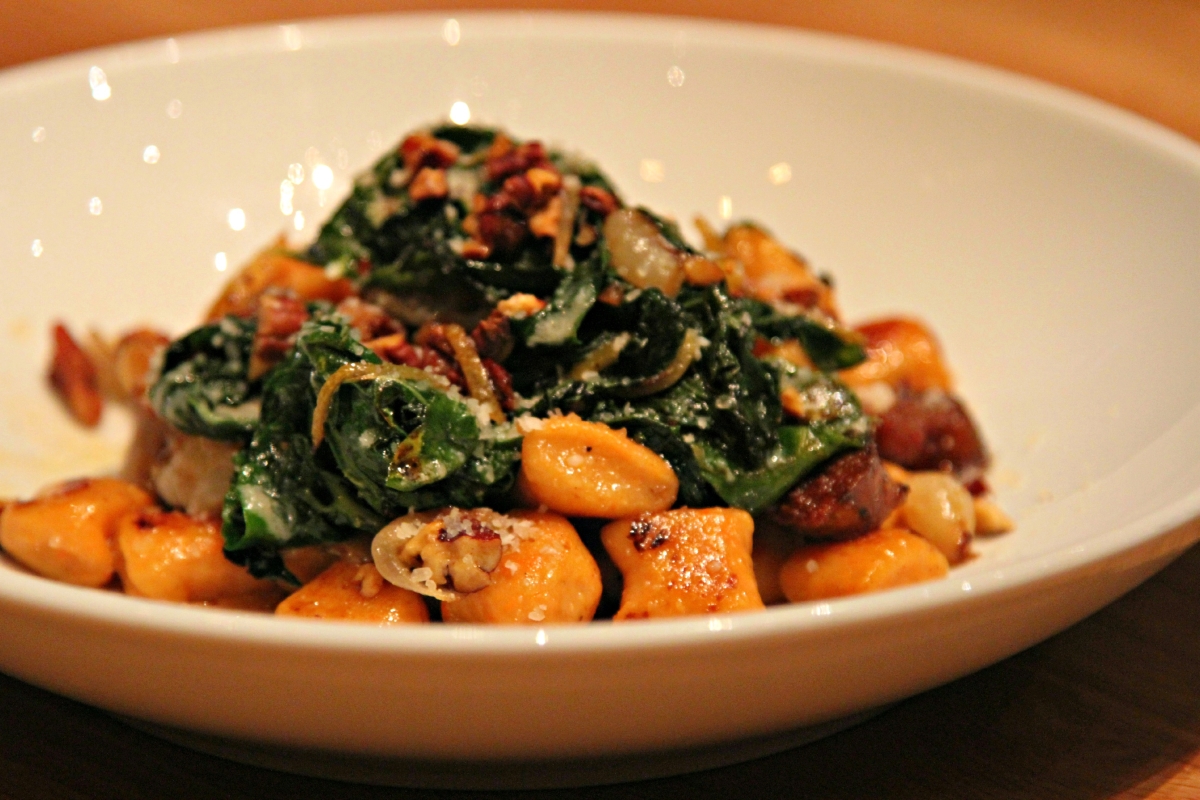 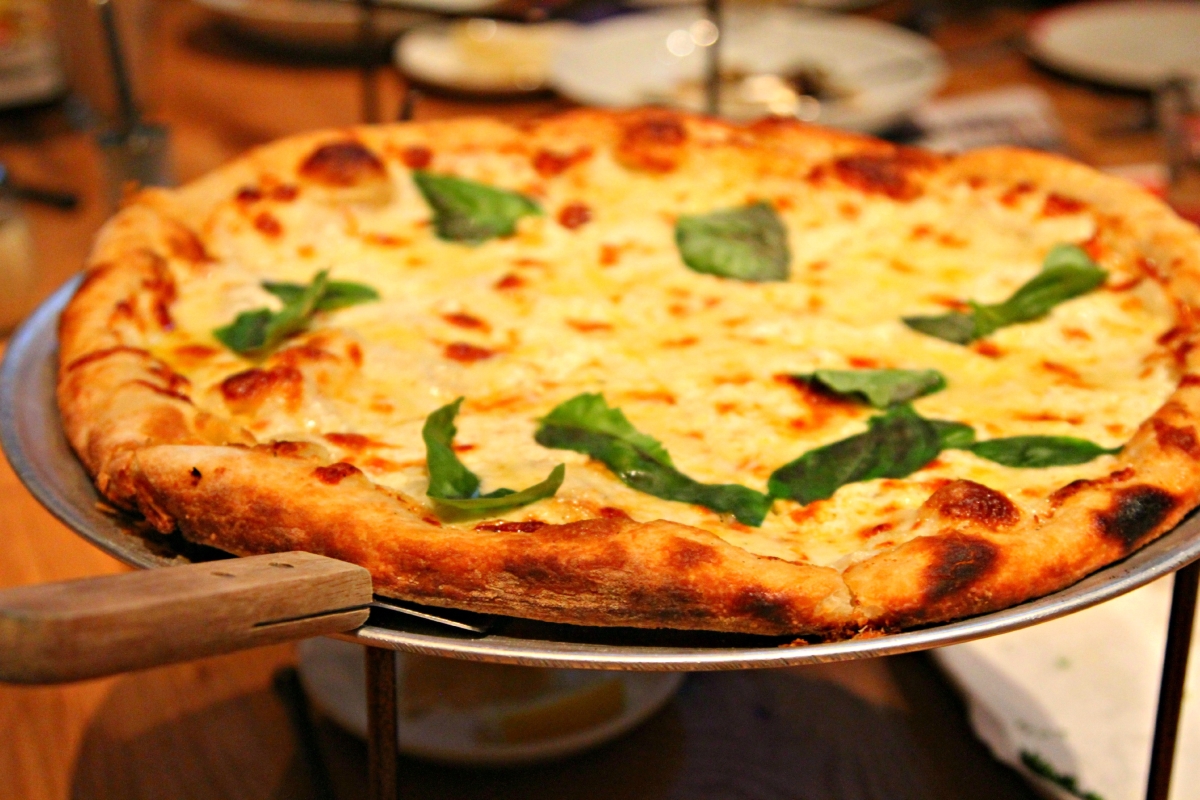 While I highly encourage those who eat there to indulge in as much food as possible, since it is outragesouly delicious, I also recommend that they save room for the decadent desserts.  I tried the vanilla ice cream sandwich made of pizzelle cookies with a shot of Italian cream soda and it is a dish I will never forget. 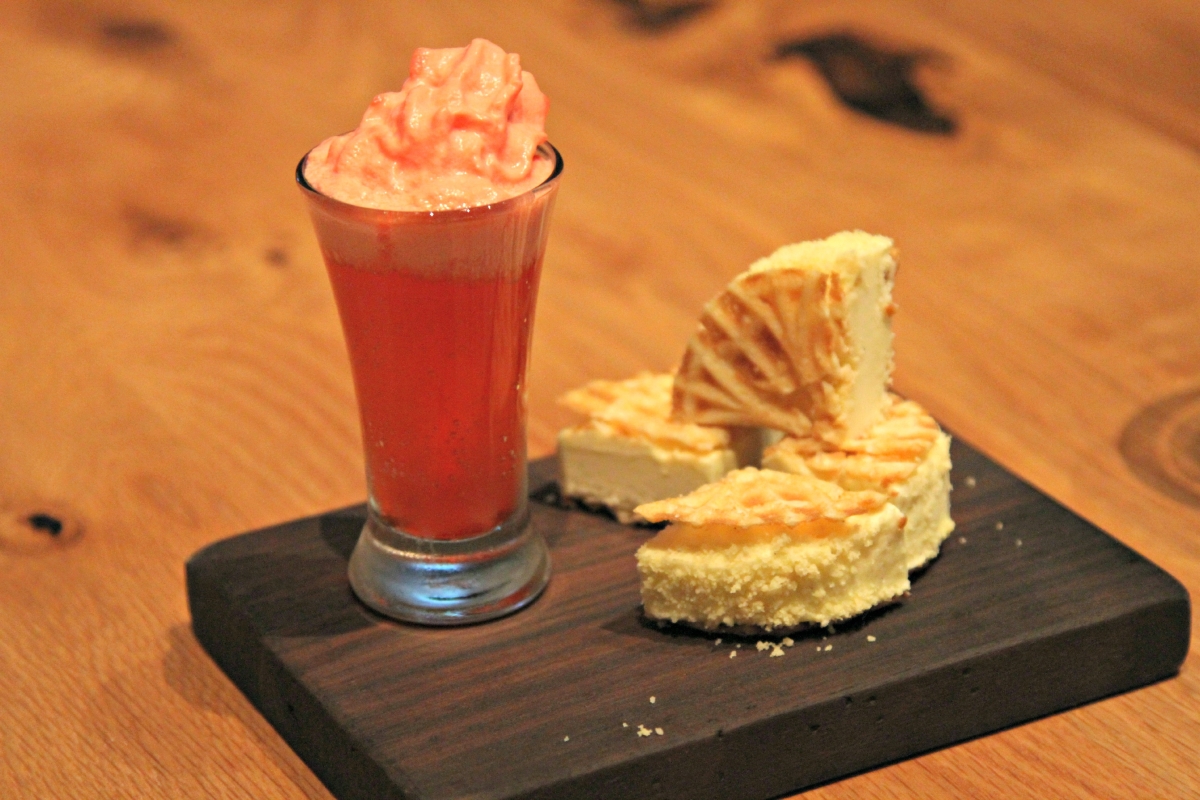 Our next stop, which was located in Aria as well, was to Sage.  Although it is known for being one of the best restaurant’s in Las Vegas, its food was not the reason that we were there.  We were visiting for a cocktail demonstration of the infamous 140-proof green liqueur Absinthe. 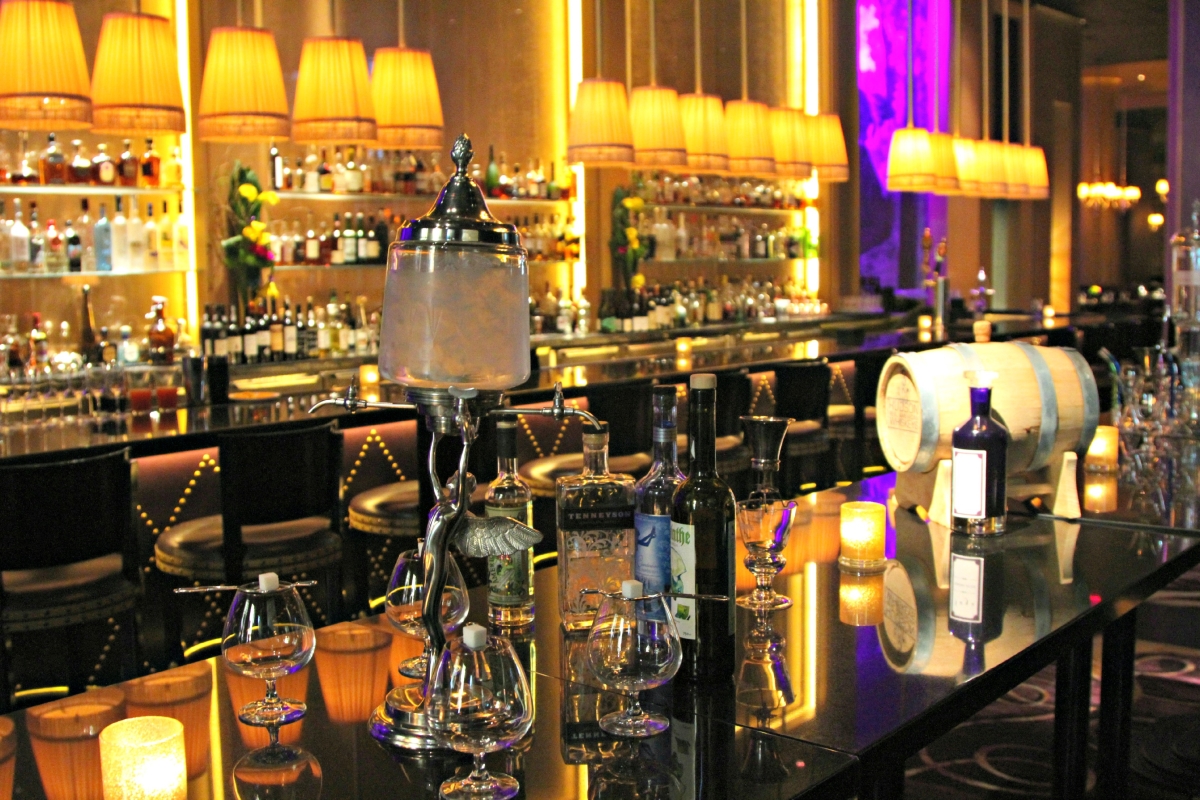 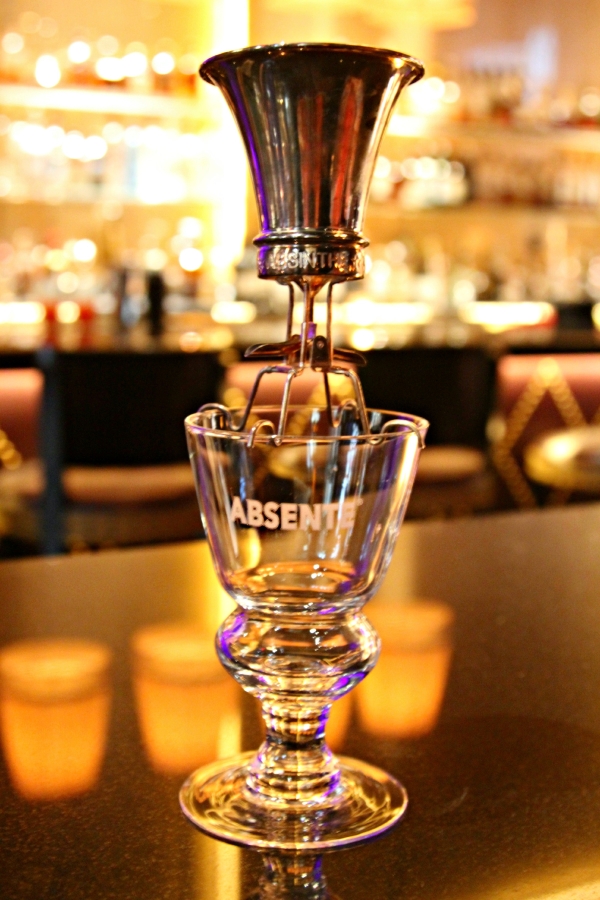 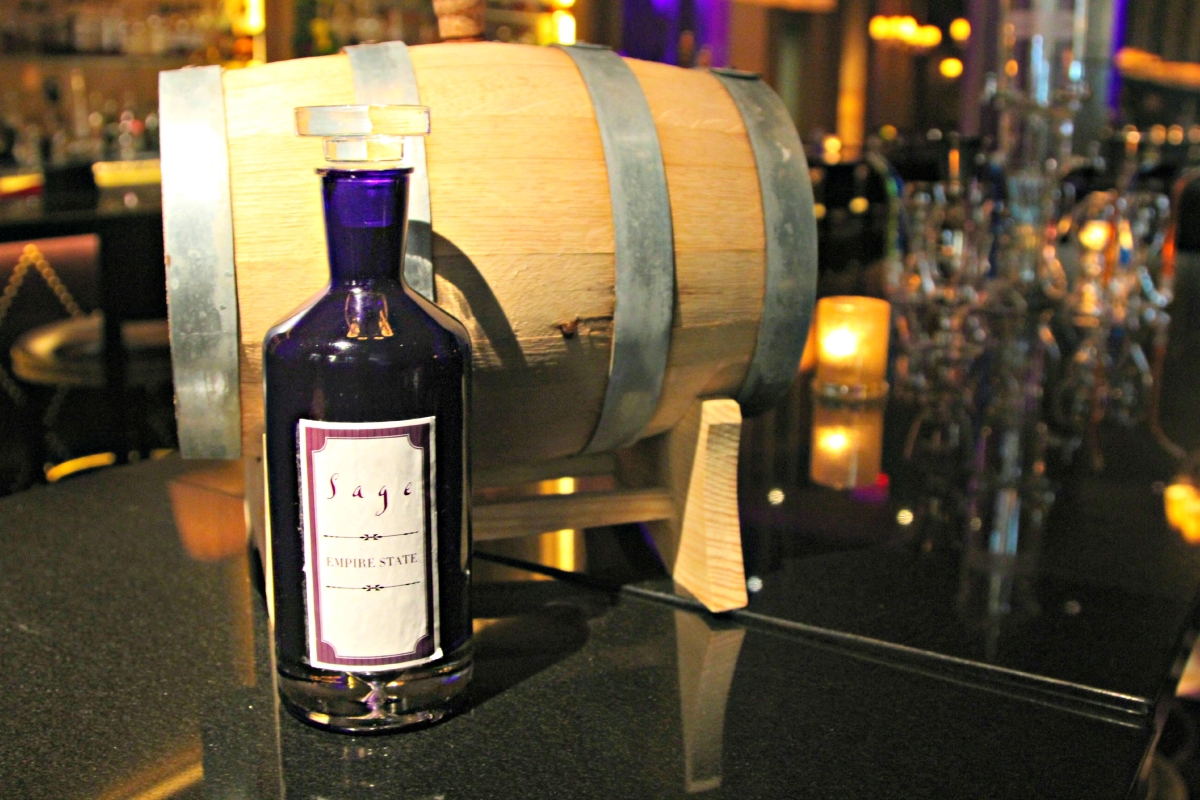 Absinthe consists of fennel, anise, and the exceptionally bitter leaves of Artemisia Absinthium.  The latter ingredient, also known as wormwood, gives the drink its name and reputation.  Wormwood has in it an ingredient named Thujone that can potentially make the drink hallucinogenic.  It was first distilled in Switzerland in 1792, where it was marketed as a medicinal elixir, but in the 19th Century consumers began turning to the licorice tasting drink less for stomach pains and more for soul laundering. 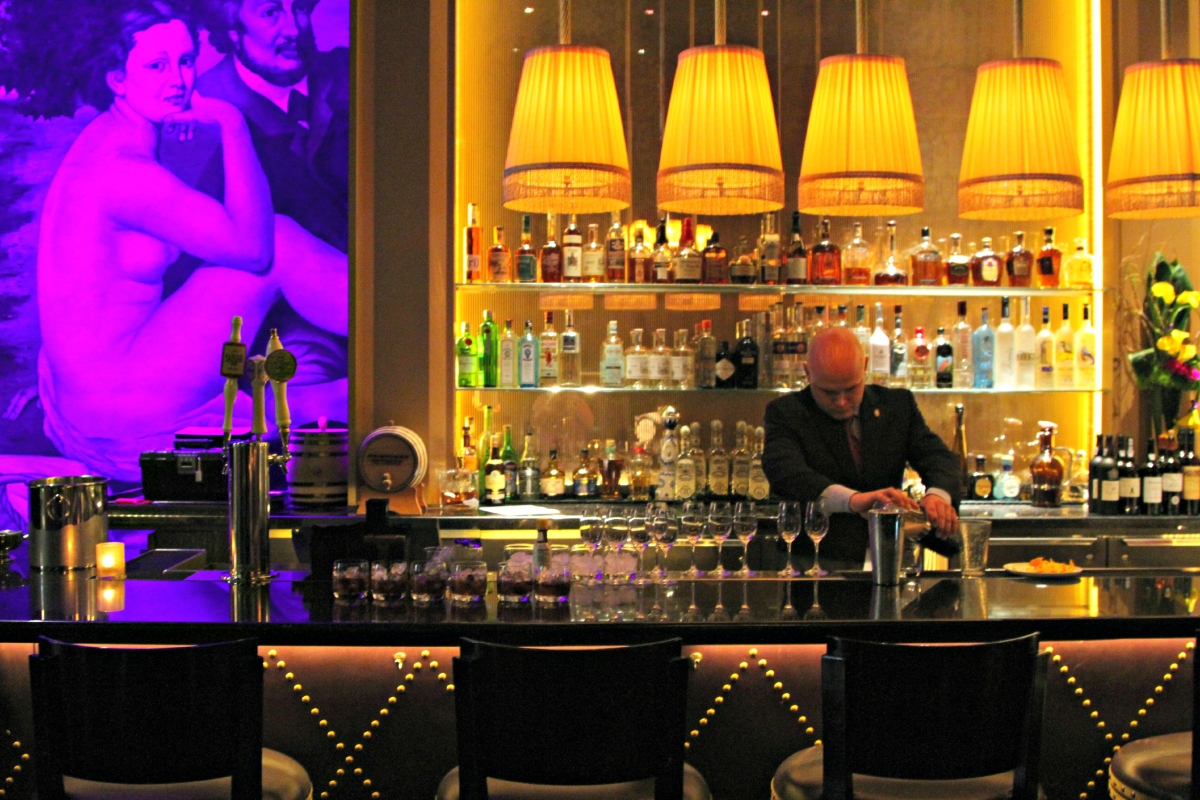 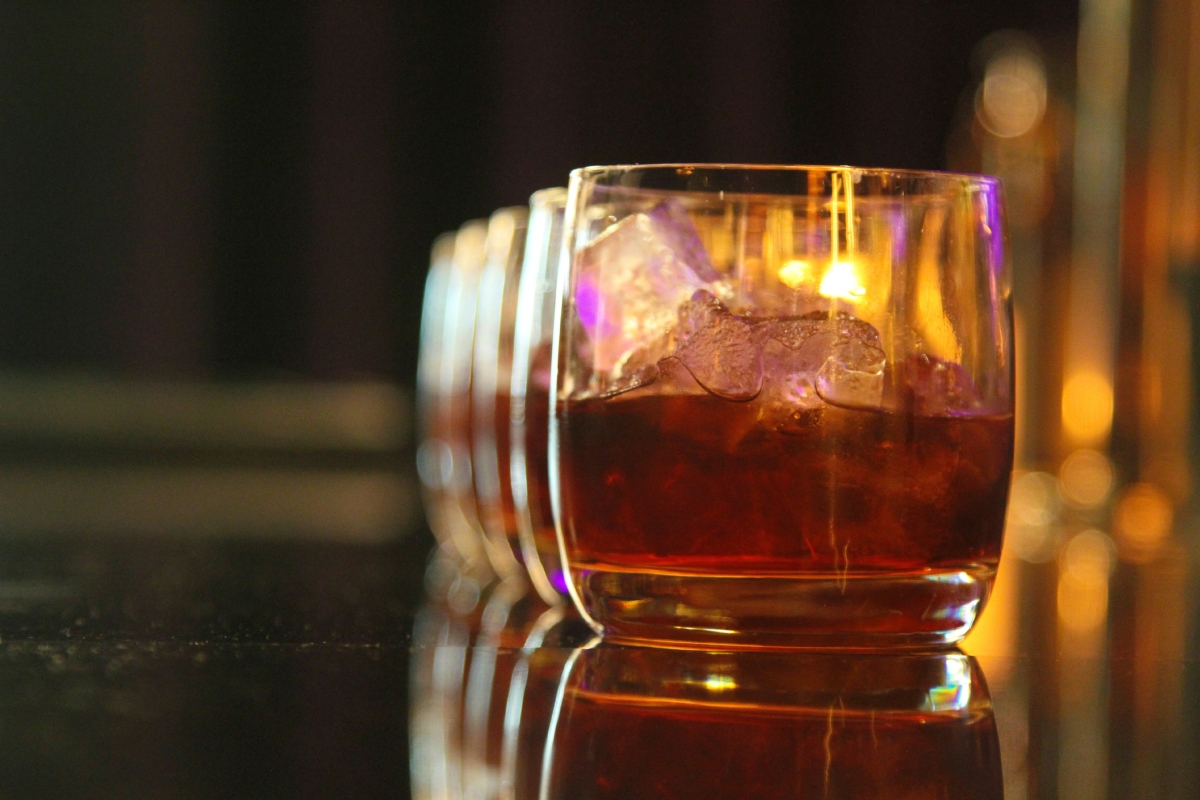 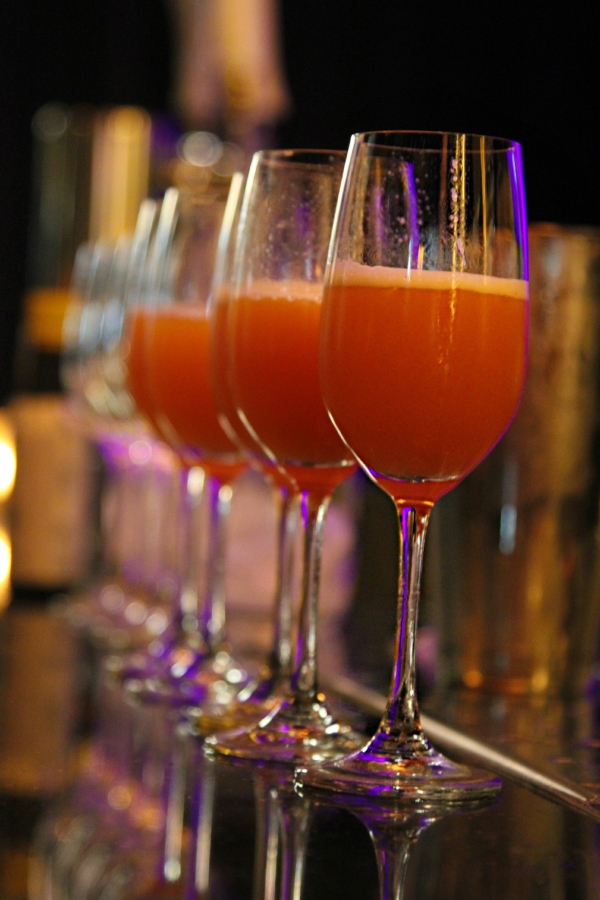 We tried various cocktails with and without Absinthe, but my favorite was definitely the final drink of the tasting: Absinthe Glow.  When mixed with sugar and water and heated to a certain degree, Absinthe turns from a deep green to a milky opal and has an exquisite taste.  Absinthe is not cheap, however it is definitely worth the splurge. 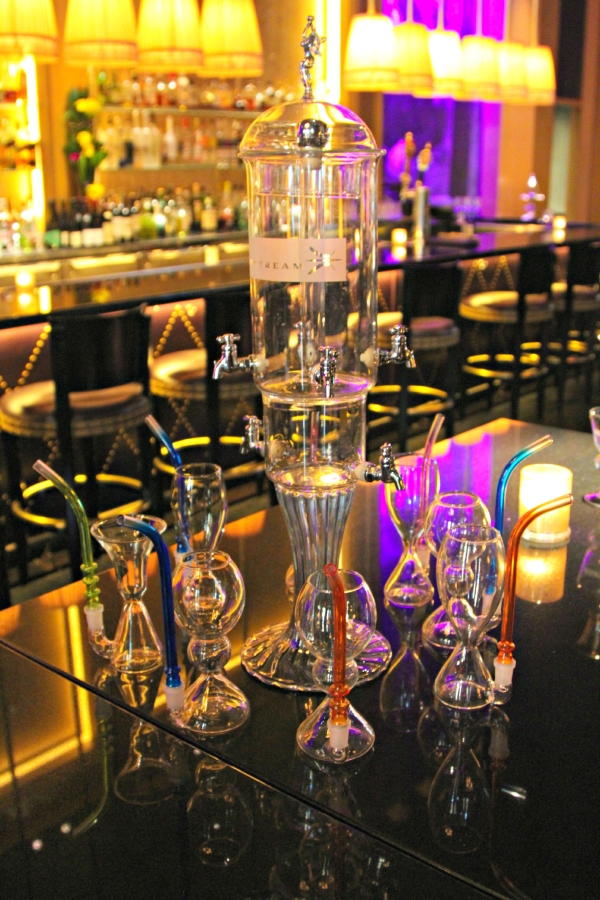 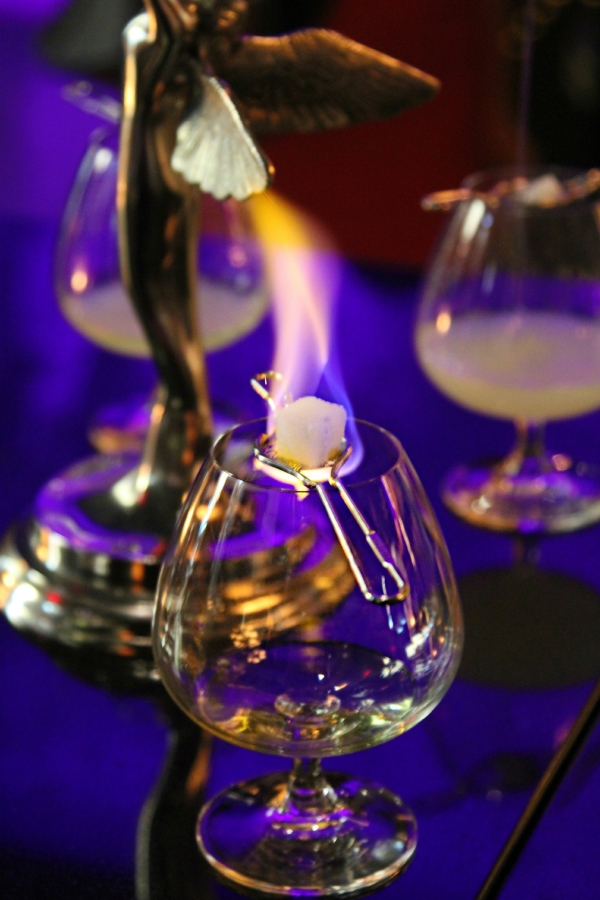 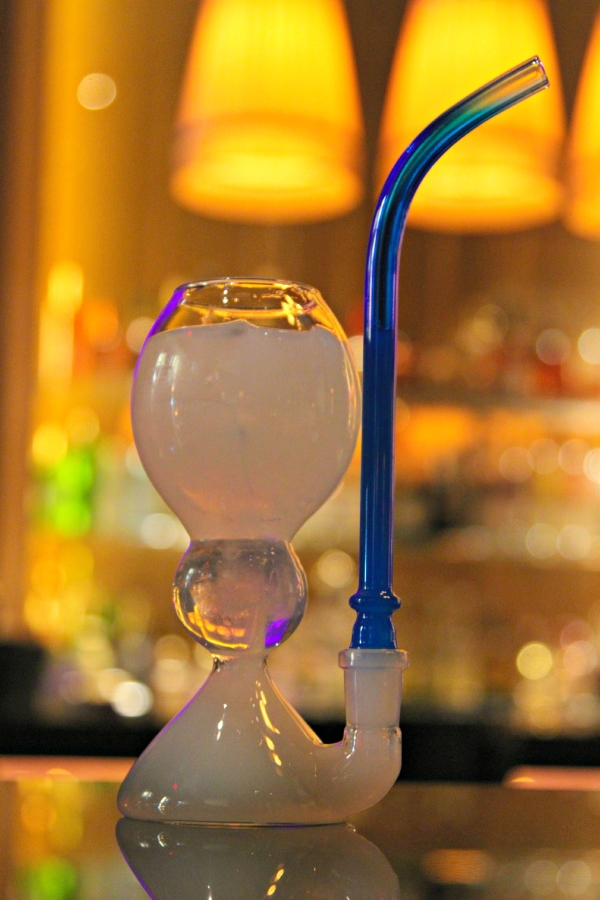 Feeling good thanks to the Green Fairy, we then departed for an experience that ended up being the highlight of the trip for me. . .