Have you heard of SmashFund yet? This is a powerful new social networking cum crowdfunding platform that is about to change the way we see digital businesses. It is a reward-based system that gives every social media user the chance to make good money out of regular social networking practices. This has all been possible due to Rob Towles’ relentless endeavors. He has screened the best features of social networking, social media, revenue sharing and crowdfunding to give life to a longstanding dream. The seamless reward system algorithm provides equal opportunity for each member to raise funding from the SmashFund members for multiple projects and causes.

Who is Rob Towles?

Rob Towles CEO of SmashFund, is sure that his brainchild is destined to achieve great things. SmashFund is looking forward to redefining the crowdfunding market. Many people debate that it is a retake on other crowdfunding platforms like Kickstarter and GoFundMe, but none of these existing platforms harness the power of social media as SmashFund does. By offering incredible rewards and returns, this new platform follows a positive feedback model. The existing members find the incentive to share and promote the platform in exchange for instant rewards. 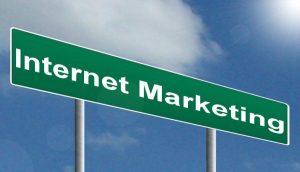 What helps Towles, the leader in network marketing?

Rob Towles has worked with some enterprises and has powered some fresh initiatives. In fact, he has even worked as a leading mortgage expert with Ditech Financial LLC. He has supervised mortgage loans worth more than $200 million during the 2004 to 2008 period. Towles has also shown his expertise during his stint at Full Card Interactive. Full Card Interactive is a social game investment organization that has funded Buffalo Studios and Cloudyshark Studios. He has overseen the development of iconic crowd-pleasers like Bingo Blitz, Bingo Rush and Bingo Rush 2. He is still a working member of the Full Card Interactive team.

He is an avid multitasker. While working with FCI, he founded the SmashFund Inc. This unique crowdfunding platform that doubles as a social network is indeed a game changer in the modern Digital Marketing Services platform. His entrepreneurial ideas have made him a distinguished business leader, innovator, and pioneer.

He has even developed his business model while working on the ideas for SmashFund. He has forged a 3×3 forced matrix model and manipulated it to suit the business needs. His new crowdfunding social networking platform allows users to sign up on an invitation basis. The users do not have to become registered members to experience the rewards of SmashFund. Even you can become a part of the massive profit wave thanks to his “no registration fee” membership opportunities.

Rob Towles is a visionary and a legendary entrepreneur, who thinks ahead of his time. His ideas are perfect for the sustainable growth of businesses and for facilitating large profit generation models well-suited for the common internet users.